Articles
Max Prosperi is a part-time frequent flyer and travel writer and full-time student. Based in St. Louis, Missouri, Max covers a variety of topics with a focus on points, miles, and aviation.
Follow
April 14, 2019
•
4 min read 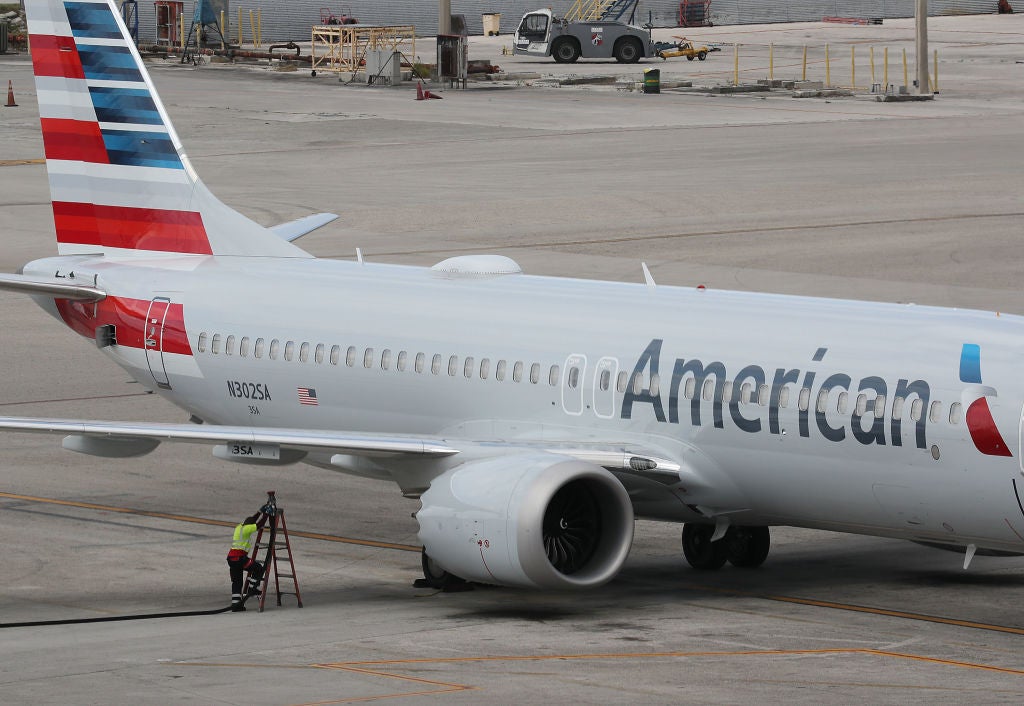 American Joins Southwest in Scrapping 737 MAX Flights Through Summer Travel Season
This post contains references to products from one or more of our advertisers. We may receive compensation when you click on links to those products. Terms apply to the offers listed on this page. For an explanation of our Advertising Policy, visit this page.

American Airlines has extended its cancellations for flights operated by the Boeing 737 MAX through August 19, becoming the latest airline to scrap its plans to fly the plane through the busy summer travel season. American's decision highlights just how difficult it will be to resolve safety issues for the jet and adds a headache to hundreds of thousands of vacationers who need need to deal with schedule changes. The cancellation will impact 115 flights per day, the airline said in a statement.

American Airlines cited the upcoming busy summer travel season as the primary factor in deciding to prolong cancellations. "As we prepare for summer, our focus is around planning for the busiest travel period of the year...Our commitment to each other and to our customers is to operate the safest and most reliable operation in our history", read a statement co-authored by airline CEO Doug Parker and President Robert Isom.

American Airlines noted that the airline is "highly confident that the MAX will be recertified prior to this time." However, with the grounding of the Boeing 737 MAX, approximately 115 flights, roughly 1.5% of American's daily flights, will be impacted. The airline says extending Boeing 737 MAX cancellations through the end of the peak summer travel season will allow it to proactively accommodate passengers and handle operational issues.

The co-authored statement from Parker and Isom also noted that American's "Reservations and Sales teams will continue to work closely with customers to manage their travel plans."

Passengers who are concerned about the status of their flight as a result of the extension of Boeing 737 MAX cancellations should contact American Airlines now rather than the week or day of their flight. As airlines shuffle planes, other routes will be affected so keep an eye on your itinerary and keep checking it up until the date of departure. If the aircraft has been switched, there's a chance you could lose seats together with any travel companions. There's also a chance passengers might find themselves rebooked on a connecting flight or leaving at a different time of day. If your flight was moved more than an hour, try calling the airline to be moved to another flight or ask for a refund and rebook with another carrier. Passengers who proactively contact American to inquire about their flight and make necessary changes now will avoid long hold times and disruptions on the day of travel.

According to analysis of AA's flight schedule, American Airlines' most common MAX routes are:

Southwest Airlines, which operates the largest fleet of Boeing 737 MAXs worldwide, also recently adjusted its schedule, removing the Boeing 737 MAX from its schedule through August 5. Southwest also cited the ability to better handle operational issues during the summer travel season.

Boeing 737 MAX remains grounded worldwide following two high-profile crashes that resulted in the death of 346 passengers within a five-month period. The Boeing 737 MAX's faulty MCAS has been implicated in both crashes. As a result of the Boeing 737 MAX grounding, operators across the globe have faced numerous disruptions to operations. Boeing has also faced significant losses, with the company's stock falling roughly 10% during the past month. This latest cancellation extension signifies just how serious the MAX issues are, and how long it will take not just to fix the problem but also to train pilots.