How some airlines are getting involved in blockchain, cryptocurrency and NFTs 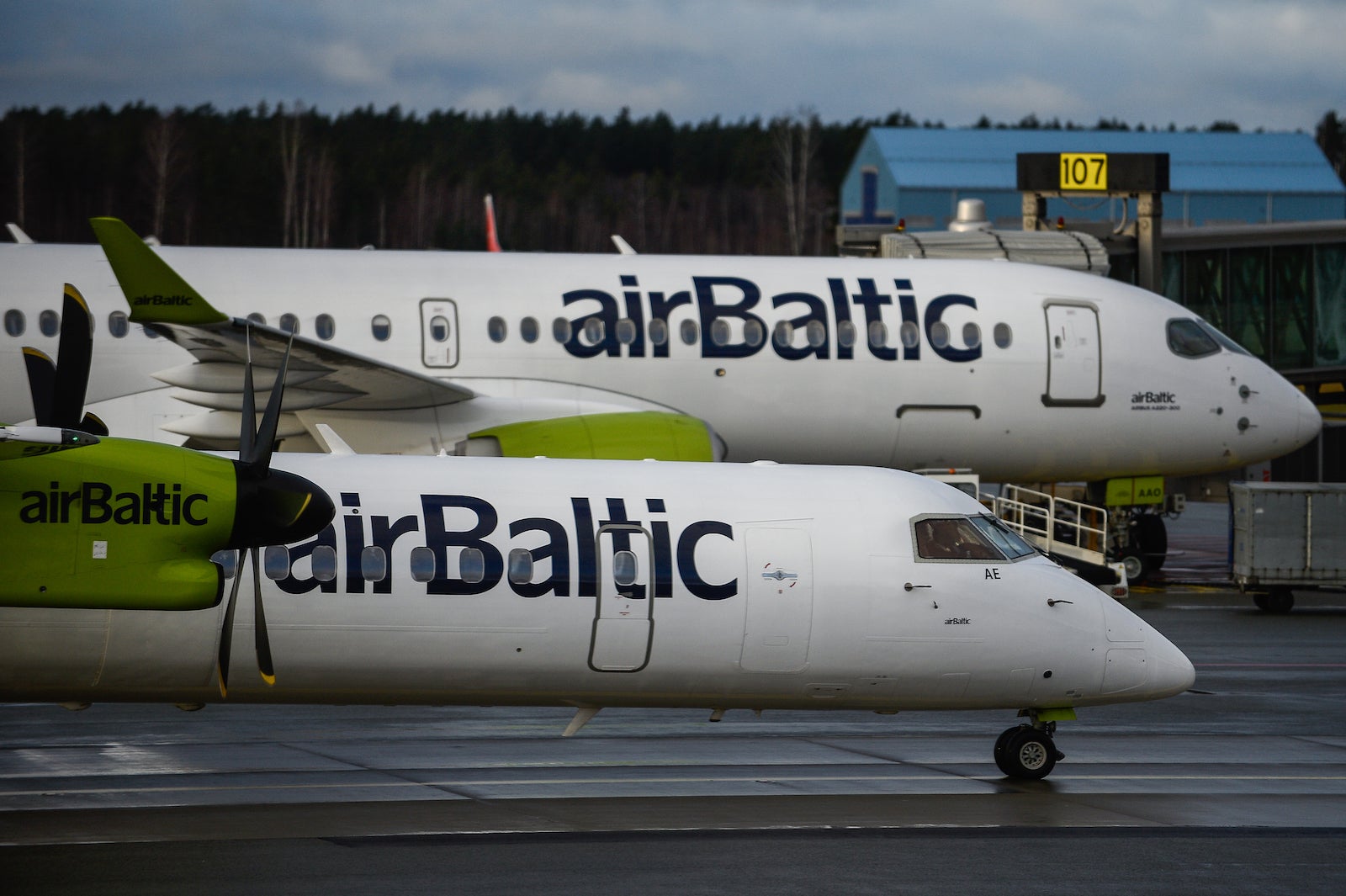 How some airlines are getting involved in blockchain, cryptocurrency and NFTs
This post contains references to products from one or more of our advertisers. We may receive compensation when you click on links to those products. Terms apply to the offers listed on this page. For an explanation of our Advertising Policy, visit this page.

Late last month, airBaltic presented the Planies, the airline’s latest entry into the world of non-fungible tokens (NFTs). The Latvian airline has placed high expectations on this collection of ethereum-based NFTs depicting a world of friendly-looking cartoon aircraft. This June, 10,000 of them will be issued.

In a conversation with TPG, airBaltic’s CEO Martin Gauss explained how he envisages the Planies becoming a brand in their own right.

In terms of scale, the Planies are one step up from airBaltic’s preceding NFT experiment, its Latvian city collection series, which features one of the carrier’s A220s next to an image representative of a Latvian city. First issued in 2021, airBaltic has so far minted 10 series of these NFTs, containing 190 items in total, which are traded on the Opensea marketplace.

In case you were wondering how they are doing … well, at the time of writing the all-time traded volume of 3.26 ETH isn’t exactly moving the needle, financially speaking, for airBaltic. However, according to the airline’s CEO, that is not the point. For Gauss, it's all about being ahead of the curve.

“We see this as part of our ongoing commitment to innovation. More than a decade ago we were first to see the potential of what was then a state-of-the-art, clean-sheet aircraft project, what is now the Airbus A220," he said.

"We currently see blockchain and its multiple applications, including NFTs, as a great tool to learn and to develop new capabilities,” he explained, before highlighting how the airline likes to stay on top of every potentially disruptive technology.

To give credit where it’s due, airBaltic was the first airline to accept payments in cryptocurrency back in 2014, and it continues to do so to this day. It now accepts other coins such as Ether and Dogecoin, although it doesn’t hold them but instead converts the proceeds after the sale.

Despite some anecdotal data pointing to the contrary — for example, in 2020, private jet broker PrivateFly said nearly 20% of its bookings were being paid in Bitcoin (hard to tell whether this is still the case, since PrivateFly no longer discloses revenue information) — the fact is that in the airline industry, ticket payments in cryptocurrency remain the exception rather than the rule.

Even for an early adopter such as airBaltic, these don’t seem to amount to anything more than “a few transactions a week” confirmed Gauss.

This hasn’t discouraged a growing number of airlines from entering this space, well aware that there is more to blockchain technology than cryptocurrencies.

Emirates is even repurposing one of the pavilions at Dubai’s recently closed Expo to create a center for technological experimentation, in which blockchain applications will share the spotlight with the other big current tech themes, metaverse and Web3.

In addition to airBaltic and its Planies, a handful of other airlines are experimenting with the introduction of blockchain technology in their loyalty programs.

Related: Airlines and travel agencies that accept Bitcoin for payment

Air Asia was one of the first to jump on the crypto bandwagon with its BigCoin tokens, but four years after its launch, little is known about the performance of this initiative. There's no mention of BigCoin on the airline’s website (despite its rather comprehensive section dedicated to its “BIG” rewards program). Sources at Air Asia declined to comment on this matter when contacted.

Singapore Airlines, in contrast, has been enhancing and expanding its blockchain-based rewards project, which links KrisFlyer frequent flyer accounts to a KrisPay wallet with a revamped wallet called Kris+.

In the U.S., the same investors that have backed the launch of the new Northern Pacific Airways and the re-launch of Ravn Alaska are rolling out Flycoin, an ethereum-based rewards program, not just for these two airlines, but for any other travel operator that would like to join.

The ability of blockchain technology to provide a trusted verification ledger for all sorts of transactions extends to more mundane, behind-the-scenes processes. It's in areas such as aircraft refueling or ticket distribution that smart contracts may already be starting to prove their worth.

In 2021, Gazpromneft-Aero, the jet fuel subsidiary of Russian government-owned energy firm Gazprom, announced the rollout of a blockchain-based smart contract program for aviation fuel supply. This pioneering technology, which facilitates instant payments between airlines and fuel suppliers by eliminating red tape, has since been used to fuel about a hundred domestic flights by Russian airline SmartAvia.

Related: You can now redeem points for crypto-but you may not want to

During its development stages, Gazpromneft-Aero also partnered with S7 Airlines, another airline that's no stranger to blockchain technology. In 2019, Russia’s largest private carrier launched a ticketing platform for travel agents based on blockchain.

Just as in the fuel distribution, it's another area in which smart contracts help the parties settle transactions more efficiently. Some new players have sprung up in this field, such as Winding Tree, an ethereum startup that has been helping airlines such as American Airlines and Lufthansa make their flight inventory available to third parties in a decentralized way.

So far, these involve transactions between corporate operators, but “there is no reason the whole travel-ID process couldn’t be smarter,” said airBaltic’s Gauss when asked about the sort of things the airline’s in-house tech team is looking into.

In Spain, and while it awaits the resolution of the IAG acquisition imbroglio, Air Europa has already come up with what it claims is the first ticket ever in NFT format, the “NFTicket,” launched in partnership with tech firm TravelX.

Buying one of the 10 curated works, each by a different artist, will get you a business class ticket on Air Europa’s November 29 flight to Miami, just ahead of Art Basel, as well as access to several perks and activities connected to the renowned art fair. The NFT will still need to be presented at the airport’s check-in counter so that the corresponding tickets can be issued.

Featured image by SOPA Images/LightRocket via Getty Images
Editorial disclaimer: Opinions expressed here are the author’s alone, not those of any bank, credit card issuer, airline or hotel chain, and have not been reviewed, approved or otherwise endorsed by any of these entities.