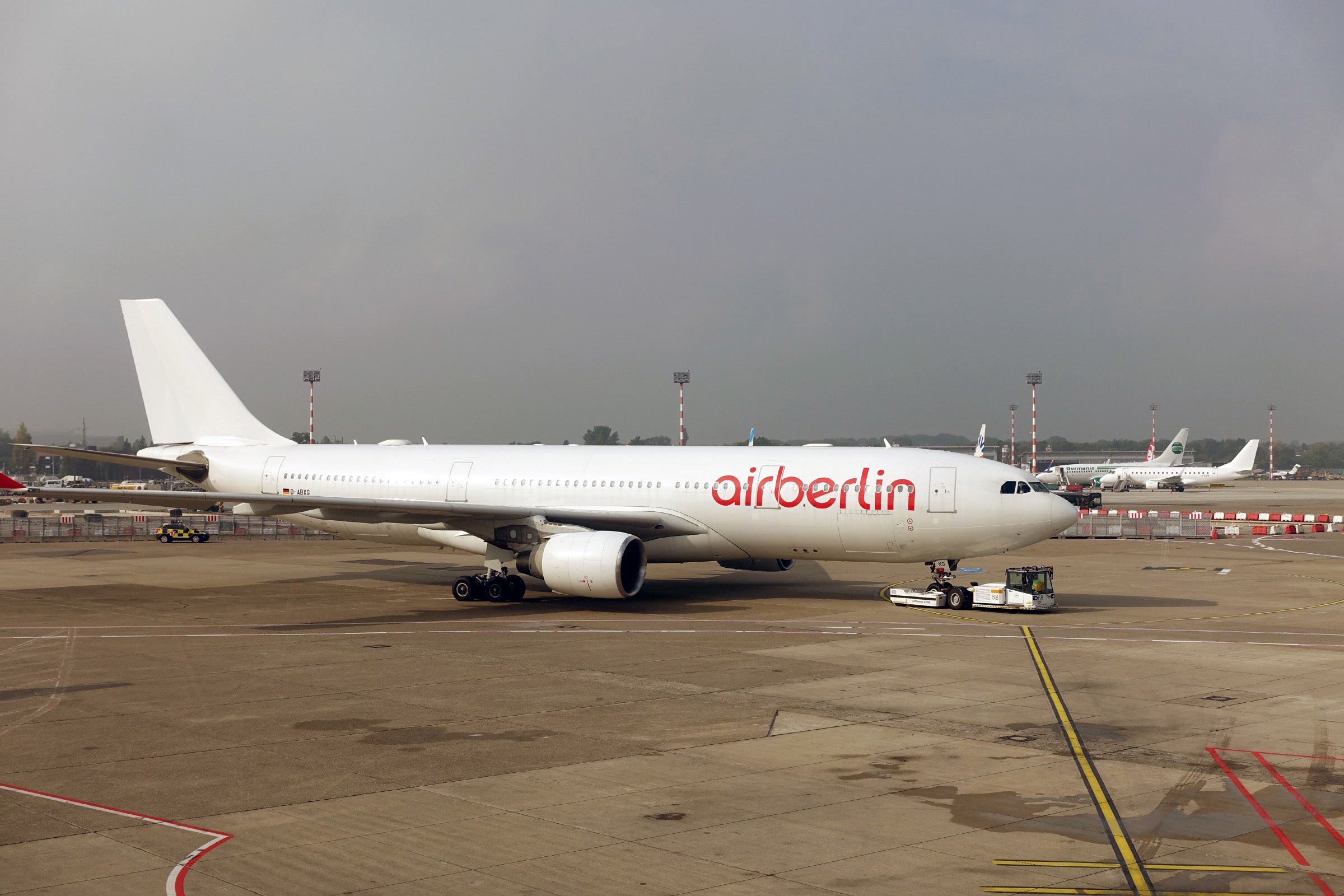 Bankrupt Air Berlin Wants Passenger to Pay for Cancelled Flights
This post contains references to products from one or more of our advertisers. We may receive compensation when you click on links to those products. Terms apply to the offers listed on this page. For an explanation of our Advertising Policy, visit this page.

An Air Berlin passenger who had a flight cancelled by the bankrupt carrier when it ceased flight operations recently received a bizarre notice from the company.

The passenger, who paid for the plane tickets with a Chase card, reached out to dispute the charge when they learned that the plane wasn't going to leave the ground. Chase refunded the charge to the passenger as we would all expect.

That's where things seem to run off the rails. The passenger was notified by Air Berlin that it was seeking to recover the $2,200 that the passenger had paid for the tickets. The passenger says a bill was received from Air Berlin and a court order to repay the $2,200. It would seem the airline was trying to clawback the money that was refunded to the passenger — by Chase — as a part of the bankruptcy proceedings.

The debate is raging as to if the passenger is liable to repay, if the debt is even valid, or if Air Berlin should be pursuing Chase in the matter. Most would agree that because Air Berlin was in material breach of the original contract to render a service that was then never provided, the passenger should be in the clear. However, the matter of the airline being in bankruptcy seems to cloud things somewhat.

Bankruptcy provides some protection for the company from its creditors. This includes passengers seeking refunds for cancelled flights. This has been an on-going issue for Air Berlin passengers since the company filled for bankruptcy back in 2017. In this case however, this US-based passenger does have protection under the Fair Credit Billing Act because payment was made using a credit card. This law provides protection to customers who pay for items or services using a credit card that are never rendered by the seller. The consumer then can dispute the charge with their credit card company because the goods or services were never received or provided.

One type of billing error under the FCBA is a reflection on or with a periodic statement of an extension of credit for property or services not accepted by the consumer or not delivered to the consumer as agreed. Unless there was some agreement on this matter, this situation could involve a billing error for dispute (e.g., “not delivered as agreed”) — industry tends to call the dispute process a “chargeback.”

In this case, it would seem that the passenger made the right call by contacting Chase to dispute the charge. It would be up to Chase to seek reimbursement from Air Berlin. The good news for US consumers is that the FCBA requires Chase to absorb the debt should it not be able to collect from a bankrupt merchant like Air Berlin.

This is just another example proving that it's important to understand what type of protection your cards offer in situations like this, as well as what protections you have under the law. Most of us would expect that if a flight gets cancelled, we get our money back, plain and simple. But in certain situations, actually getting that refund may take some legwork and diligence on your part to follow the proper procedures with your credit card company.

If you are currently holding any tickets issued by Wow Air, now might be a good time to brush up on your "Terms and Conditions" knowledge for your credit card to see if you have travel protection.

H/T: View From the Wing and Elliot Advocacy