Articles
Ben Smithson is a senior writer for TPG UK. Originally from Australia, he is the primary points and miles writer for the U.K. site.
Follow
Sept. 22, 2021
•
11 min read 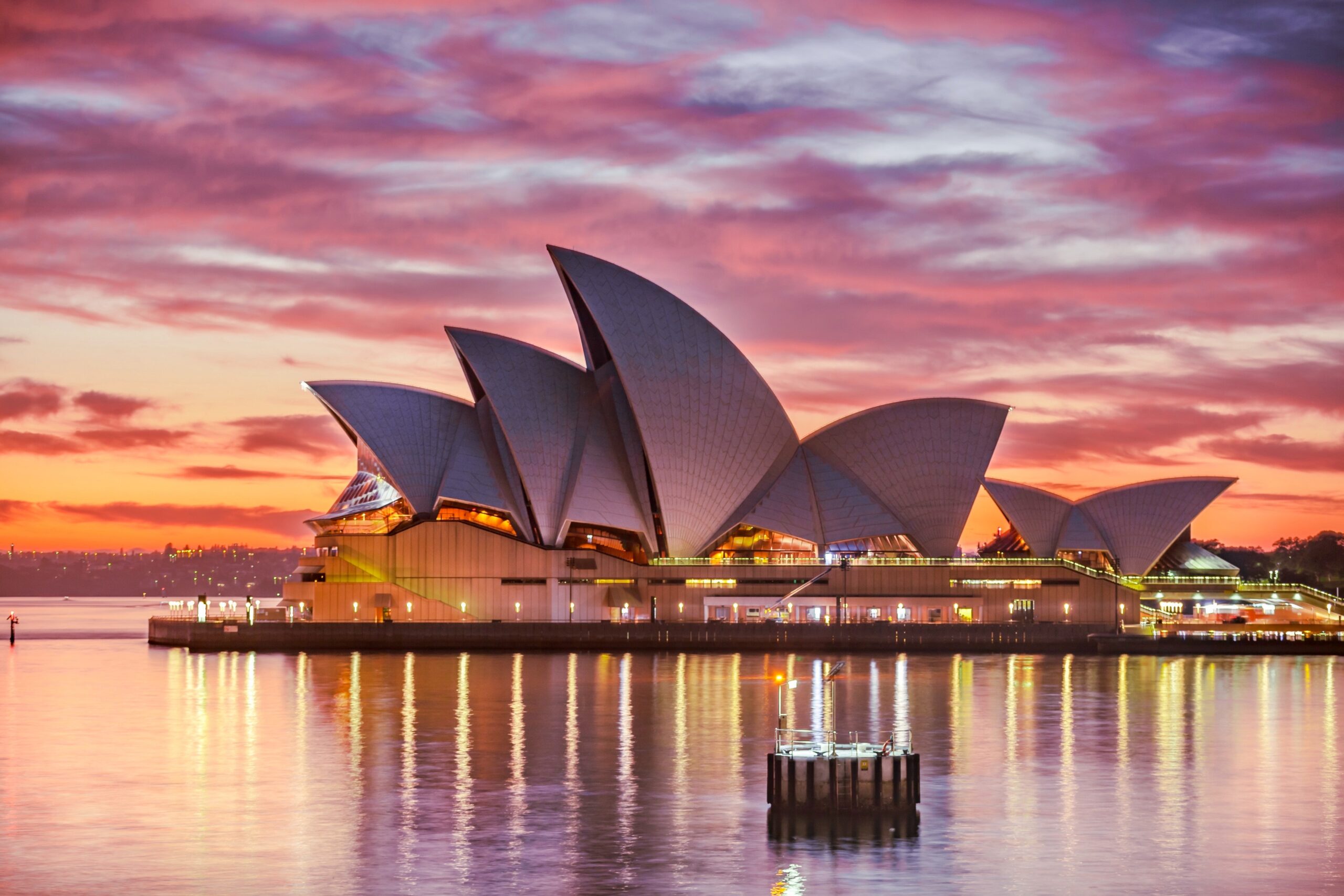 Australian airline Qantas has announced plans to restart long-haul services to the United Kingdom and the United States as well as several other destinations from Dec. 18, 2021.

As an Australian living overseas, I haven't seen my family since before the pandemic — and I'm eager for leisure travel to resume in Australia. But I'm not hopeful it will happen this year.

To understand Australia's current position on tourism, you must first understand how they have dealt with the pandemic.

For more daily TPG news delivered straight to your inbox, sign up for our daily newsletter.

Australia has experienced a rollercoaster pandemic. Back in March of 2020, they locked down hard and fast, quashing COVID-19 in the community very quickly.

Along with nearby New Zealand, the country was praised for what was at the time one of the most successful pandemic responses. Life within Australia quickly returned to normal: restaurants, bars and sporting events resumed and Australians were free to socialize with minimal restrictions.

As cases increased overseas, the Australian government quickly introduced new laws banning Australians from leaving the country for most reasons, including leisure travel. Australians leaving permanently, as well as foreigners returning home could apply for an exemption to leave Australia.

For 18 months now you have needed written permission from the Australian government to leave the country save for a brief "travel bubble" established with New Zealand that has since been canned.

Foreigners were also banned from entering the country without good reason (such as a diplomatic or important business purpose) so as not to take a space from an Australian trying to return home, as I'll explain below.

The cost of returning home

Australia also introduced a strict mandatory hotel quarantine for all arrivals from overseas, regardless of where they arrived from. Even arrivals from New Zealand and Singapore, which were managing the pandemic very well, still at first had to spend 14 days locked in a hotel room.

In Australia, you're not allowed out of your hotel room for any reason, meaning the only exercise you'll get is walking from the bed to the bathroom. Many of the hotel quarantine rooms have windows that do not open, meaning no fresh air for two weeks.

Security guards are stationed outside doors in case guests attempt to leave their rooms.

This tightly managed hotel quarantine system is expensive to operate. Initially, it was provided at no cost as thousands of Australians stranded overseas rushed home when borders slammed shut. Within a few months, in 2020 the Australian government began charging each new arriving passenger for their hotel quarantine.

A single passenger can expect to pay around $2,300 for hotel quarantine in Australia.

Still, even with passengers paying for their quarantine, the costs continued to mount and the Australian government introduced strict limits on the number of international arrivals into Australia. This meant Australians booked to return home would have their flights regularly cancelled as airlines had to reduce passenger loads. A maximum of 40 passengers on an Emirates or Singapore Airlines Boeing 777-300 aircraft that can carry up to 10 times this number of passengers became the norm.

Why would an airline bother operating a flight with hardly any passengers?

Some airlines, such as Qatar Airways, have been only selling business-class tickets on their flights to Australia to try and make the flights financially viable. If any Australians were still trying to return home, they were looking at spending thousands of pounds on a one-way flight, or they were stuck overseas.

Then Melbourne had a major slip-up.

A security guard at a hotel quarantine facility reportedly had inappropriate contact with a guest in quarantine, caught COVID-19 and returned home after their shift.

With no community spread, locals were not practicing social distancing or bothering to get tested and COVID-19 quickly raged through the community. Melbourne was plunged into a brutal lockdown that lasted for months.

Australia commenced its vaccination program earlier in 2021 like many other countries. Many Australians were hesitant to take the vaccine. With no community transmission in their home state over the last summer, why was there was a need to get vaccinated?

As a result, while northern hemisphere countries raced to vaccinate their populations during the winter, Australians just continued normal life. Few tests, few vaccinations, large events and plenty of socializing on their safe island nation.

Then the delta variant arrived.

Arrival of the delta variant

In May of 2021, the delta variant entered the community in Australia. Its exact source is difficult to trace, though it could have been a bus driver who drove foreign airline crew from an Australian airport to their quarantine hotel, and then returned into the community.

This more infectious strain has ravaged several Australian states, most notably its most populated: New South Wales and Victoria, home to the big cities of Sydney and Melbourne. With such low vaccination rates, cases went through the roof.

More than half of Australia is now under some of the strictest lockdown conditions in the world (including nightly curfews, where you must have a good reason to be outside your home). This is all while other countries complete their vaccination programs and are loosening restrictions.

After a very sluggish start earlier in the year, however, Australia is now vaccinating its residents at a remarkably rapid rate with 35% of the population now fully vaccinated. While this amount may not sound impressive compared with other countries, only 3% of the country was fully vaccinated in mid-June.

Related: 10 Reasons you should visit Australia

With thousands of new community cases per day, the so-called "zero" COVID-19 policy Australia has followed for the pandemic is no longer realistic. It could be years before the country is back to zero cases.

Instead, the Australian government has promised to ease lockdown not when cases return to zero, but instead when vaccination rates are higher. For New South Wales — the state hit hardest by the delta variant cases — many restrictions will end for fully vaccinated individuals once 70% of the adult population of the state is fully vaccinated, which will likely happen in mid-October.

Australians who were hesitant to take the vaccine are now racing to be vaccinated as quickly as possible in a desperate bid to end the current restrictions.

As other countries welcome foreign travelers without quarantine and relax restrictions on their own citizens traveling for leisure purposes, Australians are understandably eager to know when they can do the same.

Perhaps as an additional incentive, the Australian government has said not only will lockdowns end when high vaccination rates are reached but also international travel restrictions will finally be significantly relaxed.

Australian flag carrier Qantas has jumped at that news and announced its international long-haul flights will resume this November, but only Australian citizens will be allowed to travel - no foreigners will be permitted entry to Australia for the foreseeable future.

The government has already proposed that fully vaccinated arrivals in Australia could quarantine in a private home for free, rather than the strict, expensive hotel quarantine. Australians may also be allowed to travel to "safe" overseas destinations with low COVID-19 case counts and high vaccination rates (such as ever-popular Singapore) for leisure, provided they are fully vaccinated.

Related: Cruising is starting to resume in Australia — but there’s a catch

In theory, Australia should be in a very different and much better situation by Christmas. Most of the adult population should be fully vaccinated, lockdowns should be over — hopefully forever — and international travel may resume.

But here's the problem I see.

Australia has insisted on pursuing a zero-case strategy for the entirety of the pandemic. If home quarantine is allowed, this is impossible.

Even with the very strict hotel quarantine system, cases from overseas arrivals still managed to break through into communities.

Also, Australians never learned to live with the virus. They've either had no cases or have been plunged into dramatic lockdowns in a desperate bid to claw back to zero.

Qantas is understandably keen to restart international flights as soon as possible. But there's an awful lot still standing in their way before those flights have a chance of actually operating:

Will all of this happen by Christmas? It's a complete overhaul of pandemic management after 18 months of a single, very strict but very consistent policy.

Related: Second Cities: Destinations to add on to a trip to Melbourne, Australia

I have flights booked to Australia for Christmas and continue to monitor the situation closely. Right now, it's looking increasingly unlikely the trip will go ahead.

An awful lot needs to change in Australia's policy in the next three months for any kind of normal international tourism to resume before the end of the year.

Australians will be approaching two years of being locked in their own country, and when you combine that with the current strict lockdowns for most of the population, it's understandable they are unhappy with the current situation.

Last year, Australia was commended for its handling of the pandemic as they enjoyed zero community infections and fairly normal life while Europe and the United States struggled with lockdowns, hospitalizations and deaths from COVID-19.

Then the delta variant roared into the country and Australia's delay in vaccinating citizens became a serious problem. Other countries are now completing their vaccination programs, ending restrictions and learning to live with the virus.

As much as I hope to see international travel to and from Australia resume by the end of this year, the huge change in government policy that would be necessary has me more than a little skeptical.