Update: Everything you need to know about Australia's bushfires 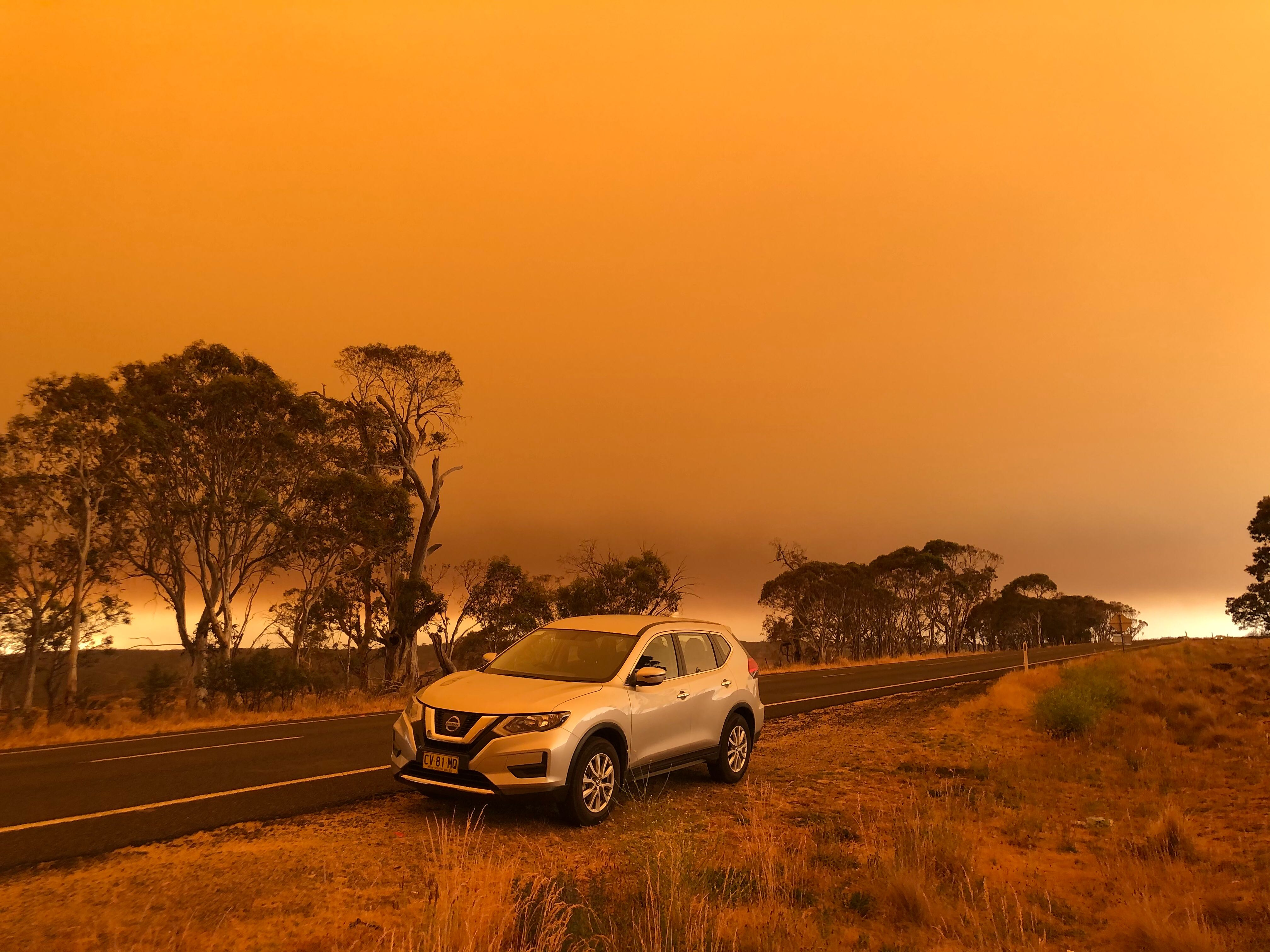 This piece has been updated with the latest news and information on how to help. The piece was originally published on Dec. 29, 2019.

Sooty rain brought a bit of relief to Australia on Monday, Jan. 6, but the devastating fires ravaging the country are far from extinguished.

Officials, according to the BBC, warm that high temperatures could return this week. And 130 individual fires continued to rage in the hard-hit Australian state of New South Wales.

Christian Kramer, general manager for TPG U.K., is currently traveling in the region. “It’s a mood and situation like I’ve never seen before," he said. "The authorities were doing a great job keeping the locals up to speed on the fires and road closures, so there was no [panic], though it was clear people were evacuating."

If you're a tourist near the Australian bushfires, the U.S. government wants you to evacuate. Local authorities ordered a tourist-leave order that began on Saturday, Jan. 4 on the South Coast of New South Wales, according to the U.S. Embassy in Australia. The page reads in part: "If you are holidaying on the South Coast, particularly in the general area from Batemans Bay to the Victorian border as shown on the map here, you need to leave ...."

The government declared a state of disaster on Jan. 2 for several areas, and some regions are under mandatory evacuation orders in response to the fires.

More than 20 people have been killed, and thousands of residents have been forced to abandon their homes. Disturbing images emerging from Australia depict dehydrated koalas desperate for help, fleeing kangaroos and charred landscapes.

A fire the size of Manhattan is raging in the Victoria state alone.

“This is not a bush fire,” the transport minister in New South Wales, told the local news. “It’s an atomic bomb.”

Destinations affected by the fires

"It isn’t just ‘one fire’ that’s threatening a particular area or town — the fires are everywhere for those impacted in the coastal areas of New South Wales," Kramer said."The total area on fire is larger than Belgium and [while] we weren’t close to any flames as such, the sky is an apocalyptic orange and red and, depending on the wind, the smoke can get very bad indeed. In Canberra ... the winds turned all of a sudden and, within minutes, the city looked like a fog had descended on it — smoke from fires both near and far. The air quality was so bad that at some point in the night, waking up, I was worried the hotel might be on fire. Though temperatures have dropped slightly in the area now and there was some local rain, this is no normal fire and it’s just devastating to witness such unstoppable destruction of such large parts of that beautiful area.”

Check the Rural Fire Service, National Parks, NSW Police and the Bureau of Meteorology for updates, however, as many popular places are safe. Visitors may encounter travel delays due to damaged or partially closed roads and should check Live Traffic for updates.

Of course, the top destination in NSW is Sydney. The city’s denizens have endured weeks of haze and polluted air, generally dampening the mood and forcing people indoors. A new report by Reuters warns fire threatens the water supply. Check in with area hotels and tour operators before arriving as scheduled.

Beyond Sydney, the Blue Mountains draw Americans to its rainforests, canyons and rock formations. Huge fires have been reported here. But Scenic World’s chief experience officer, Amanda Byrne, reminds us that the World Heritage region is enormous. “It is important for tourists to understand that the Greater Blue Mountains World Heritage area is vast — more than 1 million hectares — and there are many popular tourist areas currently unaffected by the bushfires,” she said.

All eyes will be on Melbourne when the Australian Open kicks off in late January. The state government declared a state of disaster for "several areas in eastern Victoria" on Jan. 2, and evacuation orders for some areas have been issued.

Kyle Ross, of Grand Slam Tennis Tours, an American tour operator focused on packaged trips to key tournaments including the Australian Open, said he has fielded concerned calls and one cancellation due to a preexisting respiratory issue. Ross is keeping tabs on air quality: “We’ve obviously been tracking the fires … and communicating with any travel partners with whom we’ve booked excursions for our guests. While the danger from fires is low in Melbourne, the air quality can be affected from fires elsewhere.”

If fires or smoke make travel challenging for guests, he added, conditions will affect players, too. “An air quality situation could present a test of the functionality of HVAC systems; however, Tennis Australia runs arguably the best tennis venue in the world," he said.

For interested wine travelers, the area of Adelaide Hills suffered an estimated loss of a third of its vines. “We do know there have been vineyards, wineries and cellar doors damaged, but the extent of what has occurred is not clear. What's important now is the safety of all involved and we urge everyone … to follow the advice of the SA Country Fire Service; activate your bushfire survival plans; and be aware that some roads in the area have been closed,” said Kerry Treuel, executive officer of Adelaide Hills Wine Region. (Check Adelaide Hills cellar door openings here.)

Nick Knappstein, brand manager of Riposte Wines, confirmed reports of road closures and electrical outages. “However, there are plenty of cellar doors open … the smoke has died down considerably,” he said. Knappstein reminds tourists that around Adelaide, many other attractions, beaches and the wine regions of McLaren Vale and Barossa have not been impacted.

Tourism in Tasmania remains largely unaffected, but there are fires burning here, too. Some 23 individual bushfires — two of which are quite significant — have been reported on the island state at this time, according to 7 News. Travelers can check Discover Tasmania, which has added a page with emergency information including links to the Fire Service and TasAlert, for additional information.

Tour operators have suffered cancellations, but insist popular tourism sites remain open. Check regional fire coverage before and during travel, as fires are currently reported in the area.

There are fires beyond Perth — two of which are significant, according to 7 News — though the state is largely operating per usual. The first tropical cyclone of the season is spinning toward Western Australia at this time, which could bring significant amounts of rain to the state.

What to know before traveling to Australia

If you have a trip planned to Australia and don’t have trip protection coverage through a credit card, consider a policy. In the event you have to change or cancel flights, hotels or scrap an itinerary altogether, several companies have customizable plans.

Always confirm flights with airlines before departure. Airlines canceled several flights in NSW due to low visibility from bushfire smoke. Etihad Airways on Monday announced it would waive change fees for Australian residents affected by the fires. The waivers will apply for travel to or from Australia. Virgin Australia is also waiving change fees.

Campers should check total fire bans around campsites. Groups inclusive of people with asthma, other preexisting conditions and elderly travelers can monitor the air quality index of destinations. Bring a mask, if needed. During California’s wildfires, the Governor’s Office recommended N95 or P100 respirators. The N95 is small and light compared to the P100.

If traveling to or through high-risk areas, consider a fire survival plan. Discuss with travel partners what to do if fire threatens your location; know bushfire alert levels if you’re in a vulnerable area; keep fire information numbers, websites and smartphone apps handy.

Kramer said he's been using the free Fires Near Me NSW and Live Traffic NSW apps, calling both "very helpful" for avoiding road closures and rerouting, when necessary.

Many organizations and volunteer services are actively assisting with firefighting and recovery efforts all over Australia, and there are plenty of ways to support those efforts and others.

Consider donating to the Australian Red Cross through The Intrepid Foundation, which matched up to $200,000 AUD — and 100% of all donations are being donated to these efforts.

Other relief and support efforts are being led by the Society of St. Vincent de Paul, which is helping rebuild, providing food and clothing and emotional support; the Foundation for Rural and Regional Renewal is focused on more long-term support for affected communities.

As many as 800 million animals, including koalas and kangaroos, have been killed or hurt in the bushfires. Donate to the New South Wales Wildlife Information, Rescue and Education Service (WIRES) — the largest wildlife rescue organization in the country — which has created an emergency fund to care for and rescue animals. The Port Macquarie Koala Hospital and Kangaroo Island Wildlife Park have both created GoFundMe pages to help search for injured animals, pay for veterinary assistance and help animals recover.

And if you're using a credit card to donate, you may want to give a little extra to cover any related fees or charges.

Featured image by Photo by Christian Kramer / The Points Guy.