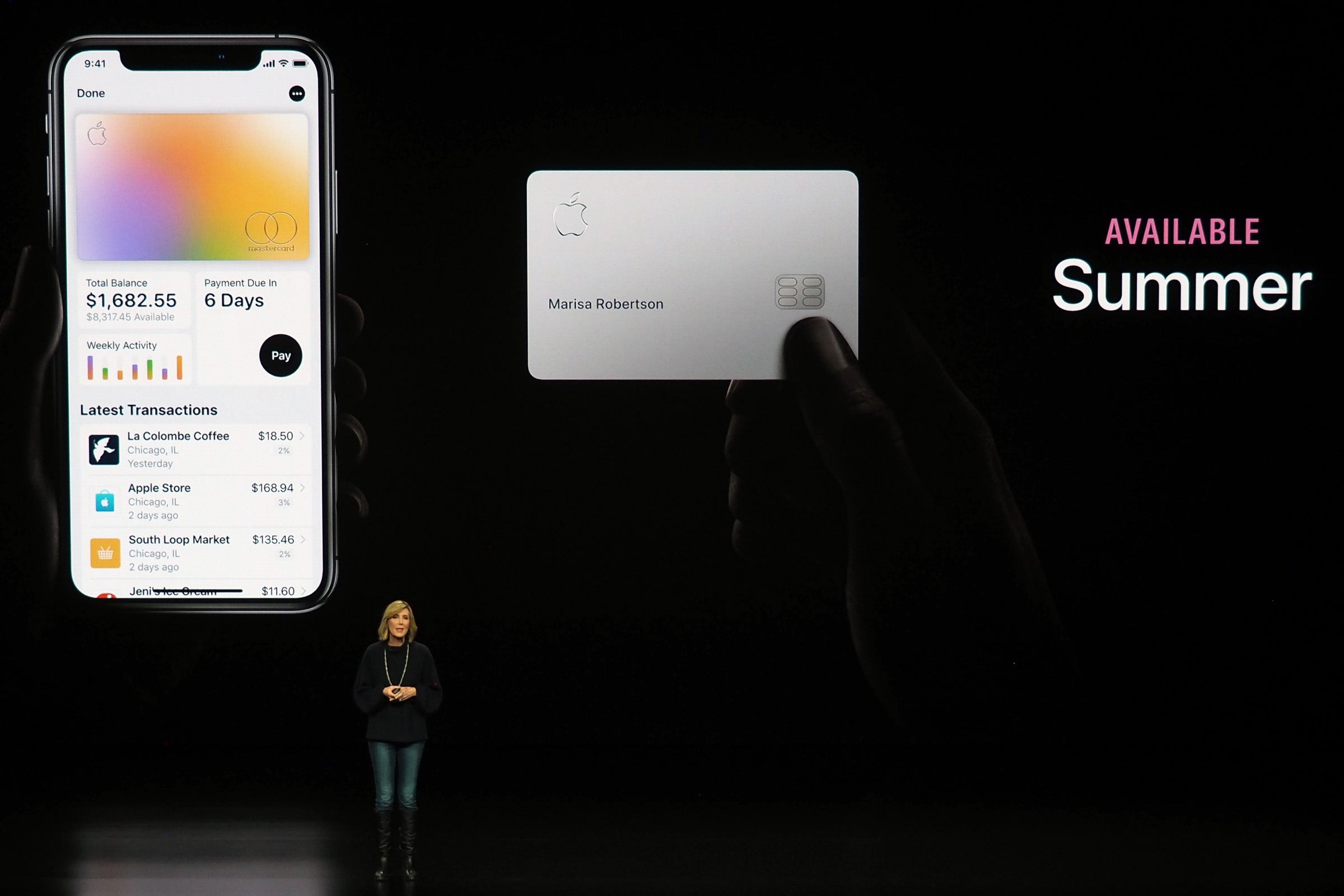 Questions and Answers About Apple's New Credit Card
This post contains references to products from one or more of our advertisers. We may receive compensation when you click on links to those products. Terms apply to the offers listed on this page. For an explanation of our Advertising Policy, visit this page.

After the presentation, Apple helped answer some questions that weren't addressed on stage.

Answer: No, unfortunately the company isn't planning to offer a sign-up incentive at launch.

Q: Will the card be widely available? What score will be required for approval?

A: Apple declined to provide details regarding qualification, but Apple says the company's goal is to make the product as accessible as possible, and it's working closely with Goldman Sachs to ensure broad availability.

A: Yes, that's the plan, eventually, but it'll be exclusive to the US at launch.

Q: What interest rates can we expect?

A: Rates are variable, as with most credit cards, but Apple aims to offer rates lower than other rewards cards. Based on the current fed rate at writing, the lowest rate you might expect today would be 13.24%, all the way up to 24.24%. But these rates are subject to change by this summer's launch.

Q: What can customers expect from a privacy perspective?

A: Generally, it's Apple's policy to never sell user data, and in the case of Apple Card (and all Apple Pay) transactions, data isn't even accessible to Apple. Similarly, transaction and other data won't be available to third-party apps, even if they're installed on the same device. Note that Goldman Sachs may require certain information to determine credit worthiness, detect fraud and issue your bill, but this data will not be used for any other purposes.

Q: Will the card offer any special warranty protection or incentives for Apple purchases?

A: Apple's aiming to keep things as simple as possible, so there won't be any special programs to note here, aside from the 3% return you'll earn on Apple purchases, which includes devices and all services, such as iTunes transactions and subscriptions. It's not yet clear whether Apple Card will be branded as a World Elite Mastercard, in which case additional benefits may be available.

Q: Will it be possible to add authorized users?

Q: Which devices will be compatible with Apple Card?

A: You'll need to use an iPhone that supports Apple Pay, including iPhone 6 and later and iPhone SE. The card will be available with an iOS update this summer.

Q: We've heard about the customer support texting feature, but can you call as well?

A: Yes, you'll be able to call right from the Wallet app. You don’t have to go digging around for a 1-800 number.

Q: Will Apple Card integrate with Safari? What about other browsers?

A: Yes, the card will automatically be accessible via Safari AutoFill on devices linked to the same Apple ID, enabling seamless online purchases. It isn't possible for Apple to provide similar support via third-party browsers.

Q: Will other operating systems, such as Android, be supported in the future?

A: Apple Card requires the company's proprietary Secure Element, so support for other platforms is unlikely.

If you have any outstanding questions of your own, please feel free to respond in the comments below, and we'll do our best to address them.