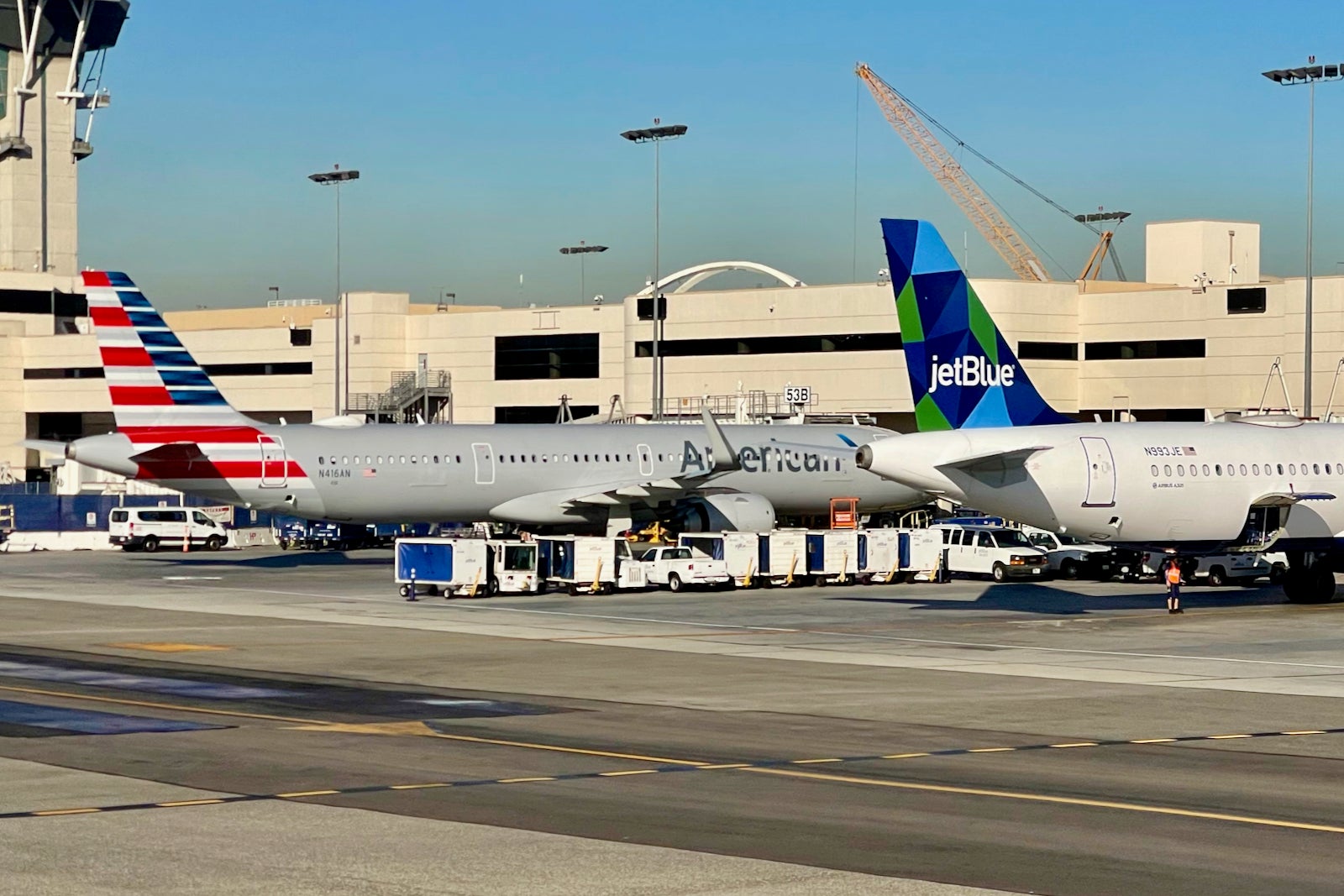 The Northeast Alliance between American Airlines and JetBlue continues to spread its wings.

The two carriers unveiled the latest expansion of the pact on Thursday, giving flyers six new routes and additional frequencies in 21 markets from New York and Boston.

While the Northeast Alliance itself has been heavily scrutinized under the Biden administration, culminating in a mid-September DOJ lawsuit alleging that the tie-up is anti-competitive, American and JetBlue continue to move forward with network expansions and frequent flyer benefits.

This time, though, it’s not exclusively about growth, as you'll see below.

American Airlines is headlining the expansion from Boston, with five new routes to various destinations, including:

All flights will take off in June aboard American Eagle Embraer 175 regional jets. Note that the Louisville and Memphis flights will gain additional frequencies throughout the summer season.

With these new routes, the airlines are touting that the alliance will serve 46 of the top 50 U.S. domestic mainland markets from Boston.

JetBlue is adding just one new route as part of Thursday’s announcement: from New York/LaGuardia (LGA) to Portland, Maine (PWM). Daily seasonal service will commence in the market beginning July 9.

In addition to the new routes, JetBlue is also putting three previously announced routes on sale for the summer season.

This includes the airline’s first foray into Canada, with daily flights between New York-JFK and Vancouver (YVR) taking off on June 9. Seasonal daily service from Boston to Vancouver begins just one week later.

In addition to the new routes, American and JetBlue are touting they'll have a record-setting summer together in the Northeast.

From New York-JFK, the Northeast Alliance will offer up to 300 daily departures, with JetBlue operating a record 195 peak daily flights next summer.

This includes 11 routes getting a frequency boost for the summer season, with the full list available below.

As part of the news, the carriers also announced that they were expanding their codeshare agreement in JFK with additional connecting markets. The airlines are now codesharing on 185 routes, as American will have its code placed on 70 JetBlue routes while JetBlue will place its code on 115 American routes.

Meanwhile, at LaGuardia, the two airlines will offer nearly 200 daily departures, with JetBlue tripling its daily flights compared to 2019, in part thanks to the big frequency boosts coming to eight domestic routes (all listed at the bottom of the post).

Finally, in Boston, just two routes are getting a frequency boost, but it’s a noteworthy one at that.

JetBlue is going to fly up to 16 daily departures between Boston and Washington Reagan National next summer. Additionally, regional service between Boston and Baltimore/Washington International Airport (BWI) will return starting on June 9 with up to five daily flights.

In fact, JetBlue’s move to boost its Boston-to-D.C. shuttle frequency comes just days after American pulled back its number of daily flights in the market from 16 a day, down to 10 a day.

Thursday isn’t just a big day for the Northeast Alliance. It’s also a one for the books for American Airlines’ New York presence.

Dec. 16 will mark the day that American finally leaves the central terminal building at LaGuardia, which has been its home since the 1960s.

It’ll consolidate all its operations to the Western Concourse of the new Terminal B, and —by next summer — JetBlue will have fully moved into the new terminal as well.

American’s new Admirals Club also opens its first phase of construction on Thursday, with the full 20,000-square-foot space on target to welcome flyers next spring.

This way, the airlines can offer a more seamless travel experience, especially for the few flyers who are connecting in LaGuardia.

JetBlue is picking up American’s slack

A simple reading of the airlines’ press releases would suggest that the Northeast Alliance has exclusively delivered customer benefits and network growth.

And while that’s largely been true — highlights include reciprocal mileage earning, elite perks and new long-haul flights — the latest expansion spree comes on the heels of a massive American Airlines’ pull-back in New York.

Roughly a month ago, the carrier filed plans to pull out of 18 routes from JFK and LaGuardia, including the airline’s long-standing shuttle service to Boston.

At the time, one of the big outstanding questions was what would American do with the slots that it no longer needed for these 18 routes. Operations at both JFK and LaGuardia are slot restricted by the Federal Aviation Administration, meaning that airlines must obtain slots — defined as the permission to take off and land at a certain time — to fly to these capacity-constrained airports.

Well, it appears that we now have the answer: JetBlue is seemingly picking up the slack created by American’s New York cuts.

For instance, JetBlue will offer up to 15 daily frequencies on the LaGuardia to Boston route. In total, JetBlue will be three times as large at LaGuardia in summer 2022, compared to the same time in 2019 — a major feat for the carrier.

So, while it might appear that this is all about growth, it’s also about rebalancing and streamlining the combined network as well.