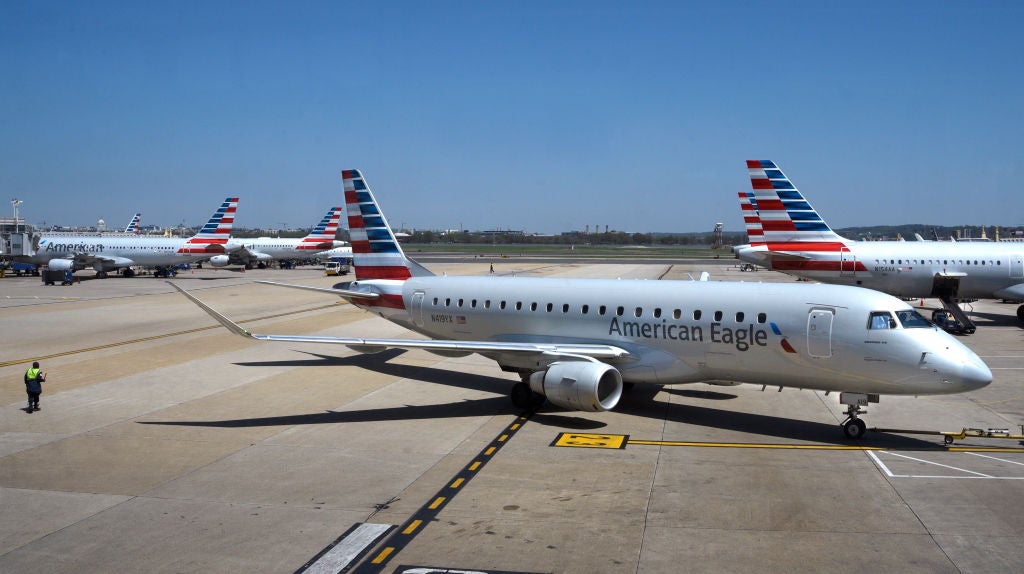 Why American Airlines Just Paid Me $300 to Give Up My First Class Seat
This post contains references to products from one or more of our advertisers. We may receive compensation when you click on links to those products. Terms apply to the offers listed on this page. For an explanation of our Advertising Policy, visit this page.

Nobody likes an early wake-up call from some random 1-800 number, but I'm sure glad I picked up the phone on Wednesday morning.

Just the day before, I flew from New York to Atlanta to join members of the TPG team for our first-ever Atlanta reader event. It was a resounding success, with more than 200 readers in attendance and TPG himself hosting a live podcast with Delta's COO, Gil West.

After a late night, I crashed when I got back to the Renaissance Concourse Atlanta Airport hotel (pro tip: ask for a runway-view room), hoping to catch some shut-eye in advance of my late-morning flight back to New York. When I was woken up by the phone call, I hesitated to answer at first. Good thing I did, because it was American Airlines calling.

I'd been warned about the possibility of weather delays, so I thought the phone call might be informing me of a delay or cancellation. Nope.

This is where things got interesting. As an AAdvantage Platinum member (thanks to a targeted status challenge), I'd been upgraded to first class once the 48-hour upgrade window opened. I was prepared for the agent to apologize for the inconvenience and explain that I'd be involuntarily downgraded back to economy due to the equipment swap.

Instead, she explained that she was in the midst of calling all 12 first-class passengers on my flight and asking if they'd be willing to accept a downgrade to economy in exchange for a $300 AA travel voucher. I was hesitant to accept, so I asked her a few questions.

At this point, I was one of the first passengers the agent had called, so American wasn't willing to increase the voucher amount. She did, however, offer to reroute me on other flights with first-class space, but none of the alternatives fit my schedule. If I accepted the offer, the agent promised that I'd be first to be re-upgraded should a seat open up for the two-hour flight. And finally, she swore that if I'd accept her offer, I'd receive the voucher before I hung up.

By now, I'd made up my mind. Getting paid $150 an hour to sit in economy was a no-brainer to me. I thanked the agent for calling and accepted her offer.

Within minutes, I had the voucher waiting in my inbox as promised. I tried going back to bed, but that wasn't happening. So I headed to the airport to scope out the situation at the gate.

When I arrived at the gate, I asked the friendly agent why I didn't see my name on the upgrade list. After all, the phone agent confirmed that I'd be placed back on it. To my surprise, the gate agent explained that I'd been placed on the DSR — desired revenue (first-class seat) — list, which is reserved for passengers who are standing by for first-class revenue space and processed before the upgrade list. Although there weren't any last-minute cancellations or no-shows, I was happy to learn that the phone agent was good to her word.

In the end, I was assigned the bulkhead aisle, seat 4C, which ended up having much more legroom than any of the first-class seats. Before I knew it, I was dozing off and catching up on missed sleep, all while feeling $300 richer.

After the flight, I reached out to American to understand whether this treatment was standard protocol. Indeed, the airline confirmed that preemptively calling customers when a flight is oversold is normal procedure. Some customers may also receive an email or text offering a voucher in exchange for taking a less crowded flight. And sometimes American will even waive the same-day flight change fee when flights are at capacity.

Now you must be thinking to yourself: "Why haven't I ever gotten a similar offer?" Well, equipment swaps that result in a change in the number of seats are rare.

But they do happen, so make sure you've updated your contact information in all of your bookings (especially when booking travel with partner airlines). Arrive at the gate early in case they wait to make offers before boarding. And finally, be prepared. Think about the questions you'll ask when you're presented with a similar downgrade offer. And make sure you're placed on the DSR list, because you may just end up re-upgraded and a few hundred dollars richer.