How to save up to $1,000 on popular summer routes with the Alaska Companion Fare

Articles
Ariana Arghandewal has been writing about points and miles for almost a decade. She previously served as editor at FlyerTalk, Frugal Travel Guy and NerdWallet while running her own travel blog, PointChaser.
Follow
April 26, 2021
•
8 min read 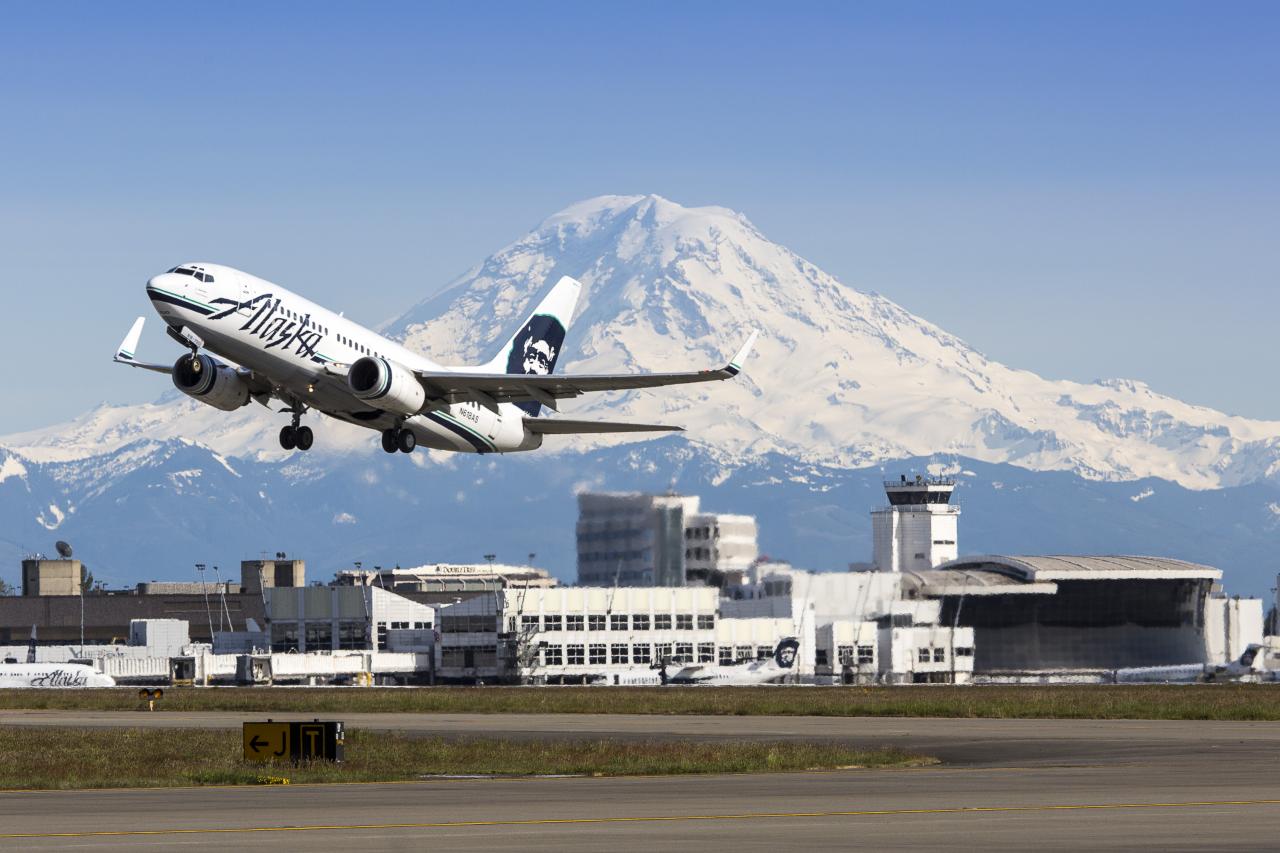 And it's for good reason: Over the years, TPG staff have saved thousands of dollars on airfare by maximizing these passes. While the Southwest Companion Pass is most popular, the Alaska Airlines Companion Fare largely ... flies ... under the radar. Alaska's limited route network likely has something to do with it, which is a shame because the Alaska Companion Fare is much easier to earn and can offer bigger savings.

There's no need to clock hundreds of thousands of miles in order to get your hands on an Alaska Companion Fare. It comes as part of the welcome bonus and annual benefits on the Alaska Airlines Visa Signature® credit card and Alaska Airlines Visa® Business card.

There are no blackout dates and the only restriction on the Companion Fare is that it must be used on Alaska-operated flights (no partners) and is valid for economy fares only. You don't even have to travel on the itinerary, giving you the ability to redeem the Companion Fare for friends or family. You can learn more about the ins and outs of the Companion Fare in our detailed guide, but today we'll focus on how you can actually get the most value out of this benefit, including routes where the Companion Fare can save you over $1,000 on airfare.

Ways the companion fare can come in handy

While Alaska's route network is relatively limited, the Companion Fare can be useful in several scenarios. For example, there may be times when you prefer a direct flight (or you need it to arrive at your destination at a specific time). Unfortunately, nonstop flights often price out higher and using the Companion Fare is a great way to bring down the cost when you're traveling with someone else.

If you're traveling last minute or during the holidays, demand will often drive up airfare. When fares are high, most Mileage Plan members will redeem Alaska Miles for cheaper flight options. Unfortunately, award space gets limited when demand goes up along with fares. In this scenario when you might have no choice but to pay for a ticket outright, the Companion Fare can help you save 50% when you're traveling with another person.

Alaska Airlines serves 20 airports in Alaska, ranging from the capital of Juneau (JNU) to Anchorage (ANC) and smaller airports like Barrow (BRW). As you can imagine, there isn't a whole lot of competition on these routes which serve small marrkets. Translation: Airfare can be pricey. TPG senior director of engineering, Mitchell Stoutin, once used his Companion Fare to save $800 on a flight to Alaska. That's an incredible value, considering the card's annual fee is just $95.

The summer months are near and Hawaii is open to travelers, which means demand is going to be sky-high, driving up the cost of airfare, hotels and rental car prices at the same time. At the moment, June economy fares between Seattle (SEA) and Maui (OGG) are pricing out at upwards of $650 round-trip. Out of the Midwest, some dates go as high as $1,000 round-trip on the Chicago (ORD) to OGG route.

Not everyone has the flexibility to change their travel dates. So if you end up having to book your trip to Hawaii on peak travel dates, then the Alaska Companion Fare can save you upwards of $1,000 on two tickets.

Flights from the West Coast to Miami

Miami has become even more of a hotspot during the pandemic, thanks to great weather and relaxed COVID regulations. But regardless of whether you're traveling to Miami now or at the end of the year, the Companion Fare can save you a lot on airfare. On the San Francisco (SFO) to Miami (MIA) route, summer fares go as high as $1,100 round-trip.

The Bay Area has been experiencing a severe drought and if there are more wildfires this year, lots of residents will be looking to escape to cleaner air. I've written about why points and miles should be part of your emergency preparedness plan.

There's been a pretty substantial uptick in Cancun hotel rates, which signals high demand that will undoubtedly impact airfare. It seems to have occurred already, with Alaska Airlines round-trip economy fares between LAX and CUN approaching the $1,500 mark on some dates.

And, fares between New York-JFK and Cancun can reach as high as $2,200 round-trip, though this particular itinerary is convoluted, with a layover at LAX. Saver fares are extremely limited and even the cheapest Main Cabin fares can be sky-high.

You can bring these fares down significantly by being flexible with your departure dates and using the Alaska Companion Fare. A cheaper alternative would be Los Cabos (SJD), where fares out of LAX still price out under $300 and East Coast travelers can book fares for under $500.

Related: 14 of our favorite points hotels on the beach in Mexico

The routes above are just some examples of how expensive Alaska fares can get on certain routes during peak travel season. Of course, travel demand isn't always this high or representative of how everyone travels. To give you a more well-rounded understanding of how valuable the Alaska Companion Fare can be, here's a look at how TPG readers (and staff) have used their Alaska Companion Fares to save on airfare over the years:

"Big one is SEA-PVR at Christmastime, to see my parents. It’s always ridiculously expensive – currently, over $1,700 RT per person, because we have specific dates we want.” - Christopher R.

"BOI-LAX-CUN-BOI in November. Nice that Alaska allows that layover. With the companion pass, we saved about $700." - Shane S.

"We fly out of PDX so always use our companion passes. Have used it mostly PDX-SJD-PDX and PDX-EWR-PDX. Love Alaska! Great airline." - Marie C.

"Was in Oahu and used a companion fare. LAX-HNL for two for $600. Another trip booked for July LAX-KOA Big Island same excellent price. We get two certificates a year (personal and business cards) and if we can’t use them, we offer to buy tickets for our friends since we don’t have to be the ones flying." - Peter H.

"I use it just about every year to fly from PDX to Hawaii for spring break. All of Oregon has the same break, including colleges, so what is normally a $500 fare increases to $1,200 for the week of spring break. My husband and I both have the card, so we use both of our companion fares which brings the airfare for our family of 4 down to a more reasonable price." - Michael B.

The Alaska Airlines Companion Fare can be incredibly cost-effective when award tickets are limited and fares are high. With travel demand increasing, we're bound to see less award availability and higher fares to popular destinations accessible to Americans. But regardless of whether you're traveling to Hawaii during peak season or booking a relatively cheap domestic flight, the Alaska Companion Fare can help you save on travel and offset the annual fee on your cobranded Alaska credit card.

Related stories
What are points and miles worth? TPG’s December 2022 monthly valuations
Capital One Venture X to lose Priority Pass restaurants and spa services as of Jan. 1, 2023
December 2022
Current Hyatt promotions: Bonus points on stays and dining plus double stay credits
Featured image by (Photo courtesy of Port of Seattle)
Editorial disclaimer: Opinions expressed here are the author’s alone, not those of any bank, credit card issuer, airline or hotel chain, and have not been reviewed, approved or otherwise endorsed by any of these entities.