Airport eateries are (slowly) starting to reopen — here are your options

Articles
Benét J. Wilson is a former senior editor for TPG. Known as the Aviation Queen, she's a veteran aviation journalist who has covered airports, security and the airline passenger experience.
Follow
May 23, 2021
•
5 min read 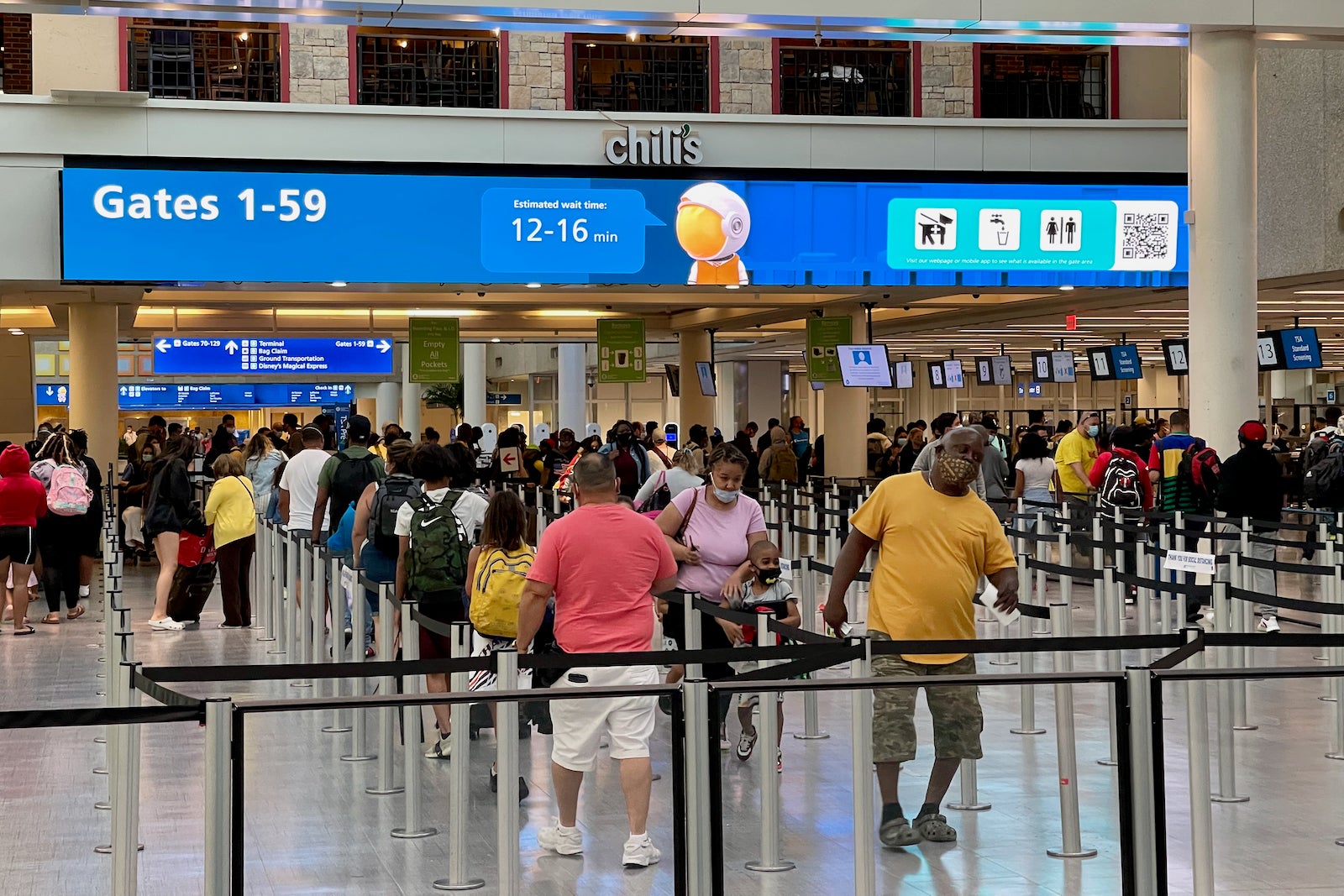 Thanks to growing up as an Air Force brat and a stint as Aviation Daily's airport editor, I have always been fascinated with the terminals I see before taking off. Airports are like little cities, with food/beverage, retail and services such as health clinics to serve passengers on the ground.

What I see as the biggest transformation at airports big and small is the evolution of food and beverage options available to travelers. In the olden days, the pickings were slim. Your choices were known fast-food joints, a generic sit-down restaurant or the popular rolling hot dogs in newsstands.

But as travelers were spending more time in airports, the demand to have more variety grew -- and airports answered. One trend was bringing popular local eateries, such as Denver's Root Down, to the accompanying airport (in this case Denver International Airport (DEN)). Another trend was having celebrity chefs bring their concepts to terminals. One of my personal favorites is “Top Chef” winner Michael Voltaggio’s Ink.Sack in the Tom Bradley Terminal at Los Angeles International Airport (LAX).

Yet another trend is to bring unique concepts not usually expected in terminals, such as Daily, a restaurant in Newark-Liberty International's Airport (EWR) from airport hospitality group OTG. When you eat at Daily, you better enjoy the meal, since it won't be on the menu again. The chef changes the restaurant's menu guided by the best locally sourced ingredients available on any given day.

Non-aeronautical revenue -- such as food and beverage -- is the main source of income for U.S. airports as airlines have merged, meaning a drop in aeronautical funds. The COVID-19 pandemic caused airports to close restaurants and reduce the operating hours of those that remained open, causing revenue to plummet.

But as travelers are now taking to the skies, airports are looking forward to them coming back to enjoy their eateries. Before going to the airport, you're advised to check the website to see which places are open and what hours they're open. Below are four open restaurants — and one that I hope comes back ASAP — that are my personal favorites.

No lie -- this is by far my favorite airport restaurant in the world. Located in Terminal E right after you get off the elevators, this restaurant is a lovely oasis in one of the airport's busy international terminals. Opened in 2009, it was the airport's first fine-dining concept, a mix of Asian and upscale Southern food. There's also really great sushi, craft cocktails and a great selection of wines. The restaurant is open from noon to 6:00 p.m. daily.

Located in the airport's Concourse D on the second level near Gate D-37, this is the place to go to get authentic Cuban food if you didn't get the chance to have it during your visit to Miami. Yes, the pressed Cuban sandwich, made with ham, roast pork and Swiss cheese on Cuban bread with mustard and pickles, is good. But try out the La Carreta special, a version of the Cuban sandwich that also includes chorizo. Get either sandwich with a side of plantain chips and have a guava pastry for dessert. The restaurant is open from 5:00 a.m. to 10:00 p.m.

Baltimore natives are wedded to their crab houses. Obrycki’s was a popular one that first opened in 1944. It closed in 2011, but the family who founded it decided to open at BWI. Located in Concourse A between Gates B9 and B11, you can get popular Baltimore favorites including Maryland Blue Crabs, crab cakes, crab soup or hot crab dip. You can even have them pack up six of their famous crab cakes to take home. The restaurant is currently open from 6:00 a.m. to 9:00 p.m.

Located past security in Terminal 3's departure lounge is this eatery that mimics a 1960s-themed hawker stall in the city. I love it because it gives you a taste of the best Singaporean foods, including roasted duck, satay and my personal favorite, spicy chili crabs. Lucky for you, this dining option is still open 24 hours a day.

The brainchild of "Top Chef" contestant Dale Talde, Little Purse Dumpling Den is located in Newark's Terminal C near Gates C70-99. You go for the dumplings (I love the pork, leek and shrimp dumplings), but stay for dishes such as the Philly cheesesteak egg roll, the beef shao bing and the mushrooms and rice. It's currently open from 11:00 a.m. to 9:00 p.m.

Featured image by Security checkpoint at Orlando International Airport. (Photo by Zach Griff/The Points Guy)
Editorial disclaimer: Opinions expressed here are the author’s alone, not those of any bank, credit card issuer, airline or hotel chain, and have not been reviewed, approved or otherwise endorsed by any of these entities.