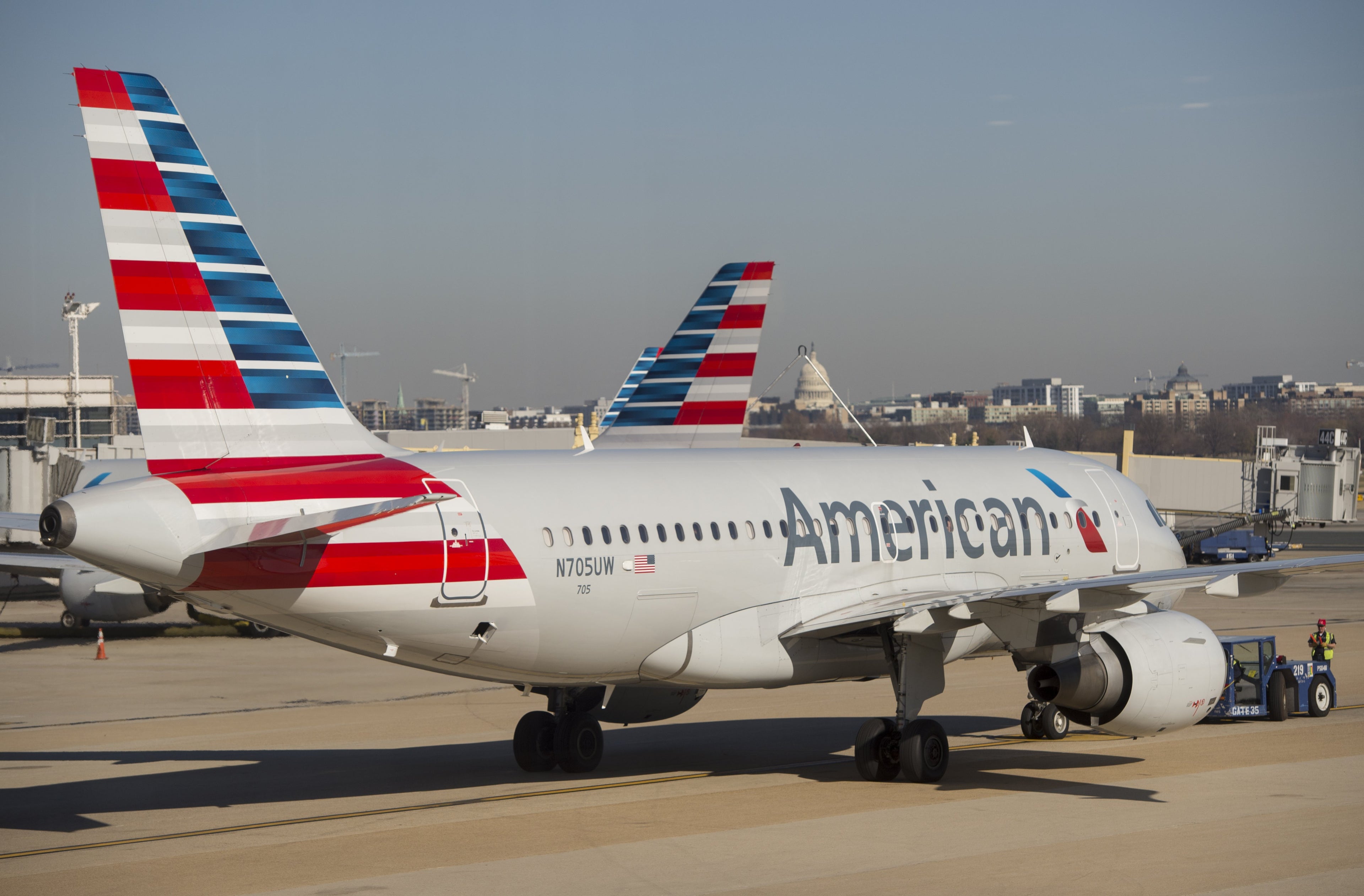 American Airlines leads shift to smaller jets for flights still flying in US
This post contains references to products from one or more of our advertisers. We may receive compensation when you click on links to those products. Terms apply to the offers listed on this page. For an explanation of our Advertising Policy, visit this page.

Travelers on American Airlines' departure just after 7 a.m. from Nashville to Dallas/Fort Worth have long enjoyed a ride on one of the carrier's Airbus A321s, its largest narrow-body jet by seating capacity.

Not any more. The Fort Worth, Texas-based carrier — like airlines everywhere — has been forced to cull capacity and ground aircraft as the novel coronavirus pandemic has ravaged demand for air travel around the globe. That morning departure from Nashville (BNA) to American's Dallas/Fort Worth (DFW) hub will be on an Airbus A319, the airline's smallest mainline narrow-body since deciding to retire its Embraer E190s early, beginning this May.

American's shift to a 128-seat A319 from an A321 with more than 180 seats on the Nashville-Dallas/Fort Worth run is a sample of a larger trend towards smaller jets. U.S. carriers are struggling to match capacity to near-zero demand while simultaneously meeting the schedule requirements of the U.S. government's $50 billion aid package to the industry.

"I’d argue that’s not far enough, but it’s something," wrote Brett Snyder, who runs The Cranky Flier blog and separate Cranky Concierge service, on American's May schedule that cuts U.S. capacity by up to 80%.

The International Air Transport Association (IATA) expects global passenger traffic to plummet 48% from 2019 to 2020 and $314 billion in revenue to disappear because of the COVID-19 crisis. The forecast sees domestic traffic in countries around the world to beginning to recover this summer, with international traffic coming back much slower.

“It is the biggest crisis we have ever had in front of us," IATA director general Alexandre de Juniac told reporters earlier in April.

Airlines have gone to all lengths to conserve cash amid the worst crisis in the industry's history. Some like Austrian Airlines have suspended flying entirely, while others have dramatically cut their networks. One example: Virgin Australia trimmed its entire domestic schedule to just one route — six weekly flights between Melbourne (MEL) and Sydney (SYD) -- prior to the Australian government's decision to fund a broader network of domestic flights.

Related: It may be years until passenger demand returns to 2019 levels for airlines

U.S. carriers have made similarly drastic reductions. However, airlines taking some of the $25 billion in payroll support from the government must continue serving all of the destinations on their map with a minimal amount of service. The Department of Transportation is managing this air service requirement, including potentially granting waivers for service to some airports.

But while carriers must continue flying to all their cities small and large across the country, they can do so with whatever aircraft they like.

“Finding the cheapest aircraft to fly within the many constraints of operating a schedule becomes the new way to optimize the airline," wrote The Air Current managing director of analysis Courtney Miller on April 9. Smaller jets with lower overall costs are preferred to larger ones, particularly with revenues at many airlines down more than 90%.

Related: American Airlines’ summer schedule rebounds in some hubs, but not all

"As demand remains at historic lows, it’s more important than ever for us to fly the right aircraft for the mission," American spokesperson Brian Metham told TPG. "That could mean flying a 737-800 today on a route that was operated with a wide-body aircraft in March."

The changes are likely to make little difference to the few people that are still flying. Those taking to the skies presumably are doing so because they need to get somewhere, even during a pandemic, and not because they want to. In other words, travelers are not booking flights based on the seating layout or inflight entertainment right now.

Not every carrier is shifting to its smallest jet. Alaska Airlines will take a turn towards its Boeing roots by slashing flying on Airbus jets in favor of a flying more with its 737-900ERs. The Seattle-based carrier will operate nearly 40% of its schedule with the 737 type in May — a 17-point jump from a year ago — while suspending all A319 flying and reducing the percent of A320-operated flights by five points, Cirium shows.

"All sorts of variables go into play in making decisions regarding what aircraft to pull down – which ones are due for maintenance, operating cost differences, size and of course, which ones best match the network we are trying to fly," Alaska spokesperson Ray Lane told TPG. "All of our aircraft types are seeing reduced flying."

Then there is Delta Air Lines. Domestic flights operated with the Airbus A220 — its smallest, and newest, mainline narrow-body — are up three points to just over 4% in May compared to last year. But, as many following the Atlanta-based carrier know, it took delivery of 24 of the jets in 2019 that would have driven an increase in the type's share of flights even without the crisis.

Delta will also operate more flights with its 110-seat Boeing 717s in May, with the type accounting for over 10% of U.S. flights versus less than 9% a year ago. But, unsurprisingly, the McDonnell Douglas MD-88s and MD-90s that are due for early retirement are flying less.

Related: A smaller Delta would have to retire planes after coronavirus. What types could go?

United Airlines is expected to publish a revised May schedule that is down 90% year-over-year by April 19.

All of this says nothing for American, Delta and United's wide-body fleets. All three carriers are operating just a handful of flights and have little need to keep many of these jets, including the Airbus A350 and Boeing 787, in the air. American will retire its 767s and may do the same with some of its Airbus A330s, while Delta will remove some of its 767s.

That said, some airlines are repurposing some of their long-haul jets for freighter service. The latest example being Delta using A350s to transport medical supplies between the U.S. and China and South Korea, according to Routes Online.