Articles
Katherine Fan is a former senior travel features reporter at The Points Guy who covered everything from personal finance to travel and aviation.
Sept. 28, 2018
•
3 min read 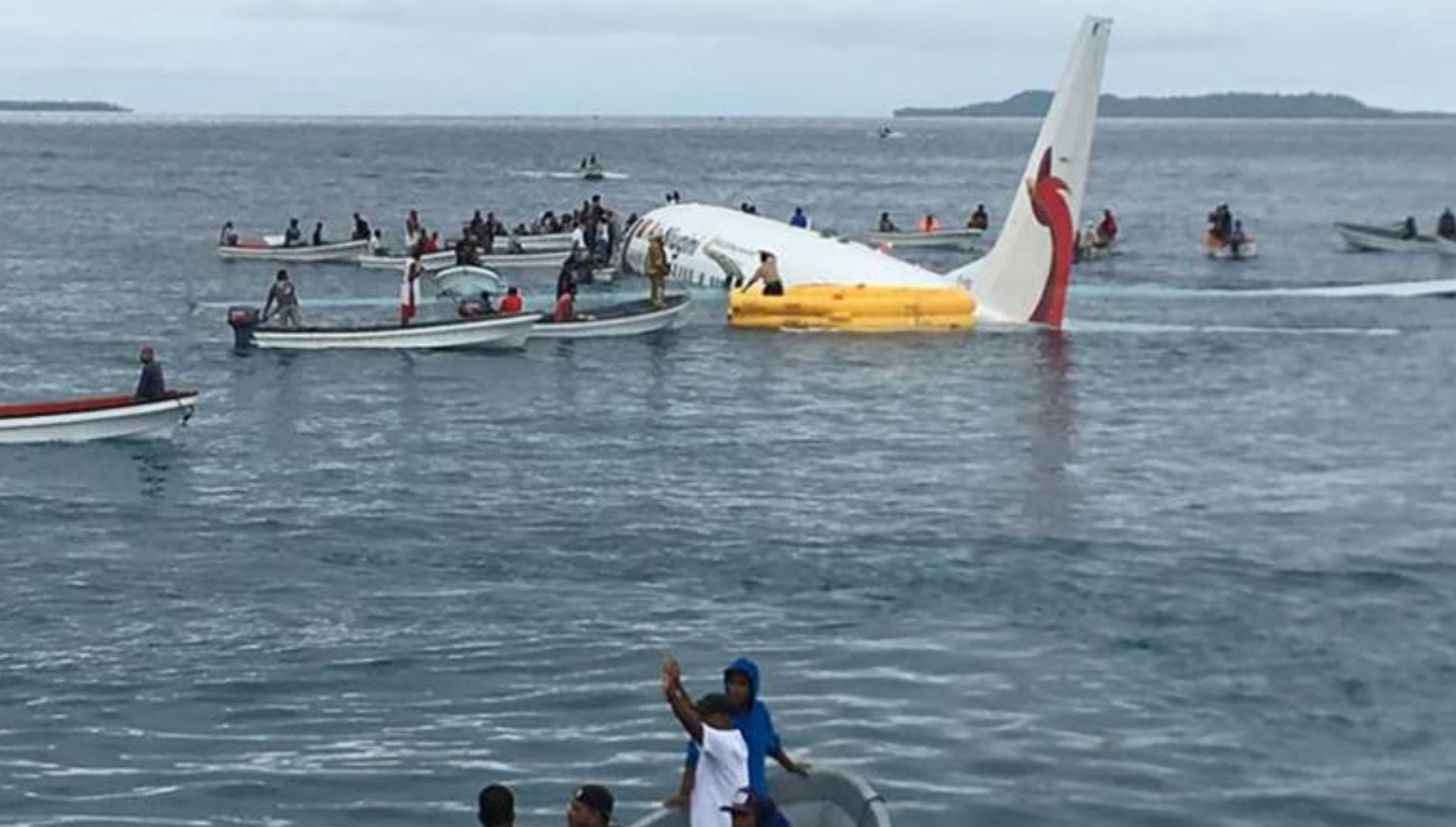 Air Niugini Flight 73 crashed into a lagoon off the coast of Chuuk International Airport (TKK), Micronesia in the western Pacific Ocean Friday. All 35 passengers and 12 crew members were safely rescued, with no serious injuries reported.

The Air Niugini Boeing 737-800 aircraft "landed short of the runway," plunging into the water beside the airport on Weno, the main island of Chuuk state in Micronesia. Independent airline safety and crash data website JACDEC reported that the flight had been uneventful until the time of final descent, when weather conditions rapidly deteriorated amid sudden heavy rain. The aircraft hit the water on low approach to Chuuk Airport, ending up in the lagoon approximately 650 feet from the runway.

"At this point, it is still unclear whether the aircraft overshot the end of the runway or ditched in the lagoon before reaching the runway," Jan Richter from JACDEC stated in the incident brief, adding that although the plane quickly began to take in water, the aircraft stayed above water for long enough to allow everyone on board to evacuate via the overwing exits and forward passenger door. The 737 eventually submerged below the water line.

A number of civilian fishing boats quickly swarmed the area, assisting passengers to safety. James Yaingeluo was one of the first on the scene, stating that "once the doors opened, everybody fought to get out."

"Luckily, it happened during the daytime," Yaingeluo said. "All the passengers were scared and in shock."

Micronesia reporter Bill Jaynes, who happened to be on the flight, posted video to Facebook summarizing the experience, calling it "surreal" to look over at a "hole in the side of the plane" and water rushing in. "I thought, well, this is not, like, the way it's supposed to happen." Jayne said that passengers waded through waist-deep water to escape through the emergency exits.

For context, AvGeek Ethan Klapper tweeted that the 6,013-foot runway at Chuuk is "on the shorter side for an airport with airline service," posting a video of his own arrival at Chuuk back in July via a United Airlines island hopper flight to show how forcefully pilots must brake in order to halt the plane upon landing.

Air Niugini is the national airline of Papua New Guinea, offering connections between Papua New Guinea and various destinations in Asia, Oceania and surrounding regions. According to the Air Niugini website, this was the airline's only 737-800 among its fleet of 21 aircraft.

The airline released several press statements via its website Friday, most recently stating that the airline had scheduled a special trip to Chuuk for Air Niugini executives to care for passengers and crew who were on Flight 73, including the company doctor to assist with treatment for eight passengers who were injured from the crash landing. The airline also arranged accommodations for the remaining 27 passengers and 12 crew members.