Articles
Max Prosperi is a part-time frequent flyer and travel writer and full-time student. Based in St. Louis, Missouri, Max covers a variety of topics with a focus on points, miles, and aviation.
Follow
March 30, 2019
•
4 min read 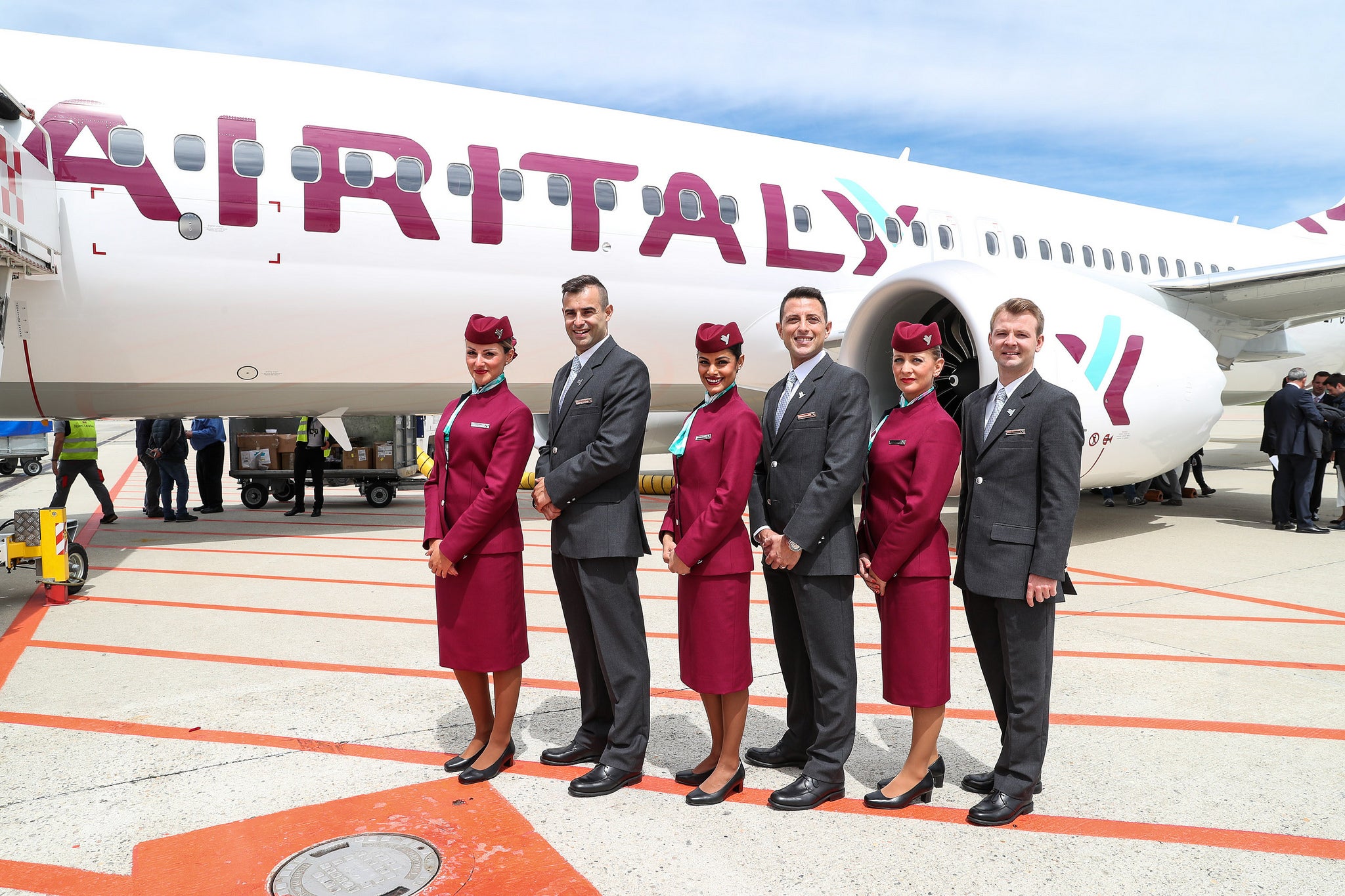 Air Italy's Familiar-Looking New Uniforms Likely to Fuel Concerns About Ties to Qatar Airways
This post contains references to products from one or more of our advertisers. We may receive compensation when you click on links to those products. Terms apply to the offers listed on this page. For an explanation of our Advertising Policy, visit this page.

Air Italy unveiled its new airline uniforms late last week and, while quite impressive and stylish, they bear a striking resemblance, as Paddle Your Own Kanoo points out, to another airline's current uniforms: Qatar Airways, a major stakeholder in Air Italy. And, the decision to implement similar looking uniforms appears intentional, fueling concerns over the Middle Eastern airline's controversial involvement in Air Italy.

These new stylish uniforms also look a lot like Qatar Airways' uniforms, which feature a darker burgundy and lighter grey outer layer option with white dress shirts featuring the Qatar Airways logo, an Arabian Oryx. The uniforms were also designed by the same Danish apparel design firm. Since the airline's first flights in 1997, Qatar Airways has always taken pride in crew appearance. It was in 2008 that Qatar's current uniforms made their debut and were well received.

With hundreds of airlines operating across the globe, crew uniforms can only differ so much. However, the similarities between Air Italy's and Qatar Airways' uniforms are uncanny.

In recent years, Qatar Airways (as well as other prominent Middle Eastern airlines like Emirates and Etihad) have received a great deal of pushback from airlines across the globe. Most of this has come from US-based Delta Air Lines and American Airlines, protesting the expansion of Middle Eastern airlines like Qatar Airways due to claims that Qatar receives massive subsidies from the Qatari government. US airlines claim that these alleged subsidies create an unfair market and even violate international agreements.

The concerns of US airlines managed to make their way all the way to United States Federal Government, which were brought up in high-profile talks with the Qatari government. In early 2018, US airlines applauded the US and Qatari governments when it was announced that an agreement had been reached that required Qatar Airways to release more detailed financial documents that would, supposedly, show whether or not Qatar Airways receives government subsidies. However, that agreement did not put an end to the US-Middle Eastern airlines dispute.

In November 2018, Qatar Airways threatened to leave the Oneworld alliance, of which American Airlines is a member. Additionally, in February 2019, it was rumored that Etihad Airways was planning to cut all ties with American Airlines. However, as of March 2019, the two airlines continue to cooperate on select routes.

With the US-Middle Eastern airlines saga far from over, Air Italy's stylish new uniforms provide US airlines with evidence that Qatar Airways might have too much involvement in Air Italy's operations. Whether or not new uniforms will lead to any legal action is yet to be seen.

TPG has reached out to Air Italy for comment and will update this post with any additional information.