Articles
Max Prosperi is a part-time frequent flyer and travel writer and full-time student. Based in St. Louis, Missouri, Max covers a variety of topics with a focus on points, miles, and aviation.
Follow
Dec. 26, 2018
•
3 min read 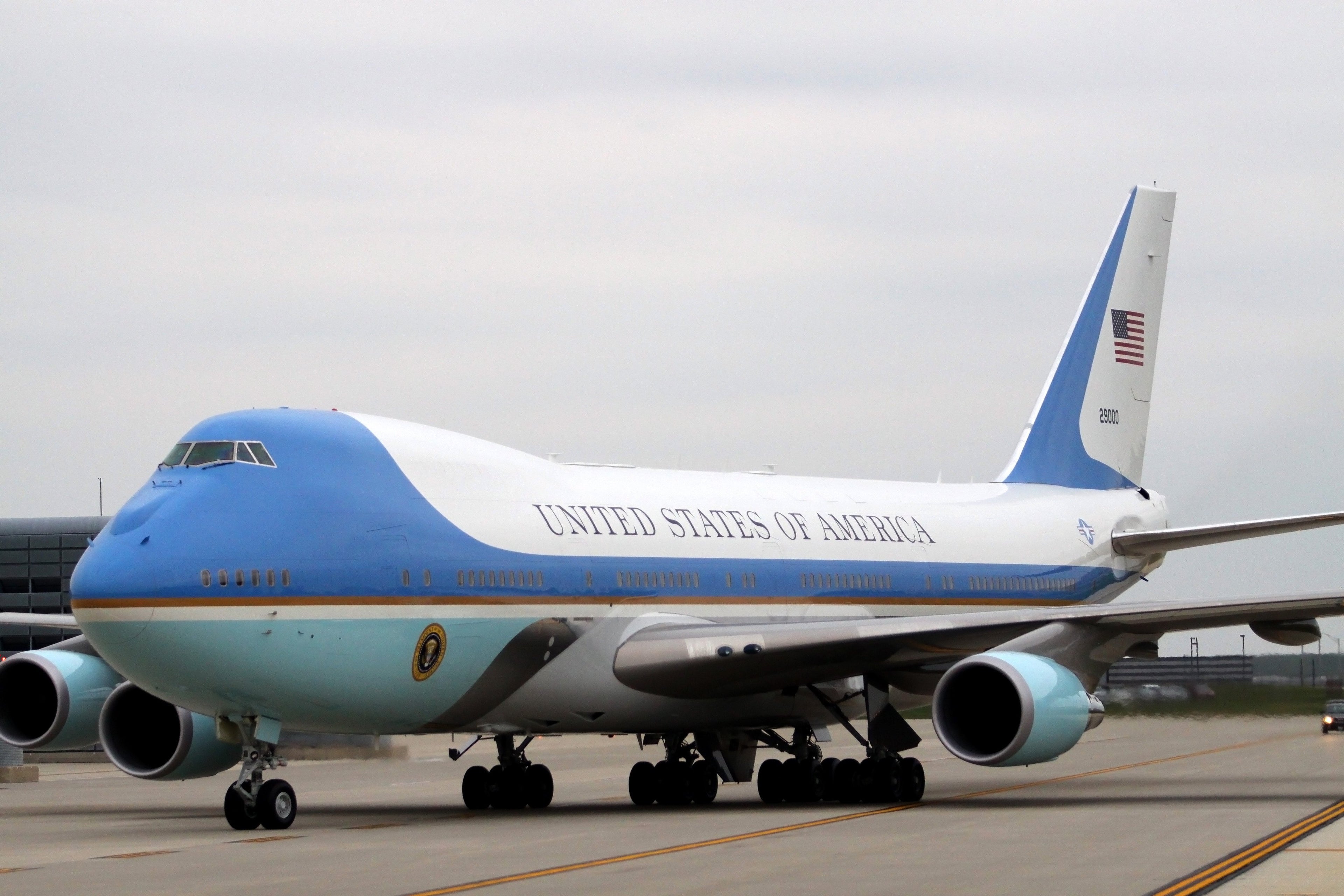 How Avgeeks Uncovered President Trump's Secret Trip to Iraq
This post contains references to products from one or more of our advertisers. We may receive compensation when you click on links to those products. Terms apply to the offers listed on this page. For an explanation of our Advertising Policy, visit this page.

Everyone knows Air Force One is the iconic Boeing 747 that the President of The United States uses for air transportation, right? Well, that's actually incorrect. A common misconception is that the physical aircraft — that iconic blue and white modified Boeing 747 also known as VC-25A — is Air Force One. But Air Force One isn't actually an aircraft; rather, it's the unique call sign or designator used to identify any aircraft with the sitting President of The United States on board.

In theory, a Cessna 172 with the POTUS on board could use the call sign Air Force One. However, it's only on rare occasions that the President of the United States doesn't travel on the modified Boeing 747 conventionally thought to be synonymous with Air Force One. Today, Dec. 26, was one of those rare days.

On Dec. 26, images surfaced of an instantly recognizable Boeing VC-25 (the typical Air Force One aircraft) cruising over the United Kingdom. This caught the attention of aviation geeks and reporters alike for a variety of reasons. One, the President was not scheduled to travel this week. Two, the federal government is shut down and unless VC-25 was being used for official and essential business, the aircraft would not be allowed to fly.

Finally, some were able to track the aircraft, noting that the call sign was RCH358. The President stepped off that aircraft to greet US troops in Iraq, confirming the suspicions of avgeeks and curious Twitter users.

It's not every day that an aviation geek with a great camera lens is able to uncover the plans of a major world leader to surprise active military stationed abroad. But this isn't the first time a sitting US President has used an alternate call sign to stay under the radar. Both President Bush and President Obama have used an alternate call sign or had two aircraft use the same call sign so as to not draw attention to their departure. In both cases, the call sign reportedly served two purposes. One, it allowed both leaders to avoid the attention of the media and public eye, thus allowing them to surprise active US troops. Second, if it becomes public knowledge that Air Force One is flying over an active war zone, enemy troops would have an easier (albeit, still nearly impossible) time identifying and attacking the POTUS.

Call signs are not assigned to one specific aircraft; they're simply a temporary designator allowing air traffic control to identify and communicate with aircraft. A more recent example of a creative call sign is Sheperd One, which was used by an American Airlines Boeing 777-200ER during Pope Francis' visit to the United States. Even more recently, the crew of a small commuter aircraft in Hawaii took advantage of the aircraft type to create a festive play on words. The Hawaiian commuter flight was operated by a Cessna 208 Caravan. The pilots, flying on Dec. 24, decided to operate the flight as SANTAVAN.

Bottom Line: Technically, yes, the Boeing VC-25 used to transport President Trump from Washington, D.C. to Iraq was still Air Force One due to the President's presence on board. But even with a different call sign, a very vigilant UK-based plane spotter was able to uncover the sitting US President's attempt to quietly travel to the Middle East.