Articles
Katherine Fan is a former senior travel features reporter at The Points Guy who covered everything from personal finance to travel and aviation.
June 24, 2018
•
6 min read 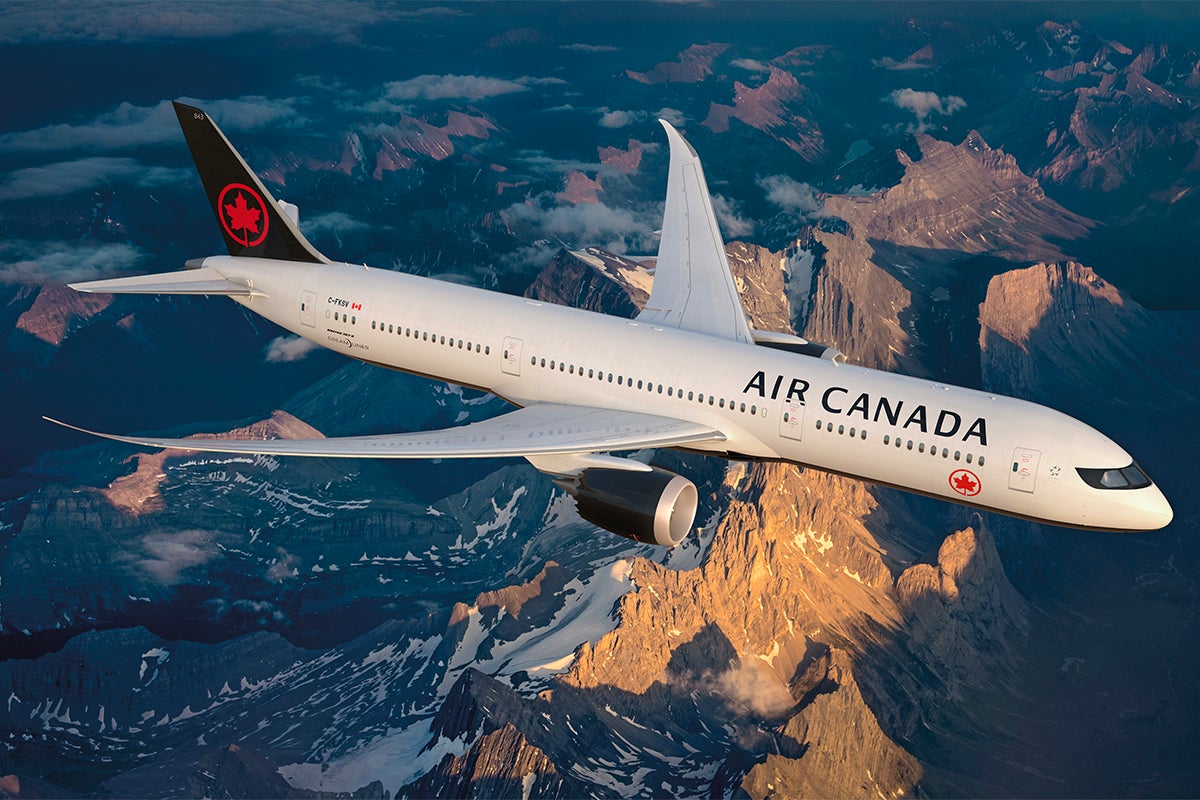 Air Canada Super Elite Traveler Sues Carrier Over Revoked Airline Status
This post contains references to products from one or more of our advertisers. We may receive compensation when you click on links to those products. Terms apply to the offers listed on this page. For an explanation of our Advertising Policy, visit this page.

Wong, an IT consultant who frequently travels across the United States, Canada, Europe and Asia for his job, has consistently flown enough to earn top elite status with Air Canada since 2012, a status conferred on travelers who annually fly more than 100,000 miles with the airline. Wong also is a points and miles enthusiast who participated in Air Canada's "Earn Your Wings" promotion, which helped him earn collectible badges, bonus miles and additional perks that made him a high-profile Air Canada passenger.

But these factors weren't enough to help Wong maintain his Super Elite status after a travel change in 2016 resulted in a confrontation with Air Canada agents. (The nature of Wong's work often requires last-minute changes and cancellations to his travel plans.) On January 10, 2016, Wong notified an Air Canada agent that he no longer wished to travel on his upcoming flight. The problem was that Wong did so in the Maple Leaf lounge at Vancouver International Airport (YVR), which can only be accessed after passing security and clearing Canada's customs and immigration. This meant that, despite Wong's Super Elite airline status which entitled him to a full refund on last-minute cancellations "with no questions asked," an Air Canada agent would have to escort him out of the secure area in accordance with border security requirements.

According to Wong's lawsuit, the situation began to escalate as the customer service agent "insisted, in a stern manner, that Mr. Wong provide a reason for his change of travel plans," then required him to wait in the lounge while she "investigated 'abuses' allegedly committed by the Plaintiff, and made numerous telephone calls and conducted computer terminal searches" investigating Wong's previous Air Canada travel records. Wong finally was escorted out of the lounge and airport. But 10 days later, Air Canada notified Wong that his Altitude Super Elite status had been indefinitely suspended because he had "cleared security and accessed the international or trans-border sterile areas of the airport, possibly without the purpose of traveling" — a statement that Wong's lawsuit called "false, untrue, and incorrect."

Wong filed the suit on June 19, 2018, with the Vancouver Registry of the Supreme Court of British Columbia, after two years of appealing for Air Canada to reinstate his status proved futile. In his claim, Wong referenced several occasions in 2015 where he had had to make similar last-minute changes to his flight after clearing customs, with no issues from either airline personnel or from customs agents. Wong also asserted that, contrary to Air Canada's allegations that he "failed to travel to the United States" after clearing customs, he boarded a later flight back to the US that day on another carrier.

The suit not only alleges that Air Canada wrongfully revoked Wong's status, but references a number of instances where he found himself subjected to additional screening from the airline:

"It's not as if he was seen with explosives or something like that, but they treat everything as if it's a threat to security," said Wong's lawyer, Don Sorochan. "And if you end up in an argument with them, you're liable to get arrested."

Wong is suing for breach of contract and negligence, alleging that the airline's "surveillance and monitoring" of his online and offline activities is intended to justify Air Canada's "high-handed actions."

Wong's situation has led to significant discussion amongst elite travelers, since the ramifications of this case can have long-lasting repercussions for frequent flyers. While none of Wong's allegations have yet been proven in court, FlyerTalk forum member "canadiancow" stated that he had been part of Wong's travel party on June 18, 2016, when Wong was escorted off of the Air Canada flight to Victoria: "I remember that. @philelite remembers that. I can't recall who else was there, but there were a few of us. It was absolutely ridiculous. We had all boarded, they came on, and told Mr. Wong he had to get off and go with them. A few minutes later, they came to collect his jacket from the overhead bin."

"canadiancow" also mentioned another incident where Wong was denied access: "Then there was the time I tried to guest him into the YVR domestic MLL after we flew, in business class, YYZ-YVR, which I am fully entitled to do as a Super Elite. Nope. Supervisor got called, and the end result was 'Mr. Kennedy, you can enter. Mr. Wong, you cannot.' Wasted 20 minutes of my time and was extremely frustrating. That was actually a denial of one of my advertised Super Elite benefits."