Articles
Katie Genter is a location independent digital nomad who has traveled full time since June 2017. Her focus at TPG is points, miles, loyalty and credit cards.
Follow
May 13, 2018
•
4 min read 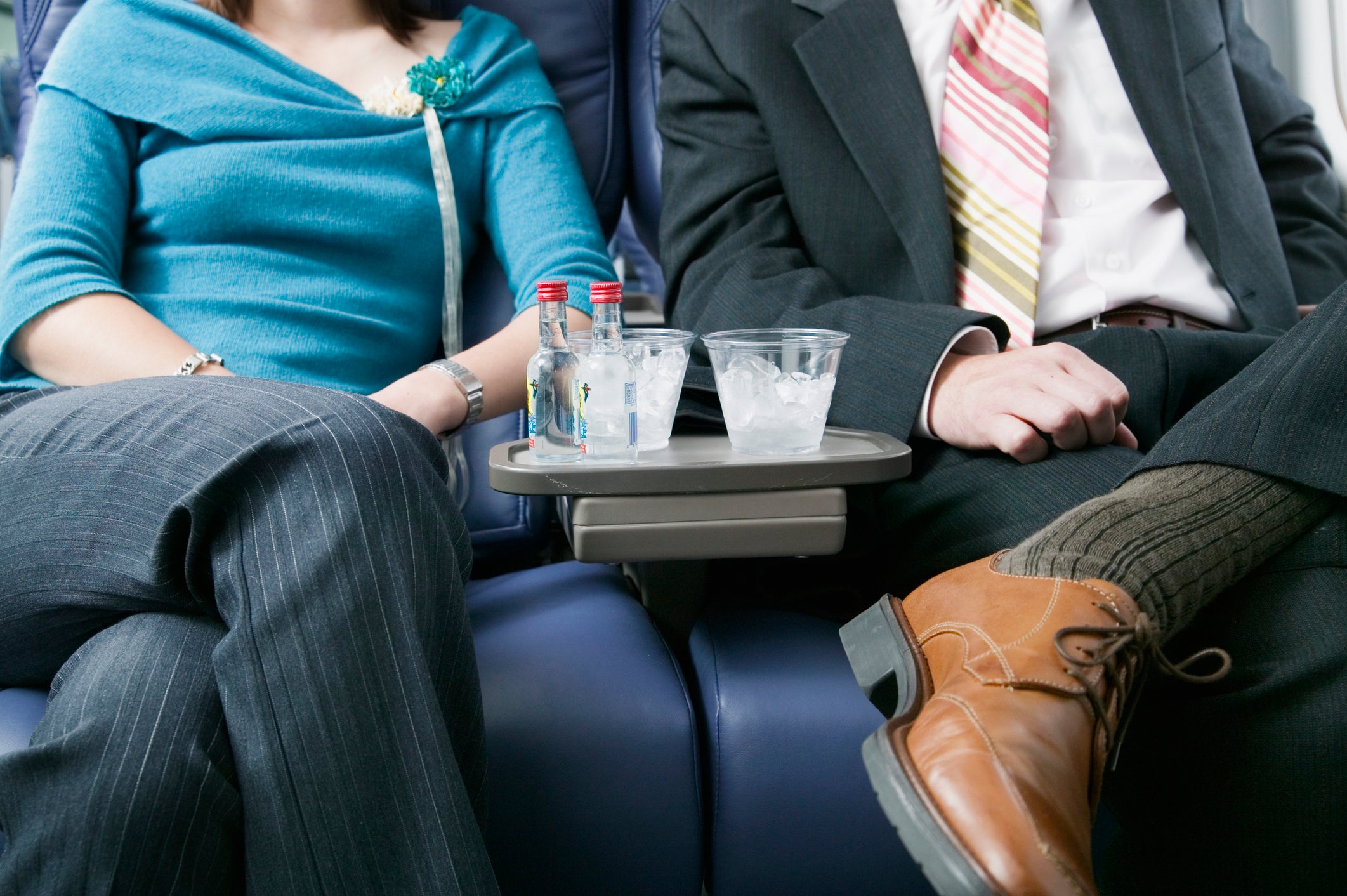 One perk of flying first class is settling in with a pre-departure beverage (PDB). However, on my American Airlines flight 1862 yesterday from Philadelphia (PHL) to Atlanta (ATL), a passenger was removed from the flight after ordering a few too many PDBs and sending them back to friends seated in economy. Here's what happened and my take on how AA handled the situation.

My interactions with the passenger I'll refer to as "1A" began at boarding. During Group 1 boarding, this passenger lined up with two friends who were booked in economy. He insisted that the gate agent allow them to board together. The friends had too many carry-on bags — which the gate agent noted — but 1A brushed away the agent's request for the extra baggage to be consolidated or gate checked. As the group sauntered down the jetway, they celebrated with language that isn't appropriate to repeat.

The passenger took his seat in 1A while his friends continued into economy. Shortly thereafter, the first-class flight attendant greeted each of the eight first-class passengers by name and asked if they'd like a PDB.

As boarding neared completion, the man in 1A asked for two more "double shots on ice." The flight attendant told him he could only order one drink at a time, so he ordered one "double shot" for himself and one for the lady next to him in 1C — who seemingly was a stranger and didn't want the drink.

Once the drinks were delivered to 1A and 1C, 1A took both doubles and headed toward the economy cabin. The flight attendant quickly stopped him, telling him he must stay in the first-class cabin. The man argued that he needed to go to the bathroom — with his two drinks — to which the flight attendant noted there's a bathroom at the front of the plane for first-class passengers.

By this time, the plane was completely loaded but I noticed that the pilots were still standing in the forward galley and the boarding door remained open. After downing one of the doubles, 1A seemingly gave up on his idea of providing PDBs to his economy friends and returned the other full drink to the flight attendant.

The 12:54pm departure time passed with the boarding door still open. Ten minutes after scheduled departure an American Airlines representative boarded the plane with a printout and asked to speak with 1A in the jetway. I couldn't hear the discussion, but 1A returned to get his carry-on baggage and left the plane with no further comments.

The boarding door closed and the plane pushed back almost immediately after 1A left, with the friends in economy still onboard — and no economy passenger being upgraded to fill the now-empty first-class seat.

TPG reached out to American Airlines for comment and was told that American is looking into the situation. However, I overheard the flight attendant tell another first-class passenger that the man would be re-booked on a later flight.

In answering questions, the flight attendant said that the decision to remove 1A was based on a combination of factors, primarily the safety of the crew and passengers. The flight attendant didn't elaborate, but I assume other factors included 1A's interaction with the gate agents at boarding, the amount of alcohol ordered before take-off and potentially his persistent attempt to share alcohol with economy class passengers.

Ordering an excessive amount of alcoholic PDBs, especially if you're trying to share them with economy passengers, can and should get you removed from a flight*. I applaud American Airlines for how they handled this situation.

Our points-obsessed staff uses a plethora of credit cards on a daily basis. If anyone on our team wouldn’t recommend it to a friend or a family member, we wouldn’t recommend it on The Points Guy either. Our opinions are our own, and have not been reviewed, approved, or endorsed by our advertising partners.
See all best card offers
Related stories
Guide
Here are the best Travel Tuesday flight deals
News
Hilarious all-new secret password will unlock bonus treats at Kimpton hotels this holiday season
Deals
Round-trip flights to Alaska starting at $157
Guide
5 apps to help you beat jet lag