Here is everything I did to get American Airlines Platinum status

Articles
Caroline Tanner covers news and travel for TPG. She is a journalism graduate of Mizzou and Northwestern.
Follow
Dec. 26, 2022
•
8 min read 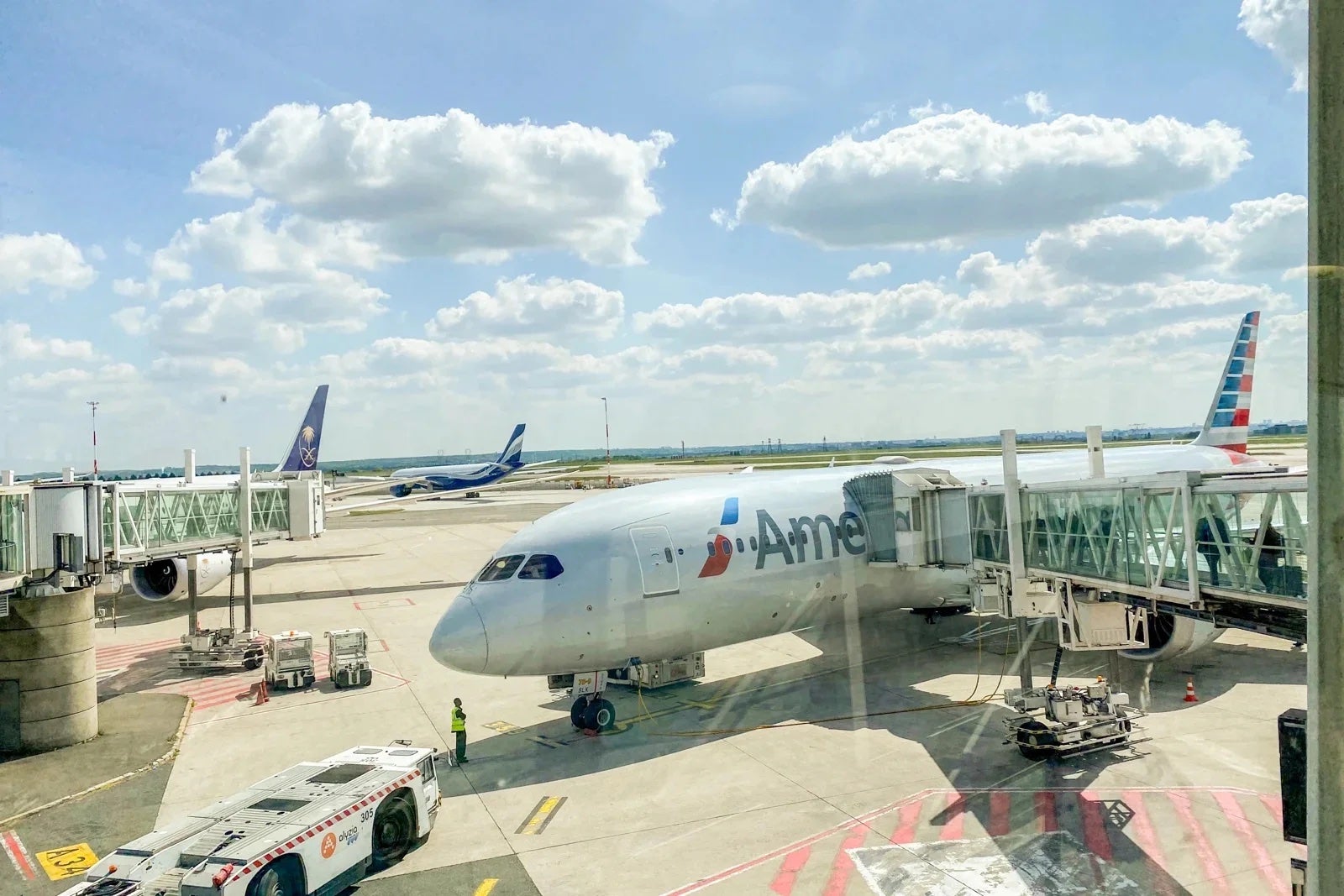 My journey with elite airline status has developed quickly during my time as a travel reporter at TPG.

When I first joined TPG in June 2021, achieving even entry-level elite airline status seemed like an impossible hurdle for someone like myself; I did not have a cobranded airline credit card, and I traveled inconsistently — especially compared to my colleagues, some of whom travel weekly.

Therefore, I knew I wouldn't earn status via credit card spending or travel alone. Instead, I would have to strategically earn status and look for additional, more creative ways to contribute. I began to think of my status approach as various income streams that provide multiple ways to earn Loyalty Points — the points are American Airlines' status currency and are based on distance, spending and fare class flown.

For me, it came down to flying consistent domestic flights, with a few long-haul flights sprinkled in; I also prioritized staying at Hyatt properties when traveling and intermittently shopping online through the AA shopping portal whenever possible.

I went from never holding airline status to becoming an American Airlines AAdvantage Gold member in about eight months.

Since becoming an AAdvantage member on July 15, 2021, I have flown on 17 American Airlines flights and earned Loyalty Points from all but two of them, which I used award miles to book. As a friendly reminder, only paid flights count toward status. Of these 17 flights, 11 were domestic flights (mostly short-haul regional flights within the East Coast and Midwest, minus a one-way flight from Washington, D.C., to Phoenix).

These domestic flights combined added 12,746 Loyalty Points to my account.

In December 2021, I attended a TPG retreat in Scottsdale, Arizona, where I won 30,000 Loyalty Points in a raffle. When these points appeared in my account on March 1, 2022, I instantly had entry-level Gold status through Feb. 28, 2023. With this 30,000-point AAdvantage adjustment, I had just less than 45,000 Loyalty Points total, thanks to the approximate 15,000 Loyalty Points I had earned in the preceding seven months of AAdvantage membership.

Needless to say, this is unusual and wouldn't have happened outside of my TPG employment. Still, it turned me into an American loyalist, and I began prioritizing flights on American and Oneworld partner airlines when possible. It also meant I now earned a 40% mileage bonus as a Gold member, equal to 7 miles per dollar spent on flights — which is 2 miles more than a non-status flyer.

This also began my quest to reach Platinum for 2023.

Beyond the aforementioned domestic flights, I took two international round-trip flights to Paris and Singapore this year. However, only my trip to Singapore contributed to my Loyalty Points earnings (even though it wasn't an American flight).

As I looked ahead to the end of the year, I knew my best bet to reach Platinum for 2023 was by booking a long-haul flight in a premium cabin; you earn bonus miles that qualify toward your Loyalty Points balance when you fly premium economy, business class or first class.

To do this, I took a rather indirect flight route from ORD to Singapore Changi Airport (SIN). The route was a round-trip flight on Finnair in October across four segments: ORD-Helsinki Airport (HEL), HEL-SIN, SIN-HEL and HEL-ORD. In total, I flew more than 20,00 miles over five days to earn 28,554 American Loyalty Points through Finnair, a Oneworld member.

Read more: Why I booked a Finnair flight to help me reach American Airlines elite status

Even so, I was still short 6,371 points to reach Platinum as of November 2022. I planned on reaching it via three trips:

Although I was focusing on earning Loyalty Points mainly via flights, I earned Platinum earlier than expected, thanks to my Black Friday online shopping via the AAdvantage shopping portal.

This is perhaps the easiest way to earn Loyalty Points, since you're shopping for purchases you were already going to make. American's eShopping portal rewards users with base miles that count as Loyalty Points for purchases made at participating retailers.

As of December 2022, miles earned from online shopping with AAdvantage eShopping count toward Loyalty Points at a 1:1 ratio. The number of miles you earn depends on the specific retailer and price point. For example, I earned almost 4,000 Loyalty Points through purchases made at Hunter Boots, Alo Yoga, Lululemon and Gap, based on their earnings offerings and transaction totals.

Those Loyalty Points, along with my round-trip flight last week from ORD to LGA, were enough to reach Platinum this month ahead of schedule.

Related: Comparing the Finnair premium economy flight experience on the A330 vs. the A350

Become loyal to 1 airline and alliance

As you read, I became an American Airlines loyalist by default. Even before becoming a status holder, though, I organically opted to fly American over other carriers based on route availability out of my then-home airports, DCA and Dulles International Airport (IAD).

Although I primarily fly from Chicago these days, American has a large enough presence at ORD to make the longer commuter to O'Hare in the northwest suburbs versus the city's Midway International Airport (MDW) worth it.

Once you decide on an airline, be sure to take advantage of alliance perks; American status opens the door to the 13 Oneworld member airlines that connect passengers to 900-plus destinations in more than 170 countries. Popular Oneworld airlines include Alaska Airlines, Cathay Pacific, Japan Airlines and Qatar Airways.

By flying on these other carriers as an AAdvantage Sapphire member, I get reciprocal benefits on partner flights, including priority check-in and boarding, plus lounge access when traveling internationally. I can also access American's signature Flagship lounges when departing on or connecting to a same-day, qualifying international flight in any class, including at ORD.

Take advantage of the Hyatt-American partnership

As a Discoverist, I earn 5 World of Hyatt points per dollar spent on eligible stays at Hyatt.

Though I did not expect to secure AAdvantage Platinum for several more months, I was pleasantly surprised to earn it ahead of schedule.

Now it's on to my next goal: obtaining Platinum Pro by March 2024.

Read more: I flew premium economy for the 1st time: My coach mindset says it's not worth the extra money

Featured image by CAROLINE TANNER/THE POINTS GUY
Editorial disclaimer: Opinions expressed here are the author’s alone, not those of any bank, credit card issuer, airline or hotel chain, and have not been reviewed, approved or otherwise endorsed by any of these entities.