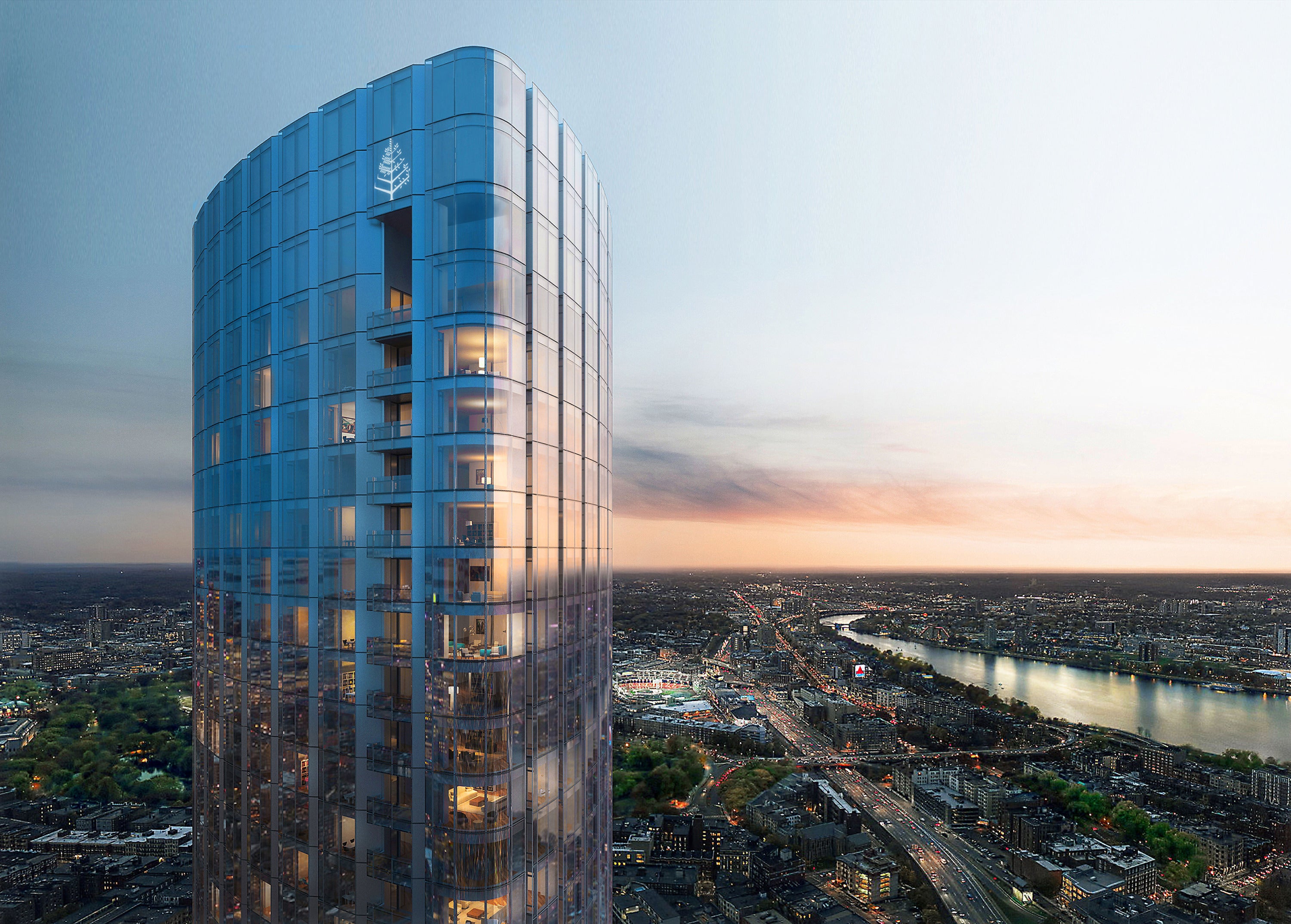 More rooms, more variety: A hotel boom comes to Boston
This post contains references to products from one or more of our advertisers. We may receive compensation when you click on links to those products. Terms apply to the offers listed on this page. For an explanation of our Advertising Policy, visit this page.

Baseball, baked beans and that Boston accent: For decades, those have been the standard shorthand descriptions for outsiders when they've thought about Beantown.

Now it's time to add hotel mecca to the list.

Boston is in the midst of an unprecedented hotel boom. Over 2,200 hotel rooms have been added in the past year, with over 2,700 additional rooms confirmed to open by 2021 and an additional 5,600 rooms either approved or in the planning phases. That translates to over a 10% increase in the area's collective hotel supply, according to Pinnacle Advisory Group.

Though luxury properties like the Encore Boston Harbor and Four Seasons Hotel One Dalton have dominated headlines, there are new hotels for all types of travelers (including points hounds). Marriott's opened six properties in the area since 2018: two AC Hotels (one in the South End and the other in Brookline), the Courtyard by Marriott Boston Downtown/North Station, The Row (part of the Autograph Collection), the Residence Inn Roxbury and the Moxy Boston Downtown. Hyatt fields the Hyatt Centric Faneuil Hall Boston and a Hyatt Place that's slated to open in the South End in 2020. IHG opened a new Holiday Inn by Logan Airport (BOS), and Hilton has a hotel complex under construction in the Seaport District, which will house a Hampton Inn and Homewood Suites. There are also several new, more-affordable modular hotels that aren't a part of the major chains, like the citizenM Boston North Station and Yotel Boston, as well a number of independent boutiques like The Whitney Hotel.

Related: 6 of the best-value points hotels in Boston

The Omni Boston Hotel at the Seaport and Raffles Boston Back Bay are on deck to open in 2021. Raffles, which is known best for its opulent Singapore hotel, currently has just 14 properties worldwide, and this will be the first one in the North American market. Remember the new Four Seasons Hotel One Dalton? That's Boston's second Four Seasons, putting Boston on an exclusive list of just 10 cities around the world to have more than one Four Seasons property.

And aside from new constructions, a number of Boston icons such as the Taj and Langham are undergoing extensive renovations. The list goes on and on.

Related: A review of the Fairmont Copley Plaza, Boston

So why the sudden surge? Boston's always been a popular travel destination because of its major historic sights, sporting events, musical venues, delicious cuisine and more. Attractions like Fenway Park, the Freedom Trail and Museum of Fine Arts have been around for over 100 years. The region has also long had a generally stable economy rooted in health care, technology and higher education. Growth in these sectors have fueled rising room rates.

Related: Delta Air Lines says Boston is now one of its hub cities

Boston's Seaport District also underwent massive redevelopment efforts in recent years, and has stimulated significant economic growth. With the opening of the Boston Convention and Exhibition Center there, it's becoming a more popular convention destination. Several major companies are also significantly expanding their presence in the seaport, including Amazon, which is opening a 430,000-square-foot office, and General Electric, which is moving its global headquarters there.

It's the combination of factors like these that have driven this newfound demand for Boston hotels, but the bottom line for travelers is that they're likely the ones to reap the benefits. Right now, room rates at midscale Boston hotels can easily hit $300 or more per night during popular seasons, but Pinnacle Advisory Group expects the area's average hotel occupancy rate to drop slightly as the flood of new rooms hits. Hopefully, we'll see lower nightly rates moving forward.