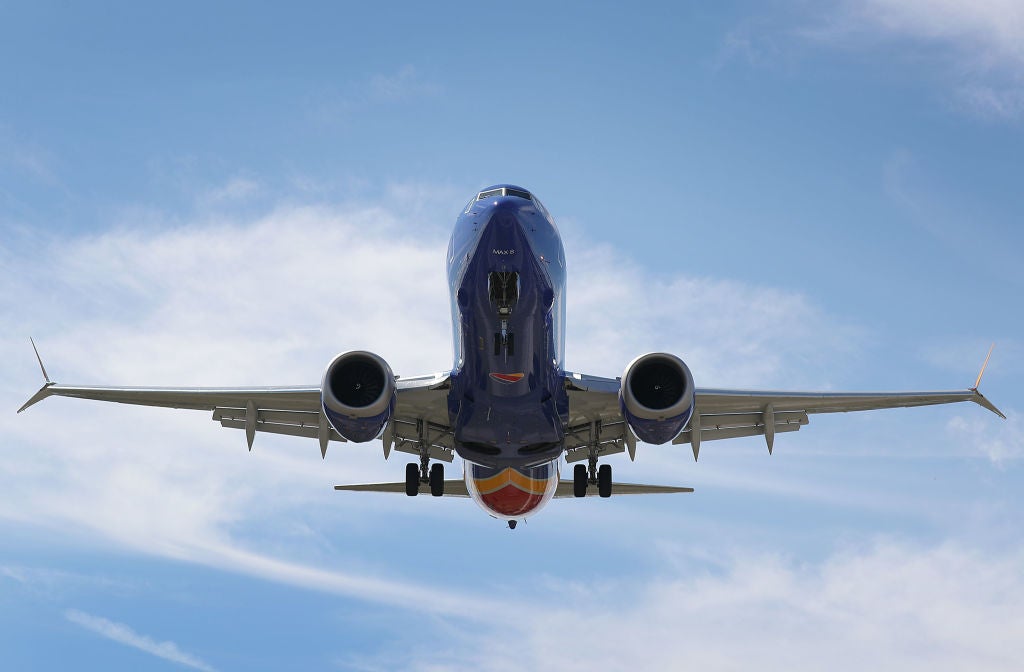 Boeing 737 MAX Grounding Means Fewer Seats, Higher Fares This Summer
This post contains references to products from one or more of our advertisers. We may receive compensation when you click on links to those products. Terms apply to the offers listed on this page. For an explanation of our Advertising Policy, visit this page.

A record-breaking spring travel season is giving way to what is sure to be one of the busiest summer travel seasons ever in the US.

According to numbers from the Transportation Security Administration, about 107 million passengers will be screened at airports around the US from March 14 to April 28. That's a 3 percent increase from last year. Those numbers are sure to carry over into the busy summer travel months, a time frame that has consistently been breaking air passenger records.

This summer, however, could prove even more harried than usual for US flyers, as both Southwest and American Airlines have taken the grounded Boeing 737 MAX planes off their schedules into August (until 8/5 and 8/19, respectively). The lack of MAX planes will result in 275 fewer daily flights for both airlines combined through some of the year's busiest travel days.

More flyers and fewer planes does not equal a happy summer travel equation.

In addition to potential flight schedule disruptions, experts say there is a chance the extended MAX groundings might also contribute to making summer airfares more expensive.

"Those summer travelers who are already booked may see some disruption or reaccommodation, but should not be exposed to pricing changes," Robert Mann, an independent airline consultant, told TPG in an email. "Those yet to book may see limited available inventory, which could push them up a bucket in the fare structure," he said, noting that the MAX represents approximately 1.5% of American Airlines' summer capacity, and an even higher percentage for Southwest, whose 34 MAXes make the largest fleet of the jet in the US.

Other industry voices say that fares will raise, but that is mainly due to stronger demand from flyers heading out on vacation.

"We do expect fares to trend higher initially because we are expecting stronger leisure demand right around now," Helane Becker, managing director at Cowen in New York, told TPG in a phone interview. "We're expecting things to pick up this weekend and continue through the summer months."

Becker notes that airlines can only raise ticket prices so far before they start to push away customers. "There's a limit to how high fares can go because eventually people opt out and people drive," she says.

Passengers should take some solace in the fact that airlines are taking the MAXes off their schedules months in advance because that can make flight operations more stable in the long run.

"The idea of taking them out of the schedule is to protect clients so that customers are not inconvenienced by canceled flights," Becker said. "Obviously there was a huge impact in March because airlines were told the planes were grounded immediately. So that meant they had to cancel flights and reaccommodate their passengers."

Regardless, there are still many unknowns driving potential price hikes around the 737 MAX, namely how long the fixes to the plane's software will take to complete.

"What we (and airlines flying them) don't know is how close to release the Boeing MAX software changes are, and how long the politics will delay re-certification," Mann said. "Norwegian and other small operators where the MAX is a significant factor will see greater disruptive impacts to schedules."

Becker also notes that if the FAA approves the MAX planes to fly before August, airlines will have the option to bring them back into the schedule. That process would take about three to four weeks, and the planes would be operated as spares, filling in for other planes that have maintenance issues as they are slowly reintegrated back into flight schedules.

Both companies have lost money in the aftermath of the MAX groundings. Southwest lost at least $150 million in the first two weeks of the MAX ban (in conjunction with a dispute with its mechanics), and American cut its revenue outlook since the groundings took effect on March 13.