How to Trek the Himalayas for $30 a Day

Articles
Brian Biros spent most of the last 15 years backpacking through 100+ countries. He writes TPG's Points & Miles Backpacker column, so you'll more likely find him in a hostel than a Ritz, if you can find him.
Follow
April 15, 2019
•
15 min read 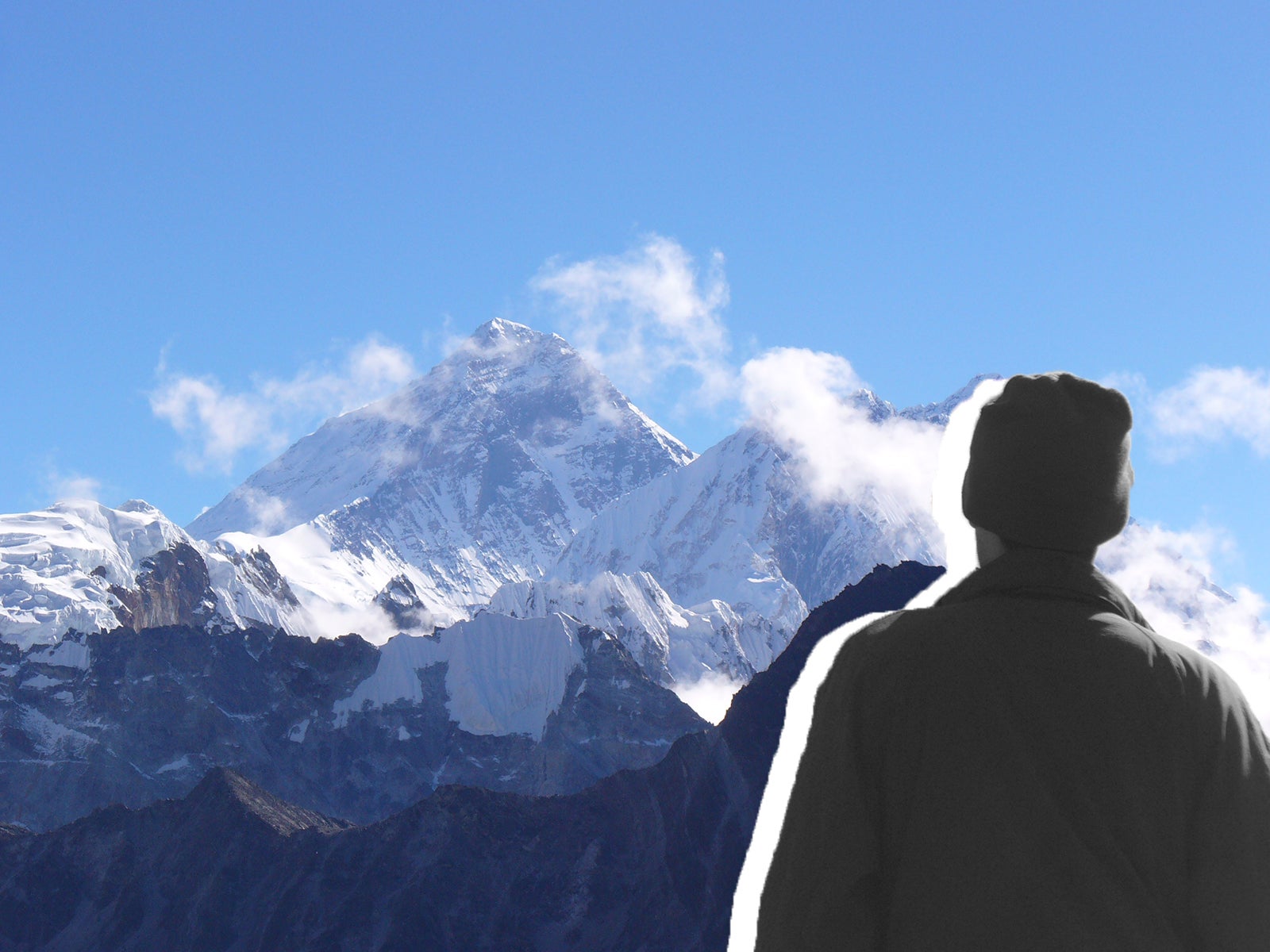 There are mountains, and then there are the Himalayas. No disrespect to the Rockies, Alps and Andes, but there's really no feeling that compares with being dwarfed by the towering, jagged peaks of Nepal. And you can get that sensation without breaking your back or your bank, because treks through the Everest and Annapurna regions of the south Asian nation can be surprisingly accessible and affordable.

Of course, summiting Mount Everest is an accomplishment very few will ever attain. It's not only physically treacherous, but also prohibitively expensive. Climbers wishing to summit the highest mountain above sea level can dish out $20,000 to the Nepalese government in fees alone, and the cost of a full expedition starts at double that price, and can run well over $100,000.

But nontechnical trekking through the Himalayas is much, much more reasonable on the same lower altitude paths used by professional mountaineers. Nepal is a long way away, but it's reachable on points, too, putting it well within reach for savvy points travelers. Once there, it really is possible to live on $30 a day or less while trekking through the most magnificent mountain landscape on the planet.

And that's about it. "Teahouses" provide lodging and cost nearly nothing because it's expected that you'll eat dinner and breakfast there during your stay. But food is plenty cheap around Nepal, too. I felt like a hobbit eating breakfast followed later by second breakfast. But even at four meals a day, I was rarely spending more than $25 total on food and tea. Just bring plenty of Nepalese rupees — no one takes credit cards and you'll find zero ATMs on these treks.

You can also skip the beers until the trek is over. Transportation costs drive the price of booze high, and it's a pain to dispose of the cans and bottles. Plus, you'll already be challenged to stay hydrated with the extreme elevation.

Up front costs are also reasonable. Nepal's entry visa costs $40 and hiking permits are around $40 and $50. But you don't want to cut corners on the preparation. You'll definitely need traveler's health insurance with medical evacuation, and quality hiking shoes, clothes and gear.

Bring your own methods for treating water, and don't buy bottled water. Hiking is the main event, and the continuous 360-degree views are all free. Obviously, there are plenty of good opportunities to spend more than this budget, but the point is you can trek through the Himalayas for less than what it costs to stay at home.

How to Get to Nepal on Points

However, cheap economy cash fares can be found, too, which you can pay for with points. The standard cost is $1,000 to $1,200 but can drop as low as $600 round-trip. Using Chase Ultimate Rewards points, that's only 40,000 points round-trip!

One of the most common questions about trekking the Himalayas is, "Do you need a guide?" But the better question is, "Do you want a guide?"

Hiking With a Guide

If you don't have trekking experience, a guide can ease a lot of the logistical burden. However, the main benefit of hiking with a guide is that he or she should have a deep knowledge of the area. Aside from textbook facts about tectonic plates, the culture of the local population is fascinating. If you have a curious mind, a skilled guide should have an answer to nearly every question that comes to mind. So don't be shy.

Of course, hiring a guide and maybe a sherpa to help carry supplies will double the baseline daily cost or more, but that is still only $60 per day. And you're directly supporting the local population where the average monthly salary is roughly the cost of a nice dinner in the US.

Hiking Without a Guide

If you're content wandering through the mountains unsupervised and comfortable with the weight of your pack, you don't need to hire a guide to trek the Himalayas. Generally, the routes follow a valley or river, so it's hard to get too lost (save for the occasional wrong turn). Just make sure you have a reliable guidebook and a large, detailed map.

While guides are flexible and usually willing to adjust routes as you go, they may be less flexible with trip duration. You may find yourself in a village, for example, where you want to rest your feet and relax for a few days. Or you may want a multiday side trip. Or you may decide on the backside of the Annapurna Circuit you're over it and want to fly the rest of the way from Jomsom. You likely won't get money back if you decide to cut your trip short. And while guides are generally willing to extend treks to work longer, they may run into scheduling conflicts with the short trekking seasons, which only last from April to May and late September to early November.

Get a Good Guide Book and Map

If you are trekking the Annapurna region, I highly recommend "Trekking the Annapurna Circuit & Trekking South of Annapurna: Along the New NATT Trails Which Avoid the Road." Sure, it definitely loses some style points with that title, but it does clearly explain what makes the book so great.

Years ago, the trail along the first several days of the Annapurna Circuit was converted to a road. This was much more convenient for locals who previously had to hike to get anywhere and relied solely on sherpas for outside goods. For hikers, however, a walk on a road is much less appealing.

Fortunately, new trails have been created that, as the title mentions, avoid the roads and make the Annapurna Circuit a true trek once again. The German and Nepalese hikers that created and marked these new Natural Annapurna Trekking Trails (NATT) also wrote the guide book. The fourth edition is available on Kindle in the US, otherwise some Amazon UK listings will ship internationally. You'll also want the map to accompany the book. Both the book and map can be bought locally in Nepal, but it's best to get them long before for planning.

For a great overall guide to trekking Nepal, including the Everest region, check out "Lonely Planet Trekking in the Nepal Himalaya."

Even if you hire a guide, a good guide book and map is still highly recommended. Start reading, planning, shopping and prepping well beforehand.

I know no one ever says to "pack heavy" for a backpacking trip, but this suggestion is especially important when you are carrying the weight of your belongings on your back for weeks at elevation.

Halfway through day one of the Annapurna Circuit, I paid a local man $10 to carry a small bag of stuff I really didn't need back to my hotel. My friends also shed things along the way. Anything in the "maybe" pile should be left behind long before you begin. If you don't, you'll end up leaving it behind a week into your trek and never see it again.

Showers are available at some teahouses, but you usually have to pay for the wood or gas to heat the water. You'll quickly get used to not needing a shower every night. In general, don't worry too much about hygiene. Splash your face with water, wipe down with a wash cloth and save the shower for after your trek. You will get smelly, and no one will care.

Merino wool garments are lightweight and can hold up against odor for much longer, meaning you'll pack less and trek longer before you start to miss your shower.

You'll need a warm sleeping bag (negative 10 degrees Celsius), but you can rent this in Kathmandu for about a dollar per day from many places including, most likely, your lodging. Even though you'll be wearing layers within the bag, a silk sleeping bag liner will provide a few extra degrees warmth (and peace of mind if you don't trust the cleanliness). I've mentioned my love for silk liners' usefulness and versatility before, and it's definitely a worthy piece to add to your travel arsenal.

I'm also a fan of trekking poles that can also be rented in Kathmandu for a dollar per day. They ease the impact on your knees and will help you up the long, steady inclines. They also saved me from falling on my face on more than one occasion.

The one thing you don't want to rent on arrival? Boots. Make sure your hiking boots are well broken in before your trip, and always wear two pairs of socks — one inner liner pair and an outer pair for warmth (no cotton)! I got blisters a few days into the Annapurna Circuit and hiked in my friend's imitation Crocs for four days while wearing my other friend's liner socks. Please learn from my mistakes. Someone needs to make that experience worthwhile.

If you're trekking the Annapurna region, the Annapurna Circuit is rightfully the most popular option. Three weeks is suggested for the trek, but it's possible to cut out a week or more by making some tough sacrifices.

The beauty of the Himalayas isn't reserved for the Sir Edmund Hillarys of the world. Logistics are easier than you'd expect and Kathmandu is definitely reachable on points. Be sure to look out for Acute Mountain Sickness (AMS), which I discussed in an earlier article on climbing Mount Kilimanjaro, but almost anyone can get into shape and save up the few bucks necessary to experience the world's mightiest mountains.