Articles
Summer Hull , aka Mommy Points, ran the Mommy Points site for families who want to travel more for less using miles and points for seven years. She now heads up a variety of special projects at TPG when she isn't exploring the world with her own two girls.
Follow
Dec. 02, 2018
•
5 min read 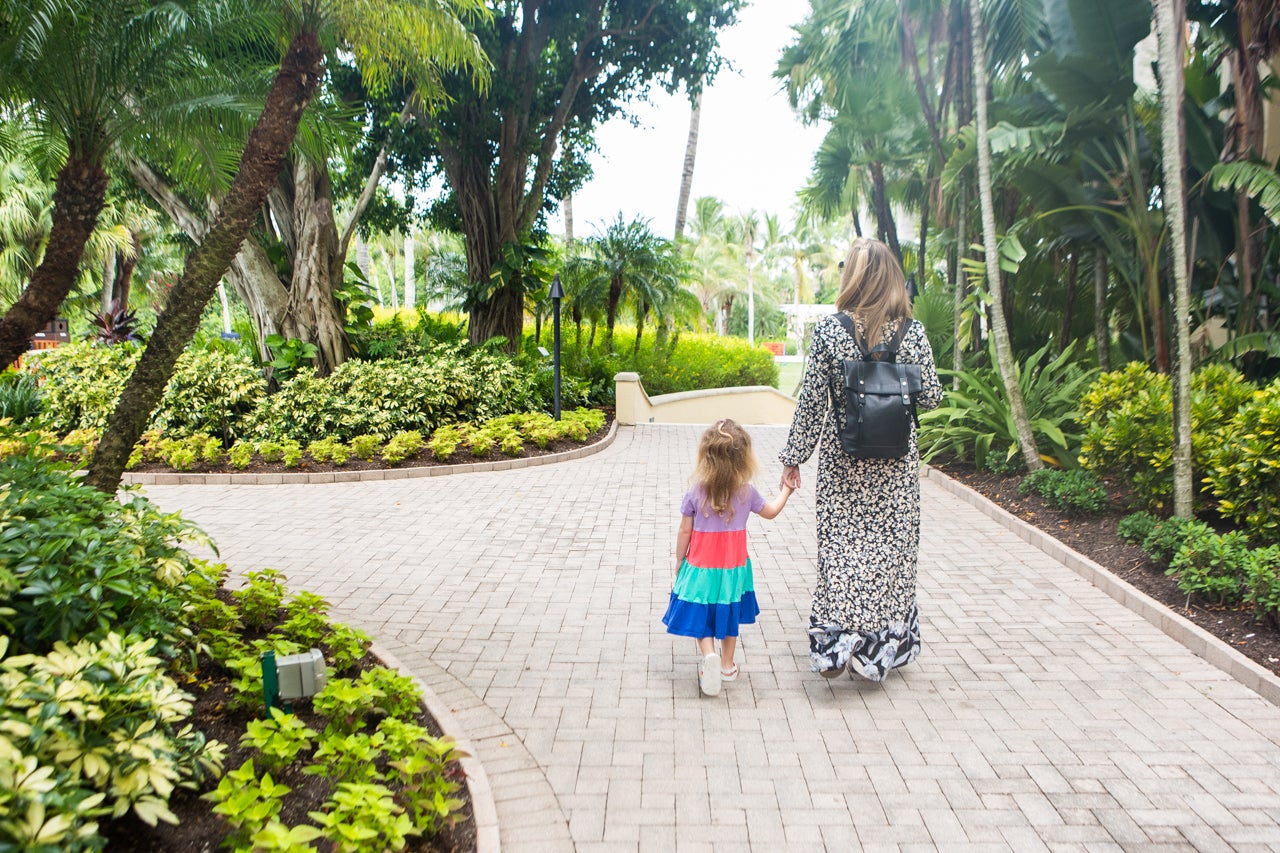 Once upon a time, we lived in Austin and would take periodic trips to the Houston area to visit my parents shortly after we had our first daughter. We were not only new parents, but we had a tough baby — there was the life-flight helicopter ride, a subsequent NICU stay and seemingly nonstop screams (of intense colic) for months. As new parents, we were shell-shocked to the core, and our semi-regular car trips to visit grandparents were mainly so we could take a nap and have extra help for a couple of days when we were at the end of our ropes. If it wasn't for that, we wouldn't have left the house with our first daughter for almost the entire first year.

Traveling With Kids Can Be Hard at First

On what used to be a three-hour road trip to get to grandparents, we'd have to stop at least once or twice for feedings or diaper changes. I'm not exaggerating when I say we filled the back of our truck with baby gear for a simple weekend visit. A simple journey had become a challenging and daunting task that we dreaded.

The months and years went by, and that drive got easier as our first daughter grew. About nine months into parenthood, we moved to the Houston area to be closer to grandparents full-time, so we didn't make the trip as frequently.

Then our second sweet girl came along. She thankfully skipped the NICU stay and helicopter ride, but had plenty of other "excitement" in store for us in her first few years on earth. One of her quirks was motion sickness and nonstop screaming on car rides. As soon as she grew out of that ear-piercing stage, she developed an even weaker stomach while in the car (and sometimes on the plane). She also didn't really sleep at night unless she was held upright. In other words, travel wasn't simple for quite a while. We canceled at least as many trips as we took in her first year of life — and that was as "seasoned" parents.

It Gets Easier When You Least Expect It

Given how many times per week I'm asked by other traveling parents "when does it get easier?" I know I'm not alone in that battle to want to do more with the kids without overdoing it. It was hard, but we didn't let the challenges of the baby stage keep us locked in our house every single day in those early years. We had our share of sleepless nights in hotel rooms with a baby, flights where we all landed covered in baby mess, and we (all) shed tears in more places than I wish to count. But recently, things have shifted.

On a road trip back to Austin this fall, that same three-hour drive that felt interminable at times flew by. The girls ate in the car, napped, watched a movie (and didn't puke). Their stuff all fit in one bag and no one had to stop for a snack, nursing or potty break. I didn't realize even how easy it was until it was over.

About a month later, I flew to Florida with both girls by myself and, again, there wasn't a mile-long packing list, no diapers, no bottles, no sleepless night drama, no tears — nothing. I hate to say it was easy, but it really was. I had to bring a car seat for the 3 year old, and there was a nighttime "macaroni and cheese" emergency, but those are very manageable issues to solve. And now, just one month after that trip, this very week we didn't even fly in a pullup on a quick jaunt to Disney World. While I wasn't paying attention, little by little, travel got easier.

Every parent has heard the saying that "the nights are long but the years are short," and it is trite but true. The upside of this reality is that, before you know it, the trips that at one point were off the table will quickly come back into play as your kids pass from one stage to the next. When that happens isn't set in stone, and it doesn't all happen at once, but traveling with kids really does get easier.

Not to rub it in if you are in the trenches, but traveling with kids gets way more fun, too.

I challenge you to periodically think through trip ideas you may have written off because they once felt like more hassle than enjoyment. Eventually, these are the trips that become not only doable but also pleasant. If you are in the rough patch when travel (and life) just aren't easy with little kids, hang in there. It will pass when you aren't paying attention and clearer skies will return.

Featured image by Photo by Shelby Soblick for The Points Guy