Planes, buses, trains and cars: The best ways to travel between Los Angeles and San Francisco 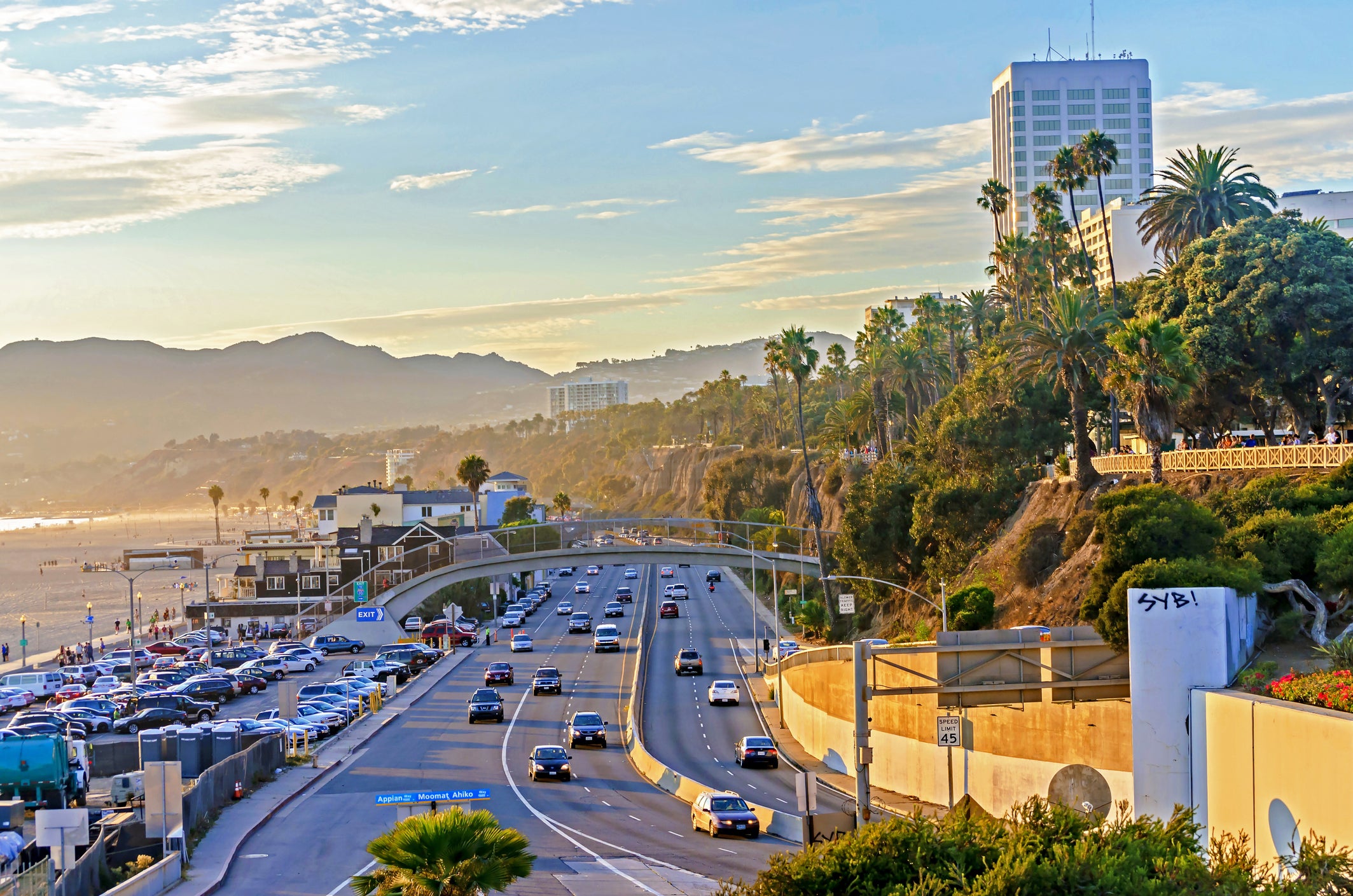 California encompasses diverse attractions, natural beauty and fabulous cities, including the contrasting world-class cultural hubs of Los Angeles and San Francisco. They are home to some of the state's most recognizable sites -- from Disneyland to the Golden Gate Bridge, and Hollywood to Fisherman's Wharf -- and residents and tourists alike make the 382-mile trek between these two iconic cities using a slew of transportation methods.

Today, we'll look at all the ways to travel between Los Angeles and San Francisco and the modes of transport that may work best for you.

Thanks in part to this route's popularity, flights between Los Angeles and San Francisco are extremely competitive year-round in terms of airfare pricing and the number of daily departures.

U.S. legacy airlines, such as American Airlines, Delta Airlines and United Airlines, have no fewer than 13 nonstop flights each from Los Angeles to the Bay Area daily. JetBlue, Southwest and Spirit Airlines also operate between the two areas, cutting into the profits of the legacies, with ultra-low fares and free baggage (except Spirit, which allows only a free personal item).

A flight from SoCal to NorCal, as each region is affectionately called, starts at around $30 one-way.

With fares so low, a good option might be to save hard-earned airline miles for pricier domestic sweet spots and instead use fixed-value miles -- like those earned from the Capital One Venture Rewards Credit Card -- to wipe out the cost of the flight.

Flixbus offers bus service between Los Angeles and San Francisco seven days a week. The schedule consists of six to 12 nonstop daily buses during the week and up to 14 buses on Saturday and Sunday. Buses depart from downtown Los Angeles, University of Southern California (USC) and University of California, Los Angeles (UCLA).

Rates start at $9.99 each way and the trip lasts anywhere from 6.5 hours to eight hours.

Greyhound, the largest bus carrier in the United States also runs several buses per day from LA to San Francisco, with rates at just a few dollars more than its competitors -- starting at $25. Its express trips, many overnight, take a little more than seven hours and allow passengers to save the cost of lodging if they so choose.

While bus service between Los Angeles and San Francisco is the slowest mode of transportation out of the existing options, it could be a sensible option for some given the low fares and amenities such as sufficient legroom, bathrooms, Wi-Fi service and power plugs for all electronics. Just make sure to use a card like the Chase Sapphire Preferred Card and Chase Sapphire Reserve for your ticket purchase that earns bonus points on travel expenses, such as bus transportation.

Related: Which purchases count as travel with the Chase Sapphire cards

California is still at least a decade away from its ambitious goal of an $80 billion high-speed "bullet" train from Los Angeles to San Francisco. Theoretically, this route would get passengers from LA to SF in only two hours and 40 minutes. For now, the sole operator Amtrak, will transport passengers between the two areas on a trip that takes close to 10 hours. The train itself does not go directly to downtown San Francisco and instead requires a connecting bus (or two) to reach the city. The journey is long and requires several connections.

Another train option is the much more enjoyable, albeit equally long, scenic route via train between the two cities. Widely regarded as one of the most spectacular American train routes, Amtrak's Coast Starlight offers a 12-hour ride along the shore with majestic views of the Pacific Ocean and mountain ranges. The Superliner Roomette is a comfortable option for those wanting to rest; the seats convert to a lower bed and an upper bed folds down -- perfect for two passengers traveling together. Regular coach passengers enjoy spacious seats with ample legroom and food available for purchase. Prices for the picturesque ride start at $67.

The Amtrak Coast Starlight line runs once a day from Los Angeles' Union Station to San Jose with a 20-minute connecting bus to Oakland's Jack London Square Station (not to the city of San Francisco). This may not be the most direct option to get between SoCal and NorCal but it makes for a wonderful, scenic journey.

If scenic views and the freedom to stop wherever and whenever is a priority, the drive to San Francisco from Los Angeles along the Pacific Coast Highway is unquestionably one of the most beloved road trips in the world. While you can drive between the two cities along Interstate 5 (I-5) in about six hours, driving along the Pacific Coast Highway, also known as Highway 1, provides travelers with some amazing views and less congestion.

Allow about nine to 10 hours to get from LA to San Francisco on the scenic route, including a few stops to stretch your legs, enjoy a meal and use the restroom. If there's no shortage of leisure time, we recommend breaking the trip up by spending a night or two at the charming seaside towns like Pismo Beach, Santa Barbara or Monterey along the coast.

Los Angeles has rental car companies spread throughout the city, including at LAX. Rental car rates start at around $30 per day, and while the cost of gas has to be added on to this option, road-tripping by car is usually the most comfortable and economical choice for a group of friends or family looking to connect between the two cities.

A viable option is to book a one-way car rental for pick-up in Los Angeles and drop-off in San Francisco. Consider using AutoSlash to search for the lowest car rental rates and make sure you possess a credit card that offers elite status at many rental car companies.

The best option for you to travel between Los Angeles and San Francisco depends on time available, comfort and convenience. If you plan on exploring the California coast, travel by car is the best solution. If you prefer getting from Point A to Point B in the fastest time possible, flying is an easy decision. If letting someone else do the driving appeals, the train or bus alternatives are practical choices.

Related stories
What are points and miles worth? TPG’s December 2022 monthly valuations
Capital One Venture X to lose Priority Pass restaurants and spa services as of Jan. 1, 2023
December 2022
Current Hyatt promotions: Bonus points on stays and dining plus double stay credits
Featured image by Getty Images
Editorial disclaimer: Opinions expressed here are the author’s alone, not those of any bank, credit card issuer, airline or hotel chain, and have not been reviewed, approved or otherwise endorsed by any of these entities.