7 Strategies for Getting Over Your Fear of Flying 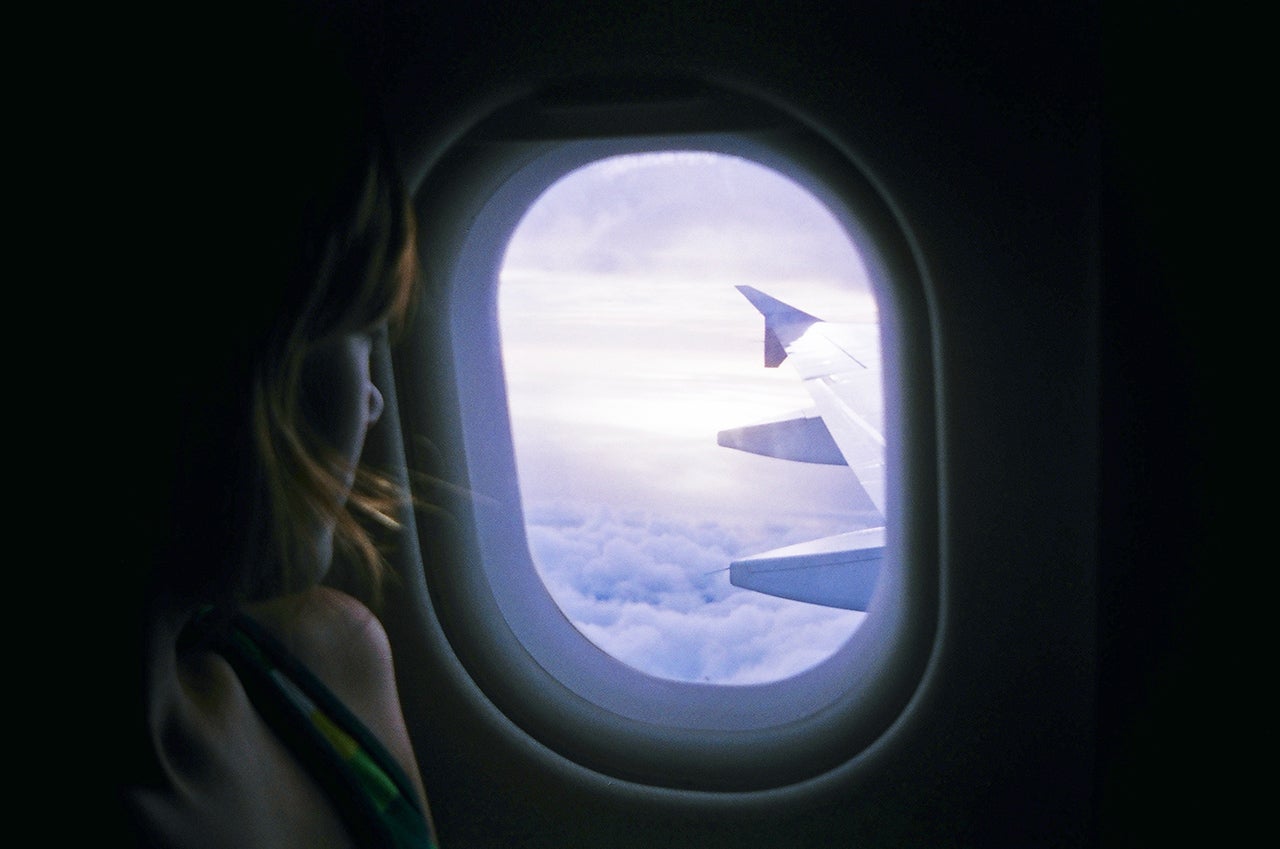 For even some of the most frequent flyers, hopping in an aircraft that's about to ascend 35,000 feet can be a bit, well stressful. If the thought of flying makes you uneasy, anxious and nervous, you're certainly not alone. Some estimate suggest a quarter of Americans may have a degree of nervousness associated with air travel.

If you identify as an uneasy flyer — whether it's the landing, take off or the flight itself that causes your heart rate to soar and your palms to sweat — you don't have to remain nervous on planes forever. We consulted with experts to determine a number of strategies that might keep you calm on your next flight.

David Austern, a licensed psychologist at NYU Langone Health, explained how an individual's anxiety surrounding their fear of flying typically stems from incorrect guesses about the odds of things going wrong on the plane.

"I would encourage people to ask themselves first what they think the chances are of their worst case scenario coming true," Austern told TPG. "If someone is afraid that the plane is going to crash and they’re going to die, we know that the odds of a plane crash are somewhere in one to 11 or 12 million."

Additionally, 2017 was the safest aviation year in history, according to data from Dutch aviation consulting firm To70 and the Aviation Safety Network. To70 also found that the rate of fatal accidents is one for every 12 million commercial flights.

Even some of TPG's most experienced travelers hate flying, but have found useful ways to deal with their stresses. There are plenty of apps available for download, for example, that can help you on your flight. Valk, for example, has an automated therapist button to help travelers through moments of panic. And the Flying with Claustrophobia app was specifically designed to help nervous flyers who feel trapped or confined on airplanes.

Austern also shared with TPG a few thinking and behavioral techniques nervous flyers can try out on their own, without needing to seek professional help. Along with reminding oneself of the actual odds of a flight incident, Austern suggested decatastrophizing the event. For example, flying can induce panic attacks for people who fear air travel.

"It would be really good for that person to remind themselves that even though panic attacks are unpleasant, they’re actually not dangerous at all. The worst case would be they would feel physiologically uncomfortable for some period of time while on the plane and then, eventually, their body would naturally calm itself down and they would survive the flight," Austern said.

Relaxation techniques are also effective ways to calm anxiety. A few techniques include guided imagery, where you visualize a predetermined safe and peaceful space using all five senses during a stressful situation; progressive muscle relaxation, which involves tensing up different muscles on purpose and gradually releasing the tension while breathing; and mindfulness, where you connect to the present moment or engage in meditation to increase the acceptance of your thoughts and feelings.

"When we're very anxious and in fight or flight [mode], were not necessarily thinking the most logically or rationally because the brain is kind of designed to shut our frontal cortex off to protect ourselves. So relaxation can also help us with the thinking techniques because we're more likely to remember those statistics when our bodies are calmer," Austern said.

Fly in a larger aircraft

According to The Points Guy himself, Brian Kelly, who flies more than 300,000 miles a year, you can mitigate your nerves by choosing a more comfortable aircraft.

"The bigger the plane, the less you’ll feel. The A380 is my favorite aircraft in the world. It’s quiet [and] it’s better for your body," Kelly said.

James Park, founder and principal partner of JPA Design — a London-based firm responsible for cabin redesigns — agrees. He told TPG earlier this summer that the A380 is one of the healthiest planes in the sky, thanks to the blissful quiet, cleaner air, increased humidity and more comfortable cabin pressure.

Overall, the most effective method for overcoming your fear of flying — or any phobia in general — is exposure therapy. Becky Blaine, 35 from Phoenix, AZ, is a member of the TPG Lounge. She described her first flight at age 16 as an unsettling experience. Strong turbulence (and flying, in general) made her uneasy and upset her stomach.

Blaine became sometimes too afraid to even step on a plane. She explained a time where she was scheduled to fly to Hawaii and never made it on her flight because she was so nervous to fly alone over the ocean. Around 2012, Blaine started traveling more. Slowly, she started to ease her nerves.

"It just really took me continuing to fly," Blaine said. "Now I’m at a point where I can take long-haul flights to Asia, flying over the ocean and I’m fine. I’m not nervous, my stomach doesn’t get upset and I’ll be asleep before the plane even takes off."

Austern also recommends abstaining from subtle safety behaviors that can actually maintain your fears. Drinking on planes, taking benzodiazepines like Valium or Xanax, only flying with a friend, keeping an eye on a flight attendant or sitting in the same seat on every flight are all behaviors that only temporarily reduce anxiety and discomfort.

"They signal to the brain this is a dangerous situation, because why else would we be so preoccupied with safety?" Austern explained.