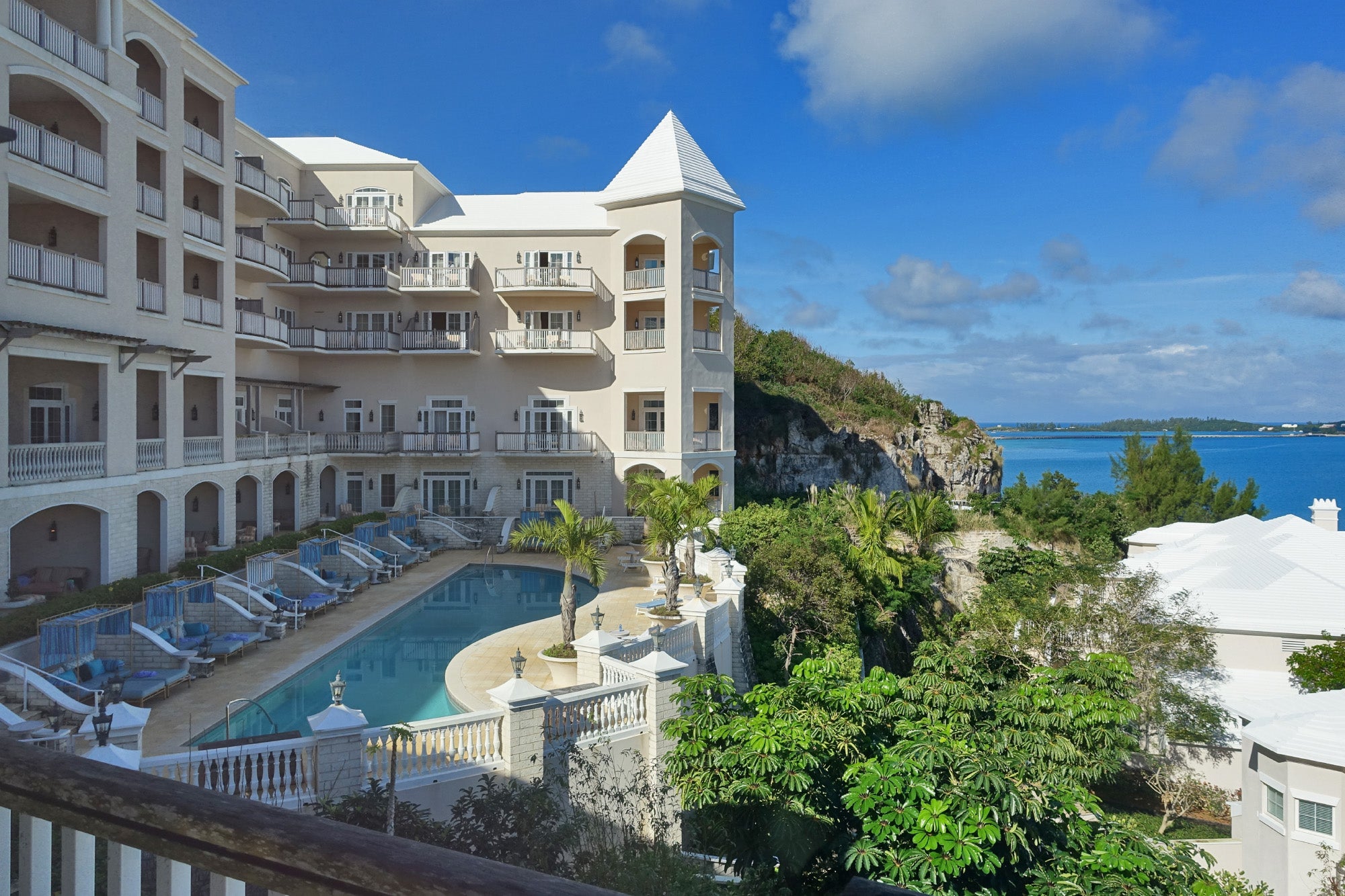 Bermuda has long been one of my favorite destinations in the world, ever since I had a chance to visit for just the cost of taxes and fees thanks to my All You Can Jet Pass, which netted me unlimited travel on JetBlue for an entire month in 2010. It remains one of my top picks for an easy East Coast getaway — flights are often very inexpensive from the New York City area, and you can get there with less than two hours in the air, making it a quicker trip than popular weekend escapes in Florida.

Related: Dreaming of a sandy beach? A country-by-country guide to Caribbean reopenings

I've always preferred to visit in the offseason, though — Bermuda is a tremendously popular cruise ship destination, and from what I've heard many times from locals, cruisers tend to overtake the island for the entire summer, resulting in crowded restaurants, roads and beaches. As a result, my trips have always been between September and April, when tourist numbers plummet with the temperatures (highs in the 70s make the island quite a bit cooler than its Caribbean counterparts). It's a far more affordable time to visit, though, especially with Bermuda's annual "Pink Sale" knocking 50% off shoulder season hotel rates.

While much of my summer is already filled with road trips around the Northeast, I'm considering squeezing in a Bermuda trip as well. Here's why I'm more excited than ever about going back to Bermuda.

Bermuda is reopening to tourists

I've been tracking Bermuda's reopening plans since the island closed its only airport early during the outbreak, and I was thrilled to hear that tourists will be able to return on July 1 — Americans included. At this time, the island is requiring a negative COVID-19 test within 72 hours of departure and mandating face masks in transit. While there's no guarantee travelers won't be exposed after the initial test, or generate a false negative, it should help limit the potential for exposure and give travelers extra peace of mind during a trip this summer.

More than 500,000 cruise ship passengers visited Bermuda in 2019 — for a small island with a population well under 100,000, that's significant. But due to COVID-19, it's possible the island won't see any cruisers this summer — at least through the end of August. (Royal Caribbean has cruises scheduled to Bermuda in August, but those might be canceled. There are also six cruises to Bermuda scheduled with Royal Caribbean and Carnival in September, though these are also subject to change.) That's far from ideal for businesses that depend on tourism, but for travelers flying in this summer, the lack of tourists means less-crowded roads, if you're itching to get on a scooter, and more personal space on the beach — a must for anyone hoping to practice social physical distancing while on vacation.

Related: Does it make sense to take a short cruise to Bermuda?

Airfare isn't an issue during the offseason, when nonstop flights from the New York area usually hover around $350 round-trip — Bermuda airport and government taxes come in at just over $100 on flights departing Bermuda (BDA). Summer flights can often cost twice as much, though that certainly isn't the case this year.

As of right now, Delta and JetBlue both plan to restart service from New York City on Aug. 1, and flights are generally available for $354 round-trip. You'll pay about $20 more to fly from Boston (BOS) and about $470 round-trip from Atlanta (ATL). Nonstop service from Miami (MIA) is scheduled to begin again in October, at $438 round-trip, but there's always a chance American Airlines could move up flights, now that there's a reopening plan.

There are amazing places to stay

Unfortunately, Bermuda doesn't currently have many great points properties, though there's a St. Regis in the works. For now, my all-around favorite Bermuda hotel is the Rosewood Bermuda, one of the island's newest properties. But stays there don't come cheap — even during the pandemic. There's one way to get the price down a bit, though. The hotel's "More Rosewood" promotion lets you book four nights and get the fifth for free, but even then, you'll be spending nearly $600 per night, before taxes and fees.

The island's other top hotels, including The Reefs, have gotten considerably more expensive once plans to reopened were finalized.

Fortunately, there are great vacation rentals available at decent rates on Airbnb, though inventory is limited — if you're interested in traveling this summer, I'd recommend reserving a property fairly soon. Just be mindful of the owner's cancellation and rebooking policy.

There are a number of Airbnbs elsewhere on the island, beyond Hamilton, starting around $99 per night.

Summer has the warmest weather

Destinations in the Caribbean are hot enough to swim all year long, but that isn't the case in Bermuda. The island is located off the coast of North Carolina, more than 1,000 miles north of Cuba, the northernmost island in the Caribbean Sea. That brings seasonal weather — cool winters, with average highs as low as the 60s. Summers can be fantastic, though, with highs in the mid-80s in August. Do note that the island gets its fair share of rain, too. The Dark 'n' Stormy cocktail was invented in Bermuda, after all, named for the occasional heavy rain.

It's a great family escape

Has your family felt a bit cooped up during quarantine? With kids unexpectedly home from school, some have been just as anxious for a change of pace as their parents. Bermuda could definitely be the answer — there's an aquarium, a botanical garden, bike trails, a fun lighthouse (with great views!) and beaches galore, including some that aren't on tourists' radar (I prefer Clearwater Beach, just past the airport). Don't miss our dedicated guide for a closer look at family-friendly island activities.

Many of my friends and family members still have yet to visit Bermuda, despite it being in our backyard, thinking, "Could it really be that special if it's only 90 minutes away?" The answer is a resounding yes, especially with fantastic weather, and far fewer tourists than last year. Cruise ships could return in 2021, or even by later this summer, giving us just one chance to enjoy the island's warmest months without the big crowds.

Our points-obsessed staff uses a plethora of credit cards on a daily basis. If anyone on our team wouldn’t recommend it to a friend or a family member, we wouldn’t recommend it on The Points Guy either. Our opinions are our own, and have not been reviewed, approved, or endorsed by our advertising partners.
See all best card offers
Related stories
Reviews
Europe’s newest luxury landmark: A review of the Rosewood Vienna
News
5 ways cruise lines are nickel-and-diming worse than ever
News
Delta Air Lines unveils 1st-ever route to New Zealand, adds more service to Paris
News
6 quick and easy ways to earn Loyalty Points before the end of the American elite year