First look: Inside the giant new suites on Sky Princess 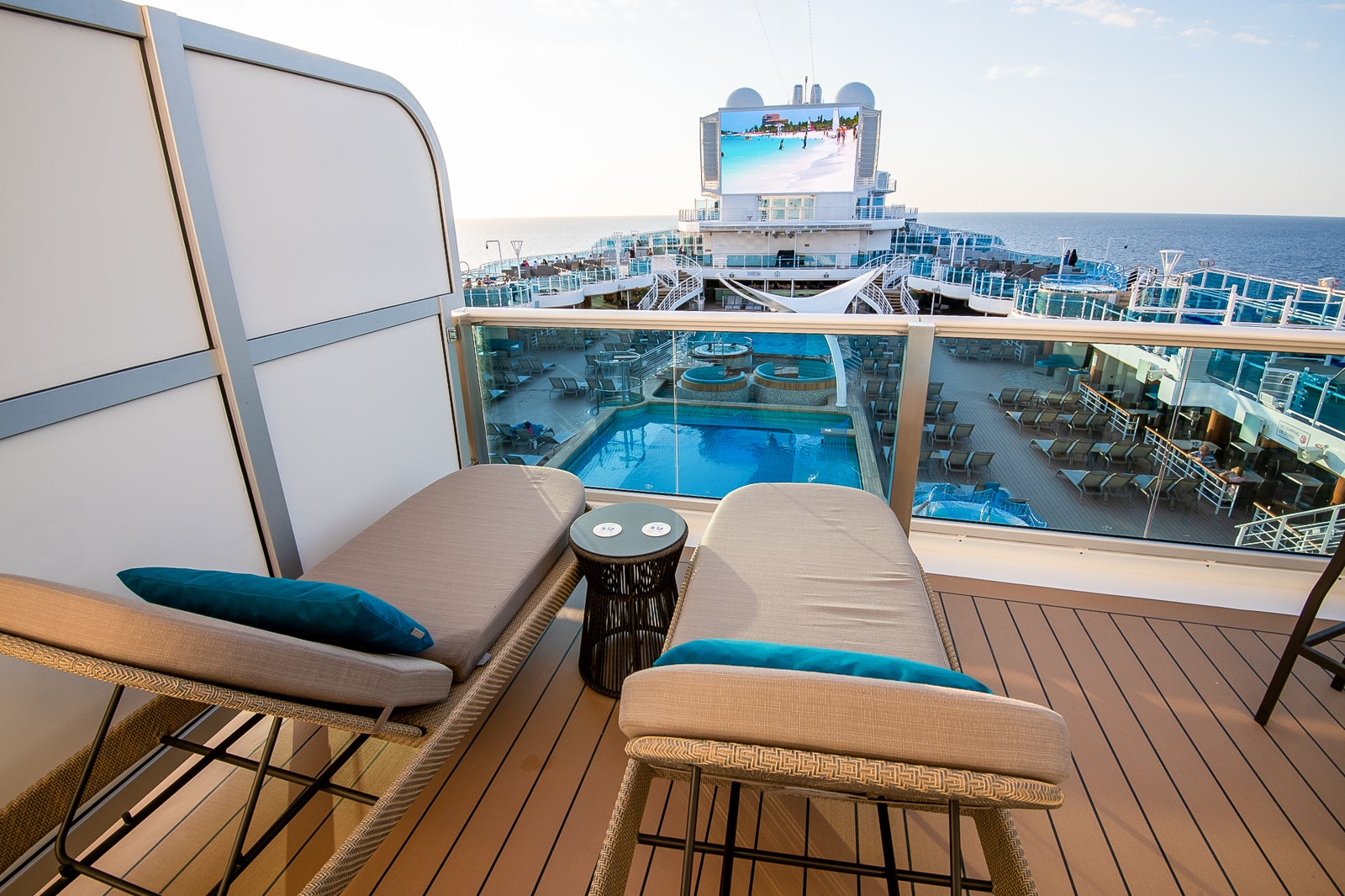 First look: Inside the giant new suites on Sky Princess
This post contains references to products from one or more of our advertisers. We may receive compensation when you click on links to those products. Terms apply to the offers listed on this page. For an explanation of our Advertising Policy, visit this page.

It’s official: Princess Cruises is in the super-suite game.

Last weekend, the world’s fifth-biggest cruise line unveiled two giant suites on its newest ship, Sky Princess, that measure more than 1,800 square feet a piece. They're by far the biggest accommodations ever at the line.

As I saw during a preview of the 3,660-passenger vessel before its maiden voyage on Sunday, the two-bedroom complexes, called Sky Suites, aren’t quite on the scale of what we’ve seen from some of Princess’s competitors in recent years. But they’re a serious start for a line that's making no secret of the fact it wants to be bigger in the market for big accommodations at sea.

“We realized some time ago that we needed to up our game on our suite product,” one of the line’s top executives, Rai Caluori, told me during an interview in one of Sky Princess’s rear-facing Penthouse Suites. “Our suites tend to sell [out] immediately.”

At around 800 square feet, including balcony space, the Penthouse Suite where I spoke with Caluori, with its single bedroom and modest living area, is typical of what, until now, have been the largest accommodations on Princess ships. But it's dwarfed by the new Sky Suites.

Located at the very top of the ship on Deck 18, each of the two new accommodations features a living area partially separated from a dining area, with a bedroom on either side. Each of the bedrooms has its own bathroom and storage areas.

The Sky Suites are the first cabins at Princess that can accommodate more than four people. They’re built for up to five people, thanks to a pullout sofa in the living area. But the side-by-side complexes also can be booked together and connected to create one massive, four-bedroom spread that sleeps up to 10 cruisers.

To put the 1,800-square-foot size of the Sky Suites in perspective, the typical balcony cabin on the Sky Princess measures about 260 square feet, including balcony space.

How to book a cruise using points and miles

Princess is late to the party when it comes to building such super-suites on ships. Many of its big-ship rivals, including Royal Caribbean, Norwegian Cruise Line and Celebrity Cruises, have been putting accommodations like the Sky Suites on ships for years.

What’s more, compared to the some of the insanely over-the-top, two-deck-high complexes that Royal Caribbean has been rolling out, including the Ultimate Family Suite on the 11-month-old Symphony of the Seas, or the apartment-size complex that Regent Seven Seas plans for its next ship, the Sky Suites on Sky Princess still are relatively modest. A bit to my surprise, there are no soaring spaces in the suites, although the dining room areas do have sky lights, which is unusual. The living areas of the suites to me actually felt a bit cramped, like Princess was trying to pack in just a tad too much.

One reason for this is that more than half of the Sky Suite square footage is taken up by giant wraparound balconies, leaving less than 1,000 square feet for the interior spaces.

As I mentioned Tuesday in my initial review of Sky Princess, it's the Sky Suites' balcony space that steals the show. On one end, the balconies overlook the main pool deck of Sky Princess, offering the best seat in the house for watching the movies that play nightly on the massive Movies Under the Star LED screen above the pool deck.

In one of the greatest perks ever for a suite, Sky Suite occupants can pick the movie that plays on the screen. In other words, if you’re staying in one of these suites, you can subject the entire vessel to your favorite flick.

The balconies then wrap around the side of the ship to offer sweeping views of the ocean. There’s also a private outdoor seating area to the rear that has a large-screen television, lounge chairs and a clamshell lounger that swivels to look out over the water. All in all, this will be a fabulous place for entertaining, making the Sky Suites a great option for cruisers traveling with friends, an extended family or an affinity group.

On that front, it should be noted that the Sky Suites come with their very own Suite Experience Manager who can arrange all sorts of over-the-top experiences, such as private deck parties with a mixologist pulled from the ship’s Good Spirits bar, or an exclusive stargazing experience. Occupants also can book an acoustic guitarist to play for them on deck or have special flower arrangements, a dessert buffet, festive decorations or even a masseuse for spa treatments sent up.

It’s all part of a “celebrate under the stars” program the line is creating for the suites that is, in part, aimed at people commemorating milestones such as anniversaries and birthdays. This ties into a core Princess focus on travelers who are cruising for special occasions.

The add-on experiences mostly will come with an extra charge, on top of the cost of the room, which itself is not inexpensive. The Sky Suites already are sold out for many departure dates over the coming year. But for weeks where there's a suite open, fares are starting around $7,000 per person for a seven-night sailing.

“Ultimately, we want to own celebrations,” said Caluori, the executive vice president of fleet operations at Princess. “We want to be known as the cruise line you go on to celebrate, and those largest balconies are providing a signature venue [where] you can have the ultimate party at sea.”