5 secrets to getting a luxury cruise for less

Articles
Erica Silverstein is a travel editor for TPG, with a focus on cruise travel. A longtime editor at Cruise Critic, Erica has also written for The Washington Post, Fodor’s and Let’s Go travel guides, and numerous print and online cruise publications.
Oct. 06, 2022
•
8 min read 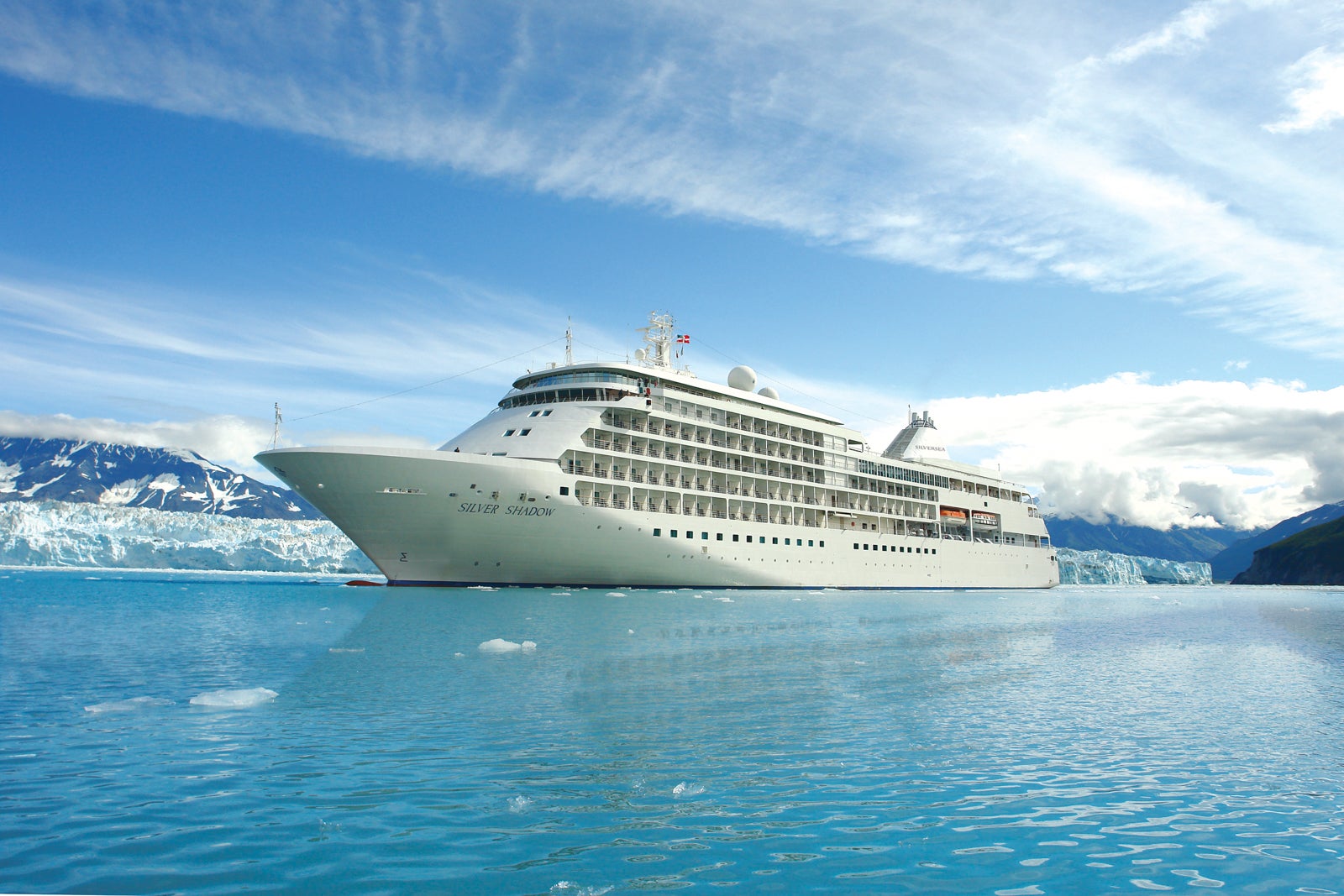 Luxury cruises range in price from expensive to outrageously expensive. But the value of high-end ships is clear: For the money, you get more fare inclusions, nicer accommodations, upscale dining and higher space-to-passenger and crew-to-passenger ratios than on big, mass-market ships.

Still, sometimes you want the luxe for less.

You’ll never find a cheap luxury cruise, but you can find sailings that are less expensive than others (either when sorting by the total cost or the per-night rate). You might have to compromise on sail dates or take a risk with the weather, but you can get great value by choosing the cruise less traveled.

Here are the five most affordable luxury cruises we could find, so you can save a little bit when you sail in style.

Caribbean cruises might be the bread and butter of mass-market cruise lines, but they don’t have the same prominence among the itineraries of the luxury lines. Tropical cruises on luxury lines tend to be shorter sailings, taking place in the fall and winter (rather than year-round) and often targeting younger professionals who might not have the time to take two-week vacations.

Combine those factors with a shoulder-season fall travel date (between mid-September and the week before Christmas) and you’ve got yourself a more affordable luxury cruise.

For example, Regent Seven Seas Cruises’ 2023–24 Caribbean season runs from November through March. The least expensive sailing for the season takes place in late November in the travel lull between Thanksgiving and Christmas. Fares start at $3,799 per person for a weeklong round-trip cruise from Miami. A similar seven-night sailing costs $4,699 ($900 more) in February.

No matter which cruise line you sail, it’s a truth universally acknowledged that the first and last Alaska sailings of the season are the most affordable. Why? Timing and weather.

The Alaska cruise season begins in late April or May and runs through September and occasionally October. These travel dates are often nonstarters for families, who wait for the summer school break to take their vacations. Even travelers not bound by school schedules also sometimes shy away from these cruises because of the imperfect weather conditions.

In May, temperatures can still be chilly in Alaska, waterways in glacier areas can be clogged with ice, Alaska’s famous salmon haven’t started to run and bus service at Alaska's famed Denali National Park hasn’t yet begun. In September and October, the temperatures start dropping — and the rain keeps falling — and attractions such as Denali begin to close.

All that said, if you’re willing to take a risk on the weather and aren’t planning a land tour up to Denali, you can score a deal on a high-end Alaska sailing during these off-peak times. In 2023, a mid-May Alaska cruise on Silversea starts at $4,700 per person on Silver Muse. The same cruise in July is priced from $5,700, making the shoulder-season cruise $1,000 less expensive. Even better, May is not as rainy as July, so you could experience sunnier days on the more affordable sailing.

Many travelers choose their cruise for the ports of call. Whether they’re checking exotic ports off their bucket list or love spending time on the beach, cruisers are drawn to the destinations. It’s no surprise then that longer-than-average itineraries with few to no port calls are not warmly embraced by many cruise fans (with the exception of devoted sea-day lovers).

Because many cruise ships regularly reposition between Europe (where they spend the summer) and the Caribbean (where they spend the winter), trans-Atlantic crossings are inevitable. To attract guests, the cruise lines add interesting onboard activities and guest lecturers to the voyage, and they lower prices. If you love relaxing sea days and would revel in spending day after day in the middle of the ocean, an ocean crossing is a surefire way to get a luxury cruise experience for less.

Small, all-inclusive line SeaDream is a solid example of how affordable transatlantic sailings can get. In 2023, SeaDream 1 sails its last Caribbean cruise of the season from St. Thomas to San Juan, with cruise prices starting at $3,899 for a seven-night cruise. The ship then sails from San Juan across the Atlantic to Malaga. That 13-night sailing is nearly double the length of its preceding cruise, but its starting price is $3,999 — a mere $100 difference.

As a traveler chasing luxury, you're all about the upgrade. But to get a great price on a high-end cruise ship, you might want to reconsider your aversion to booking the cheapest rooms.

Entry-level suites on the nicest ships are not the windowless closets you'll find on some of the mass-market ships. They're spacious cabins, either with windows or private balconies, with separate sleeping and sitting areas as well as nicely appointed, reasonably sized bathrooms and often walk-in or large closets. You'll get the same personal service, have access to the same gourmet dining and can enjoy the same ship amenities (spa, serene pool deck, social lounges) as folks in the top suites.

And you'll pay less. For example, an entry-level suite on luxury line Seabourn's Seabourn Encore is a veranda suite, measuring 246 to 302 square feet with a 68- to 83-square-foot private balcony. On a seven-night Greece and Turkey cruise departing in late-April 2023, prices for these rooms start at $4,499 per person. Opt for the next suite level up — a 450-square-foot penthouse suite with a 93- to 103-square-foot balcony — and you'll pay from $7,999. That's an increase of $3,500, all for a suite you won't be spending much time in on this port-intensive itinerary.

Several big-ship cruise lines are tiptoeing into the luxury travel space and the options can be affordable by luxury standards. These cruises are ideal for families looking for upscale accommodations combined with robust children’s programming, or luxury travelers who prefer a more casual vibe or a wealth of entertainment and activity options onboard.

With Norwegian Cruise Line’s The Haven or Royal Caribbean’s Star Class suites, travelers will get the VIP treatment compared to their shipmates. They have access to exclusive restaurants, lounges and sun decks; get priority boarding and theater seating; and receive more fare inclusions, such as drink packages, internet access, gratuities and even butler service.

Cruise fares in these top suites aren’t cheap, but they’re comparatively affordable in two ways. First, Royal Caribbean and Norwegian cruise ships typically sail shorter itineraries than true luxury lines, so you could book a short cruise to spend less on your total vacation cost. Second, while prices are comparable to the luxury lines, you’ll be sailing in the ship’s top suites for what you’d pay for mid-level on a luxury ship.

Related stories
Another major cruise line to sharply hike onboard fees
Save money with these travel-related offers on your credit cards this month
Use these shopping portal bonuses to earn extra miles this holiday season
Using miles and points to book airline tickets and hotels for others
Featured image by SILVERSEAS
Editorial disclaimer: Opinions expressed here are the author’s alone, not those of any bank, credit card issuer, airline or hotel chain, and have not been reviewed, approved or otherwise endorsed by any of these entities.