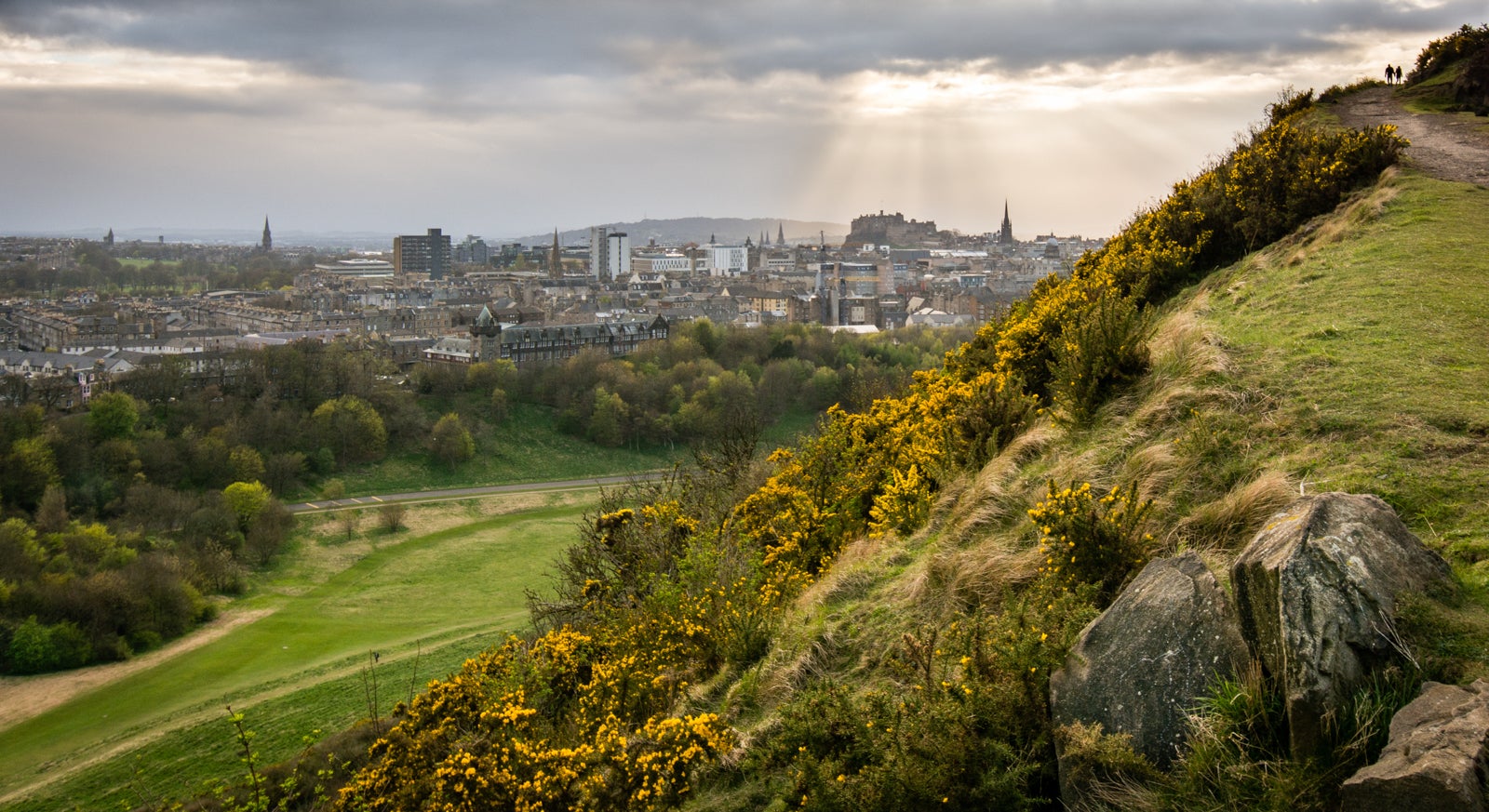 No matter how many places you’ve visited, how many tight connections you’ve made or how many foodborne illnesses you’ve avoided, trips can go awry.

Maybe clearing customs takes four hours or maybe, just maybe, a low-key vacation in Scotland turns into an education on health care in the U.K. and the cost of travel hubris.

Last fall, I booked myself on a round-trip flight from Colorado to run in the Dramathon in the Speyside region of Scotland (between Inverness and Aberdeen) in October, planning to follow it up with two weeks spent visiting friends and the Outer Hebrides (which I 'd missed on previous trips).

I arrived on the Friday night before the race on Saturday morning. Not ideal for running to win but I wasn’t planning on setting any speed records.

After the race, everything went swimmingly. I met wonderful people who offered rides when the buses didn’t adhere to schedules posted online. I trekked the Speyside Way through picturesque hamlets and made my way south to Glasgow for a few days in the city with friends.

Glasgow is a fantastic city — easy to navigate, extremely walkable and full of museums, restaurants, pubs and other entertainment. I met up with a friend, Grant, for a pint in a cute pub that featured traditional music and plenty of people-watching.

Read more: Second Cities: Destinations to add onto a trip to Edinburgh

At about 9 p.m. we said goodbye and parted ways.

Less than a block from the hostel where I was staying, disaster struck. I wasn’t paying attention and I tripped. Not a big deal most nights, but this time it was a doozy – I fell down a flight of stone stairs.

The next thing I know, I’m lying at the bottom of the stairs, unsure of how exactly I ended up there. I took a minute to get my bearings, pulled myself together and limped up the stairs and back to the hostel.

It wasn’t until the next morning that I realized the damage I’d done. My knee was swollen to almost three times its normal size and walking was close to impossible. The staff at the hostel were as helpful as they could be, but as I sat on the red love seat, my knee ballooning almost before my eyes, the mistakes I’d made even before I left Denver started sinking in.

Here’s where I went wrong – and what you can do to avoid my situation.

I didn’t have travel insurance

Normally, I buy travel insurance for all of my trips – I've heard enough horror stories to understand that the cost would be worth it if something happened. I didn’t, however, buy it for this trip. I was busy with work before I left so it wasn’t top of mind; I had also been to Scotland several times before without incident. It’s not like I was going hiking in Nepal on this trip. What could happen in Scotland?

Without travel insurance, I was reluctant to seek medical help; the only thing that would have hurt worse than my knee would have been a huge hospital bill. I thought I would just hobble around and stick it out.

Luckily, I hurt myself in the United Kingdom. After a few days of holding a bag of frozen peas on my knee (ice is rare in hostels), I caved and went to the emergency room at Royal Alexandra Hospital in Paisley.

I was at the hospital for about six hours – which seemed like a long time for my impatient American self. However, in that six hours I saw an ER doctor, had X-rays taken, found out that I might have fractured my ulna, and saw an orthopedic doctor who gave me a leg brace and crutches and told me that if I were staying in Scotland, he’d probably order an MRI. Since my itinerary had me flying home about a week later, he said I should just follow up when I got home.

Thanks to the U.K.'s National Health Service, permanent residents and visitors like me receive health care for free.

I thought my credit card would cover travel changes

I’m a loyal Chase Sapphire cardholder and when I realized that cutting my trip short was the best course of action (instead of remaining laid-up for another week), I called card services and asked about my options. I was told that the card would reimburse travel change fees and any cancellation fees that I had (like for the rental car or any hotels I had reserved). Perfect, I thought – I can get home early. Maybe forgetting travel insurance won’t be so bad.

I called British Airways, spoke to an incredibly helpful man who booked me on a new return flight, reserved me an aisle seat that would let me stretch out my leg (a bit) and added a note that I would need wheelchair assistance in the airport.

He also waived the $200 change fee. However, the change in fare was approximately what I had paid for my initial round-trip flight. Oh well, I thought – Chase should reimburse me for that change in fare price.

It wasn’t until I got home and started the online claim process that I found out that my credit card would only reimburse the $200 change fee – not the change in fare. When talking to customer service, I believed that all the costs of changing flights – including the cost of the flight itself — would be covered. Nope. And since the change fee had been waived, there was nothing to refund.

Though I was upset that I misunderstood the situation, there is a benefit to the Chase Sapphire card. I was able to convert some of my points to cash to help offset the price of my ticket back. Most of all, I wanted to get home and changing the flight was still cheaper than paying for a hotel to lie around in for the next week.

Normally, as a solo female traveler, I walk with a buddy at night, stay aware of my surroundings, etc. However, I had been in Scotland for a week with no incidents, felt totally safe and, after all, it was just a block or two.

If I had asked Grant to walk me back to the hostel, at least there would have been someone there when I fell. I have no idea how long I was on those stairs before I woke up.

I made it back to the hostel in one piece. My injury wasn’t as bad as it could have been – I could have torn various ligaments, broken my leg, had a serious concussion or traumatic brain injury, etc. I was lucky.

I made it back to Colorado eventually (don’t get me started on trying to make a flight at Heathrow while in a wheelchair) and saw an orthopedic surgeon in Denver. Eight weeks later, after two different braces and six weeks of physical therapy, I’m almost 100%. The doctor says I should be snowboarding by February.

However, this trip taught me some very important lessons: Travel insurance is important, no matter how easy the trip seems; know the ins and outs of your credit card trip protections; it’s not an imposition to ask someone to walk you home; and don’t assume there’s an ice-maker in every hotel.

But I also met some wonderfully caring people and found a new appreciation for my mobility.

I’ll be returning to Scotland in October 2020.