Articles
Jordi Lippe-McGraw is a writer covering travel, family, food and wellness for outlets like Conde Nast Traveler, Travel + Leisure, the New York Times, Forbes, and more. She has traveled to more than 30 countries on all 7 continents (including Antarctica at 5 months pregnant) and is an avid puppy, penguin, and truffle lover.
Follow
Dec. 28, 2018
•
7 min read 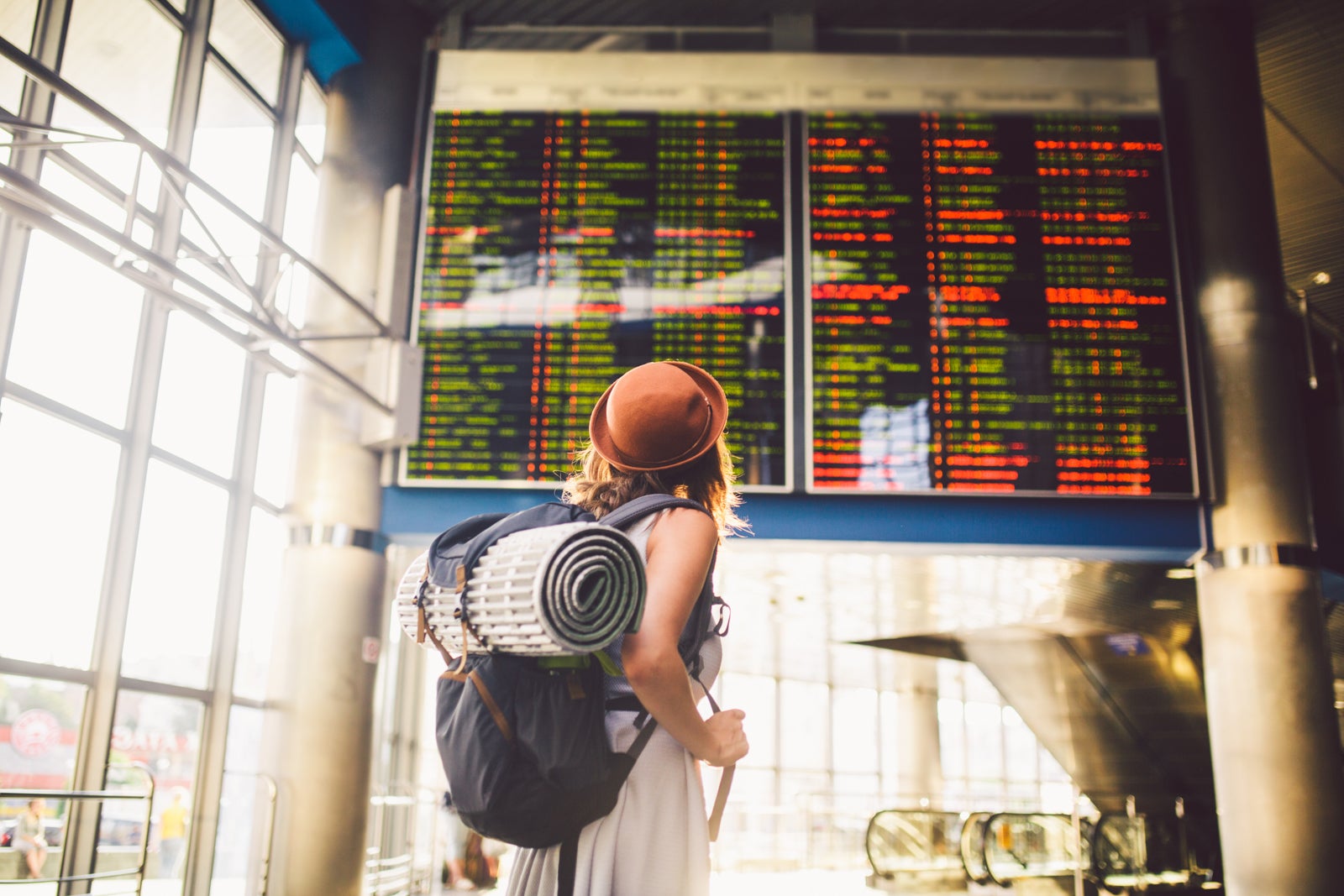 Getting the opportunity to travel may be one of life’s greatest luxuries. Visiting a new destination means you can try new food, meet new people and experience a different culture. And it seems that women are the ones hitting the road more often.

According to George Washington University School of Business, almost two-thirds of travelers today are women, and an earlier Booking.com survey revealed that 72% of American women are going on their journeys alone.

Whether you’re a woman traveling alone for the first time or you’re a seasoned solo globetrotter, it’s always important to take extra precautions, especially when traveling to destinations that may be less friendly to women than others.

When the Thomson Reuters Foundation released their annual study on the world’s most dangerous countries for women this year, India was rated the most dangerous destination for a woman.

Afghanistan, Syria, Somalia and Saudi Arabia also ranked in the top five. And the United States, too, earned a spot on this list. It was the only western country to appear on the dubious report, coming in at No. 10. But that certainly doesn’t stop women from traveling to these places — or, you know, the US.

We spoke to four intrepid women about their advice for staying safe while traveling the globe, whether their travels take them to Afghanistan, Haiti or stay a little closer to home.

1. Be Mindful of Local Dress Codes

“It’s important to be culturally sensitive with the way that you dress,” said Alex Smith, development director of buildOn (an international non profit that helps build schools in developing countries).

“Whether you’re in Burkina, Senegal, Haiti or Nicaragua, there are different cultural standards when it comes to attire that come with each country. Dress appropriately [so as to not] draw unwanted attention. It's just smart.”

Cell phone service is available almost everywhere. But it’s not helpful if your phone dies. “I don’t just travel with one portable phone charger,” explorer and creator of A Broad Abroad, Paula Froelich, told TPG. “I travel with two. You never want to be stuck someplace with no way to call for help.”

On a similarly practical level, you want to make sure you have sufficient proof of who you are in case you find yourself in a situation where your passport is stolen. “I always make multiple copies of my passport and put them in different parts of my luggage,” Smith added. “So, in case one bag gets stolen, I have a copy in another. I do the same thing with my money.”

These tips are true for any solo traveler, but it never hurts to remind yourself of the basics.

3. Have a Plan When You Land

You never want to start off a trip with something going wrong, and that can easily happen at an airport since you’re just getting your footing and, frankly, could be ID'd as a foreigner. So, know where you are going before you land.

“Always have an address and phone number and know how much a taxi costs before you step foot in another country,” said buildOn trek leader Daniella Ibarrola. “We often have this adventurous spirit, which is great. But at the airport, you want to look like you know where you’re going so that you’re not ending up in a place where you didn’t expect to be.”

It’s impossible to learn every language to help you get out of an uncomfortable situation in a foreign country. But knowing a few phrases could prevent you from getting in a sticky spot in the first place. “Know how to say ‘hello,’ ‘goodbye,’ ‘please,’ ‘thank you’ and ‘how was your day,’” Froelich said. “I’ve found being nice goes a long way.”

5. Be Aware of Your Body Language

Though being nice can keep you out of trouble, being too friendly could land you in the danger zone, too. “When you’re traveling with someone you’re close to, you have [a] more casual touch,” said Meg Cale, creator of the LGBTQ travel blog, Dopes on the Road. “So, when I travel with my wife in places that aren’t LGBT-friendly, I’ll watch my body language. And I’ll do the same if I’m around a man as well so as not to give the wrong impression.”

Ibarrola agreed, noting how even something as simple as a friendly smile could be misread in certain destinations. "Sometimes, it’s taken as flirty, depending on where you are," Ibarrola said. "So [be] cautious ... when you meet someone of the opposite gender.”

Just how you should know the cultural customs when it comes to attire, so too should you be aware of how locals travel in their country.

“During my last trip to Malawi, for example, I hit several checkpoints while I was driving and was prepared with the correct documentation and knew what a typical stop entailed,” said Smith. “Some countries will ask you for money in places, and it’s totally normal. Just do your research when traveling through a country, so you don’t get caught off guard.”

All the women interviewed for this piece followed the practice of sending regular emails to family and friends, so someone back home knows where they are at all times.

“I write a daily message to about five or six people,” Froelich said. “And if I know I won’t have Wi-Fi, I’ll let them know when I will so they’re expecting to hear from me."

Ibarrola echoed Froelich. "It’s a good way to have someone keeping tabs on you and alert the proper people if something goes wrong."

To avoid getting yourself into a dangerous situation at a hotel, Froelich follows a few simple rules. “Never stay on the ground floor or the top floor, because those are the easiest entry points for someone outside,” she said.

“Also, know your escapes and the layout of the hotel. I got creeped out in Johannesburg when they put me right by this emergency exit which was unlocked and went right out to an outside entrance. Don’t be afraid to [ask] to move rooms if you feel unsafe.”

Passport? Check. Wallet? Check. Doorstop? Yes, along with your sunhat and camera, make room for a doorstop in your suitcase.

“I travel with a doorstop, so I can use it in hotels to prevent someone from coming in my room,” said Froelich. “Don’t underestimate the power of a doorstop.”

Featured image by (Photo via Shutterstock)