Why I love hotel bars, especially when I travel solo

Articles
Tanner Saunders is a senior hotels reporter for TPG, a corgi dad and chicken fried steak fanatic. Originally from Texas, Tanner now lives in Brooklyn, but you are more likely to find him scouting out your next best home away from home.
Follow
May 13, 2022
•
6 min read 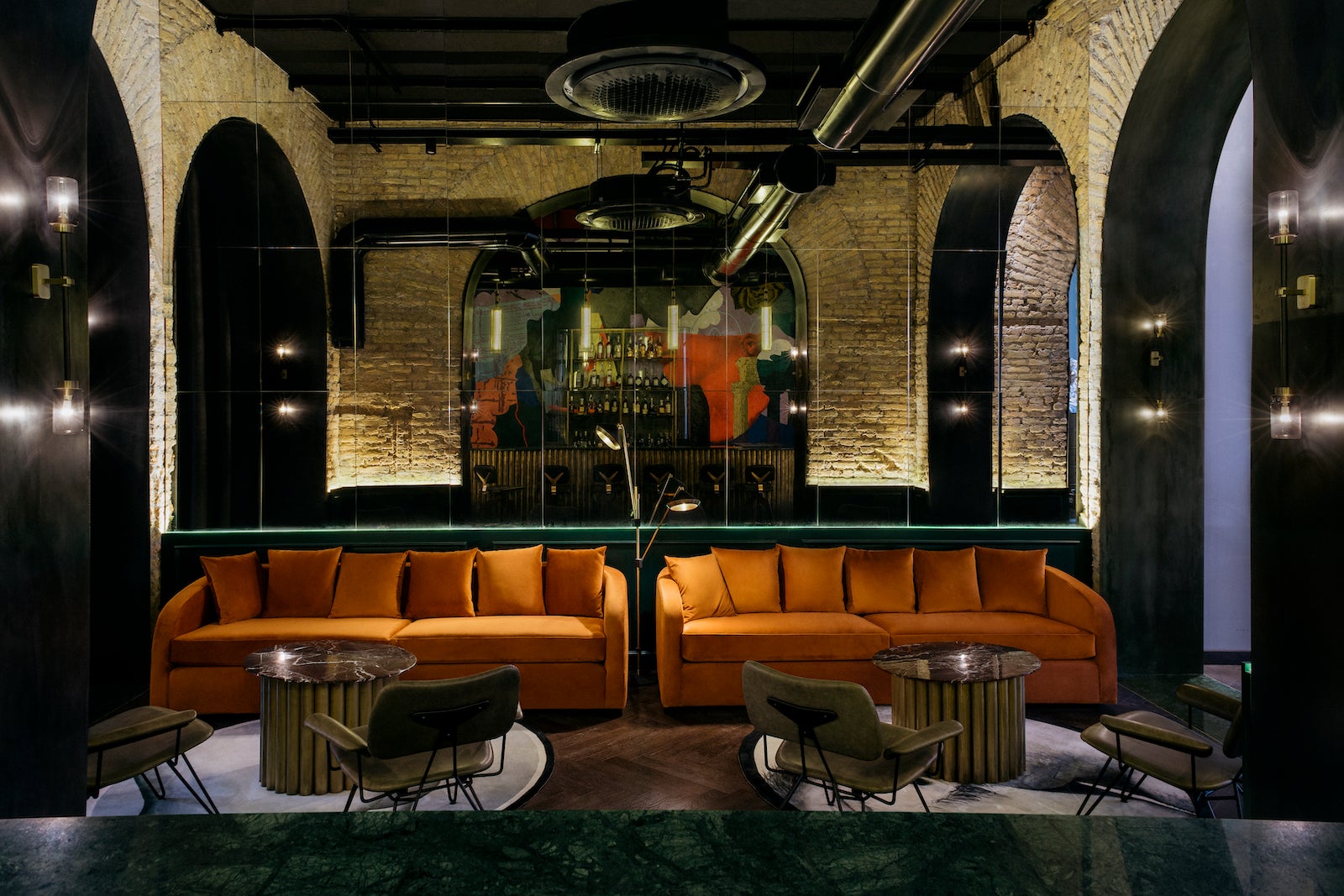 Why I love hotel bars, especially when I travel solo
This post contains references to products from one or more of our advertisers. We may receive compensation when you click on links to those products. Terms apply to the offers listed on this page. For an explanation of our Advertising Policy, visit this page.

In April, I took my first solo international trip since 2019 — and, admittedly, I was unusually nervous. I wasn't worried about the pandemic and its often complicated restrictions or even the chance of being stuck abroad if my COVID-19 test to return to the U.S. came back positive. I was, at the root of it, worried about being alone — truly alone — for the first time in over two years.

I'm an independent person and a huge fan of solo travel. In fact, It was actually The Points Guy that guided my first solo around-the-world trip to see Tokyo's skyscrapers, the Taj Mahal and the Berlin Wall, among other iconic landmarks, on a three-week journey that helped me learn how to travel alone without getting lonely.

For me, the secret is a drink — but not in a "pound some whisky and face my fears" sort of way. Rather, it's sipping a local beer or even just a Diet Coke in a hotel bar surrounded by people — some coming, some going, some in groups and some flying solo.

Hotels, in a way, are a microcosm of the world, and grabbing a bar stool at a hotel bar is like a front-row seat to a show performed in many languages and in many acts happening simultaneously. In one hour you can see a comedy, as a bachelorette party stumbles in from a rowdy night out; a drama, as a couple argues over whose fault it really was they booked plane tickets for an airport that's actually a good two hours from the city center; or even just raw dialogue between yourself and the bartender — improv, if you will.

On this most recent trip, with stops in Madrid, Barcelona and Rome, I leaned heavily into my romanticized version of the hotel bar to reacclimate myself with, well, myself.

In Madrid, I spent an afternoon touring the city on foot, mapping out a course that had me wandering past parks and palaces with a few hotels I'd been dying to check out as guideposts. At the brand-new Madrid Edition, I had the gorgeous lobby to myself while I sipped on a refreshing tequila-based cocktail and snacked on chips. The bartender told me about hotelier Ian Schrager's visit to the property — potentially the last Edition he'll work on personally — and how the reserved, quiet scene I was currently enjoying midafternoon would evolve into organized chaos later that night as the who's who of Madrid came out to see and be seen at the hottest place in town.

At the Hotel Indigo Madrid - Gran Via, where I was staying, I traded in a free drink coupon for an Estrella Galicia in a pint glass and sat near a heater to watch the sun set over the distant mountains from the rooftop bar. There, lost in the orange glow of the sky, I reminded myself how lucky I am to get to see and experience this big, beautiful world — and how lucky we all are to have it in the first place.

Beyond being places to get lost in philosophy and people, though, I love hotel bars because of their practicality. Oftentimes people think that travel means go, go, go and in some ways, it does. I like to maximize my time when I'm in a new city, but if you pick a hotel with a great bar, you can use it to your advantage. Instead of wandering aimlessly, drop into the bar and ask the bartender where they recommend posting up and you might find where the locals really hang out. Or, if I start to feel a little burned out from the trip, I'll take my book to the lobby bar and read so I still feel out but only have to head to the elevator when I know I'm really ready to retreat.

In Barcelona, at the new InterContinental, the hotel bar felt more like a celebrity's living room than a run-of-the-mill lobby bar, and over my two-night stay, I essentially moved in. On the couches, cold beer in hand, I rested my tired feet after walking miles at a conference and more miles exploring the beautiful city streets.

Later on in my trip, after heading to Rome, I stayed at the absolutely gorgeous Hotel Chapter Roma, which had a sleek, modern and moody bar I didn't have the chance to hit up due to a quick stay and a late arrival. On my last night in Rome, I took myself to dinner at the delicious female-run restaurant Pianostrada and realized I was right by Chapter Roma.

At dinner, sitting alone at a bar seat, another solo traveler struck up a conversation with me and we hit it off. Realizing it was time to give up our seats, but not ready to give up on talking travel, I suggested we head back for a drink at the bar that previously eluded me. There, armed with a martini, a new friendship was born and, without a doubt, I felt very suave knowing a place in a city I really hardly knew.

Just like in Rome, I've made friends at hotel bars around the world simply by posting up and chatting. I'll be the first to hop into any bar on the street that looks fun or appealing, but hotel bars offer travelers an extra sense of security, in a way, because it belongs to you and you're familiar. The bar is an extension of your temporary home, but also a window into the world around it — and boy, do I love the view.

So next time you're browsing hotels while planning a solo trip, check to see what kind of bar is on offer and try to imagine yourself there and the people you might meet or see. Who knows, you might just make a lifelong friend or overhear a conversation that opens your eyes to something new — or maybe just a conversation in a language you've never heard.

Or, if you're really lucky, you might just run into me.

Featured image by (Photo courtesy of Design Hotels)
Editorial disclaimer: Opinions expressed here are the author’s alone, not those of any bank, credit card issuer, airline or hotel chain, and have not been reviewed, approved or otherwise endorsed by any of these entities.