Insider tips for eating and drinking your way through Italy 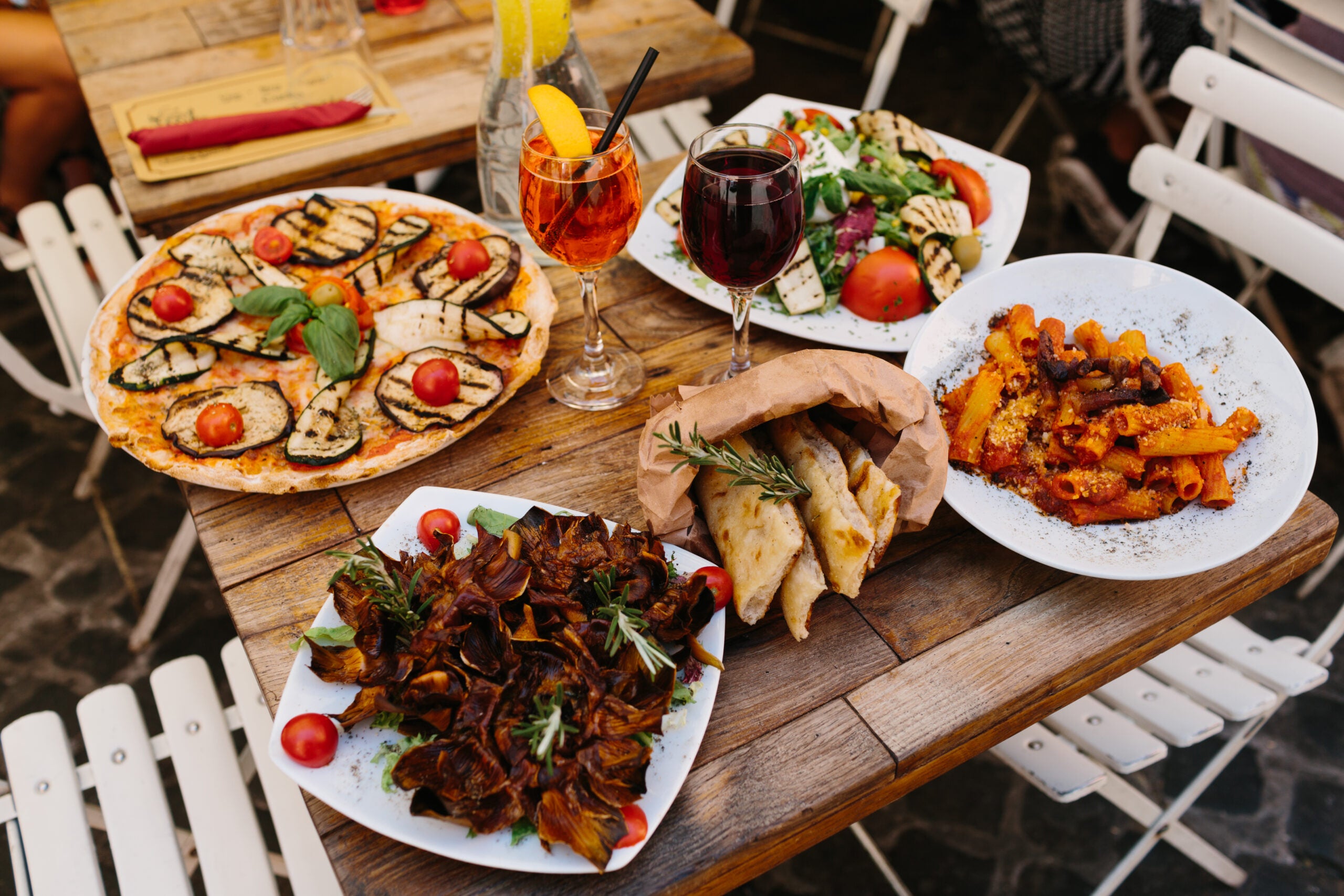 Hemingway may have called Paris a moveable feast, but the expression describes Italy to a tee. The country has an incredible diversity of regional dishes and memorable spots where you can enjoy them.

As an American based in Rome, I consider it my mission in life to eat my way through Italy. I’ve traveled from the Dolomites in the north to Sicily in the south, dining on classic pasta dishes in old-school trattorias in Rome, brioche doused with almond granita in Sicily and the freshest seafood in Capri at stylish beach clubs.

A word to the wise: Unless you’re getting street food to go, reservations are essential in Italy — perhaps now more than ever due to pandemic-induced staffing shortages coupled with skyrocketing demand.

Some restaurants use online reservation systems, but many don’t, so you’ll have to call or ask the concierge at your hotel to make a reservation for you. Believe me — it’s worth it.

Wherever you travel in Italy you'll find plenty of dining options. To help narrow it down, here are some of my favorite insider spots.

If you’re visiting Italy, it’s likely you’ll spend at least a couple of days in Rome — as you should. The Eternal City is not only full of remarkable ancient ruins, incredible museums and charming cobblestoned streets. It’s also a foodies paradise where culinary offerings run the gamut from mouthwatering street food to Michelin-starred restaurants.

At most traditional Roman trattorias, the menu will feature the four classic pastas­ — carbonara, amatriciana, la gricia and cacio e pepe — but that doesn’t mean every trattoria makes them equally well.

Among the best are Da Enzo al 29 and Checco Er Carettiere, both family-run restaurants in Trastevere. For classic Roman-style pizza, which has a thinner crust than Neapolitan pizza, book a table at L’Elementare. There are two locations: one in Trastevere and a large open-air space in the Parco Appio, where local couples and families with kids and dogs dine out under string lights.

For gourmet pizza with views, the place to go is Otto, the rooftop restaurant at the new W Rome, which serves pizza by Pier Daniele Seu, Rome’s rising star pizzaiolo.

Another perennial favorite destination, Florence seems to be enjoying a new vibrancy.

In a city where tradition often trumps innovation, one of the hottest tickets these days is Angel Roofbar & Dining at Hotel Calimala, which boasts fantastic views of the city’s terracotta rooftops. You'll need to book well in advance to sample alternative takes on classic Italian cuisine. Expect plates like roasted cauliflower amped up with Israeli flavors like tahini and spicy harissa.

Hankering for a classic bistecca alla Fiorentina? The place to get this regional staple is Regina Bistecca, which serves the finest Chianina beef in a charming space that used to be an antiquarian bookshop.

Enough about cities. In Italy, summer is best enjoyed by the sea. If you’re heading to Italy’s seaside destination par excellence — the Amalfi Coast — you would do well to make restaurant reservations far in advance. This is especially important if you want to dine at the most coveted spots.

Many of the most in-demand tables are found at the top luxury hotels, including La Sponda at Le Sirenuse and Rossellini’s Restaurant at Palazzo Avino, which each have a Michelin star.

Michelin stars tend to inspire images of a fancy restaurant with white tablecloths and jacketed staff. However, one of the best Michelin-starred meals I’ve ever eaten was at Il Riccio in Anacapri. The restaurant feels like a slightly gussied-up beach club with turquoise tables overlooking the sea.

Slurp oysters and twirl spaghetti with sea urchins, but be sure to save room for dessert. There’s a whole room filled with cakes, cookies and pastries like the classic torta Caprese made with chocolate and almonds.

Related: How to plan a trip to Italy’s Amalfi Coast without breaking the bank

The Amalfi Coast and Capri have long been hot spots for the jet set. However, the secret is out about Puglia. The heel of Italy’s boot is known for its pristine beaches. It’s also the country’s largest producer of olive oil, as well as where you can find the best burrata.

If it's on your list, it’s worth doing an olive oil tasting and visiting one of the region’s many cheese-producing farms. Be sure to visit a historic masseria — the old farms that dot the countryside. Many of them have been transformed into rustic restaurants like Masseria Le Stanzie or even luxurious hotels like Masseria Torre Maizza, run by Rocco Forte Hotels.

Of course, no guide to eating and drinking your way through Italy would be complete without a section about Sicily. The largest island in the Mediterranean conjures dreams of arancini, eggplant parmigiana, cannoli and gelato.

Sicily produces the most prized pistachios and almonds in Italy, both of which are used to make two of the best flavors of granita, the sweet frozen treat that Sicilians eat from morning till night.

A traditional Sicilian breakfast is brioche dunked in almond granita with a shot of espresso poured on top. Thanks to a turn on "Chef’s Table," Caffe Sicilia in Noto is probably the most famous place to get it.

You can find the ubiquitous treat everywhere from fancy hotels to little food trucks parked by the beaches, though. (The best lemon granita I ever had was at a truck parked near the beach in Noto.)

When in Sicily, eat all the street food. Just walking through the bustling markets in cities like Palermo and Siracusa is a thrill, with vendors hawking their wares and smoke billowing up as cooks fry up local delicacies.

Aside from arancine (the baseball-sized fried rice balls found all over Sicily), you must try pannelle (flat pieces of fried chickpea batter), sarde a beccafico (sardines with raisins, bread crumbs and pine nuts), and pane cunzatu (a sandwich with anchovies, pecorino, oregano and tomatoes).

Also, eat all the seafood — especially the red shrimp from Mazara del Vallo, which are famously tasty. For an epic seafood feast, splurge on lunch at Anciovi, the chic poolside restaurant at the Four Seasons San Domenico Palace in Taormina.

Planning an Italy trip? Start with these stories:

What's new in Italy right now
13 of the most beautiful villages and towns in Sicily
Southern Italy: 5 overlooked destinations to add to your Italian itinerary
Planning a trip to Italy? Here's how to get there on points and miles