When does it make sense to use the British Airways Travel Together Ticket? 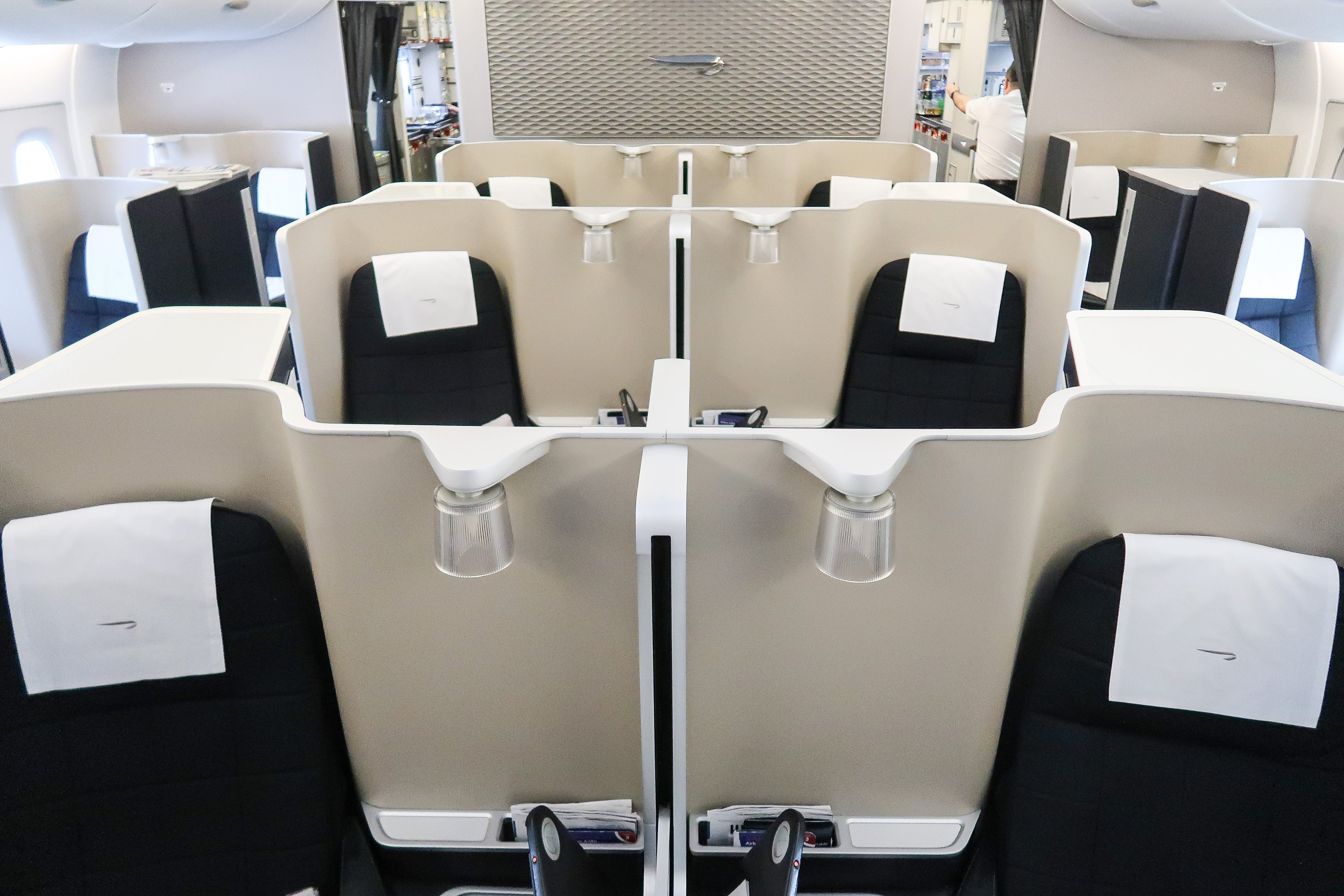 Airline credit cards typically offer several standard benefits, like bonus miles on airfare purchases, free checked bags and priority boarding. But one of the most valuable perks any airline credit card can offer is a companion ticket that basically cuts your cost of travel in half.

Thanks to its high welcome bonuses, earning structure and airfare discounts, the British Airways Visa Signature Card has long been considered one of the best credit cards from a foreign airline offered in the U.S., especially when you consider British Airways' extensive U.S. route network. But it also comes with one of the most interesting companion travel benefits: the Travel Together Ticket.

In June 2022, the rules of the Travel Together Ticket were relaxed and it can now be redeemed for solo travel as well as traveling with a companion. For solo travel, you can redeem it for 50% of the Avios required for one passenger.

Here are the details on this companion deal and how to maximize it.

Want more credit card news and travel advice from TPG? Sign up for our daily newsletter!

How to earn the British Airways Travel Together Ticket

U.S.-based cardholders of the British Airways Visa Signature Card who spend a total of $30,000 on their card in a calendar year can earn a Travel Together Ticket (posted within 4-6 weeks). The voucher is valid for outbound travel up to 24 months from the date of issue (the return flight can be after that).

Only the main cardholder with a registered address in the U.S. is eligible to earn the Travel Together Ticket; additional cardmembers are not. Only one voucher can be earned each calendar year, even if the cardholder spends more than $30,000 on the card.

Rules for redeeming The Travel Together Ticket

Now for the nitty-gritty. The Travel Together Ticket comes with a number of restrictions and conditions that are worth considering when it comes time to redeem it.

These types of vouchers can only be applied to award bookings using British Airways Avios and on British Airways-operated flights. In this way, the Travel Together Ticket is different from the other companion tickets out there, which are more like a two-for-one paid deal. In this case, you’re getting a two-for-one award redemption but are still responsible for the taxes and other carrier-imposed charges on your ticket (which can be substantial). This means you’ve got to find two awards open on the same itinerary in the same cabin. If you are wishing to travel in first class, two award seats on the same flight can be tough to come by.

For solo travel, you can redeem it for 50% of the Avios required for one passenger.

The voucher is only good for use on round-trip itineraries originating in the U.S. Your companion must be booked in the same cabin on the exact same itinerary as you (unless you are redeeming it for solo travel). So if you book a business-class award for yourself, you must find a second one for your companion on the same itinerary. Stopovers are allowed.

Though the terms are not explicit, you should plan to have your card open and in good standing at the time your want to use your Travel Together Ticket.

When it makes sense to redeem the Travel Together Ticket

Now we come to the real question: Is it worth even using the Travel Together Ticket? The answer depends on how you plan to redeem it.

If you’ve read this site for any period of time now, you know that British Airways awards are notorious for high taxes and surcharges on flights through London and with recent increases to global fuel prices, these have increased yet again. While this generally makes economy awards a bad value, it can still be worth paying less than $2,000 per person to fly in business or first class as part of an award ticket compared to shelling out the cash fare which will be many thousands of dollars.

Also on the plus side, British Airways award availability between the U.S. and Europe tends to be much better compared to what U.S. and other European carriers make available. So if you do want to book an award, your chances of finding it are good.

Now, let’s take four scenarios and compare the cost of using the Travel Together Ticket to the cost of purchasing airfare to determine whether this is a good deal.

To make things simpler, we’ll just look at a single route from Atlanta (ATL) to London Heathrow (LHR) over a single set of dates in November since award availability was open across all four cabins offered by BA on these flights (these are off-peak priced dates). The taxes and fees are typical examples of what you would expect to pay, both for two people traveling together and solo travelers, given the ticket can also be redeemed for solo travel.

First up, economy. A round-trip award on this itinerary would cost 32,500 Avios plus $641 in taxes/fees.

If you were booking this as a Travel Together Ticket, you’d still be paying 32,500 Avios plus $1,282 for two tickets. This is because you would only be charged the Avios for one passenger but the fees, taxes and surcharges for both. Compare that to the regular economy fare on the same dates of $1,738 per person.

It’s a lot of money for an economy round-trip in any case, but you’re still saving over $2,000 by using your Travel Together Ticket.

If you are a solo traveler, you can redeem the Travel Together Ticket for 16,250 Avios plus $641 in fees, taxes and surcharges, a great saving of over $1,000 on the cash fare for the same flights.

Now for premium economy. Here’s a sample award from the same week that would cost 65,000 Avios plus $968 for a single award ticket. For the companion deal, double those taxes/fees to $1,936.

Though taxes and fees increase sharply on business- and first-class tickets, you end up saving a lot more thanks to sky-high airfares. Here’s a business-class award for 125,000 Avios plus $1,968, so for two people, you’d pay a huge $3,936 in taxes.

Compare that to cash fare, which would cost $7,262 per person or $14,524 for two people. Your Travel Together Ticket and Avios would save you some $10,000, however, note you can find one-stop cash fares on other carriers for around $4,000 per person roundtrip.

Fortunately, for first class, the fees and taxes are the same as for business class. You will need 45,000 extra Avios to book two passengers in first class.

Related: A review of British Airways first class on the A380

For solo travel in first class, you could use the ticket to redeem 85,000 Avios plus the $1,968 in fees, taxes and surcharges.

Given cash fares in first class are more than $8,000 per person round-trip, this would be a savvy use of your Avios (and credit card perk.) Though, be aware that British Airways first class is only marginally better than business class so you may wish to save the Avios and stick with business class, especially if you can fly in the superior Club Suite.

How to get Avios quickly

If you want to use a Travel Together Ticket but you don’t have enough British Airways Avios in your Executive Club account, there are plenty of transfer options to boost your balance since the program is a transfer partner of American Express Membership Rewards, Capital One, Chase Ultimate Rewards and Marriott Bonvoy.

For the first three programs, the points transfer at a 1:1 ratio. On the other hand, Marriott Bonvoy points transfer to Avios at a 3:1 ratio. However, every time you transfer 60,000 points, you get a 5,000-Avios bonus, which makes the transfer rate more attractive.

The British Airways Visa Signature Card’s Travel Together Ticket is one of the more interesting airline credit card benefits out there.

The spending requirement that cardholders need to hit in order to earn the companion voucher is high. Then, there are many restrictions to actually using the voucher, including finding round-trip awards on BA’s own flights between the U.S. and Europe. Finally, taxes and fees on British Airways award tickets can be astronomical, but it is great that this perk can now be redeemed for solo travel as well as pairs traveling together.

That being said, it can be more than worth it to redeem Avios along with the Travel Together Ticket if you can save hundreds or thousands of dollars on a trip. That is especially true if you plan to redeem yours for travel in business or first class, where airfares can sometimes cost over $8,000.

Given BA’s relatively generous award availability and how easy it is to earn British Airways Avios, using the Travel Together Ticket can be a great money-saving way to fly to Europe in style.

Related stories
Here are the best Black Friday travel deals of 2022
Great deal: Book business class tickets at premium economy prices with this Avianca LifeMiles sale
Holiday gift guide: TPG’s 22 travel-friendly picks for 2022
Vail Resorts lift-ticket sales capped; buy your Epic Pass by Dec. 4
Featured image by British Airways BA A380 First (Photo by Nicky Kelvin / The Points Guy UK)
Editorial disclaimer: Opinions expressed here are the author’s alone, not those of any bank, credit card issuer, airline or hotel chain, and have not been reviewed, approved or otherwise endorsed by any of these entities.