Articles
Andrew Kunesh is a senior editor at The Points Guy covering loyalty programs. He's been a miles and points fanatic since 2014 and previously wrote for Upgraded Points and Credit Karma. Outside of the travel world, Andrew is a cyclist, craft coffee aficionado and — despite now living in NYC — a Chicagoan at heart.
Follow
Aug. 03, 2020
•
14 min read 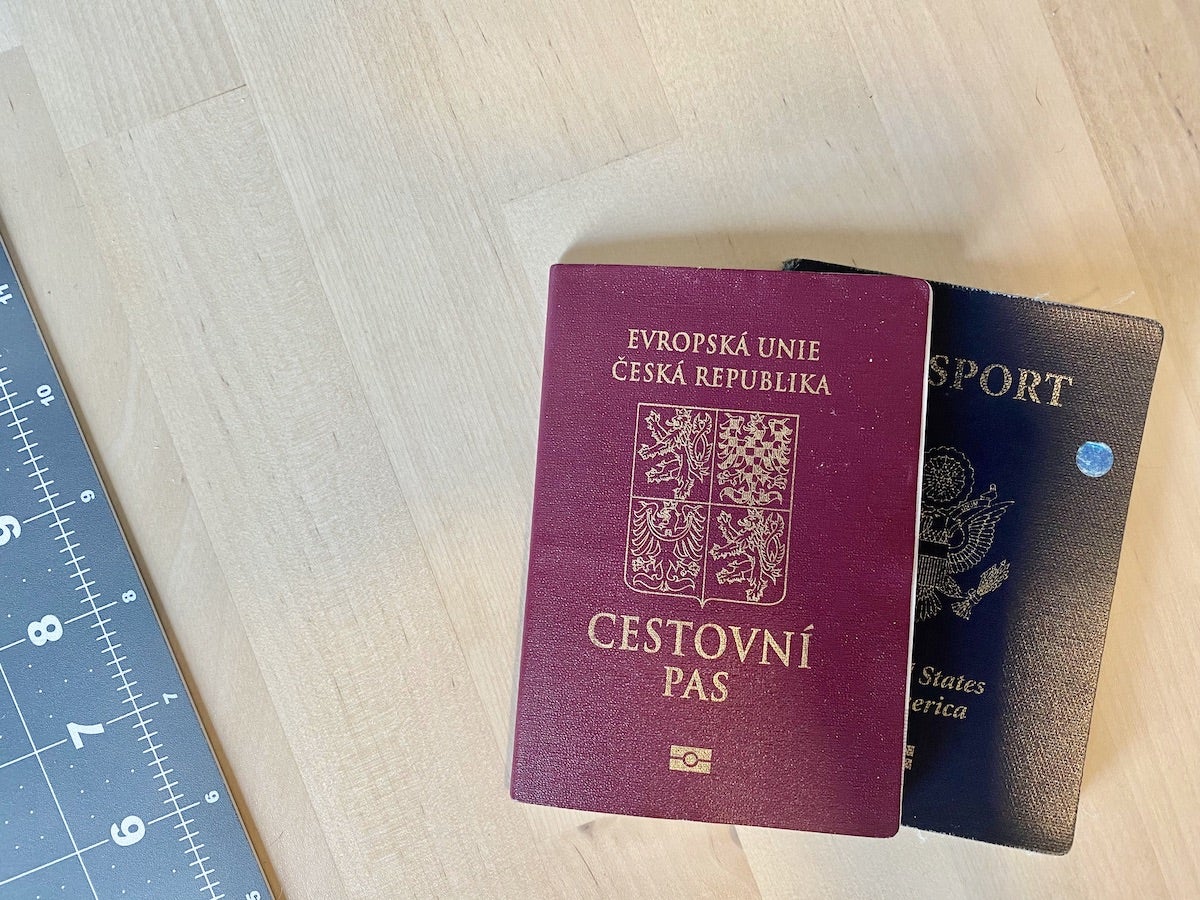 Dual citizenship is sometimes considered the ultimate lifehack. It opens up a ton of travel opportunities and lets you live, work, vote and own property in another country. This can make a move abroad much easier, as you don't have to worry about visas and work permits in your second "home" country.

Related: Why dual citizenship is one of the most powerful tools you have when traveling

I was able to claim citizenship by descent in the Czech Republic in 2016 and will discuss the process I went through in this article. After this, I'll give you a list of countries that offer citizenship alongside basic eligibility information.

Before we dive into the article though, I want to make something clear: if you decide to pursue citizenship abroad, make sure to consult a lawyer. You must understand the ins-and-outs of eligibility requirements, tax implications and other nuances before you start the process of claiming your second nationality.

How I claimed Czech dual citizenship

I claimed Czech citizenship by descent a little over five years ago. The Czech Republic allows children and grandchildren of those born in the Czech Republic or now-defunct Czechoslovakia, so long as they are not already Slovakian citizens. As of 2014, the Czech Republic recognizes dual-citizenship, so I can hold both my U.S. and Czech nationalities legally.

Most of my mom's side of the family is still in the country, and I was lucky that my uncle is a lawyer in Prague who is familiar with the process of claiming Czech citizenship. That said, the process is still fresh in my mind, so here's a look at the process I followed to claim my citizenship and passport. It's important to understand that these are different processes, as you'll usually have to claim citizenship before you can apply for a passport.

Related: You might be able to get 2 US passports -- here's how

The process of claiming my Czech citizenship

I started the process of claiming my Czech citizenship in late 2015. I emailed my uncle in the Czech Republic, who informed me that he'd recently done the paperwork for another family member in the U.S. and was still familiar with the process. In short, I had to get a handful of documents, which included:

These documents could be the original or an official copy from the U.S. government. I got these documents from my mother and had them apostilled locally in Chicago before a trip to visit family in Prague. I brought the documents with me and — upon arrival in Prague — filled out a few forms to get my Czech birth certificate (Rodný list, in Czech). My Czech language skills are very basic, so my uncle walked me through the paperwork at his office.

We walked to an immigration office in downtown Prague and dropped off the forms and documents to be processed. We were told this would take a few weeks and that all paperwork would be mailed to my uncle's flat. My uncle informed me that my Rodný list would be all I needed to claim my Czech passport at my then-local Czech consulate in Chicago.

Related: 6 passport mistakes that could leave you stranded at the border

Applying for my Czech passport

My Czech birth certificate was processed quickly in Prague, so my uncle picked up the documents and mailed them to me. This document effectively showed that I was a full-fledged Czech citizen and could then begin the process of applying for a passport. I was living in Chicago at the time, so I checked the website for the Consulate General of the Czech Republic in Chicago to find the documents and information needed to claim my passport.

Turns out, there wasn't a ton required. I only needed to bring my newly issued Czech birth certificate, my U.S. passport or driver's license and the passport fee (cash and in U.S. Dollars). Nowadays, the Czech consulate requires a passport photo too, but this wasn't required when I applied for my passport. At the time, these were taken at the consulate. I gathered the documents and called the Czech consulate to make an appointment to register for my passport.

My first appointment at the Czech consulate was pretty simple. I walked in and met with one of the Czech consular officers — she collected my documents, payment, took my headshot and scanned my fingerprints. After some small-talk, I was told that I'd get a call when my passport was ready for pickup at the consulate. I believe that I could've had my passport mailed too, but I would have had to bring Priority Mail postage with me. A few weeks later, the consulate called my cellphone and I was given a time to pick up my passport.

All in all, this process took a little over six months between applying and receiving my passport. Since then, I've used my Czech passport when traveling to and from Europe. Like any other European Union citizen, I can use my Czech passport to enter European countries through the EU lane and stay indefinitely. This has saved me a ton of time when traveling and would — if I so chose — let me live and work anywhere in the European Union indefinitely.

Countries that offer citizenship by descent

Interested in doing something similar? There are a handful of countries around the world that offer citizenship by descent — requirements vary, but it usually extends to those whose parents or grandparents were born abroad.

Below is a chart of countries that offer citizenship by descent alongside some basic requirements. Actual requirements may be more extensive, so do your own research if you think you're eligible for citizenship.

Other avenues for acquiring dual citizenship

Related: What is the citizenship of a baby born on an airplane?

Many countries will let you apply for citizenship after you're there for a set period. For example, expats are eligible to apply for Czech citizenship if they've held the right of permanent residence in the Czech Republic for at least five years (three for EU citizens) and are proficient in the Czech language. Many countries have similar laws, so it may be worth looking for a job abroad if you're interested in eventually becoming a foreign national.

A handful of countries around the world offer citizenship to those who make substantial investments in their country, but it isn't cheap. A popular example of this is Malta — you can acquire Maltese citizenship after making a nonrefundable donation of €650,000 (~$736,000) donation to a Maltese government fund, purchase €150,000 (~$170,000) in three-year government bonds and invest at least €350,000 (~$396,000) in Maltese property to be eligible for citizenship. Malta is in the EU, so this is a popular track to effectively "buy" EU citizenship.

On the other hand, you can donate $100,000 to a government fund and purchase at least $300,000 worth of real estate to be eligible for citizenship in St. Lucia. This citizenship would let you work and live in St. Lucia and use your St. Lucia passport to travel to countries that have visa-free agreements with St. Lucia. This isn't typically worthwhile for U.S. citizens, but may be of use for those with less powerful passports.

Having dual citizenship is an incredibly powerful tool. It can make traveling and living abroad considerably easier, and it may prove to be more important than ever in a post-coronavirus world.

In this article, I showed you how I claimed Czech citizenship by descent and discussed how you can claim dual citizenship by descent. This is an incredibly privileged benefit to have, so if you're also eligible for a second nationality through descent, I highly recommend you claim it. You never know when you'll want to live and work abroad or travel somewhere that where your current passport doesn't have visa-free access. Just be sure to speak with a lawyer first so you fully understand all implications of claiming that citizenship.