How fast does an airplane really go?

Articles
Ethan Klapper is a former senior aviation reporter at TPG who focused on the operational side of the airline industry.
Follow
Nov. 28, 2022
•
5 min read 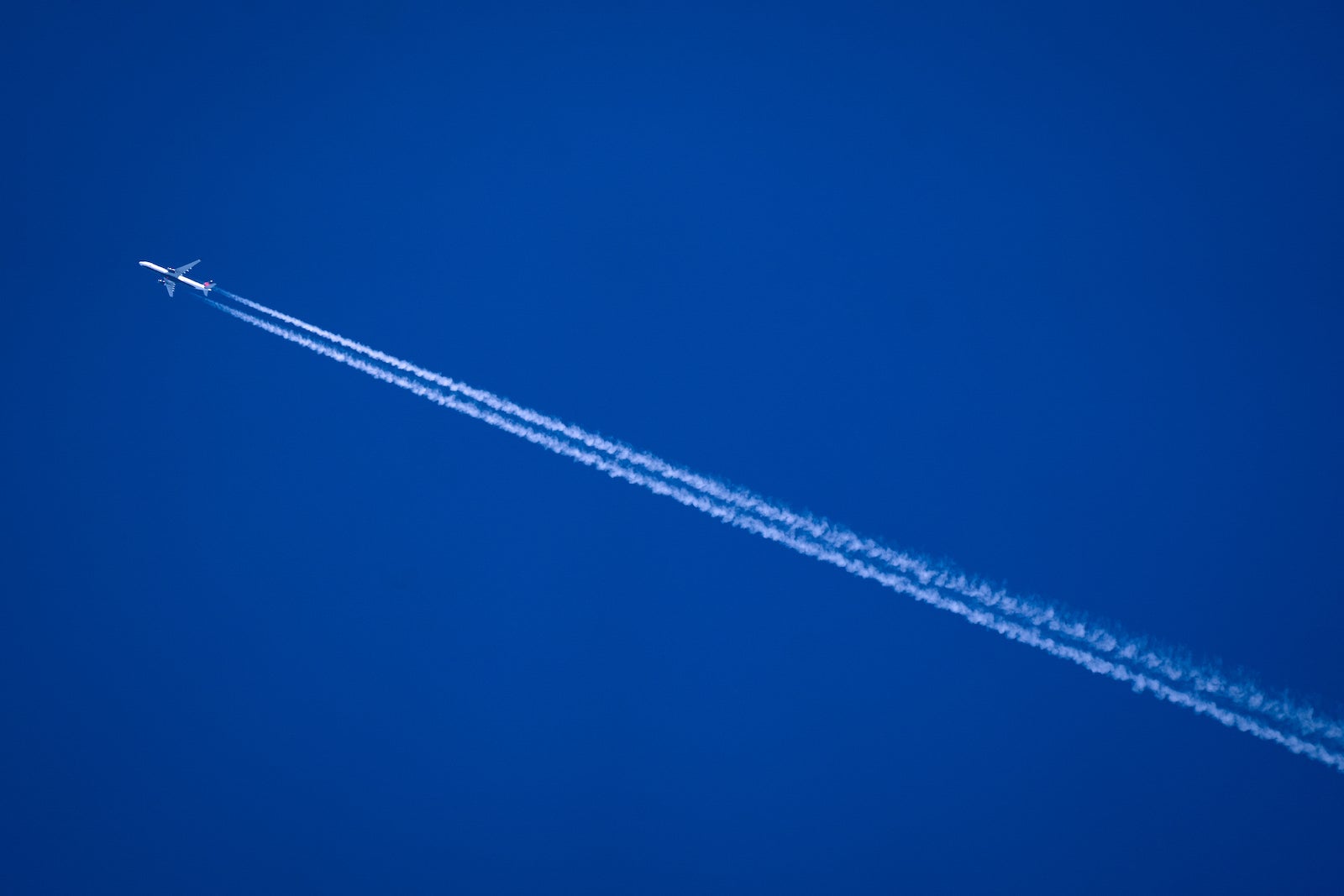 It's a simple question but one without a simple answer: How fast does an airplane fly?

Believe it or not, pilots rely on multiple speeds throughout a flight. Generally, there are four different speeds that measure different things and are affected by different atmospheric conditions.

How fast is an airplane in the air?

Airspeed is measured in knots. One knot equals 1 nautical mile per hour. One nautical mile is 1.15078 statute miles (what we commonly know as a mile). So, 1 knot is equal to 1.15078 miles per hour.

The simplest type of airspeed is indicated airspeed, which is directly derived from an aircraft's pitot-static system.

When an aircraft is in flight or speeding down the runway, the air gets forced into the opening of the pitot tube and is measured, while static pressure measures just that — static air conditions. Indicated airspeed is simply calculated by measuring the difference between the dynamic, pitot pressure and static pressure.

But that's not the most accurate metric once an aircraft is airborne. Different temperatures, atmospheric pressure and other factors mean that this airspeed must be converted into something more realistic and usable at higher altitudes.

That's what true airspeed is.

True airspeed adjusts indicated airspeed for a number of factors. Most importantly, it adjusts it for the temperature and pressure at higher altitudes — as an aircraft climbs, the temperature generally decreases and the air pressure always decreases. Once we make those adjustments, think of true airspeed as how fast the air is moving over the aircraft's wings at a particular altitude.

Pilots actually rely on another type of speed during the cruise — and it's technically not a speed at all. Mach number is the ratio of true airspeed to the speed of sound, and it's highly influenced by atmospheric conditions, especially temperature. It's a highly accurate way of fine-tuning speed in a particular area, and it's the unit that air traffic controllers use to separate traffic at higher altitudes.

What is an airplane's average groundspeed?

Finally, groundspeed is perhaps the most simple of the speeds. It's an aircraft's speed across the ground that gets adjusted for winds and altitude. For example, if an A321 has a true airspeed of 460 knots (529 mph), but is flying from New York to Los Angeles during the winter when head winds can be very strong, the actual groundspeed will be less. If it's facing a head wind component of 100 knots (115 mph) — which is entirely possible that time of year — its actual groundspeed would be a glacial 360 knots (414 mph), and you'd be looking at a very long trip to the West Coast. Still, the Mach number would remain unchanged, because the true airspeed is unchanged.

Since an aircraft's groundspeed is highly influenced by the winds it encounters aloft, there's no groundspeed associated with individual aircraft types. A general rule of thumb is that an aircraft's groundspeed can be anywhere from 350 knots (in a stiff head wind) to 550 knots (in a strong tail wind). Of course, there are outliers. Each winter, there are often stories about aircraft encountering very strong tail winds when headed east over the Atlantic Ocean. Sometimes, these are in excess of 700 knots groundspeed, or 805 mph. These aircraft are actually not going any faster than normal — in fact, some might even slow down to conserve fuel given the strong winds. However, by taking advantage of the wind, they're able to travel at incredibly fast speeds.

There's no easy way to answer how fast an airplane flies. But for the flying public, the easiest answer is probably groundspeed. It's how fast your flight is traveling directly over the ground, and has the largest direct impact to 8888.

Featured image by JOE GIDDENS/GETTY IMAGES
Editorial disclaimer: Opinions expressed here are the author’s alone, not those of any bank, credit card issuer, airline or hotel chain, and have not been reviewed, approved or otherwise endorsed by any of these entities.