Articles
Christian Kramer is the General Manager for The Points Guy UK, based in London. Having lived in different countries and with a previous career in financial services, he is an Avios, Oneworld Alliance and general aviation travel expert.
Follow
Sept. 26, 2021
•
13 min read 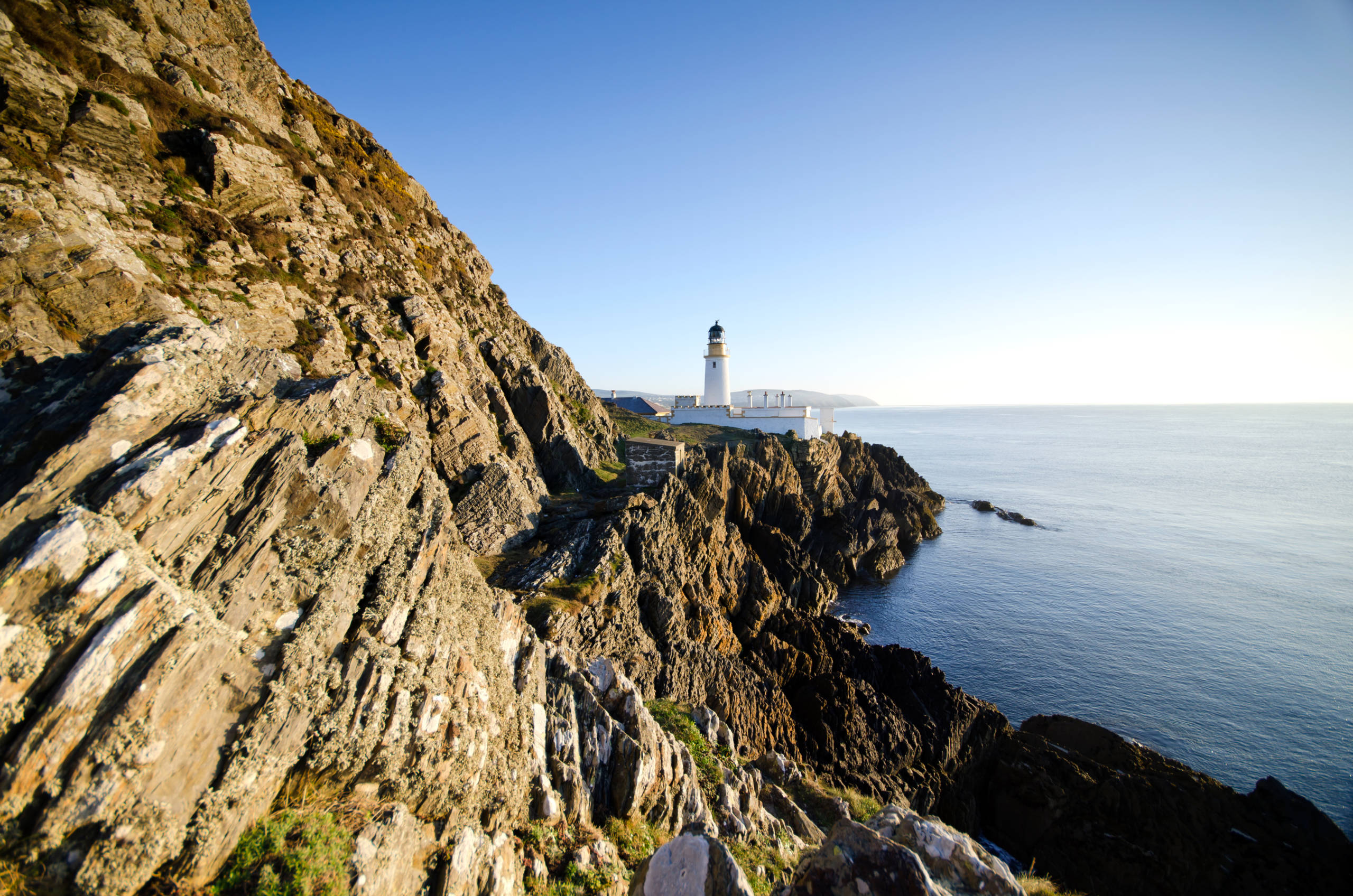 Situated in the Irish Sea, between the Lake District and Northern Ireland, the Isle of Man is a self-governing British Crown Dependency with Queen Elizabeth II as Head of State -- her formal title is Lord of Mann. It has its own government, parliament and like its Channel Island neighbors farther south, its own currency-- the Manx pound, which is pound-for-pound the same as sterling.

The island's parliament Tynwald is said to be the world's oldest, established in 979.

The Isle of Man stretches 32 miles from north to south and 14 miles from east to west. It is much bigger than any of the Channel Islands and driving from the south to the north can take over an hour. Given the size and the beauty of the island, a rental car is recommended for anyone wanting to truly explore. In fact, whilst the capital Douglas makes sense as a base (though the other towns on the island have rural and remote charm), the splendor of the island is very much away from Douglas.

Influenced by Celtic culture and with "Northern rough charm" (given the windy and rainy weather conditions that can prevail from the Irish Sea), the island has just under 100,000 residents. But during the annual motorsport events -- the Tourist Trophy race in May/June and the Grand Prix in August/September -- the number of people on the island can double.

Unless you are into motorbikes, those four weeks are probably best avoided as accommodation sells out a year in advance, prices soar, roads are closed due to the races and the funfair on the promenade in Douglas -- whilst fun and lively -- can resemble the stereotypical picture of a British seaside resort at its least charming.

Given its location in the Irish Sea, the weather is always going to be on the fresher side so be prepared for slightly colder temperatures and rain year-round. Whilst no guarantee of a particular climate, the summer months naturally have the best chance of blue skies and great views across the ardent green countryside, hills and the sea.

How to get to the Isle of Man

The island's main transportation link is Ronaldsway Airport (IOM), which is to the south of the island. Flybe was offering a number of flights to and from the island, though since its demise, Loganair has stepped in.

Normally, there are direct scheduled flights to the Isle of Man from:

These are operated by British Airways CityFlyer, EasyJet, Aer Lingus and Loganair.

The Isle of Man Steam Packet Company, carrying out these crossings with its two vessels, is the oldest continuously operating passenger shipping company in the world, celebrating its 190th birthday in 2020. One of its two vessels -- the MS Ben-my-Chree -- is affectionately called "the Ben" by locals and you'll hear weather interruptions to the service ("the Ben isn't sailing today because of the wind") discussed in the pubs between locals.

Towns on the Isle of Man and where to stay

Douglas is the capital and largest town on the Isle of Man with a third of the population living there. It has a seat-front promenade that invites strolls and in the middle of the bay is the Tower of Refuge. Horse-drawn carriages operate along the 1.6-mile "prom" during the summer months.

Aside from the horse-drawn carriages, there's an electric railway that operates up Snaefell, the island's highest mountain, and to Ramsay, as well as a steam train though the latter is more of a visitors' attraction than a means to getting around. A rental care, as said, is definitely recommended.

If in doubt and unless you are after a much more remote experience, Douglas is the default base for any visitors to the island and offers the most hotels, bed & breakfasts and restaurants.

Read more: 9 of the most amazing spas worth traveling for

The second-largest town on the island is Ramsey. Situated north of Douglas and though worth a visit as part of a drive around the island (there are some pubs around the harbor for a spot of lunch), staying in Ramsey doesn't make sense. It doesn't have the buzz of Douglas nor the stunning remoteness on offer on the rest of the island.

For those seeking more privacy and nature, the island has a lot of smaller villages. A drive around the island including the lighthouse at the north in Bride, the road down the west coast passing through Kirk Michael and Glen Rushen all the way south to Port Erin and Cregneash, is highly recommended. Given the distance, such a drive in itself will fill most of the day.

Peel offers the charm of a fishing village with its bay and harbor as well as Peel Castle and a small range of pubs and restaurants. Accommodation options are more limited than in Douglas but a trip to Peel should certainly be on your things-to-do list.

Castletown is situated on the south coast of the island and south of the airport. Castle Rushen is situated in the middle of the town giving it a very different vibe from Peel. Accommodation options are still limited, though there's a bit more choice than in Peel. The proximity to the airport is neither an advantage nor bothersome given the limited number of flights per day.

Take advantage of the stunning scenery

This might be an obvious statement and one that applies to many islands and beauty spots but the Isle of Man has some truly glorious parts to it -- and its size means there's variety beyond the classic coastal areas. I'll let these pictures do most the talking.

As already mentioned, the Isle of Man becomes a major international attraction for motorsports fans twice a year -- more so during the TT Races than during the Grand Prix. Even outside of those weeks, given there is no national speed limit on the Isle of Man on roads outside of towns, it is popular with visitors who want to test their motorbikes or cars to the fullest of their capabilities. Most roads are small and windy so the attraction is testing your skill, as well as speeding. Jeremy Clarkson is a resident on the island and various episodes of Top Gear (and other motorsport programs) have been filmed there.

The obvious other sport is golf and the island's eight golf courses (including a links course in Castletown) offer some truly stunning and breathtaking backdrops.

The highest mountain on the island, Snaefell, with an elevation of just over 2,000 feet, offers visitors views of all parts of the U.K. on a clear day -- England, Scotland, Wales and Northern Ireland. The mountain can easily be reached by car or via the electric railway which also operates between Douglas and Ramsay. Both options end just below the peak which can be reached by a short hike.

Another must-visit is the Laxey Wheel, the largest working waterwheel in the world. Laxey can be found on the coastal road between Douglas and Ramsay so is easily reachable and the village itself is worth it for a short stroll and coffee break. The wheel itself, with its 72-foot diameter, stands imposingly just north of the village.

Undoubtedly the biggest attraction of the island is simply its wonderful natural beauty. It is a beautiful green island with stunning views, cliffs and coastal lines but also inland treats such as two reservoirs and lots of windy creeks and rivers. Aside from a drive around the island on the coastal roads, any visitor should head inland too and explore.

If it rains, Douglas also offers all the usual indoor activities like shopping, museums, cinemas or the casino.

The Isle of Man and the Channel Islands are often grouped together and compared despite being separate nations and not close in proximity.

Whilst French influence and charm can be felt in Jersey, the Isle of Man has a very different though equally alluring Celtic vibe about it. It is both more rustic and given its bigger size, more varied -- think valleys and creeks, winding mountain roads and dramatic coastal cliffs.

Once described as "the Naples of the North", the Isle of Man -- and Douglas in particular -- can have a British seaside resort feel but that doesn't have to be a bad thing. Go and see yourself, the Isle of Man is a great choice for a vacation within the British Isles.