My experience with Kyte, the rental car startup that brings the car to you

Articles
Caroline Tanner covers news and travel for TPG. She is a journalism graduate of Mizzou and Northwestern.
Follow
July 30, 2021
•
9 min read 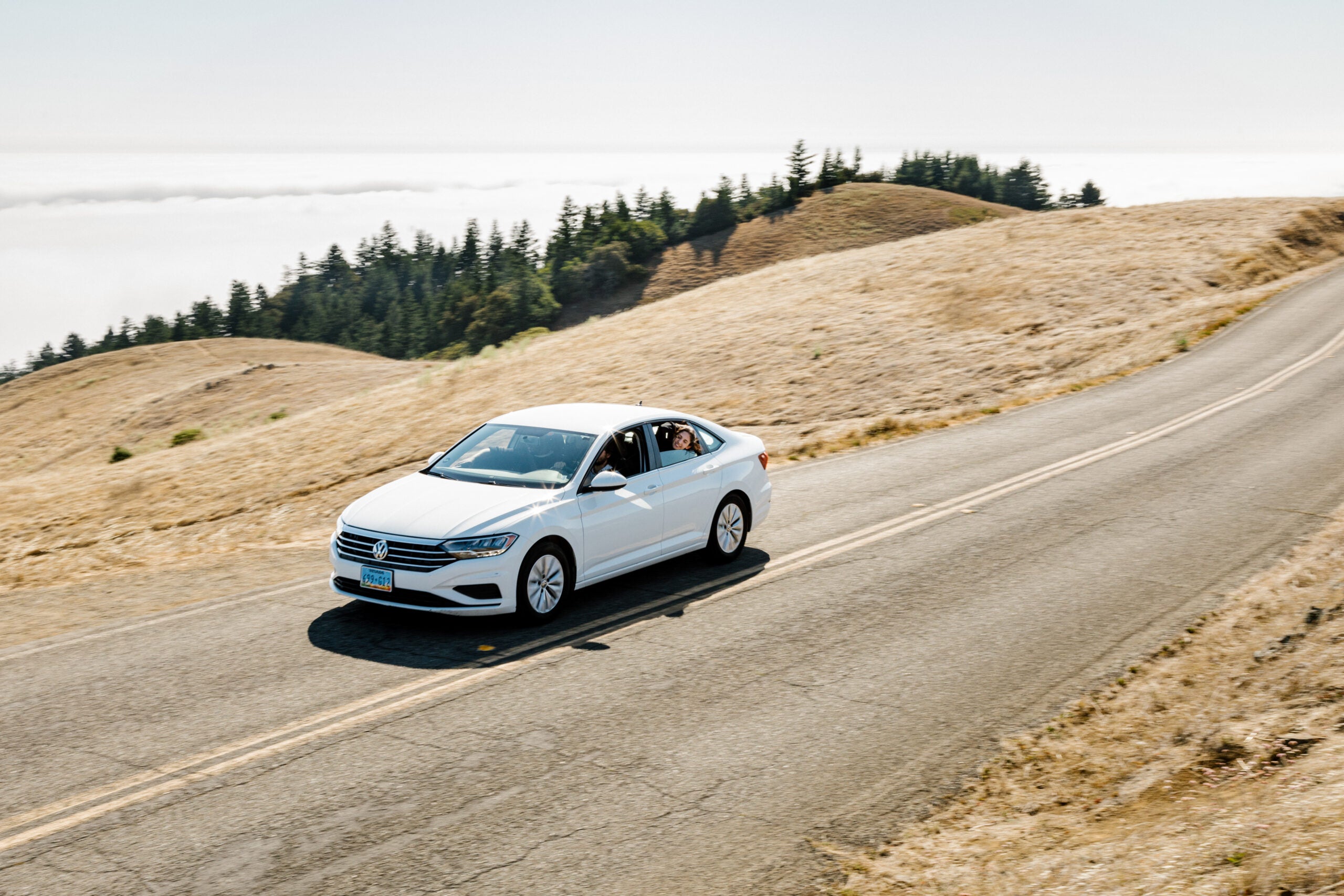 Editor's note: This story has been updated with new information.

Earlier this month, my best friend and I struggled with finding an affordable rental car to drive from Boston to Maine for a somewhat last-minute birthday trip. Given the massive pandemic-induced shortage of rental cars across the country, we were pleasantly surprised to find one for less than $400 total for four days in late July.

With the average price of a rental car in Boston at $167 per day, $362.29 was a steal. The only other option comparable in price was the peer-to-peer sharing platform Turo, but the suburban pickup locations weren't convenient for us. Because we flew into Boston Logan International Airport (BOS) from Reagan National Airport (DCA) and were spending the day working remotely in the city, we chose Kyte as it was the cheapest and only option that would allow us to pick up a car at a location of our choosing after work.

Since soft-launching in 2020, San Francisco-based Kyte, which calls itself the "leading door-to-door, app-based car rental delivery company" has expanded to eight cities across the United States and raised $9 million in January for additional markets.

"What makes the magic possible all comes down to our fleet operations platform matching people with cars in the right place at the right time, ultimately orchestrating vehicle movements across dense urban areas," Kyte's co-founders said in a press release. "We partner with existing professionally managed fleets, allowing us to focus solely on perfecting the consumer experience and building technology - not on managing assets."

Kyte "sources vehicles from various professional fleet suppliers, and the vehicles are stored and maintained by Kyte," a Kyte spokesperson told me via email.

Related: Can’t find a rental car? Why you should try Turo instead

The key difference between Kyte and other rental car companies is that Kyte focuses on "doorstep car delivery" to allow users to pick up and drop off almost wherever and whenever in Boston, Chicago, Los Angeles, Miami, New York City, San Fransisco, Seattle and Washington, D.C. Kyte literally brings the car to you.

In the above total, you'll see a $51 charge for both liability and damage coverage.

When it comes to newer services like Kyte or Turo, we would recommend double-checking your provider's terms and conditions regarding the rental car coverage extended by many credit cards for traditional rental car companies.

You'll also note a $50 discount for my friend referring me to Kyte.

When you book your Kyte, you will select a 30-minute delivery window, as well as a drop-off time (available every half-hour), at an address within their service area. We selected to meet our "surfer," which is how Kyte refers to its drivers, between 4 p.m. and 4:30 p.m. on July 22. Although we didn't know exactly where we would end up spending the day, we chose a pickup location in the Back Bay neighborhood at the Fairmont Copley Plaza.

Since we were driving from Boston to Maine and flying back to D.C. out of BOS, we wanted a drop-off location that was as close to the airport as possible. Although Kyte does not currently offer service at any airports, they do suggest the closest stop to your desired airport, which in our case was at the Maverick station serving Boston’s T subway system, just a few stops from BOS.

The lack of airport service was not initially clear to us while booking our Kyte and it wasn't until several failed attempts to enter BOS as a drop-off location that we realized it wasn't an option.

"I understand logically why they don't do the airport pickup but that was still a little annoying," said Bre Revell, my best friend who experienced Kyte with me. "But their suggested location instead of the airport was super convenient because it was so close to the T stop and just a quick ride to Logan."

We selected an SUV, and the booking confirmation said we should expect a Jeep Compass or something similar.

Related: The ‘car rental apocalypse’: Why renting a car is tough in 2021

Picking up the car

The day before our scheduled pickup, the Kyte app asked us to verify the license of the selected driver by submitting a selfie.

We did not anticipate the difficulty we experienced on July 22 in finding a coffee shop we could work from that supplied Wi-Fi. After trying two places, we landed on a Blue Bottle before relocating to a Sweetgreen to access an outlet and eat lunch. Around 3:45 p.m. we received another text via the app informing us that our "surfer" Ish was on his way for a 3:52-4:02 p.m. arrival, earlier than the 4-4:30 p.m. window we had selected during the booking process. This was slightly annoying, as both Bre and I were still working and had to abruptly pack up in order to meet him. Luckily, it was only a five-minute walk.

We rapidly approached 138 St. James Avenue and saw a blue Nissan Rogue. Our "surfer" waved, verified our identity and driver's license, asked us to electronically sign the rental agreement (which we received immediately via email) on his phone and asked if we had any questions before handing over the keys.

He then took a bike out of the trunk to presumably bike to his next destination.

As we began our journey to Maine, we overlooked the above notes regarding gas and tolls, so be sure to pay attention to those. We knew we would have to fill up the car with gas at some point before returning it and then were charged an additional $16.69 upon returning it to meet the refuel level. Additionally, we paid roughly $20 in cash to pass through several electronic toll stations in Maine, Massachusetts and New Hampshire (there are many in Maine).

Related: 9 rental car rewards programs you need to know about

The Kyte car was clean, comfortable and spacious. When we stopped to use the restroom in West Peabody, Massachusetts, we struggled to figure out how to put the car in reverse and had to look it up on YouTube. Of course, this was more to do with having never driven a Nissan Rogue before and less to do with Kyte itself.

Other than slightly weak washer fluid on the front window, we had no issues with the vehicle itself.

Read more: How to never pay full price for a rental car

On Sunday, July 27, we were scheduled to drop off our car by the airport in East Boston at 12 p.m. While we were en route in the pouring rain, the app texted us to let us know that "surfer" Jean's ETA was 11:55 a.m. and that he would only wait until 12:05 p.m., just five minutes after our scheduled meeting time. We responded that we were approximately 10 minutes away, still on track for the agreed-upon meeting time.

The drop-off location was near the T stop and parking was limited, so we snagged the first open spot we saw at 11:55 a.m. We looked around and didn't see anyone we thought could be Jean (no identifying details were provided). Four minutes later, we let Kyte know that we were parked at 35 Maverick Square, just a few steps away from the meeting place. Eleven minutes later, with still no sight of or word from Jean, Kyte said they would reach out to him again.

We spotted Jean shortly thereafter and he asked us if we had any questions as we unloaded the car.

Related: How I avoided the airport rental car chaos

What Kyte lacks in the points and miles partners of traditional rental car companies, the company certainly makes up for in price and convenience alone. You may feel some of the inevitable user experience quirks that often result from using a startup, but those are sure to dissipate over time.

Related stories
Aer Lingus returns: Hartford gets back its nonstop flight to Europe
Top 10 LGBTQ-friendly destinations for 2022
The 5 best credit cards for Walmart shopping
Watch out, Royal Caribbean: This cruise line is bringing more big new ships to North America
Editorial disclaimer: Opinions expressed here are the author’s alone, not those of any bank, credit card issuer, airline or hotel chain, and have not been reviewed, approved or otherwise endorsed by any of these entities.