Articles
Summer Hull , aka Mommy Points, ran the Mommy Points site for families who want to travel more for less using miles and points for seven years. She now heads up a variety of special projects at TPG when she isn't exploring the world with her own two girls.
Follow
Aug. 22, 2018
•
10 min read 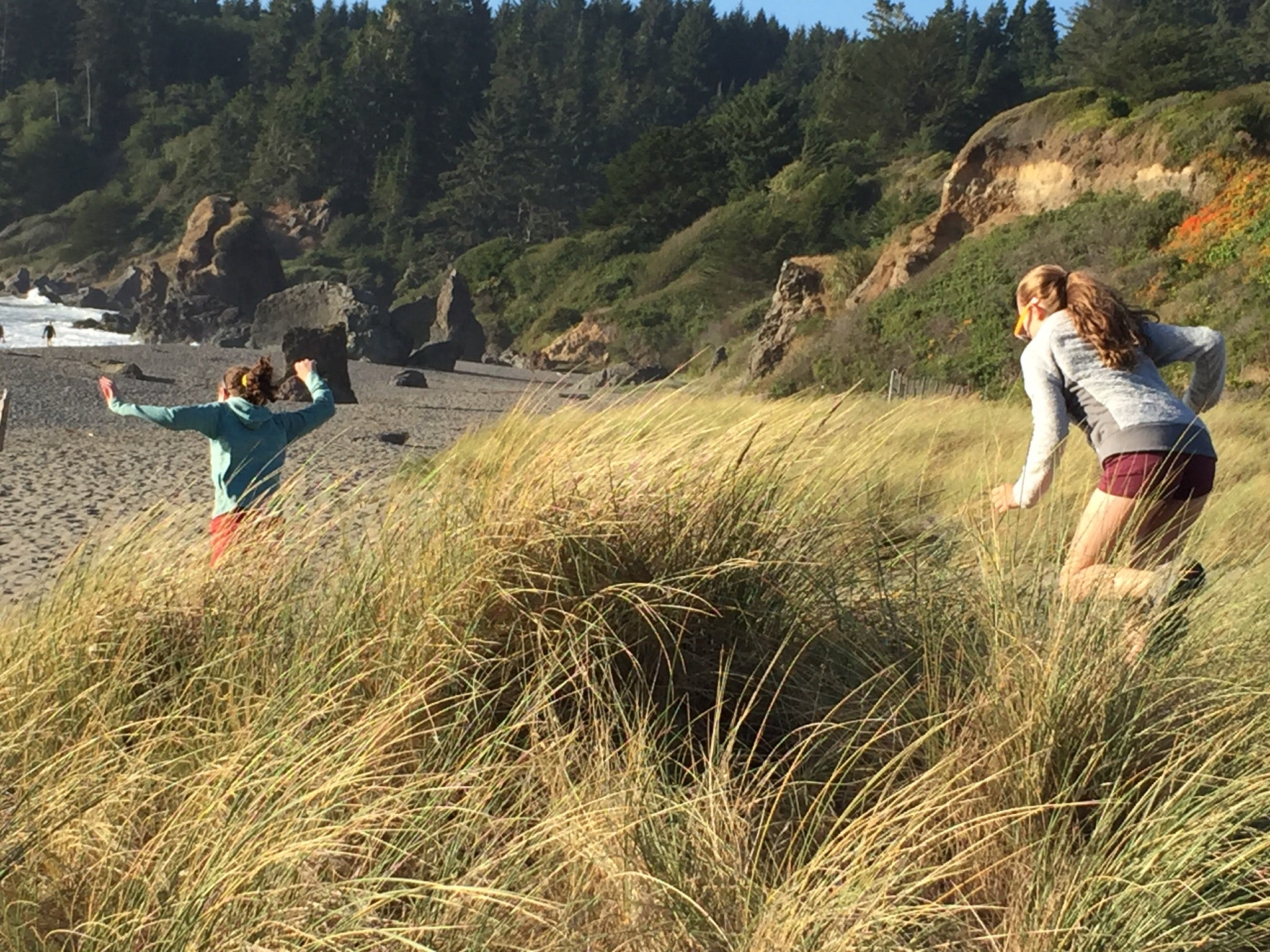 If my in-laws' recent summer vacation is any indication, the Great American Family Road Trip is far from extinct. In fact, it is an appealing holiday for many families — and with the right credit card strategy, it may be more accessible than ever before.

I first learned of my brother-in-law's plans for a summer family road trip a month or so before they were scheduled to embark on their journey. And frankly, I thought they had lost their minds. I was certain that, after driving more than 9,000 miles in a van with two adults, two teens and two dogs for an entire month, they would be transformed into a "National Lampoon's Vacation"-style family with a dead relative strapped to the car. They didn't. (They did, however, stay with a family called the Griswolds in Missouri. Fact.)

Fortunately, I wasn't tasked with planning, or even surviving this road trip. Instead, I volunteered to help my in-laws save money and maximize rewards earnings during their adventure with the Capital One Venture Rewards Credit Card.

My brother-in-law, Aaron, and his wife, Emily, are both teachers (high school and ballet, respectively) so their summers are significantly more flexible than the school year. But because they both usually have part-time second jobs, this was actually their first truly free summer in five years. It also happened that their daughters would be completing a summer camp in Missouri on July 7, and the entire family was set to visit grandparents in Kansas in early August. Aaron and Emily decided that, rather than traveling to middle America twice in one summer, they would use the weeks in between to explore the US in one large loop instead.

Neither Aaron nor Emily had ever tackled a road trip of this size, but with their girls turning 12 and 14 during the journey, they decided everyone was old enough to handle the pace (and space limitations) of the journey.

Preparing for the trip

With fixed dates for leaving Connecticut, retrieving the girls in Missouri and visiting Kansas, the bones of the trip were in place from the beginning. A cousin suggested Aaron and Emily use the website roadtrippers.com to plot out the rest of the itinerary.

Stops at National Parks — including Mesa Verde, Great Sand Dunes, Arches, Yellowstone, Badlands and Mount Rushmore — and visits with friends and family members (read: free stays) along the way quickly filled in the gaps. And they planned to see it all in just over a month.

To comfortably accommodate four humans and two canines on the lengthy trip, they rented a Chrysler Pacifica minivan for 34 days at a cost of approximately $1,700 all in. This allowed them to ride comfortably and avoid putting all of those miles on their personal vehicles. Speaking of which, if you're renting a car for a road trip or any other upcoming travel, make sure you use a card that offers primary rental car insurance.

Thanks to rental discounts through Aaron's USAA membership and Costco gas discounts along the way (and 4% back on gas with their Costco credit card) they enjoyed considerable savings on the drive.

Booking hotels along the route

To keep costs down, my in-laws stayed with friends and relatives whenever possible. In fact, they spent only 15 of their 34 nights on the road in hotels.

Three of those nights were spent at an Aloft near the grandparents in Kansas, booked using cash and Starwood points. Nine other hotel nights were all booked using Hotels.com. With the Hotels.com Rewards program, you earn a free night after 10 nights booked (and stayed) through Hotels.com. That free night can be used around the world at a value of the average price of the 10 paid nights. That by itself is essentially a 10% rebate on hotel stays.

But my in-laws did much better than that. Before their trip, they trusted my advice and applied for the Capital One Venture Rewards Credit Card and booked their Hotels.com stays via Hotels.com Venture to earn 10x miles per dollar on that card. (Offer ends Jan. 31, 2020)

First, they earned the 50,000 mile sign-up bonus on the Capital One Venture Rewards Credit Card by spending at least $3,000 on the card in the first three months. Their ambitious road trip ultimately came with a price tag higher than that, so hitting the minimum spend requirement was easy. Those 50,000 miles are worth $500 in statement credits against travel purchases.

On top of that, when Venture cardholders book and pay for their Hotels.com stays through Hotels.com/Venture, they receive 10x miles per dollar spent on the Venture card, instead of the normal 2x earning rate awarded on other charges. This 10x bonus will be available through January 2020 and resulted in 7,595 earned miles for this road-tripping-family.

When you stack Venture’s 10x miles at Hotels.com with the free night you earn for every 10 nights booked with Hotels.com Rewards, you’re essentially getting 20% back on hotel purchases. That’s an outstanding value that no other credit card really comes close to for hotel stays.

Since they don't do big trips like this on a regular basis, this was an infinitely better strategy for them than dealing with small points totals scattered across a variety of loyalty programs.

By obtaining the Capital One Venture Rewards Credit Card, hitting the spending requirement to earn the bonus and making their hotel bookings on Hotels.com, they easily earned the sign-up bonus worth $500; almost enough Hotels.com nights for a free night to use in the future; and 7,595 additional miles on the Venture Card at 10 miles per dollar.

All told, they earned well over $600 worth of points and perks on dollars they were going to spend anyway. That gives them a great head start on their next family vacation.

Highlights (and lowlights) from the family road trip

I was a little worried about the pace and distance of their road trip when they first outlined their plans — but my worries were for naught, as they all had an amazing time. Covering four to six hours in the car many days wasn't a problem, especially given the age of their daughters.

When asked about the favorite moments from their trip, they had many. They enjoyed the off-the-beaten-path hikes to the ocean in Trinidad, California; up the falls in Spearfish, South Dakota; and taking a tram over a waterfall in Spokane, Washington.

The kids loved Yellowstone National Park, the adults loved Powell's Bookstore in Portland, and everyone loved their stay at Emerald Forest Cabins and RV Park in Trinidad, California.

Of course, spending time with extended family in Kansas was also a highlight — especially for the cousins, who had several days together to relax and play.

Bringing two dogs on the journey was a challenge at times, but they were often able to get both dogs covered under one pet fee at hotels and cabins. At times, they were even to have the fee waived by being very upfront about their well-behaved canine companions.

Dog supplies were kept in easily accessible bins so they could quickly grab all the doggie things needed for an overnight stay. They were charged a fee for dog fur in the rental car, but it was a charge they were glad to pay to keep the whole family together (and to avoid paying for a month of dog boarding).

My in-laws said that, should they ever embark on another major road trip, they would pack fewer clothes; download extra audio books; and use overnight grab-and-go bags so they don't have to haul all their luggage out of the van for a short stay.

The Great American Family Road Trip is not a relic of the past, but rather a great way to spend time with loved ones — and see the nation's most iconic sights at your own pace, without blowing your budget. And by booking hotels on Hotels.com Venture using the Capital One VentureOne Rewards Credit Card, you can even get a jumpstart on paying for next family vacation at the same time.

Related stories
Why you should consider having both the personal and business Amex Platinum cards
Real ID requirements for air travel in US delayed until 2025
Another major cruise line to sharply hike onboard fees
Save money with these travel-related offers on your credit cards this month
Editorial disclaimer: Opinions expressed here are the author’s alone, not those of any bank, credit card issuer, airline or hotel chain, and have not been reviewed, approved or otherwise endorsed by any of these entities.