5 ways Marfa is the weirdest (and coolest) town in Texas

Articles
Chris Dong was a reporter at The Points Guy, where he covered the intersection of credit card rewards and travel.
May 16, 2021
•
9 min read 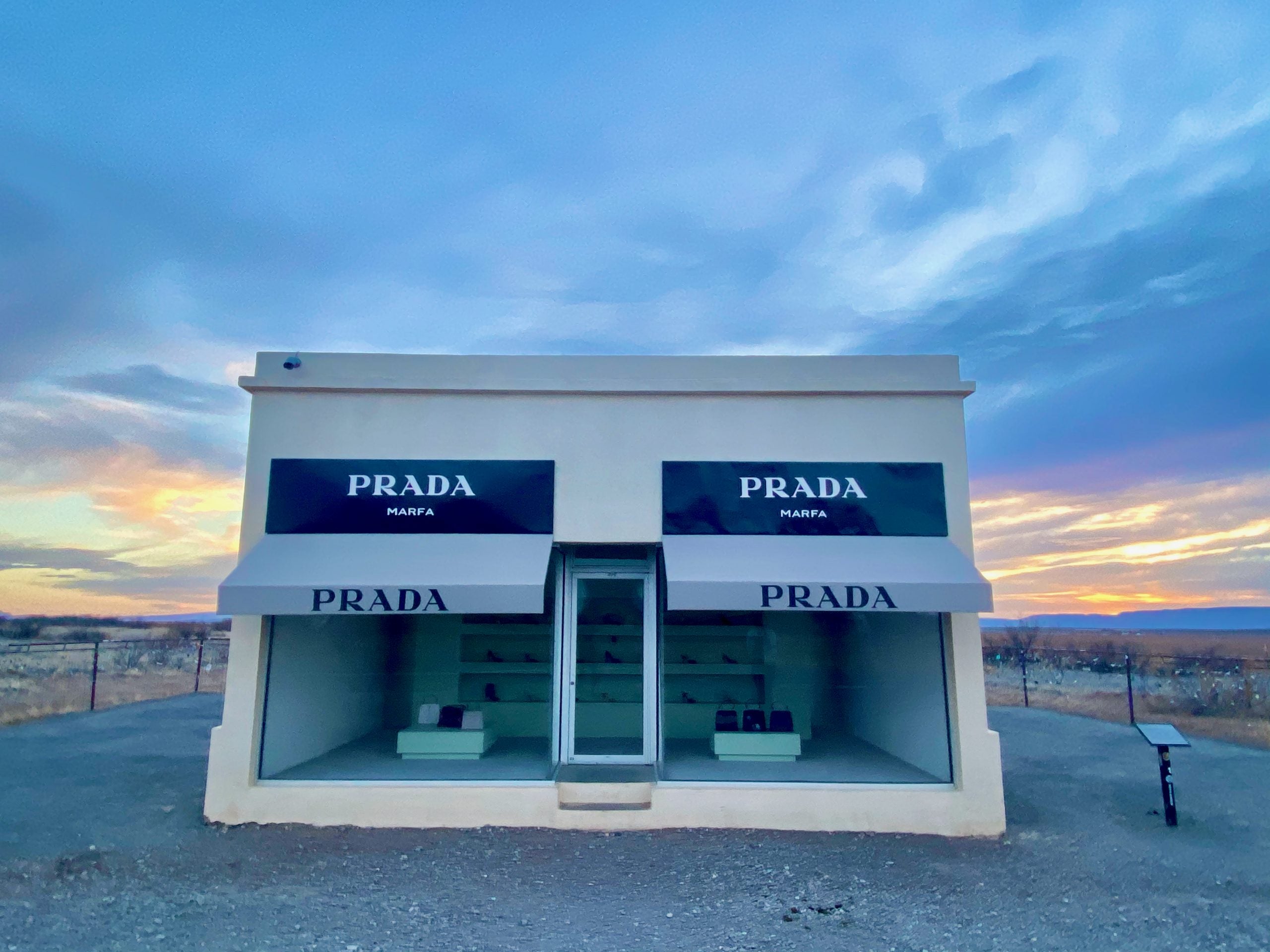 I'll just put this here — Marfa is a weird place, and I say that in the nicest way possible.

The 1,700-person town found in far, far West Texas is a unique mix of minimalist art and culture, quirky creativity and gourmet eats. How far away is the closest big city, you might wonder? Well, El Paso is over 200 miles away, San Antonio is more than 400 miles away and the closest major Texas interstate takes an hour's drive.

In other words, a visit to Marfa requires a commitment to a long journey in the desert. But that's part of its appeal. It's an enclave to escape it all, and Marfa has long been on my list to check out. Best of all, this unique destination made the perfect stop on my 2,000-mile road trip earlier this year.

Without further ado, here are five ways Marfa is the weirdest (and coolest) town in Texas.

It's an art lovers oasis in the middle of nowhere

Once you arrive at Marfa, you might scratch your head and wonder, "Is this it?" After all, the town comprises an area of just 1.6 square miles, with one main street, an intersection of two main roads and an active railroad track. It's one of those blink-and-you-might-miss-it types of places.

But there's more here than what meets the eye initially.

Related: Are we there yet? 6 ways the classic road trip has changed — and stayed the same

For decades now, Marfa has been a mini art enclave within the Chihuahuan Desert. Its origins as an art destination started back in the 1970s, when Donald Judd, a prominent minimalist artist and critic, moved to Marfa. He helped convert the town, buying up property and displaying both his and other artists' large-scale work.

Although Judd passed away in 1994, his legacy remains in the form of the 340-acre Chinati Foundation museum and expansive outdoor art exhibition space.

Related: The art of travel: Where to find museum-worthy artwork at the airport

In addition to Chinati, dozens of galleries and other public works of art abound. I visited several exhibits, including the Marfa Open, a converted train depot that is now a nonprofit art space.

Keep in mind that during the pandemic, some galleries and attractions are temporarily closed, with many installations requiring a reservation.

There's a Prada store that doesn't sell anything

Some might say Marfa was introduced to the social media generation when Beyoncé (and sister Solange) spotlighted it during a trip in 2012.

One of the photos? A picture at the Prada Marfa, a public art piece that resembles a real-life Prada store.

It was built as an artificial store in 2005, with the creators borrowing from pop art, minimalism and land art. The original intention was for the structure to be temporary and dissolve back into the earth as a critique on consumerism, but that was later abandoned. Now, it's a cultural icon that you may have already seen on Instagram.

Note that Prada Marfa isn't actually in Marfa's city limits; it's 26 miles away on the side of the road in the adjacent town of Valentine.

The town has mysterious 'ghost lights'

Besides art, the town is shrouded in a mystery called the "Marfa lights."

Long before Marfa emerged as a destination, reports from as far back as the 19th century indicate that people saw red, white and blue lights emanating from near the town. The orbs of light hover, shift, bounce, dive and perform for onlookers about 10 to 15 nights of the year, just east of Marfa on the Mitchell Flat.

However, no one can explain these lights — or even if they truly exist at all. Theories abound from the mundane, such as car headlights, to the more outlandish, such as aliens.

Nowadays, you can observe the Marfa lights for yourself in a dedicated viewing area outside of town. Unfortunately, I didn't spot a thing, so I can't corroborate these reports.

The local newspaper doubles as a cafe and boutique

To get a tangible sense of how truly unique Marfa is, there is a physical manifestation of the town paper. That is, The Big Bend Sentinel isn't just a print publication; it's also a cafe-cocktail bar with a desert-minimalist interior design.

The idea was to diversify the newspaper's sources of income during a period when many local papers were dying.

Today, you can visit the chic space, read today's headlines, sip espresso and shop for Southwestern rugs, plants and local art. Also, they make a mean pozole, which I devoured on a chilly late winter afternoon.

Accommodations range from an underground bunker to a luxury hotel

For such a small town, it may surprise you to know there is a diverse array of accommodation options. However, don't expect any chain hotels here. Instead, Marfa has some truly distinctive places to rest your head for the night.

There's the expansive, nomadic campground of El Cosmico, where you can sleep in anything from a yurt to a decked-out trailer.

Closer to town, across from the Presidio County Courthouse, is The Lincoln, an eclectic array of 12 different lodging options on a space that originally functioned as a stable yard. Here, you can even sleep in an underground bomb shelter, complete with a fully working living space.

Built in 1930, the historic 41-room Hotel Paisano has hosted actors from James Dean to Elizabeth Taylor, and has a charming, old world-style lobby, multiple boutique stores and one of the best restaurants in Marfa.

Finally, if you're looking for something a bit more modern, the Hotel Saint George is a luxurious and sleek 55-room property complete with high-end amenities and Aesop toiletries.

Of course, it has a historic nod to its past, too. The hotel, which opened in 2016, has locally sourced elements and repurposed materials from the 1886 property of the same name. Plus, don't miss the Italian restaurant in the lobby, LaVenture.

If you're attracted to a minimalist aesthetic, the great outdoors and don't mind the town's slight air of pretension, chances are you'll love Marfa just as much as I did. It's also the perfect stop (or base) for a trip to Big Bend National Park, about 100 miles away.

There's a reason why people from Hollywood's elite to hipster Brooklynites to Texas ranchers flock to this tiny desert town. Now, you'll know how truly weird (and cool) this place is, too.