Two Tickets for $26: The Math Behind a $60 Kids Fly Free Frontier Membership

Articles
Summer Hull , aka Mommy Points, ran the Mommy Points site for families who want to travel more for less using miles and points for seven years. She now heads up a variety of special projects at TPG when she isn't exploring the world with her own two girls.
Follow
April 15, 2019
•
7 min read 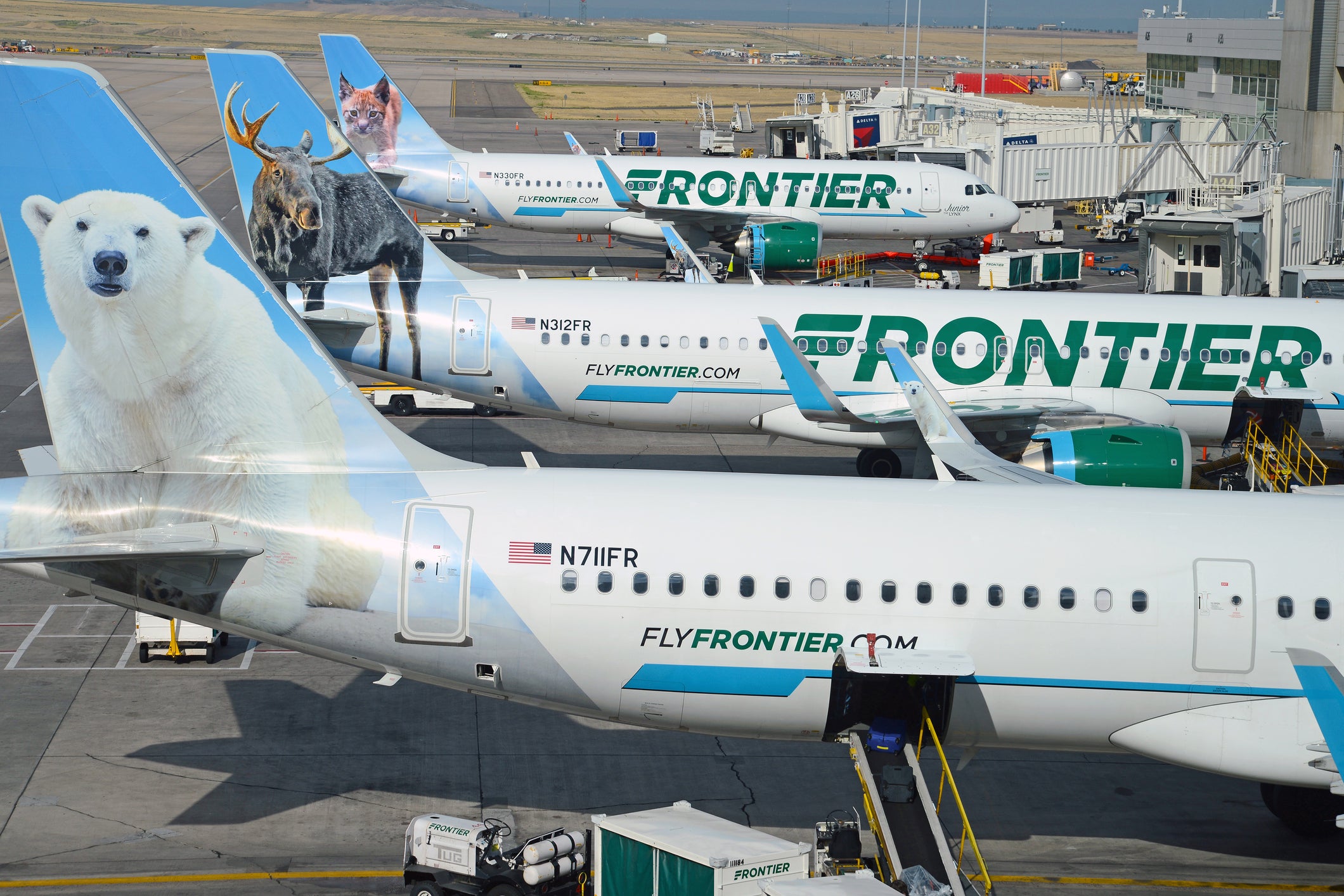 Who doesn't love a good buy one, get one free deal? The Southwest Companion Pass offers a tremendous way to bring along a friend or family member on Southwest-operated flights for just the cost of taxes. But for families, there's another way to have the kids fly for free that's much easier than earning 110,000 Companion Pass-eligible points in a calendar year.

For the last few months, Frontier Airlines has offered free flights for kids (up to 14 years old, one per paid adult) on select dates, allowing families to create their own BOGO flight deals. A $60 per year Frontier Airlines Discount Den membership is required to activate the kid's fly free deal, but that one membership is valid for the whole family (of up to six people), and you'll likely save more than $60 on the very first use.

With traditional airline programs moving away from award charts and toward dynamic award pricing, I'm continuing to diversify our family's "traveling for less" strategies. Over the weekend, I bought a Frontier Airlines Discount Den membership for the first time, largely to take advantage of the kids fly free component and give my family more options to travel for less. Here's the math on what pushed me to make the purchase.

Discount Den (More Than) Pays for Itself on First Use

Our family of four is flying Frontier Airlines (instead of United) home from Orlando this summer because price and schedule wins 99% of the time when deciding which flights we book. Even factoring in the additional bag and seat assignment fees we paid on the ultra low-cost carrier, the four tickets totaled several hundred dollars less than what United wanted for a similar nonstop itinerary.

The base fare for four one-way tickets from Orlando back to Houston without the membership would be $368. With the membership, that amount drops to $164 to get our family home on well-timed nonstop flights on Frontier. Factoring in the cost of the $60 annual membership, that still represents $144 saved on the very first use with 364 days of membership still to go. And, yes, the Discount Den purchase codes as airfare since it was simply bundled into the total airfare cost. Use whichever card you have that is most rewarding for airfare to earn some bonus points on that purchase.

The two times we have booked flights on Frontier in recent history, we have only flown them on one direction of the trip. Since the kids fly free offer is only valid on select dates, that trend is likely to continue as you may be able to line up one leg of the trip on an eligible kids fly free date, but not necessarily both. (Since Frontier's on-time stats aren't great, you may want to fly them in the direction where you have more flexibility in the case of irregular flight operations.)

Since kids fly free doesn't require a round-trip purchase, it's not a problem to just book a one-way ticket. For our Orlando summer vacation, we booked United nonstop flights on the outbound for around 9,000 Chase Ultimate Rewards points each via our Chase Sapphire Reserve, and then spent $164 for the base fare on the return flights via Frontier since that date was a kids fly free day.

You knew there had to be a catch, right? I don't actually think this is truly a catch, but it is something to factor in when comparing the all-in ticket prices. The free kid tickets (and they really are free -- you don't even pay taxes), don't come with free bags, seat assignments or anything of that nature. If you don't care where you sit and can pack in just a free personal item (like a small backpack), then that's great. But, if you need to ensure you sit with your kids and want to bring a full-sized carry-on bag, then be prepared to pay those fees on all of the tickets. The best deal for seats and bags is often a works bundle, but you can purchase items a la carte starting at about $15 per seat and $35 per bag per direction of travel.

Here's a final thought (for now) on Frontier's Discount Den -- it makes Frontier's periodic already insane deals completely ridiculous. Being able to get one ticket to fly on an airplane at hundreds of miles per hour through the sky for $26 is a little bananas, but if you have a Discount Den membership, then your kid can come with you for that same low price. At that rate, throwing some clothes in a backpack for a one- or two-night getaway isn't all that crazy. Heck, a tank of gas can easily cost more than that.

I don't look forward to our flights on Frontier. They are not luxurious, there's no Wi-Fi, no built-in screens, no frills, no lounges, no first class, etc. However, when the focus of the trip is on the destination instead of the mode of transportation, that stuff doesn't matter as much, especially on shorter flights. Even if we don't fly Frontier again for the rest of the year, we've already saved money by paying $60 for an annual membership that opened access to the kid's fly free promotion. However, I sincerely hope we are able to use the free kids promotion a few more times to create our own travel deals to family-friendly destinations including Denver, Jackson Hole, Orange County, San Diego and, of course, Orlando.

Have you tried out Frontier's Discount Den and Kid's Fly Free offer? If not, what's holding you back?