How to take professional photos without spending a fortune 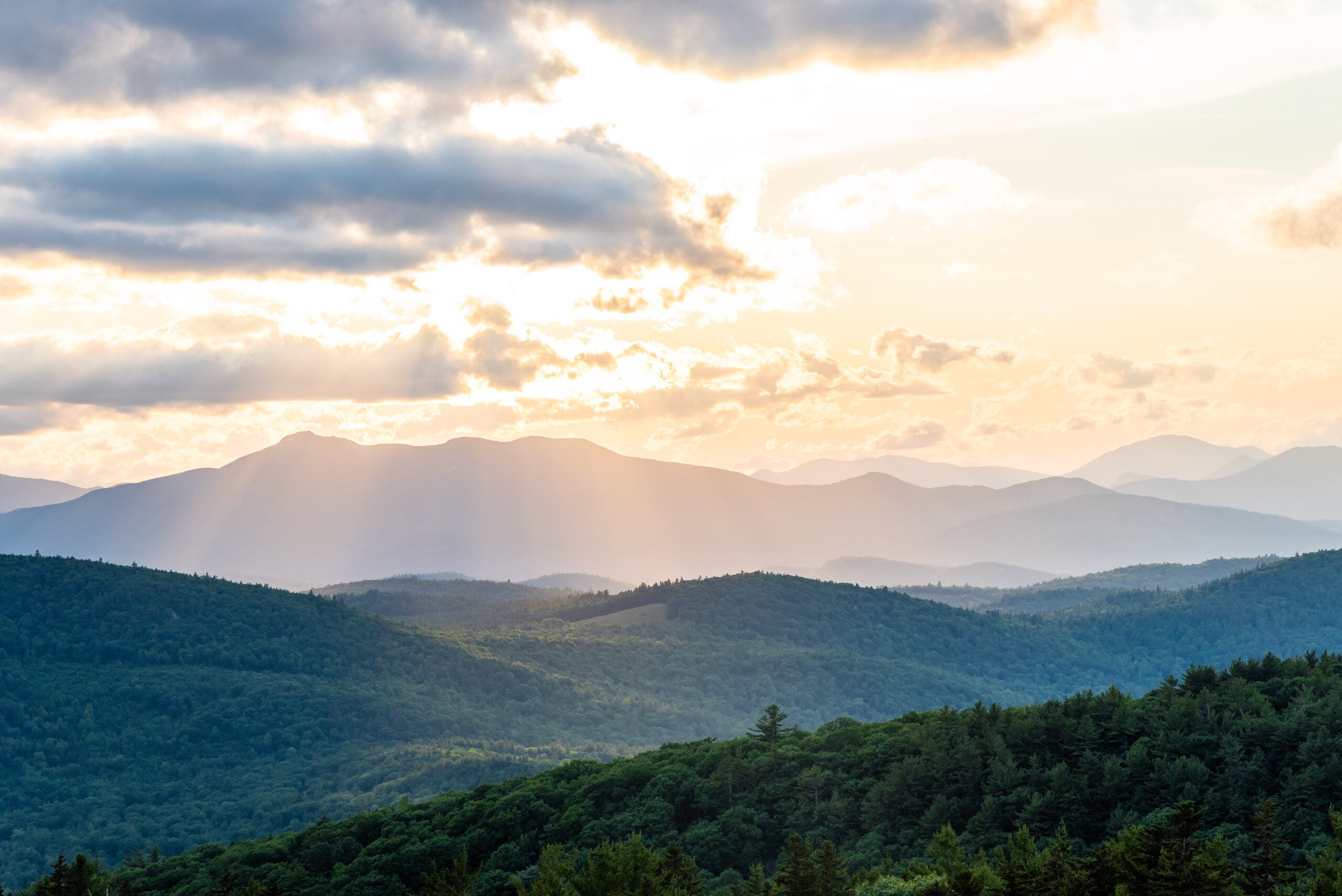 My first camera was an entry-level Nikon digital SLR I found on Craigslist for $300. At the time, I had never owned a simple point-and-shoot camera and my flip phone didn’t even have a built-in camera. But I was on my way to see a friend in Maui, and I thought, "If there was ever a time to learn how to use a camera, this was it."

I picked the camera up on the way to the airport and spent the entire flight reading the instruction manual. I was searching not only for the basic controls, but the fundamental theory behind photography — how the shutter speed, aperture and ISO all work in harmony to create the perfect photo.

I spent the trip experimenting, returning home with thousands of photos to sift through. Luckily, Maui is stunning; otherwise, the photos I shot were underwhelming at best.

One day, I decided, I'd get the photography thing figured out. I'd purchase state-of-the-art gear and then get my work published.

Little did I know, photos taken with that $300 camera would one day be published by some of the most prestigious travel and adventure brands. Spending excessive amounts of money on camera gear wasn’t nearly as important as learning the art of photography.

For travelers who want to step up their photography game without dropping thousands of dollars, here are a few things I wish I had known during that trip to Maui.

While you don’t need to break the bank on a semiprofessional or professional digital single-lens reflex (DSLR) camera, you should purchase an entry-level crop sensor DSLR.

DSLR cameras come with both crop and full-frame sensors, with crop sensors tending to be on the cheaper side and more “amateur” friendly. As the name suggests, the only difference is the size of the sensor in the camera.

As your skills progress, full-frame sensors become more attractive due to their low-light capabilities, ability to control the blur of the background (also known as “bokeh”) and flexibility while editing the photos.

But with these advantages come a significantly higher price tag, not only for the camera body but also for the full-frame specific lenses. In recent years, mirrorless cameras have begun to dominate the market due to their image and video quality, weight and autofocus capabilities, but they can also be quite expensive.

In order to get the proper exposure, or brightness, when shooting, the shutter speed, aperture and ISO must all work together and be balanced.

While it sounds simple enough, the trick is keeping the shutter speed fast enough to freeze motion while also setting it slow enough so you don't come back with a bunch of dark, underexposed photos when you get home.

Typically around 1/200 to 1/1000 of a second is going to work for midday exposures. Unless you’re using a tripod to hold the camera still and shooting a subject that isn’t moving, shutter speeds slower than 1/200 can sometimes produce blurry photos — unless you and your subject are really good at staying still.

If shooting a fast-moving subject, like a bird or a person riding a bike, push the shutter even faster to make sure the photos are crisp.

Sometimes, you may need a fast shutter speed to freeze action but might not have enough light to get the proper exposure. Adjusting the aperture, which is the size of the hole that lets light into the lens, can help correct this. A larger aperture, or f-stop, will let more light in (you’ll see a smaller number, such as f2.8, in the viewfinder) while a smaller aperture (for instance, f11) will let less light in.

But aperture controls more than the amount of light let in. It also controls how much of the background is in focus.

A larger aperture, such as f2.8, will blur out everything in the background, making it perfect for shooting portraits or anything where you really want the subject to stand out. As you close the aperture, the background will slowly come into focus. If you’re shooting something far away, or want everything in focus, use an aperture of f11 or smaller.

The third adjustment you can make is the ISO. This basically controls the camera’s sensitivity to light.

If you have the aperture and shutter speed set but the photo is too dark, increasing the ISO will brighten it. But as your ISO increases, the quality of the photo decreases. Crop sensor cameras can’t handle ISO settings as well as full-frame sensor cameras, and will often have too much “noise," or grain, above roughly 800. Always start with an ISO of 100, and if you’re unable to slow the shutter or open the aperture any more, slowly increase it until the photo looks bright enough.

Most cameras have exposure meters in the viewfinder, with a “plus” sign showing overexposure, a negative sign showing underexposure and a zero in the middle, which is a good starting point for every photo.

Rules are meant to be broken. But in order to break them (and know when and how to do so), you must first understand them.

The “rule of thirds” is a classic photography 101 rule that splits every photo into three sections horizontally and vertically. Typically, you want to place your subject in the upper or lower third of the frame, or the left or right third of the frame. Of course, there are plenty of scenarios — a portrait, for instance — where you might want to disregard this rule altogether.

Other creative compositions, like having tree branches out of focus in the foreground to frame your subject, can also take a photo to the next level. Or use lines, like mountain ridges or even yellow lines painted on a road, to help draw the viewer's eyes toward the subject.

Use light to your advantage

I often have real estate clients say, “Let’s do our shoot at noon when the lighting is best.”

While this works well enough for real estate photography, not many cover shots happen during midday light.

On the other hand, it’s almost impossible (well, more difficult) to take a bad photo from sunrise to about an hour after, or an hour before sunset through sunset. When possible, get out for sunrise and sunset to shoot, but have an idea of what you’d like to do ahead of time. Often, the light only hits perfectly for a few minutes, and if you’re spending that time trying to figure out what you even want to shoot, you’re going to miss it.

While every camera is different, they do share a lot of similarities. Most have different settings, like manual mode, where the user controls everything themselves, or aperture priority mode, where the main focus is choosing the aperture, and the camera automatically adjusts the ISO and shutter speed to get a perfect exposure.

Shutter priority mode can be helpful when you want to have control over the shutter speed and don’t care as much about the aperture.

Autofocus modes can also be complicated, with settings from full auto to “continuous,” where the camera automatically detects a moving subject to “single point,” where the user chooses the focus point.

Reading the camera’s manual ahead of time will help you understand these different settings and have an idea of what you want to use (and what buttons to press to get there) for each specific shoot.

Related: How to take better photos when traveling

Learn to use post-processing software

Love it or hate it, editing photos is just as important as shooting them. Of course, you want the photos to be as close to perfect as possible straight out of the camera, but even perfect photos can use basic lens correction adjustments, color adjustments, sharpening and so on.

Shooting photos in RAW (you’ll read about that in your manual!) rather than JPG will allow for more flexibility when editing. This file type can be altered more without compromising the quality of the photo.

Adobe’s Lightroom is the industry standard for basic editing software, although there are plenty of other programs out there to try. Watching tutorials on YouTube is one of the best ways I’ve found to learn how to edit photos, and put the finishing touches on them before showing them to the world.

Featured image by Photo by Josh Laskin.
Editorial disclaimer: Opinions expressed here are the author’s alone, not those of any bank, credit card issuer, airline or hotel chain, and have not been reviewed, approved or otherwise endorsed by any of these entities.