Articles
Clint Henderson is the managing editor for news at TPG. He worked in TV news for 20 years, including stints at ABC, MSNBC and Fox, before landing his dream job. Send tips to Clint.Henderson@thepointsguy.com.
Follow
Jan. 25, 2021
•
8 min read 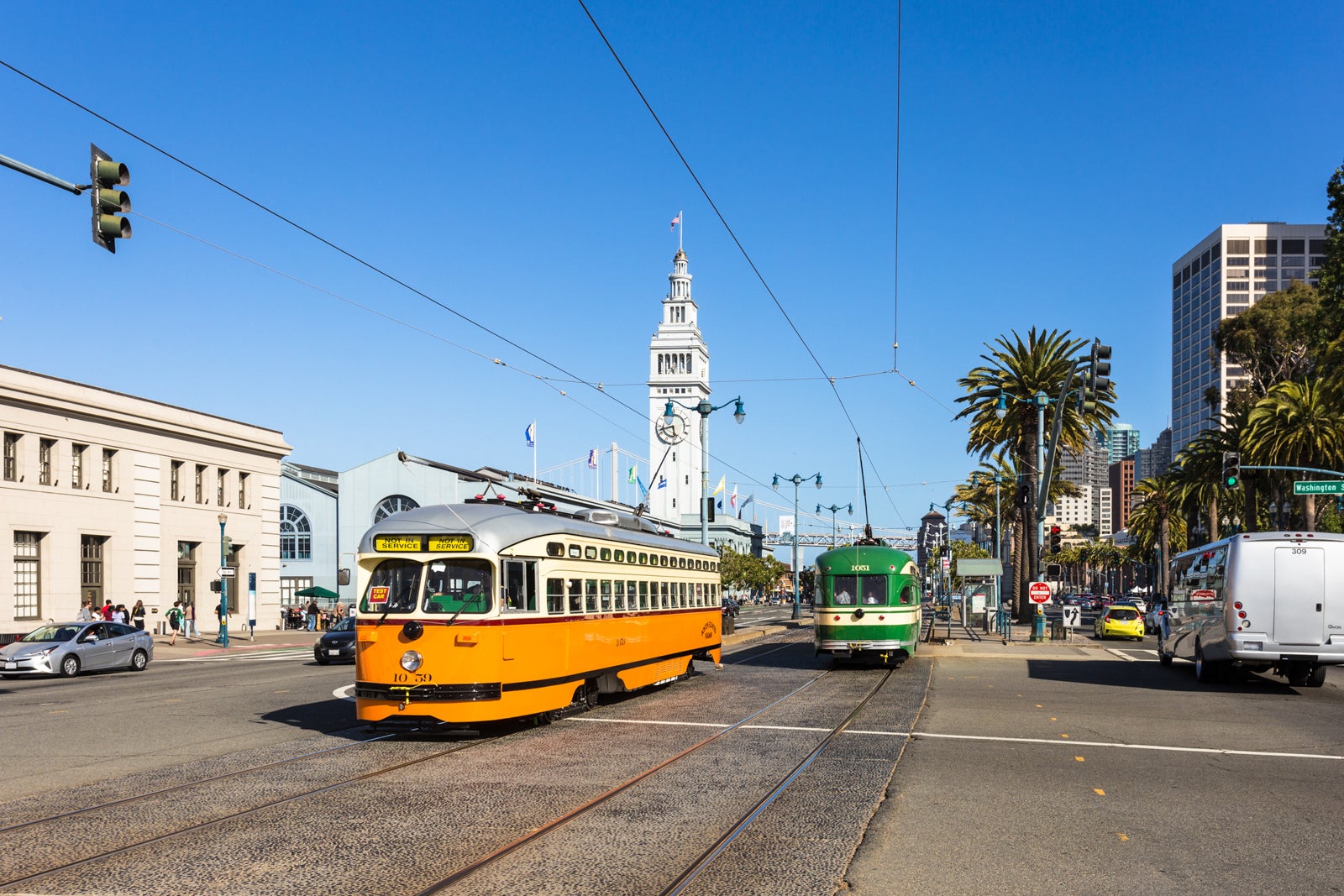 Editor's note: This post was updated with new lockdown measures on Jan. 25, 2021.

California is lifting its mandatory state-wide stay-at-home order, although many parts of the state haven't yet lifted strict coronavirus control measures. Several counties will keep mandatory quarantines in place and are still dissuading tourism.

It comes as the number of infections and hospitalizations are finally declining in the state, and as much of the state has seen improved ICU capacity and as vaccinations have begun rolling out.

In fact, some counties are announcing softening of stay-at-home orders, including San Francisco.

Mayor London Breed on Twitter said, “We will be moving forward with some limited re-openings, including outdoor dining and personal services."

California has been dealing with a major resurgence of coronavirus cases that overwhelmed its emergency rooms. California Governor Gavin Newsom issued an authorization back in December for local governments to issue stay-at-home orders that match the strictest shutdowns back in March.

Bay Area health officials fully implemented the state's new stay-home order which virtually shut down much of the Bay Area. Now, some Bay Area restaurants will reopen for outdoor dining and even some parks and zoos will reopen (outside only). Hotels are able to accept guests again as well.

Los Angeles, where the outbreak is particularly bad, is now also dealing with a faster-spreading variant first discovered in the U.K. Another variant first found in Denmark may also be spreading in Southern and Northern California.

Some counties have gone so far as to require quarantines for anyone coming from more than 150 miles away. Here's everything you need to know.

California is imposing stay-at-home orders on a region-by-region basis depending on the stresses on local ICU beds.

If 85% of intensive care beds in a region's hospitals are full, the orders go into effect.

California is divided into five regions:

The restrictions prohibit all private gatherings of any size and close everything down except for critical infrastructure and retail.

The counties of the Bay Area went ahead and preemptively imposed the new restrictions.

Now those are slowly being lifted.

In a public health order back in December, the counties said, "Rather than waiting until Intensive Care Unit (ICU) bed availability reaches critical levels and delaying closures that are inevitable, the Health Officers for the Counties of Alameda, Contra Costa, Marin, San Francisco, and Santa Clara as well as the City of Berkeley are jointly announcing that they will implement the State’s Regional Stay Home Order now."

Tim Jue is a San Francisco-based reporter covering airlines and travel. He told TPG, "These new stay-at-home orders for California were to be expected, I’m afraid. All the numbers were climbing in the wrong direction. The state is dissuading not just interstate travel, but intrastate trips as well. Governor Newsom is asking people to stay within their own counties as much as possible with these new orders."

JohnnyJet founder and editor-in-chief John E. DiScala told TPG, "For most responsible Californians it’s not going to affect us that much because we’ve been living this way for the last nine months. We see the hospitalization numbers rising and it’s scary. People just need to sit tight for a few months until this nightmare is over. The good news is there’s light at the end of the tunnel we just need to make it through."

Do note that most of the state of California has an ordered curfew between 10 p.m. and 5 a.m.

California, Oregon and Washington issued new travel advisories Friday, Nov. 13 asking all out-of-state visitors and residents returning home to self-quarantine for 14 days beginning immediately. There is no enforcement mechanism in place for most counties.

Henry Harteveldt, president at Atmosphere Research Group, told TPG back in November, “I would have preferred to see the governors offer travelers the option to quarantine for a few days after returning from their trips and taking an at-home COVID test. Those who test negative would be exempt from further quarantine, those who test positive would need to stay home for the remainder of their 14-day quarantine.”

The entire state of California is under a requested two-week quarantine for anyone arriving from out-of-state (including residents), but it is not required and not being enforced. Santa Clara County is one of the exceptions. The county is requiring quarantine for anyone coming from more than 150 miles away. See below for more details.

Jue told TPG, "The state stopped short of handing down a mandatory travel quarantine, but individual California counties are starting to go that route, which they can do."

Related: Are rapid COVID-19 tests the way to get people traveling again?

Santa Clara County was the first to implement new requirements including mandating travelers quarantine for two weeks. That was eventually shortened to 10 days. The county includes San Jose and a big chunk of Silicon Valley.

According to the Santa Clara County health department, the order reads, "all persons traveling into Santa Clara County, whether by air, car, train, or any other means, directly or indirectly from a point of origin greater than 150 miles from the County’s borders must quarantine for at least 10 days after arrival."

The order from the end of November lasts until "it is rescinded."

It does not include those transiting the county or staying overnight. That means passengers transiting from Norman Mineta San Jose International Airport (SJC) should be able to do so without quarantine.

Related: Do you need a negative coronavirus test to fly?

Hotels and other lodging businesses are being told to advise all guests of the new rules. Passengers arriving at SJC are also apparently getting forms outlining the new policies.

Enforcement, however, is another matter. There is little evidence so far of any means of enforcement. In fact, people arriving in the county are not being traced or asked to fill out any forms.

Hotels in the country told me that they are asking guests to "self-police."

Los Angeles is now requiring all arriving passengers via train or plane to fill out paperwork acknowledging the "recommended" two-week quarantine. Travelers will be required to sign a form that they are aware of the self-quarantine request. They are also asked for their contact information for future tracing. Failure to do so may result in a fine of up to $500.

There is signage at both Los Angeles International Airport (LAX) and Van Nuys Airport (VNY). The form is now available at travel.lacity.org or by scanning the QR code posted at airports or train stations.

Los Angeles has also imposed a "safer-at-home" order which means residents should not leave for any non-essential business. All non-essential travel is also banned. The Los Angeles Times reports the order prohibits hotels and other lodging companies from offering rooms to people visiting for tourism and leisure, although it's unclear that is being enforced.

San Francisco is beginning to lift its strong stay-at-home order, but it will be baby steps. It is also asking anyone coming from more than 150 miles away to quarantine.

"The California Public Health Travel Advisory instructs persons arriving in California from other states or countries, including returning California residents, to self-quarantine for 10 days after arrival."

San Francisco Mayor London Breed ordered indoor dining, gyms and places of worship to close, but those restrictions could be lifted soon.

A stay-at-home order was lifted for the Sacramento region on Jan. 12. Outdoor dining is again allowed and restaurants in the capital's downtown area have already reopened their curbside or sidewalk dining.

California is being very serious about combatting the worst surge yet in the battle against coronavirus. The state is finally beginning to ease a full lockdown in most counties including lifting shelter-in-place orders as ICU beds begin to open up again. Santa Clara County and most other Bay Area countries are requiring a ten-day quarantine for travelers.The slow relaxation of strict stay-at-home orders is good news in the battle against COVID-19.

For all things California, take a look at our Golden State hub.