Articles
Nick Ewen is a director of content at TPG and was one of the site's first contributors in 2012. He’s visited 52 countries (and counting) and has taken his 7-year-old daughter to 24 of them.
Follow
August 18 2018
•
13 min read 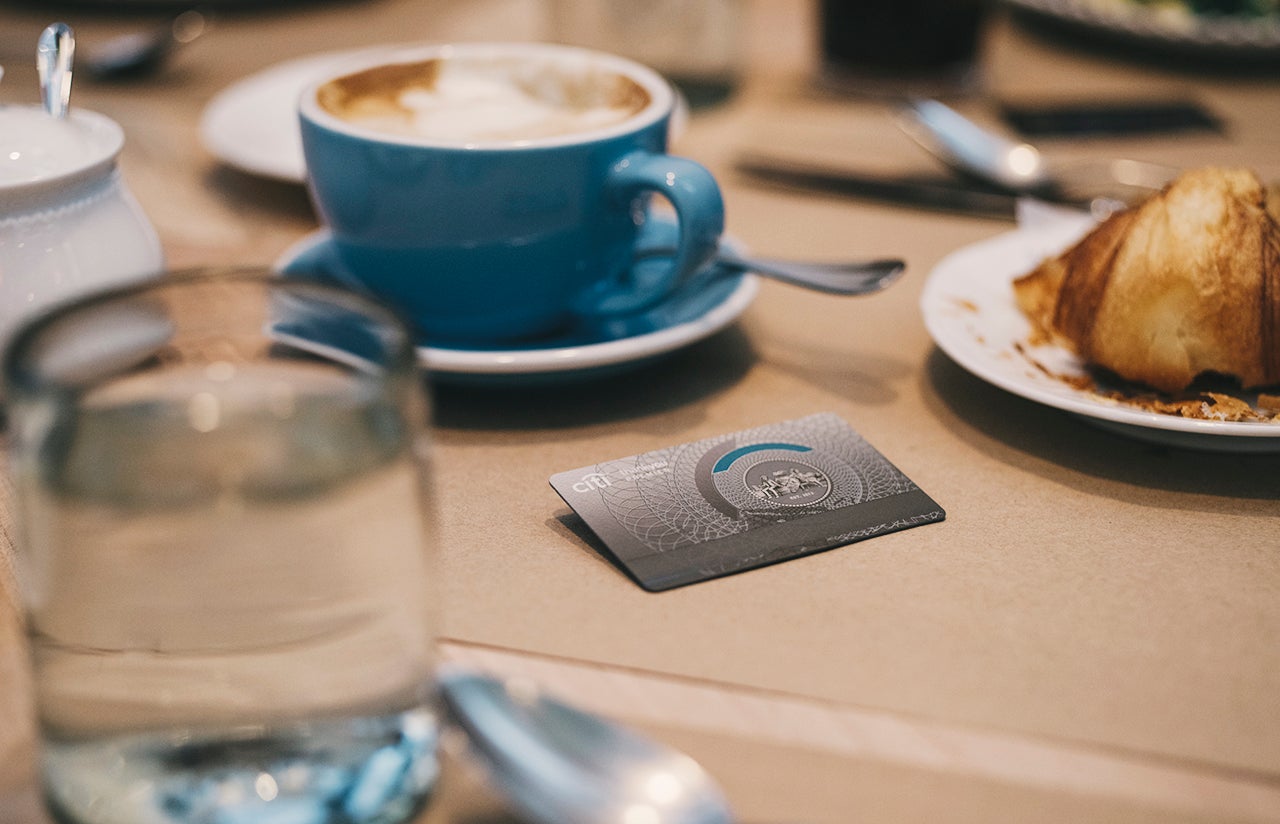 There are many ways to make the most out of travel rewards credit cards in your wallet, and one of my favorite strategies is to leverage transferable point programs. While most of these currencies allow you to book travel directly, you can get significantly more value by transferring them to partner programs, especially if you're looking to fly premium classes. However, what are the best ways to actually do this?

One popular product that falls into this category is the Citi Premier® Card, a card that recently upped its sign-up bonus to a best-ever 60,000 points after spending $4,000 on the card in the first three months. It also awards you 3x points on all travel purchases (including gas) and 2x points on dining out and entertainment, making it a lucrative option for both the initial haul of points and ongoing earning purposes. Given this newly enhanced bonus, today I want to go through my favorite ways to use 60,000 ThankYou points.

Before getting into that, however, a quick review of the transfer partners available through the ThankYou Rewards program (all have 1:1 transfer ratios, except where noted):

If you're questioning the value of some of these partners, you're not alone, as a handful provide very few (if any) useful redemptions. However, there are quite a few values to be had, so let's take a look at some of the best ways to utilize these 60,000 points you'll earn from the Citi Premier® Card:

As of June 1, 2018, the loyalty program of Air France and KLM (Flying Blue) instituted a dynamic pricing model for award tickets. Rather than publishing a fixed award chart, the carrier now allows you to estimate the "starting price in miles" for your flights. This has created some illogical awards (to put it mildly), but if you have some flexibility with your dates, the program can still offer some terrific value when it comes to business-class flights to and from Europe.

Here are some examples of the cheapest one-way flight prices I could find from major US gateways to different European airports based on a search at the time of writing:

While that last one doesn't exactly fit in the 60,000-point framework I'm using, remember that you'll earn at least 4,000 additional ThankYou points via the $4,000 you need to spend to earn the sign-up bonus. Plus, you may even be able to score better deals by using the program's rotating promo awards, though the majority of these are often for economy.

Keep in mind too that Flying Blue's sense of geography wasn't terrific when it had award charts, and some of the same logic (or lack thereof) comes into play here. For example, you can fly nonstop from San Francisco (SFO) to Paris (CDG) for 71,000 miles. However, taking that exact same flight and adding a connect to Tel Aviv (TLV) drops the price to 53,000 miles. Makes total sense, right?

2. One-Way Business-Class Flight From the US to Asia on American

Another valuable transfer partner of the Citi ThankYou Rewards program is Etihad Guest. While the actually booking process of these awards can try even the most patient traveler, the program did make some positive improvements to this in early 2018 and there are still some terrific redemption options. One of which utilizes carrier's partnership with American Airlines. When American raised the costs of premium-class award tickets back in March 2016, Etihad Guest did not. As a result, it's possible to use Etihad Guest miles for American award flights based on the old rates, and this can add up to a decent chunk of savings.

For example, if you were to book a one-way business-class award flight on American to Asia using the AAdvantage program, you'd pay either 60,000 miles (to Japan or South Korea) or 70,000 miles (to China or Hong Kong). However, the exact same flights booked through Etihad Guest would set you back just 50,000 or 60,000 miles, respectively. While availability on these routes isn't fantastic, American award space does appear on ExpertFlyer, allowing you to set alerts for your desired flights and dates. There are many other regions that offer savings by booking through Etihad Guest as well, so be sure to check out the full award chart for the complete details.

The next redemption may seem very specific, but stay with me. Generally speaking flights from the US to Canada aren't any cause for excitement, but there's one very important exception to this rule: Cathay Pacific's daily flight from New York (JFK) to Vancouver (YVR). The flight is operated by the carrier's 777-300ER and continues on to Hong Kong (HKG), but the leg between New York and Vancouver operates as a fifth freedom route and thus has drop-off and pick-up rights in Canada. As a result, you can fly in Cathay's fantastic long-haul business class flight for over 6 hours in each direction, a much better option than any other airline on this route.

To book this flight using the ThankYou Rewards program, you'd transfer your points to Asia Miles. This particular program is a bit convoluted, but there are some great ways to use Asia Miles, and this is one of them. Since the flight clocks in at just under 2,500 miles in distance (one-way), it falls into the program's "Short" classification and thus will set you back just 25,000 miles each way. If you transfer your points to book a round-trip ticket on this route, you'd spend 50,000 miles and still have 10,000 ThankYou points to use on a future redemption. That's a terrific deal for one of the best business-class products in the sky.

If you're looking to focus your redemptions domestically, the ThankYou Rewards programs offers some terrific value with Avianca's LifeMiles program. There are a number of hidden gems in the award chart, but one of the most intriguing (and potentially lucrative) options is booking short-haul-ish domestic United flights. This can get a bit confusing, as the term "short-haul" typically refers to relatively small distances. With LifeMiles, however, nothing is that simple.

The program divides the US into three different groups as follows:

(Note that LifeMiles' Star Alliance award chart doesn't include West Virginia or Washington state, but I've slotted them where they fit based on searches I've run.)

The nice thing about these definitions is that each region is home to at least two United hubs: Newark (EWR) and Washington-Dulles (IAD) both fall in United States 1, Chicago-O'Hare (ORD) and Houston (IAH) are both included in United States 2, and Denver (DEN), Los Angeles (LAX) and San Francisco (SFO) all appear in United States 3. And as you can see, you can wind up getting some long flights for a comparatively small number of miles.

As an example, I did a quick search from my home airport of West Palm Beach (PBI) to United's hub at Chicago O'Hare (ORD), since Florida and Illinois both fall into the "United States 2" grouping. Even though this 3+ hour trip probably wouldn't fit anyone's definition of a "short-haul" flight, it nevertheless prices at this low rate. Here are the options for a week-long trip in September:

Transferring your ThankYou points to Avianca in this case gets you a value of 1.97 cents per point, and with a 60,000-point sign-up bonus, you can get four of these tickets.

It's also worth noting that the entire itinerary doesn't need to stay inside the applicable group to price at this amount. For the above itinerary, I noticed flights connecting in Newark (EWR), so you should have some added flexibility with this award option.

Another terrific transfer partner in the ThankYou Rewards program is Virgin Atlantic. Richard Kerr has documented many ways to get some incredible value by booking partner awards through the carrier's Flying Club program, as it avoids the horrendous fuel surcharges tacked on to its own award flights, and one of my personal favorites is Delta. There's a separate award chart for flights on Delta metal, and it can offer some mind-boggling savings when compared to booking the same flights through the SkyMiles program.

As an example, here's a one-way flight in Delta One from Seattle (SEA) to Tokyo (NRT) for the Friday before Thanksgiving:

You're not misreading that. You are paying five times more for the flight by redeeming SkyMiles as opposed to Flying Club miles. You're getting over 11 hours of luxurious travel across the Pacific for a single sign-up bonus.

6. Combine Your Points With Others

Of course, there are some stipulations with this option, including a limit on the number of points you can transfer each year (100,000) as well as a timeline on how long you have to redeem transferred points (90 days). Nevertheless, it's by far the easiest program to pool your points from various loved ones' accounts and work towards meaningful redemptions.

For complete details on how to do this, check out my guide on how to transfer ThankYou points between accounts.

The final method for redeeming 60,000 ThankYou points isn't as "glamorous" or as potentially lucrative as the above options, but it's nonetheless worth mentioning. When you have the Citi Premier or the Citi Prestige, you can redeem your points directly for flights through the ThankYou travel center at a rate of 1.25 cents per point. Your 60,000 points are thus worth $750 toward airfare booked in this fashion.

Why would I recommend this when other options result in much more valuable redemptions? Well, it's important to remember that redeeming points directly for travel typically results in those flights being categorized as a normal revenue ticket. This means that you'll earn miles that can be redeemed for future flights along with credit toward elite status qualification. If it's looking like you'll come up just short of reaching that next tier of status by the end of the year, now's a great time to add the Citi Premier to your wallet, as you can pick up an easy 60,000 points that can get you $750 worth of paid flights to push you over that threshold.

Transferable point currencies can be incredibly valuable thanks to their inherent flexibility. You can wait to transfer to partners until you're ready to book or even have the option to redeem directly for travel on virtually any airline. While we don't peg Citi ThankYou points as being as valuable as others in this category, there are nevertheless some terrific ways to redeem them for solid value. With the Citi Premier® Card offering its highest-ever sign-up bonus of 60,000 points, now's a great time to add a new card to your wallet and start planning your next trip!