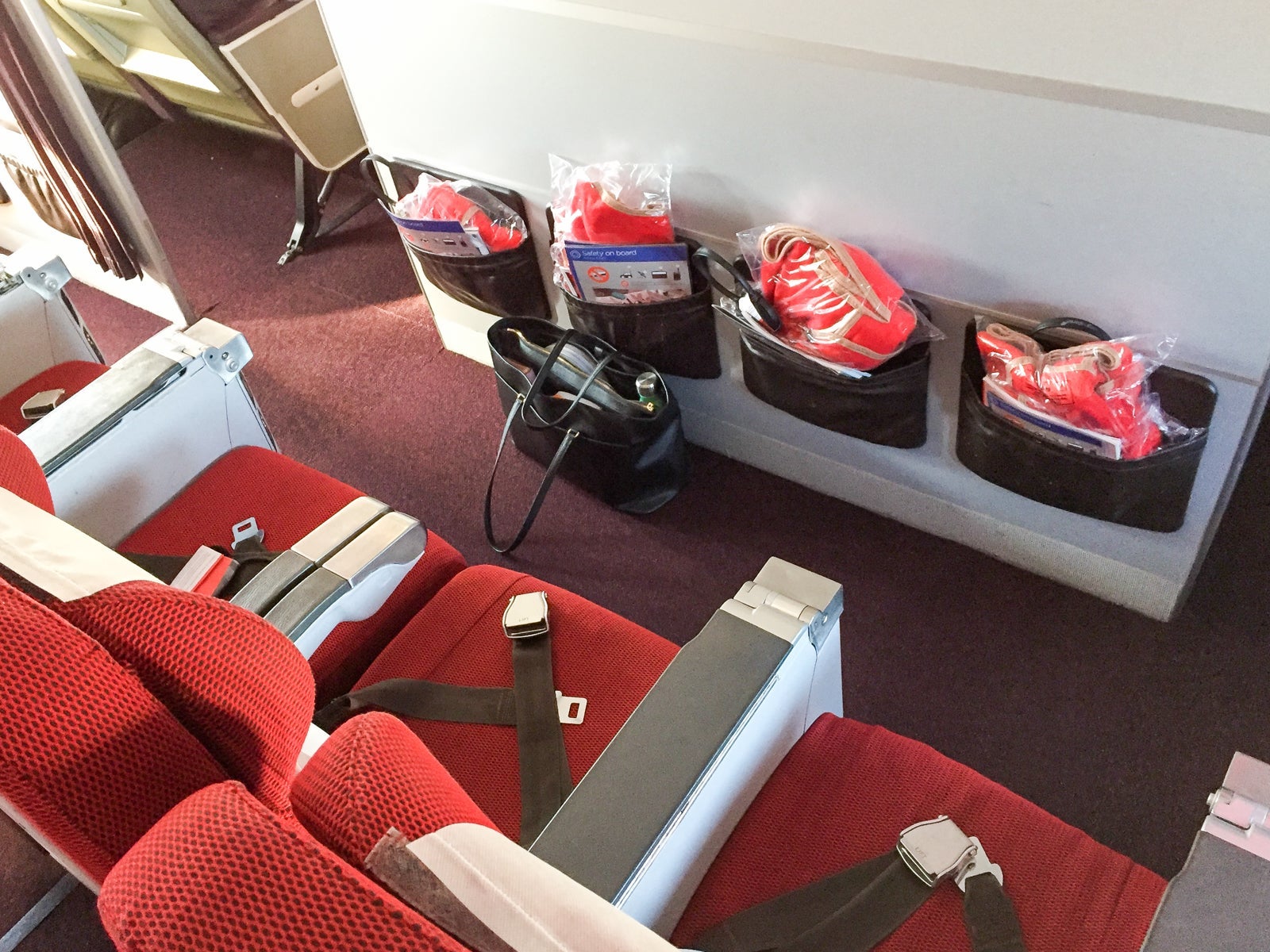 Flying in economy doesn't have to be a dreadful experience. But part of making it more manageable is by making sure you're sat in the best seat in the cabin. And if you're flying with Virgin Atlantic, there are some clear winners.

To make things complicated, Virgin has three fare types in economy. Of the three types, Economy Delight is the most expensive (starting at around $226 more than a regular Economy Light fare), and it's the only fare that includes any extra legroom seats. So, to make it fair, we'll focus on the best seats for Economy Light and Classic passengers, as this is the most common.

To learn more about booking a flight using miles through Virgin's Flying Club, you can read our guide here.

Virgin doesn't operate any routes long enough to warrant an all premium cabin aircraft like Singapore Airlines' A350-900ULR. Each of its aircraft has an economy cabin with anywhere from 185 to 375 seats.

Top picks: Without a doubt, the best economy seats of all of Virgin's aircraft used to be in the bubble of the 747 before she went into early retirement due to the coronavirus pandemic.

Related: These are the last Boeing 747s you can fly in the world

If you're flying Virgin soon, you're more likely to be flying on an A350 or a Dreamliner to or from Heathrow (LHR). Economy cabins vary, and it's hard to say really which is best out of the other jets because there are so many variables and it may fall to personal preference. That said, the general rule is pick the seats in the exit row or the front of the cabin.

Instead of giving our suggestion of the best aircraft for flying economy, we're going to focus on the best seat on each of Virgin's long-haul aircraft instead. All of our top suggestions below are based on a solo traveler.

The economy cabin on the Dreamliner is split into a smaller front cabin and a larger rear cabin of mainly 3-3-3 configuration. While there are some regular seats for passengers with Economy Light and Economy Classic tickets, these are D, F and G in the center of the cabin. However, row 43 at the front row is a bulkhead, but it's also where the bassinet is fitted. If you want to be sure to get as much legroom as possible, you're best off sitting in the larger, main rear cabin in row 53, which is also an exit row. The window seats in this cabin are also behind the wing, meaning your views will be less disrupted than in the forward economy cabin with the Economy Delight seats.

Keep in mind that there is no under-seat storage in this row, and the IFE screen folds up from underneath the seat rather than in front of you. All things considered, this seat is more spacious than the front row of the Economy Delight seats. Rather than paying the excess, it might just be worth paying for an Economy Classic ticket (if you need a bag) or just an Economy Light fare and setting an alert using ExpertFlyer to let you know when seats in row 53 are released. While that's not a fail-safe plan to get extra legroom for cheap, it might just save you $130 or so.

Best economy seats on a Virgin Atlantic Airbus A330-300

At 185 seats, the A330-300 has the fewest seats in economy compared to other Virgin aircraft. The slightly more compact 2-4-2 configuration makes avoiding the middle section of four seats in the middle of the cabin even more important than usual.

Quite the opposite to the Dreamliner, the best regular economy seats on the Airbus A330-300 are actually in the forward, smaller economy cabin as the Economy Delight seats are situated further back. This means a couple of things: Row 40, the front row at the bulkhead, while it features the most legroom, the views from the windows are disrupted by the wings, and the bassinets are situated in this row. However, compared to the other options, this would still be my top pick for economy on the A330-300.

If good views from the window take priority for you, then one of the window seats in the main cabin from row 57 might be better.

Service on this aircraft is likely to start from both the front and back of the cabin, meaning that if you're in the middle of the two cabins then you're likely to have to wait the longest for your food.

Best economy seats on a Virgin Atlantic Airbus A330-200

Economy on this aircraft has a rather unique layout compared to other similar models in the airline's fleet. Its 212 seats are in the same 2-4-2 config as its bigger brother the A330-300, but the Economy Delight seats with larger pitch are in the forward economy cabin, similar to on the Dreamliner. But the A330-200 comes into its own again as the front row of the forward cabin has been left as regular economy seats, meaning that passengers with Economy Light or Classic tickets can still choose to sit in the front row of the cabin.

Related: The evolution of airline seating

The slight non-conformity to this aircraft's layout is because Virgin bought them from the now-defunct Air Berlin.

That said, my top picks for this cabin would be 21A and 21K because they're closest to the front of the cabin, usually meaning quicker service, and they have the most legroom of all the regular economy seats -- the only downside is that the seats are on the wing, meaning that views are less than perfect. Row 36 also has extra legroom, as it's situated in the exit row at the start of the rear economy cabin, so 36A and 36K would be a close second place. The view from the window is an improvement to row 21, but the main downside to these seats is that they are right in the middle of the forward and rear galleys, meaning that passengers in this row are likely to wait the longest to be served food and drinks.

Best economy seats on a Virgin Atlantic Airbus A350-1000

The second-most densely packed economy cabin in Virgin's fleet belongs to the brand new A350-1000 with a total of 235 seats, second only to the jumbo. You can watch our comparison of all three cabins on the Virgin A350 here.

The airline opted for a more compact 3-3-3 configuration. This means that there nine seats per row in comparison to the eight per row on the A330 -300 and -200s, meaning you'll have one extra person to disturb or climb over if you need to leave your window seat.

The good news is that the regular economy seats start right at the front of the economy cabin, with Economy Delight situated further back after the exit row in the middle of the cabin. This means that you can choose to sit in the best seats in the house -- 45A and 45K.

The Upper and Premium cabins on the A350 stretch as far as after the wings, so no matter which economy row you sit in on the A350, the window seats will always have undisrupted views.

Related reading: Crowd pleaser: A review of Virgin Atlantic's A350 in economy from London to New York

Regardless of where you sit, you should have a perfectly comfortable ride onboard Virgin's aircraft. However, you can always make it better. Hopefully, this guide will help you decide, based on your personal preferences, where the best seat for you would be.