Where to find the best shave ice in Hawaii 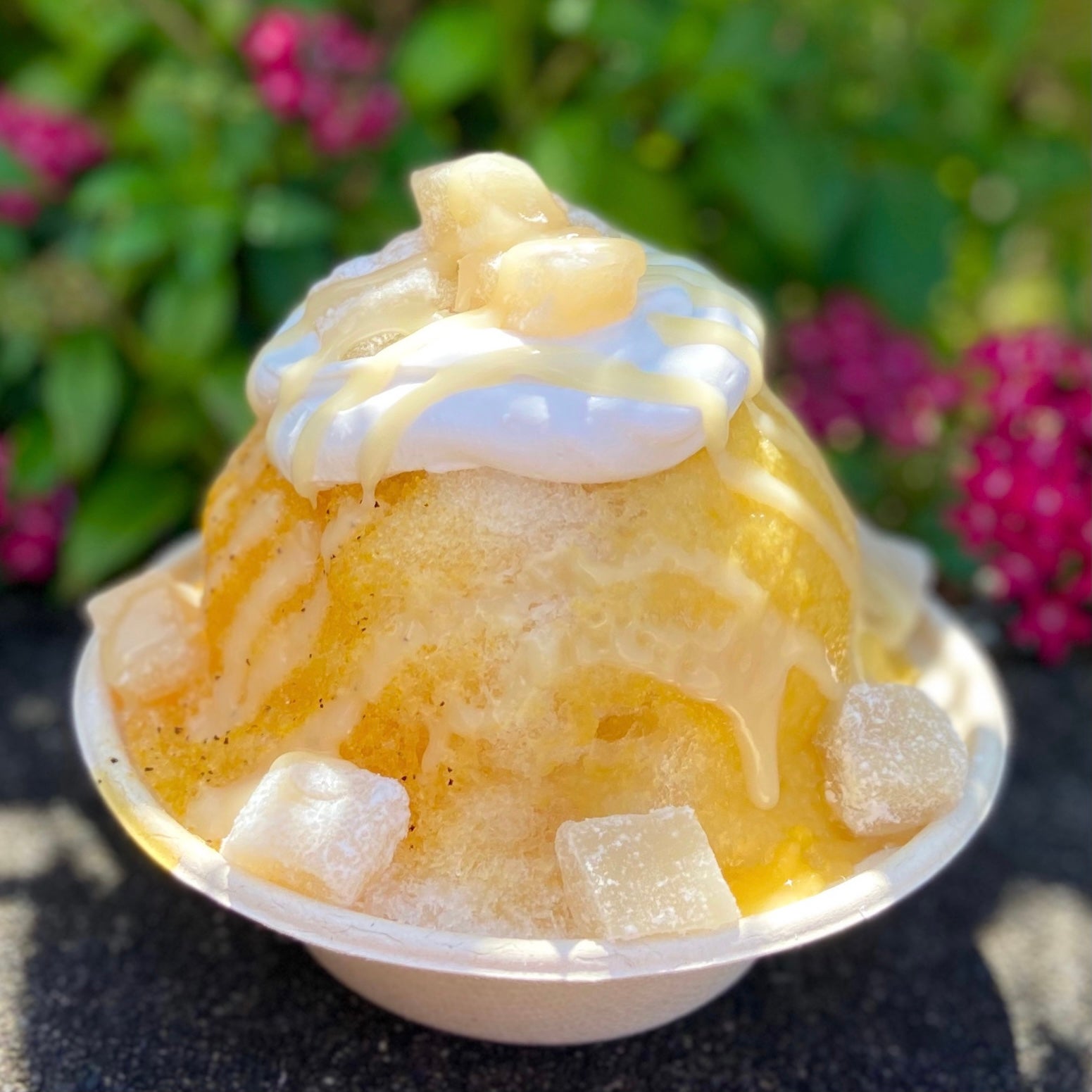 It was like going from a bland white wine to a fine Champagne. The moment I had my first shave ice in Hawaii I realized that the snow cones I’d grown up with were fun enough, but they weren’t even close to what I was now holding in my hands.

Believed to date back to the 10th or 11th century in Japan, where it is known as kakigori, shave ice was introduced to Hawaii in the early 1900s by Japanese plantation workers and can now be found all over the islands in specialty stores and shave ice trucks.

Sign up for the TPG newsletter for more deals, tips, insights and travel news.

While they both use frozen water and syrups, the snow cones I’d had in other parts of the world used crushed or blended ice that can let the flavoring slip through their tiny icy chunks. In Hawaii they use a sharp blade on a spinning block of ice to create fluffy, powdery, shaved snow that soaks up that flavoring and holds it tight.

On return trips I became a woman on a shave (never shaved) ice mission to find the best around, making a trip to Oahu’s North Shore to try Matsumoto Shave Ice a must on my most recent Hawaiian adventure.

Found in the Haleiwa Store Lots, Matsumoto Shave Ice produces more than a thousand shave ice on a sunny day with people lining up out the door to get their hands on their icy treats.

There are more than 40 flavors to choose from, along with an extras list that includes mochi and azuki beans, and after asking a regular for their top tips I settled on a scoop of vanilla ice cream underneath a mound of shave ice covered in liliko’i (passionfruit) syrup topped with a ‘snowcap’ of sweetened condensed milk. And as Ice Ice Baby played over the speakers I watched my new favorite thing being created in front of me.

As soon as I tasted the explosion of delight with my first bite, all the sweeter for the warmth of that North Shore sun on my skin, I knew that every trip to Oahu would now include a pilgrimage to this very spot.

Related: My top 5 things to do in Oahu, Hawaii

When every last bite was gone I headed back into the gift shop side of the store to buy some souvenirs and as I looked at a cartoon of a man on an Aloha Stanley t-shirt I realized that very man has just walked into the store.

Owner Stanley Matsumoto smiled when I introduce myself and shared how far I had come to try his shave ice, then explained that where we’re standing used to be part of his parent’s grocery store.

After taking over the store in 1976 Stanley was approached by a local artist named Scooter who offered to design a t-shirt with a Matsumoto logo. What was originally only made for staff and family became the store’s first souvenir after repeated requests from customers. Now the gift shop is packed with Matsumoto bags, hats, towels, magnets, reusable straw sets, phone cases, face masks and more, and the t-shirt range includes collaborations with Hello Kitty and Hurley.

Stanley said while the rainbow combination of strawberry, lemon and blue pineapple is their most popular “because Hawaii is full of rainbows” next time I should try the peach. “It has little peaches inside. It’s really good.”

While I’ve yet to make my return journey, that peach shave ice is high on the list — along with visits to some of the other great shave ice spots around the islands. Here’s where you can find some of the best.

After starting shave ice life selling their wares from a cart in Mililani near the center of the island, the Shimazu team moved into Honolulu where they’ve been winning over locals and tourists since 2006. Expect mega mounds of fluffy ice and more than 70 handcrafted syrups including pickled mango, gummy bear and Key lime pie.

Related: A Time Warp Where SPG Still Exists: A Review of the Westin Moana Surfrider in Honolulu, Hawaii

At the House of Pure Aloha (HOPA), Uncle Clay has served more than 100,000 people in the past 25 or so years with his all natural shave ice creations. Uncle Clay has a strict no artificial flavors, sweeteners or colors rule with homemade syrups made from fresh fruit and purees and cane sugar, and visitors are invited to take the Pure Aloha Oath to help ‘bring love into the hearts of others and make our world a better place.’

When you need a shave ice fix in Waikiki, Island Vintage has you covered with super fine ice shavings and fresh fruit toppings and syrups. The lines can get crazy long here so try to avoid peak times or take comfort from knowing it’s going to be worth the wait.

In Hilo, you can tell you’re talking to a local when they say ice shave rather than shave ice, and at the Hilo Farmers Market you’ll find my big island go-to at the Kula Shave Ice stand. Here they freeze hundreds of buckets of filtered water to guarantee the quality of their ice, and make their own hand-crafted syrups with organic cane sugar and organically grown and locally sourced fruit including soursop, guava, mango and pineapple.

The Original Big Island Shave Ice started as a small truck in Kawaihae back in 1957 where Lorraine Kaono sold her homemade syrups over ice. These days you can still try her original recipes, along with some more recent additions to the line up in her son Reggie’s store in the Waikoloa Village in Hilo, including their unusual halohalo with sweet potato, cantaloupe, ube ice cream and fruit jellies.

On the western side of the island, just a stroll away from the Hulihe’e Palace and Mokuaikaua Church, the Scandinavian Shave Ice team have been serving up sweet fluffy ice for more than 20 years. Flavors include bright blue and pink bubblegum, red velvet cake and margarita, or if you’re after something a bit more natural Scandi’s also has some fruit based and sugar free options.

Related: What it’s like flying between the Hawaiian Islands right now

Since opening their first brick and mortar operation in Lahaina in 2008, Ululani's Hawaiian Shave Ice has been such a hit they’ve grown to have six stores in Maui plus a franchise in Kona over on the Big Island. Choose from over 55 flavors and a range of add-ons including vegan haupia cream and li hing mui powder, or opt for one of their Maui inspired combos including the Haleakala with leche, coconut and a snow cap.

For Paul Davies, his first visit to Matsumoto Shave Ice wasn’t just a taste sensation, it was the start of a new business idea. After moving to Maui, Paul decided to bring some of that ice magic to his new home island and now has two Surfing Monkey Shave Ice stores in Kihei and Wailea where you can try his all-natural toppings including a 100% Kona coffee flavor.

Ever wished you could control those shave ice syrup pours? Well at the Island Cream Co. you can do just that. Be your own mad flavor combo scientist with their Glacier Ice system where you have 36 flavors to choose from, with more than 150 options appearing over different days.

This summer has seen the family behind Kauai’s super cute silver shave ice trailer open their first storefront in Koloa where they’ll continue to use hand-cranked machines to make their signature ice. At The Fresh Shave you can take happy snaps with your paper mustache straws before tucking into an icy treat covered with syrups made from organic fruits grown right there on the island.

In Kapa‘a Town, Wailua Shave Ice puts a gourmet twist on this classic island treat. Co-owner Brandon Baptiste attended the Culinary Institute of America before working for Thomas Keller at Per Se in New York and the French Laundry in California, and now shares his skills through the creation of house-made sauces and foams. And if you can’t make it to Kauai right now, they also have stores in downtown Portland and San Diego.