The best seats on a British Airways Boeing 747

Articles
Christian Kramer is the General Manager for The Points Guy UK, based in London. Having lived in different countries and with a previous career in financial services, he is an Avios, Oneworld Alliance and general aviation travel expert.
Follow
Feb. 13, 2020
•
10 min read 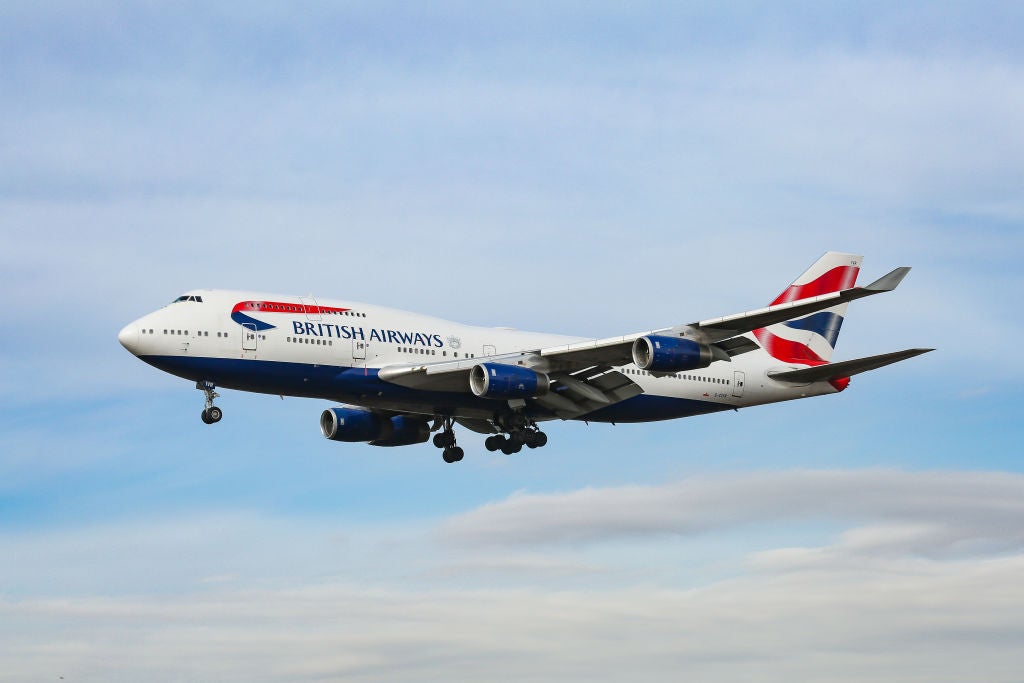 Not all aircraft seats are created equal — and that's why it is important to know where to sit in order to have the best possible flight. Even if you're seated at the front of the aircraft, some seats are better than others.

We've done the homework for you and in a new series, we're looking at where to sit on the various British Airways aircraft.

The two versions of the British Airways 747-400

British Airways is phasing out its Boeing 747-400 by 2024, but it currently still operates 32 of the Queen of the Skies in two different layouts. Among crew or BA insiders, these are known as the 'high-J' and 'mid-J' configurations. The J stands for business class, thus indicating whether the aircraft has a large business class cabin with 86 seats or a smaller one with 52 seats.

The 15 mid-J versions of the 747 have a unique characteristic in that the World Traveller Plus cabin is between First and Club World. At some point, BA decided that was the most efficient use allowing for as dense a configuration as possible, but it's neither popular with crew nor passengers. Plus, there are more mid-J versions that still have very old in-flight entertainment systems, whilst the high-J versions have pretty modern IFE, which feature larger screens that are much more responsive than the old versions.

So as a rule of thumb, if possible, a high-J version of the Boeing 747-400 is preferable over a mid-J version. Though not as a black and white as that, the mid-Js are more likely to be found on routes served from Heathrow Terminal 3 than from Terminal 5.

Looking at the seatmap on ba.com will help trying to work out which aircraft you are on. Alternatively, ExperFlyer, which is owned by TPG's parent company Red Ventures, is a great tool that both allows viewing of seat maps as well as the setting of seat alerts to ensure you end up with the best seat.

Best seats in first class on a British Airways Boeing 747

First class is the pinnacle of travel. And whilst there are many who say that BA has fallen behind with its first-class offering, it's a great way to travel, and there's no more special place on any aircraft in any class than being in the nose of the Queen of the Skies.

The first-class cabin on a British Airways 747 isn't the best the airline flies — the 787-9 has a better seat and the A380 has much more space. But, the position of the cabin in the nose makes it special and my favorite nonetheless. When sitting in seats 1A and 1K, one can almost look forward due to the curvature of the cabin. Those seats are reserved for British Airways Executive Club Gold Card Holders, but might become available closer to departure if no one else has taken them.

The cabin features 14 seats and is more densely configured than any other BA first-class cabin. There is no difference between the two versions of the 747. There are 10 window seats and 4 seats in the middle that are best suited for those traveling with companions. Having said that, each seat allows for 'buddy dining', where a companion can sit at the footrest, allowing two passengers to dine or relax together. Shoulder space in the companion seat is tight, so it's not the most comfortable experience, but fun nonetheless. I am not a fan of the middle seats as they give a feeling of sitting in the aisle, so even when traveling with a companion, I'd probably pick two window seats.

The layout of Club World is 2-4-2 on most aircraft (2-3-2 on some), and that is generally not a great layout. That means passengers in most window seats need to climb over their neighbors to get out, and by consequence, those in most aisle seats get climbed over.

That's why my general advice is to go for window seats in emergency exit or last rows, as that means being able to get out of seats without climbing over others.

British Airways has one of its Club World cabins on the upper deck of the 747, and the layout upstairs is 2-2 with only 20 passengers. There is also additional space by the windows with bins that allow for the storage of personal items. That in itself means that the upstairs cabin feels much more private and secluded than the 2-4-2 layout downstairs. Add the fact that there is an emergency exit row upstairs, and that means that both rows 62 and 64 have great window seats — both A and K — which give ample of space and as said, the ability to get out of the seat without climbing over others.

Downstairs, the two different versions of the 747 vary. One, as the name high-J indicates, has more business-class seats than the other. Using the above advice, on the mid-J configuration, my recommendation is seat 20A or 20K if you can't get a seat upstairs. On the high-J, there are a few more good seats downstairs, namely 14A, 14K, 20A, 20K, 22A and 22K.

Similarly to Club World, the layout of the premium economy cabin, with British Airways called World Traveller Plus, differs between the two versions. On the mid-J, it is actually between First and Club World, as once upon a time, that allowed for more seats to be squeezed on the plane. In general, I'd always go for bulkhead, front row seats, so my top choice on this version is 12A or 11K. There are actually designated as bassinet seats, so they can't be reserved until roughly 48 hours before the flight. A quick call to BA usually does the trick in getting these seats at that point. Again, setting a seat alert on ExpertFlyer is a good way of knowing when they have been made available.

On the high-J version, the same guidance applies and the seats to go for are 33A and 33K.

Again, the cabin layout varies between the two versions, and my advice of picking font row window seats also applies for those flying in World Traveller, BA's economy product.

For couples or those traveling with others, the last few rows are also attractive as there are only two seats in the window section of rows 51 to 53. Generally speaking, the further back you sit, the noisier the flight is (both from engine noise as well as the galleys and toilet at the back). The back of the plane also gets bumpier during turbulence. Nonetheless, when there are two traveling together, those pair seats are more attractive than two seats in a row of three.

Picking the right seat can significantly improve a flight, hence doing research on where to sit will always pay off. ExperFlyer is a great tool that helps both identify which exact aircraft version you are on as well as which seats are available — and setting alerts for those better seats in case they free up.