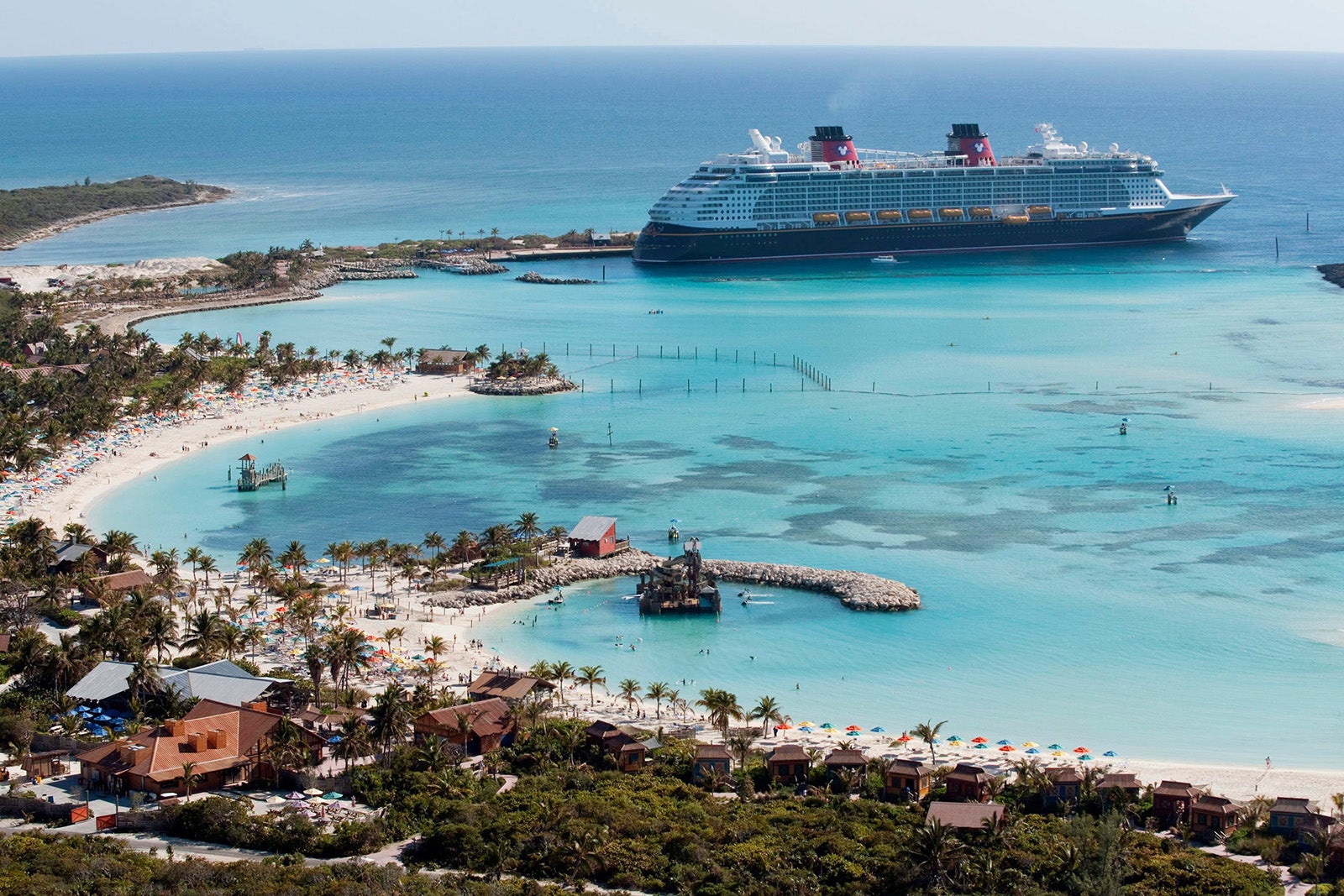 Is a voyage on a Disney Cruise Line ship on your bucket list? You’ll find a growing number of options when it comes time to pick an itinerary.

While the cruising arm of Disney has long focused mostly on voyages to the Caribbean and the Bahamas, with year-round sailings to those destinations out of Florida, it also now offers a relatively wide range of seasonal sailings to Alaska, the Mexican Riviera, Bermuda, Europe and Canada.

The family-friendly cruise brand, notably, is in the midst of expanding its footprint around the world as it adds three new vessels in quick succession.

Already, the first of those ships, the 2,508-passenger Disney Wish, has arrived, boosting the size of the Disney fleet from four ships to five and allowing for more departures to the Caribbean, Mexico and Europe.

Two more sister vessels to Disney Wish are due to begin sailing in 2024 and 2025, respectively, allowing for further expansion in Disney cruise itineraries. That might mean more departures to established destinations, or possibly a venture into new cruise regions. For example, one major cruise destination where we haven't seen a Disney ship so far is Asia. That could change in the coming years as the line adds its next two vessels.

For more cruise guides, news and tips, sign up for TPG's cruise newsletter

Here are our picks for the five best Disney cruise destinations you can visit with your family.

Disney Cruise Line's top destination has always been the Caribbean and the Bahamas. Since its founding more than two decades ago, the brand has based the bulk of its fleet in Florida to offer sailings to the islands. Port Canaveral, which is just an hour away from Disney's Orlando-area theme parks, has always been its biggest hub.

The line is particularly known for three- and four-night cruises out of Port Canaveral to Castaway Cay and Nassau in the Bahamas. These short getaways let families get a taste of Disney cruising that some Disney fans pair with a stay at Disney World. It also regularly offers seven-night sailings out of Port Canaveral that visit such Caribbean islands as St. Thomas and Tortola.

In recent years, Disney also has built up its Caribbean and Bahamas cruise offerings from Miami, with mostly four- and five-night sailings to Castaway Cay and one other port such as Cozumel or Grand Cayman.

For the coming year, the line will have three of its five ships based out of these Florida ports at any given time. Disney Wish and Disney Fantasy will sail year-round to the Bahamas and Caribbean from Port Canaveral. Disney Dream will sail most of the year out of Miami, with Disney Magic taking its place for a short time during the summer.

When accounting for the different sizes of the ships, that's well over 60% of the line's capacity that is based in Florida for sailings to the Caribbean and the Bahamas.

Disney has been expanding its offerings of cruises to Mexico out of San Diego rapidly in recent years, with one of its five ships — Disney Wonder — now based in the city for much of the year.

Related: 11 ways to save money on a Disney cruise

Disney Wonder repositions to Alaska for the summer season before returning to San Diego.

Disney offers a wide variety of itineraries in Europe every summer, from Mediterranean voyages out of Barcelona and Civitavecchia, Italy (the port for Rome), to Northern Europe sailings out of Copenhagen and Dover, England.

Ranging from seven to 11 nights, Disney's Europe voyages each year typically take place on a single ship that sails from multiple home ports throughout the season. For 2022, that ship will be the 1,754-passenger Disney Magic; for 2023, it'll be the bigger, 2,500-passenger Disney Dream.

Typical for the shorter itineraries the line offers in Europe are seven-night sailings out of Civitavecchia to the Greek Islands that bring stops at Mykonos, Santorini and Crete in Greece as well as Naples, Italy.

A longer, 11-night itinerary starting in Civitavecchia and ending in Barcelona brings calls at Piraeus (the port for Athens), Santorini and Mykonos in Greece; Messina (on the island of Sicily), Naples and Livorno in Italy; and Toulon, France.

Among Northern Europe itineraries, Disney offers focused, week-long sailings to Norway that include calls at the Norwegian ports of Alesund, Nordfjordeid, Eidfjord and Stavanger.

Still, Disney fans won't feel like they're missing out. The one vessel that Disney does send to Alaska each year, the 1,754-passenger Disney Wonder, stays for nearly the entire summer season, from late June to mid-September and offers a distinctly Disney take on The Last Frontier.

Always beginning and ending in Vancouver, British Columbia, and lasting seven nights, Disney's Alaska sailings typically include stops at three of these four Alaska ports: Juneau, Skagway, Ketchikan and Icy Strait Point (which three vary by departure date). Itineraries also include a visit to Dawes Glacier, which is south of Juneau.

These are fairly typical ports for an Alaska cruise. But the (extra-charge) activities that Disney has organized for the ports aren't always the same as what other lines offer. As one might expect for Disney, the line has crafted some of its shore excursions in Alaska ports with special Disney touches, such as Disney character appearances at the Liarsville Gold Rush Trail Camp & Salmon Bake tour in Ketchikan. (Having done this one myself, I will say, for the record, that it's a little hokey; but it does get you a Disney character fix if that's your aim.)

Another shore excursion with a Disney touch is the outdoor Family Scavenger Hunt at Icy Strait Point, where participants join a local guide for a hunt for local items such as clam shells and native plants as well as a "special surprise" with a Disney theme.

Note that, unlike many lines, Disney does not offer one-way sailings to Alaska from Vancouver or Seattle that can be paired with add-on land tours to create an extended sea-and-land Alaska vacation — something known as a “cruisetour.” If that's what you're looking for, and you want to stick with a family-friendly line, you might want to consider the one-way cruisetour offerings from Royal Caribbean and Norwegian Cruise Line.

Disney typically offers at least one and sometimes several cruises to Bermuda each fall, ranging from quick, five-night trips to longer, eight-night sailings.

For the current year, the line plans five voyages to the island getaway out of New York City, each five nights in length with a two-day stop at Bermuda's King's Wharf.

Scheduled to depart between Sept. 30 and Oct. 26, the sailings will take place on the 1,754-passenger Disney Magic.

For 2023, Disney currently only has a single eight-night sailing to Bermuda scheduled, out of Port Canaveral, Florida. The trip will take place on the line's 2,500-passenger Disney Fantasy and include a two-day stop at Bermuda's King's Wharf as well as stops at Nassau in the Bahamas and Castaway Cay, Disney's private island in the Bahamas.

Family-friend Disney Cruise Line is a relatively small cruise brand, with just five ships (one of its biggest rivals in the family cruise market, Royal Caribbean, has 25 vessels). But that doesn't mean its itinerary choices are limited. The line offers regular sailings to the Caribbean and Bahamas, Mexican Riviera, Alaska, Bermuda and Europe.

Related stories
Chasing elite status on Alaska Airlines? A flight to California this fall could help
Flights to Auckland starting under $700 round-trip
The ultimate guide to earning elite status with United cards
American Airlines forgot it had landing slots at JFK. Then it lost some of them
Featured image by David Roark, photographer
Editorial disclaimer: Opinions expressed here are the author’s alone, not those of any bank, credit card issuer, airline or hotel chain, and have not been reviewed, approved or otherwise endorsed by any of these entities.