Articles
Gene Sloan has written about cruising for more than 25 years and for many years oversaw USA Today’s award-winning cruise site. He’s sailed on more than 150 ships.
Follow
May 22, 2022
•
11 min read 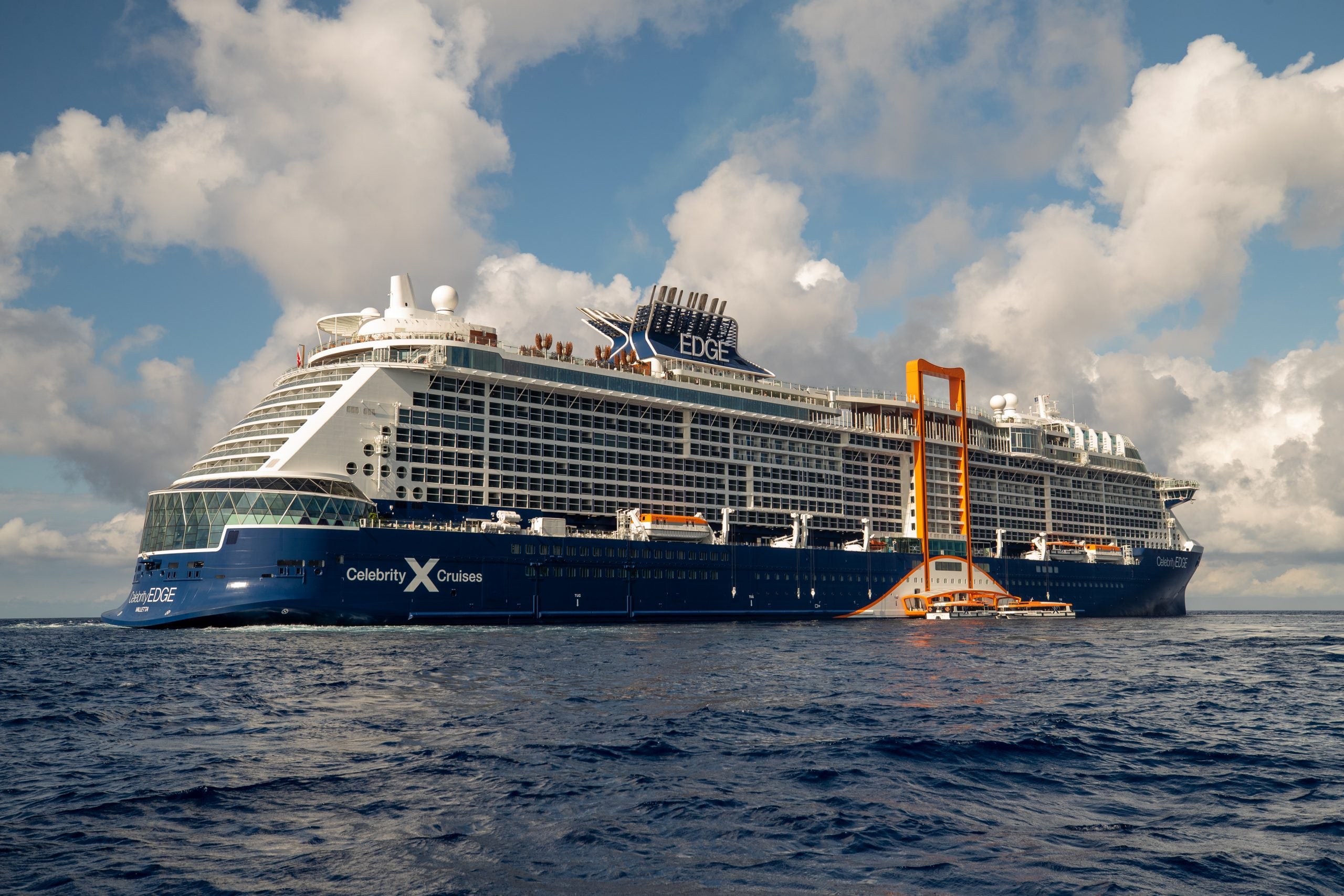 Like many of the seven big lines that account for the majority of cruises taken by North Americans, Celebrity Cruises offers a wide range of itineraries. You’ll find Celebrity ships in almost every corner of the world at some point during the year.

Still, the line’s heaviest presence, by far, is in the Caribbean, Europe and Alaska. In a typical summer, the line will deploy seven of its 12 main vessels to Europe, while sending another three to Alaska. That leaves just two vessels Celebrity typically will assign to Bermuda and Caribbean sailings.

During the winter, the line will move most of these ships to the Caribbean but also send a few to Asia, Australia and South America.

For the coming winter, 10 of the line’s 12 main ships are scheduled to sail in the Caribbean, and there will be one ship apiece in Australia and South America. The line has canceled its normal deployment of one ship to Asia due to continuing COVID-19-related travel restrictions in the region.

Celebrity is also a major player in Galápagos sailings, using three additional, very small vessels based in the destination year round.

In all, Celebrity ships sail to nearly 80 countries in a typical year, hitting all seven continents. They visit more than 300 different ports and cruise destinations. Those are large numbers, but they’re not quite as large as what you’ll find at some of Celebrity’s biggest competitors. Celebrity doesn’t offer quite as big a range of itineraries as Princess Cruises and Holland America, for instance.

Among the line’s itineraries, you’ll find everything from two-night sampler cruises to the Bahamas to 18-night voyages to Hawaii and the South Pacific. However, Celebrity isn’t known for the sort of longer, multi-month voyages and around-the-world sailings that are a hallmark of the Princess and Holland America schedules. Most of the line’s itineraries are in the one- to two-week range.

For the best Celebrity Cruises destinations for your next sailing, check out our five favorites.

Some of Celebrity’s most exciting itineraries are in Europe, where the line is a significant player. It will typically deploy more than half of its 12 big ships to the continent from spring to fall, making Europe its biggest focus for more than half the year.

The itineraries that Celebrity offers in Europe are wide-ranging, with a diverse set of routings in both the Mediterranean as well as across Northern Europe.

In the Mediterranean, the line offers everything from six- to 14-night voyages that offer the chance to see such iconic destinations as Barcelona; Rome, Florence and Venice in Italy; and Dubrovnik, Croatia, in a single cruise.

In Northern Europe, Celebrity will take you to such famed Baltic cities as Stockholm; Tallinn, Estonia; Helsinki; and St. Petersburg, Russia, in a single sailing (note that, for now, the line's calls at St. Petersburg are on hold due to the war in Ukraine). Itineraries that zero in on Iceland, Ireland, the United Kingdom and the Norwegian fjords also are available.

Among the longest sailings Celebrity offers in Europe is an unusual 14-night “Iceland and Ireland” trip that brings stops at St. Peter Port in the Channel Islands; Cork and Waterford, Ireland; Glasgow, Scotland; Liverpool, England; Akureyri and Reykjavík in Iceland; and Belfast, Northern Ireland.

In Northern Europe, Celebrity ships mostly sail out of Southampton in the U.K. and Amsterdam.

In the Mediterranean, the line’s hubs are Barcelona; Civitavecchia (the port for Rome) and Venice, Italy; and Piraeus (the port for Athens).

The line also offers some sailings out of Lisbon, Portugal.

The Caribbean and the Bahamas

Celebrity offers a broad range of Caribbean and Bahamas itineraries from three main home ports, all in Florida — Fort Lauderdale’s Port Everglades; PortMiami and the Port of Tampa.

If you’re looking for something short, the line has you covered in the form of quick, four- and five-night trips to ports in the Bahamas, Mexico and Belize. However, it also offers an abundance of seven-night sailings to Caribbean and Bahamian ports, as well as a large number of longer trips in the region that range from 10-14 nights.

At the core of the line’s Caribbean and Bahamas program are a diverse collection of six- to nine-night sailings, which break down into three broad categories:

Celebrity isn’t the biggest player in Alaska cruises. The giants of cruising to Alaska are Princess Cruises and Holland America, which are sister lines that control a large percentage of the market.

Still, Celebrity typically sends three of its 12 big ships to Alaska every summer, making it a not-insignificant operator in the area.

The Alaska cruise season is a short one, lasting roughly from May to September. For 2022, Celebrity plans to deploy these three ships to the Alaska market during those months:

The appeal of the one-way sailings on Celebrity Millennium is that they can be combined with Celebrity-organized land tours of Alaska lasting from three to six days to create 10- to 13-night “cruisetours.”

Celebrity is one of the biggest operators of cruises around the Galápagos, the wildlife-filled archipelago in the Pacific Ocean made famous by Charles Darwin.

Almost no major cruise lines offer voyages around the Galápagos due to local regulations that limit the number and size of vessels operating in the destination. However, in recent years, Celebrity has jumped into the market in a huge way with first one, then two and now three very small vessels dedicated to the destination full time.

The first thing you need to know about these three vessels is that the cruise experience they offer is very different than what you’ll experience on Celebrity’s other vessels. Just because you love cruising with Celebrity in Europe or the Caribbean doesn’t mean you’ll automatically love sailing on with the line in the Galápagos — or vice versa.

Related: The ultimate guide to Celebrity cabins and suites

For starters, the three Galápagos vessels are significantly smaller than Celebrity’s traditional ships. They hold just 16 to 100 passengers, compared to the 2,000 to 3,000 passengers that typically will be aboard Celebrity’s larger ships. This is in keeping with local regulations that say cruise vessels can’t carry more than 100 passengers.

Because of their small size, these three Galápagos vessels have far fewer onboard amenities than the bigger Celebrity ships.

But cruising in the Galápagos isn’t about the onboard experience. It’s about seeing the incredible wildlife that inspired Charles Darwin’s theory of natural selection.

To that end, all three of Celebrity’s Galápagos vessels are expedition cruise vessels — the kind that carry landing craft on board for exploring in remote areas and sail with specialized guides.

The most recently built of the vessels, the 100-passenger Celebrity Flora, is one of the newest and most luxurious vessels in the Galápagos. It boasts two penthouse suites spanning the entire width of the ship. Each measures 1,300 square feet. All other accommodations are suites, too.

Celebrity has a long history of offering voyages to Bermuda, with at least one ship on Bermuda runs every year out of Cape Liberty, New Jersey (one of the ports in the New York City area).

For both 2022 and 2023, the line has scheduled its 2,158-passenger Celebrity Summit to sail to Bermuda out of Cape Liberty, with seven-, nine- and 10-night voyages to the destination.

The shortest, seven-night Bermuda sailings only include a single, extended stop in Bermuda. During these trips, Celebrity Summit spends the better part of three days at the destination, with the rest of the seven days taken up with the long open-water sailings to and from the island.

Celebrity’s longer nine- and 10-night Bermuda sailings add in a stop at Charleston, South Carolina, and sometimes Newport, Rhode Island. That’s an unusual differentiator from the Bermuda cruises offered by other lines.

All of Celebrity’s Bermuda trips take place in May, June and July.

Celebrity offers a wide range of itineraries in cruise destinations around the world, from the Caribbean to Asia. However, you’ll find the most choices among Celebrity itineraries in the Caribbean, Europe and Alaska. The line is also well-known for voyages to the Galápagos and Bermuda. Its significant focus on Galápagos sailings, in particular, is something that sets it apart from other big lines.

Related stories
What are points and miles worth? TPG’s December 2022 monthly valuations
Capital One Venture X to lose Priority Pass restaurants and spa services as of Jan. 1, 2023
December 2022
Current Hyatt promotions: Bonus points on stays and dining plus double stay credits
Featured image by Tim Aylen
Editorial disclaimer: Opinions expressed here are the author’s alone, not those of any bank, credit card issuer, airline or hotel chain, and have not been reviewed, approved or otherwise endorsed by any of these entities.