Travel Etiquette: Is it OK to Ask to Swap Seats on Planes? 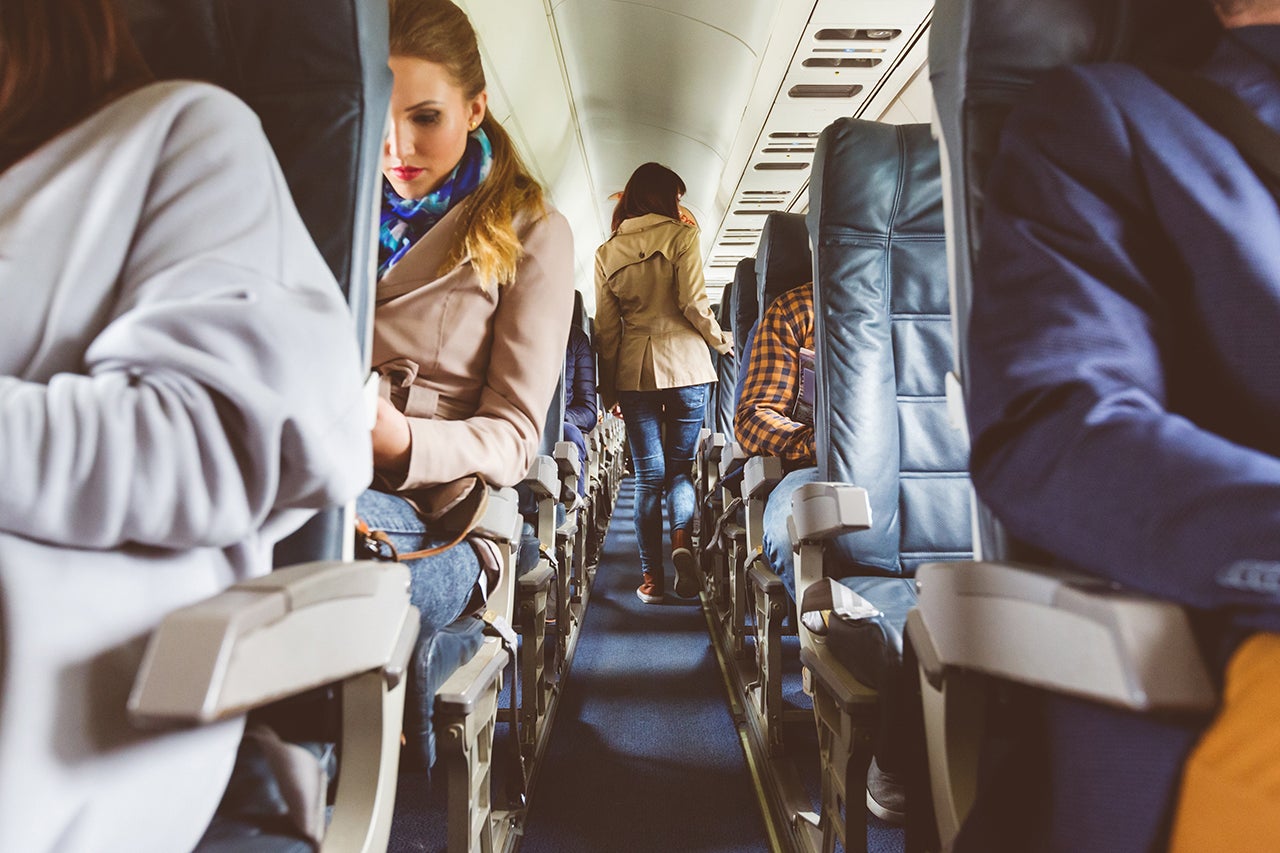 Controversies ignited by airline seating make the headlines regularly, and the last few months has seen some doozies. In May, Ryanair was accused of punishing flyers who don't opt to pay a seat reservation fee by assigning them middle seats; in July, conservative political commentator Ann Coulter threw a tantrum over a Delta glitch that didn't recognize her request to change from an exit row window, to an exit row aisle seat; and the summer rollout of Basic Economy fares (and their nonnegotiable, last-minute seat assignments) across all three major U.S. carriers are still spurring confusion and anger at airports across the country.

Luckily it is possible to trade seats, or decline a trade, without riling up every potential seatmate within earshot. Here's how.

How to manage expectations and politely ask to change seats

"Passengers are required to take the seats listed on their boarding passes during boarding and take off for a variety of reasons," says Ad van Aken, supervisor and protocol for KLM's public relations team. "It is important for the weight balance of the plane, for security reasons so we know which passengers are in which seats, and because of special requests, such as special meals or wheelchair passengers."

If you're not limited by such security or safety concerns, then let's talk about how to go about it.

Unspoken rules exist in world of passenger air travel, like how the middle seat gets both armrests or how the aisle passenger should not simply pull in their knees, but stand and exit the row to allow an inner passenger to get up and go to the lavatory. It's just common courtesy, right?

Well, the unspoken rule when it comes to seat swaps is that only better or equivalent exchanges should be offered.

For example, asking to move to an aisle seat — because you want to sit closer to your party or because you have a dangerously short layover are good excuses — and offering another aisle seat in exchange is generally acceptable. Asking to take someone's economy seat to be next to your family, but offering a middle seat in a higher class is a toss-up but worth a try. Desiring another's window seat but offering a middle without a compelling excuse is generally unacceptable.

The quiet shuffle of a flight boarding belies the intensity of the situation, and there's no guessing how stressed, tired, confused, anxious, or physically or mentally comfortable your fellow passengers might be at that moment. Accept that the answer to your swap request might be "no," and it may take many tries before reaching an acceptable swap, if you are successful.

Julia Buckley is someone who says no to swaps. The London-based journalist and British Airways Executive Club Gold flyer looks like a normal, healthy traveler (albeit a bit on the tall side). However, she suffers from chronic pain and literally wrote the book on traveling with a debilitating, but invisible, condition.

"British Airways Club World at the back of the cabin is a dream for me," says Buckley of her top seat pack. "[It's] privacy and direct-aisle access, and an 'A' seat means my trapped nerve isn't pressed up against a divider. Getting that seat makes a huge difference to how I'll feel at the end of the flight. I've only ever been asked once to give up that seat, for a couple who didn't want to be split up. They were really annoyed when I refused, and they tried to tell me how I looked like I needed an aisle seat, but I stuck with it. I don't think I'd ever give that seat up for anyone."

When the topic of seat swapping was tackled earlier this year by Quora, the consensus was that unwanted seat requests were best met with a "friendly and polite" response of "no."

"No" gets the point across, but it's hardly the hoped-for response. It takes confidence not to acquiesce, but know that you do not owe an explanation for wanting to sit in your assigned seat, unless you're asked for one by cabin crew. And even then, "because it's my assigned seat" should suffice. Keep your boarding pass within reach to prove your place. If you paid extra for a premium seat — be it extra legroom, nearer the front of the plane or in a higher class entirely — that is a contract you've entered into with the airline for a provided service, and makes "because I paid for it" a stronger rejoinder.

Remember that some things are beyond your control

Aircraft swaps, irregular operations and ticketing conundrums can cause even the best-prepared flyers to find themselves separated from family or downgraded and forced into the last available seat (a middle within sniffing distance of the rear lavatories, naturally), so approach every request with a grain of compassion.

If the situation is serious — and there any number of ways it can be, from crew having to move passengers for safety reasons to managing the weight and balance of the aircraft itself — the only acceptable response is to follow the instructions of the crew or be in violation of Federal Aviation Administration (FAA) or local aviation governing body regulations and risking removal from the plane, fines or arrest.

"There are also seating restrictions based on safety for minors, persons with reduced mobility, and passengers traveling with infants," notes KLM's van Aken. "For instance, traveling younger than 12 are not allowed to sit in exit rows."

Safety and security demands aside, it's also worth noting that KLM is very pro–passenger choice, even opening up the seat assignment process to social media with the "Meet and Seat" program, where you can "view other passengers' Facebook or LinkedIn profile details and see where they'll be sitting" and join them. Introverts will be happy to hear that Meet and Seat is entirely opt-in.

If a seat swap request looks too good to be true, then it probably is.

Although I personally fly an average of 200,000 miles each year and in a range of cabins, I've only ever encountered blatant deceit in a seat swap twice, the most memorable being just before the start of a nonstop from New York to Delhi on an Air India Boeing 787 Dreamliner. It's an aircraft known for being a bit narrow in economy, and the thought of my aisle seat assignment was the breadcrumb I needed to squeeze an ounce of enjoyment from the long journey.

My seat was an aisle on the middle section, and I was approached by a passenger looking to trade, and pointing to a left section aisle seat further up in the cabin. Same-same, right? I moved, but a minute later another passenger was standing at my shoulder, saying that I was sitting in their assigned seat. As it turned out, the person angling for my aisle seat had simply pointed to a seat they knew they did not have, but was still open at the moment, in a bid to get me to move with no questions asked. The swapper's plan backfired when I returned and asked to see their boarding pass. Upon discovering that their assigned seat was a middle, I did not meekly accept the twist but demanded my original seat returned to me.

No matter if you are the swapper or the swappee, confidence and a little compassion are key to getting or keeping a good seat assignment. And don't lie. Airplanes are tiny enough spaces without making enemies.