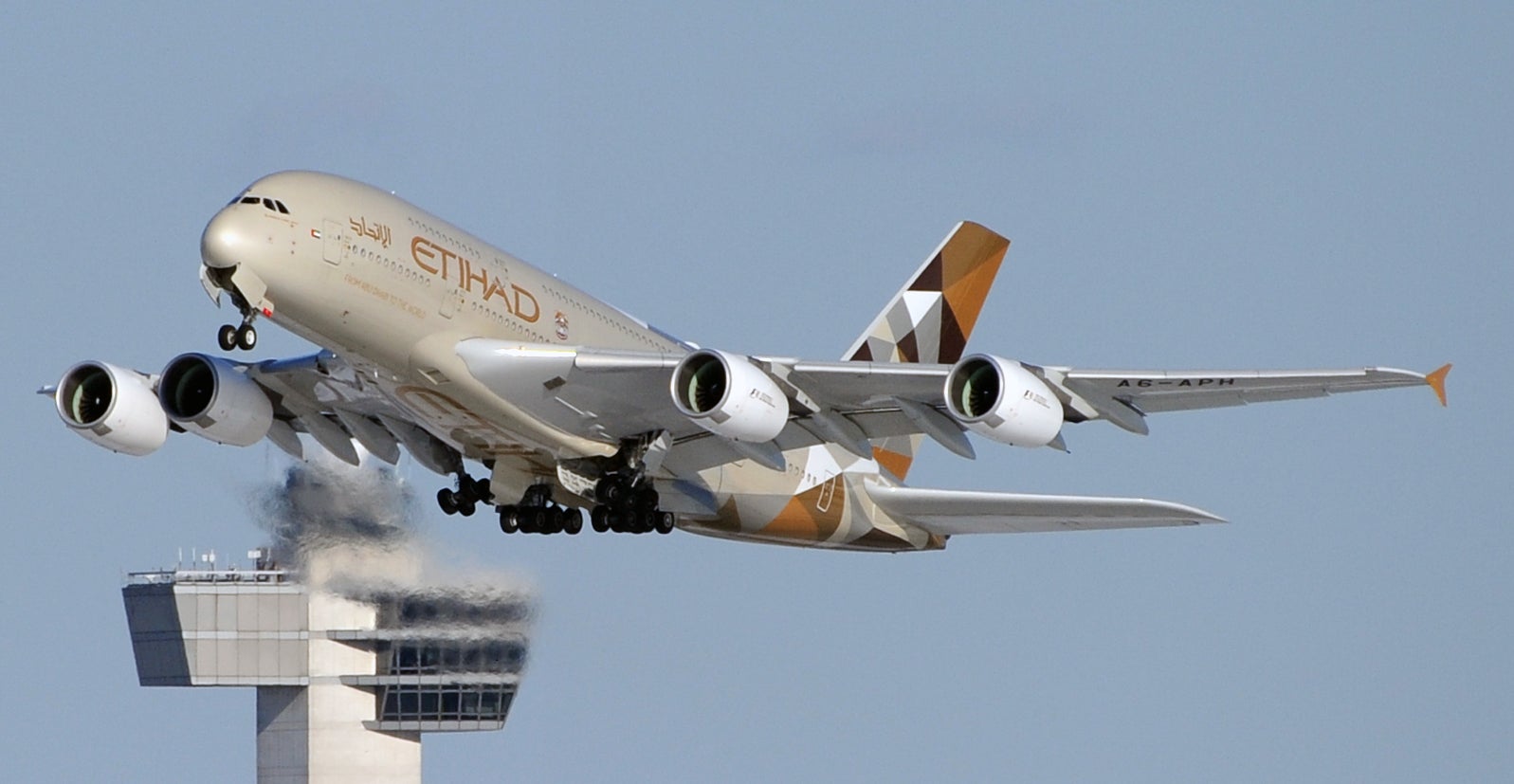 How to Get a Lap Infant Ticket When Booking Etihad Using American Airlines Miles
This post contains references to products from one or more of our advertisers. We may receive compensation when you click on links to those products. Terms apply to the offers listed on this page. For an explanation of our Advertising Policy, visit this page.

My quest for answers on a lap infant quandary started with a direct message sent to Mommy Points on Instagram from a family that was scheduled to travel from India to the United States in Etihad Airways business class using American Airlines miles. Their problem? Neither Etihad nor American (the two, by the way, may be nearing a breakup), would issue their new baby a lap infant seat, even though the couple already had fully issued tickets for themselves.

As I soon found out, this wasn't a new issue, but it was a real problem. I was repeatedly told by fellow frequent flyers that it was impossible to get an infant ticket issued on Etihad business or first ticket when redeeming American Airlines miles. That said, this wasn't a rule posted anywhere I could find.

Many points and miles enthusiasts know the friction between the ticket issuer and operating carriers on partner-airline award redemptions. (I should also note here I had read Gary Leff’s recent account where it took a conference call between an American Airlines rep, a Qantas rep and himself in order to get a lap infant ticket issued for his baby to fly a Qantas first class ticket paid with American Airlines miles.)

As someone who has booked her own lap infant on several business class flights, I was up for the challenge of finding a solution to this quagmire. TPG has covered issues related to booking lap infants on partner awards and the case of Alaska Airlines requiring full redemption tickets for lap infants (ie. paying adult prices for a seat). My research led me to lots of stories of families struggling to book lap infant awards on partner airlines.

The family who reached out to TPG had ultimately given up and instead redeemed their American Airlines miles on Cathay Pacific, despite the 25% cash fare they were charged for their lap infant award on that carrier.

In order to help keep other families from being stuck in this predicament, I waded in. After three hours of phone calls with American and Etihad agents, I finally was able to book an Etihad lap infant ticket paid with cash even though the business class ticket was booked with American miles.

With what I learned, so can you.

Adding a Lap Infant to an American Airlines Partner Award

First, I booked a flight from the Maldives to Abu Dhabi in business class for 30,000 American Airlines AAdvantage miles and $72 AUD. I then called the Australian American Airlines number because they sometimes have the best view of the Etihad upper class availability. The ticket took almost 24 hours to go from pending to ticketed. Note: When you make the initial award booking with American, the airline will give you the partner airline’s confirmation code over the phone. Write this down, as you’ll need when you call the partner airline to add the infant's ticket.

This is how my reservation looked on AA.com after it was ticketed. It was just me flying all alone with a misspelled last name. Note that the record locator on this ticket is American's own, not Etihad's; you must get that over the phone. (And don't worry, I'm not actually flying this ticket and it has already been canceled.)

From what I could ascertain, previously when booking on a partner airline using AAdvantage miles, American had to issue the infant seat. This created issues because, domestically, American does not have individual tickets for infants. However, I was told that the policy recently changed; now American Airlines only issues infant tickets for British Airways-operated flights when travelers are making an award booking. For other partner awards booked with American miles, the operating carrier must now book the infant ticket.

Update: The information given from American seems to not be fully correct as there are still reports of infant tickets being issued on some other partners, though not on all partners or in all cases.

The big question was: Do the operating carriers know that they may have to be the one to issue lap infant awards and are they willing to follow those procedures?

After 30 minutes on the phone, I was given a lap infant ticket price of $532, or 10% of the cash fare for an adult ticket. I also was told that adding the lap infant could only be done over the phone.

You can see from my original airline ticket below that it was issued with an 001 number, which is an American Airlines ticketing number. My lap infant, on the other hand, has an Etihad ticket number starting with 607. The Etihad Airways ticket shows the booking for my fake child named Peter. The infant's ticket never appeared on my American Airlines booking.

I charged the lap infant ticket and was assured that it could be canceled for free within 24 hours. When I later called back to cancel the ticket, since this was all just a test, Etihad initially tried to charge me a $25 cancellation fee. When I reminded the airline of the 24 hour cooling-off period that allows for free cancellations, however, it was processed without an issue.

While this scenario may only apply to a small number of families, there's a bit of a rush to book awards on Etihad using American Airlines miles at the moment, so we are relieved that booking a lap infant now seems possible. That said, know that when you are using miles to book an award on a partner airline, adding a lap infant is not always easy, and in the case of at least Alaska miles, not always possible.

Have you tried to add an infant to a partner booking and what issues have you come across?