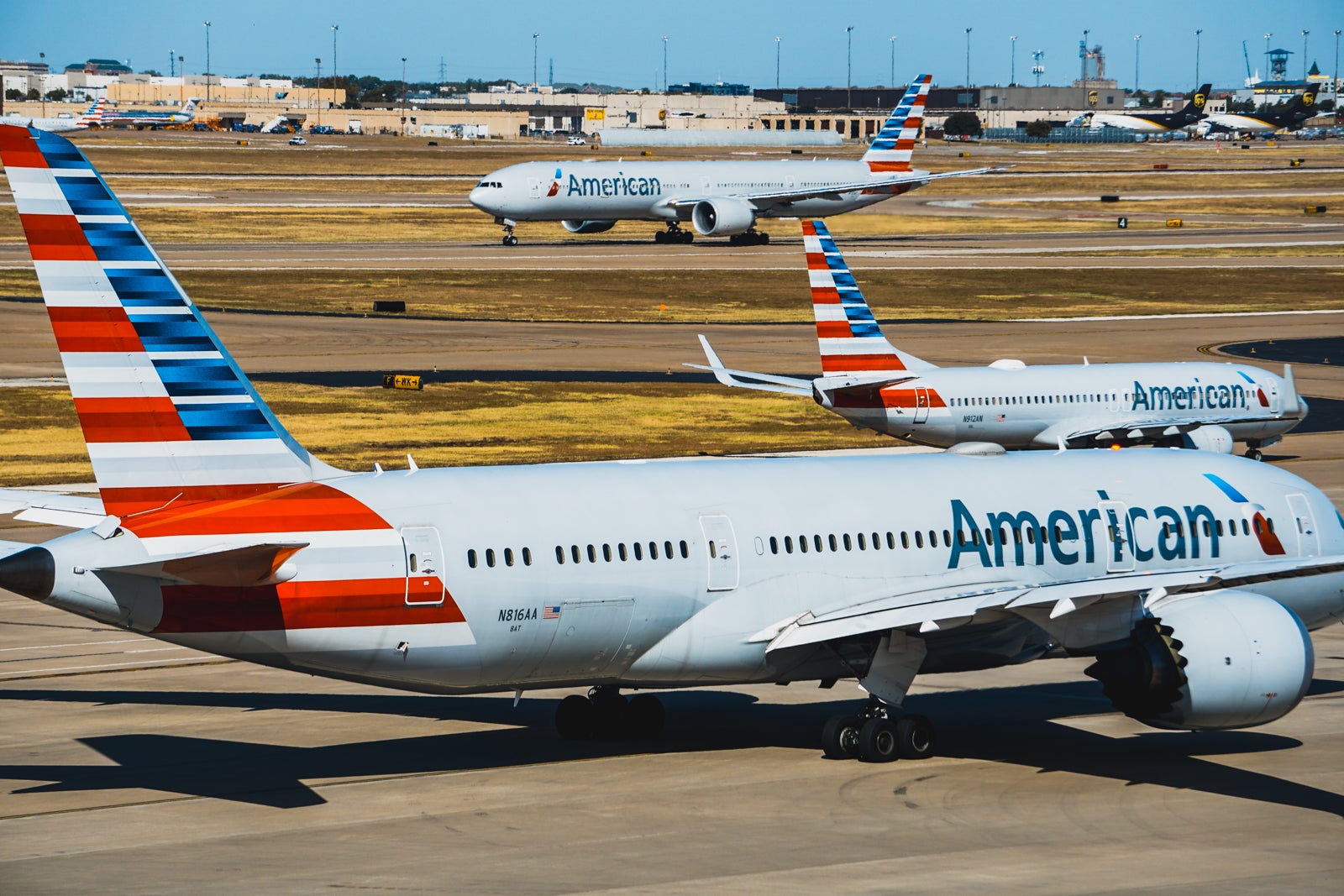 If you're in the same situation, here's how to check how much of your Amex airline fee credit you have remaining.

Note: In this article, I'm focusing on what expenses are reimbursed for cardmembers that have already selected American Airlines as your airline. If you haven't picked an airline yet, you're going to want to read this guide to choosing an airline for your Amex airline fee credit.

What the Amex airline fee credit is supposed to reimburse

There are not a lot of specifics in the American Express card terms and conditions about what's covered. The T&C only state that the airline fee credit is for "incidental air travel fees" — which "must be separate charges from airline ticket charges" and can be charged by both "Basic and Additional Card Members."

While there aren't many details about what's covered, American Express provides a specific list of what types of transactions "are not deemed to be incidental fees," including:

That generally means expenses such as checked baggage fees, change fees, phone reservation fees, pet flight fees, lounge passes, lounge memberships, seat assignments, inflight amenities and inflight entertainment fees are reimbursed. But, as you'll see below, not all of these expenses are reimbursed on American Airlines.

One thing is for sure: You're going to want to pay to select a seat, pay for baggage, seat selection and other fees separate from the original flight purchase. If you purchase these add-ons as part of the airfare purchase, they're not going to be reimbursed.

Also, there are other requirements to keep in mind. First, you need to make your airline selection before making the purchase. The credit can't be applied to a purchase you made on another Amex card, so make sure to put the purchase on the correct card.

Also, the airline itself has to be the merchant. That means that you won't be reimbursed for Wi-Fi access fees charged by Gogo, ViaSat or Panasonic on American Airlines flights.

Related: Top cards with airline fee credits: Make change, cancellation and baggage fees a thing of the past

Here are the results (so far) of the purchases I've made in November 2019:

Food and drink in Admirals Club: Much of the drinks and food — including new fresh options like mac and cheese — in Admirals Clubs is complimentary. However, some locations have additional fresh food options for sale and many alcoholic drinks require payment. Looking for a quick non-alcoholic option before an early morning flight out of Los Angeles (LAX), I ordered a Red Bull and paid $5.38 after tax and tip. The expense was automatically reimbursed a few days later.

Mileage multiplier (online): AA gives flyers numerous chances to "enhance your trip" by buying miles through its Mileage Multiplier program. Unlike United — which can offer decent rates for buying miles this way — AA charges steep rates for this method. The least-expensive option that I found on my upcoming trips was to buy 1,250 miles for $40.31 — a rate of 3.2 cents per mile. Thankfully the purchase was automatically reimbursed three days later.

While the purchase rate is high, this is a good way for AA elites who have selected AA as their airline to use their credit, as they may not have many other incidental fees. You'll want to wait until after you purchase your flight to add on the mileage multiplier to make sure that the purchase is charged separately from the airfare purchase.

Mileage multiplier (kiosk): If you didn't buy additional miles during purchase or online check-in, AA gives you yet another chance when you check in at an airport kiosk. The least expensive option I was given was to buy 5,000 miles for $161.25 — the same awful rate of 3.2 cents per mile. But, for the sake of research, I bit the bullet and made the purchase. Thankfully, the purchase was reimbursed three days later.

Same-day flight change: AA gives travelers the option of changing their flight within 24 hours of departure through the Same Day Flight Change program. The change is free for Platinum Pro and Executive Platinum elites but costs $75 for everyone else. So, when one of my TPG colleagues wanted to change her flight after a recent meeting, I offered up the chance to charge my Hilton Honors Aspire Card for the fee. Sure enough, the expense was reimbursed three days later.

Elite 500-mile upgrades: American Airlines elites earn and use 500-mile upgrades for upgrades on flights within North America. If elites run out of upgrades, they can buy more for $40 each. Although I had 24 upgrades in the bank and I don't need to use any as AA Executive Platinum elites get unlimited complimentary 500-mile upgrades, I tested a purchase and the $40 was credited back to my account three days later.

During online check-in for a flight from Newark (EWR) to Charlotte (CLT), a TPG colleague got an offer to pay $69 upgrade his AA flight. I offered up my credit card to test if it would be reimbursed. No credit was automatically applied, so I messaged Amex a week after the purchase. The agent said to check back 14 days after the purchase was made. When I did so, the Amex agent manually processed a credit for this purchase.

Other reports of which expenses are reimbursed

I checked with TPG readers in the TPG Lounge to see what other types of expenses have been successful at getting reimbursed. Here's what they reported:

If you haven't requalified for AA status this year, AA's been sending out elite status boost offers. The rates that AA is charging are generally not worth it. However, if you're considering paying to boost your status, Twitter user PointsEnthusiast reports that the fee triggered the airline fee credit on his American Express Platinum.

There's a thread on FlyerTalk dedicated to the topic of which American Airlines expenses are reimbursed through the Amex airline fee credit. Here's a quick rundown of what TPG didn't test that FlyerTalk users have reliably reported works:

On the flip side, the following types of expenses reliably do not work:

Just note that these data points range over the past few years, so expenses that have been reimbursed in the past may no longer work.

How long it takes for the credit to post

The card benefit terms and conditions say that cardmembers should "allow 2-4 weeks after the qualifying incidental air travel fee is charged to your Card Account for statement credit(s) to be posted to the Card Account."

However, for many test purchases, the credit automatically posted around three days after the purchase was made:

For the expenses that haven't been credited yet, I checked in with an Amex chat agent about how long it might be before the expense is reimbursed. The agent stated the "2-4 weeks" language from the T&C before noting that I could inquire 14 days after the transaction has posted to request that the credit is manually applied:

Either way, I'd recommend using your airline fee credits sooner rather than later — especially if you're trying to use it on expenses that have mixed reports on whether or not it works. That way you'll have time to make another purchase to finish off your credit if prior purchases don't end up being reimbursed.