Why some booze tastes better on planes 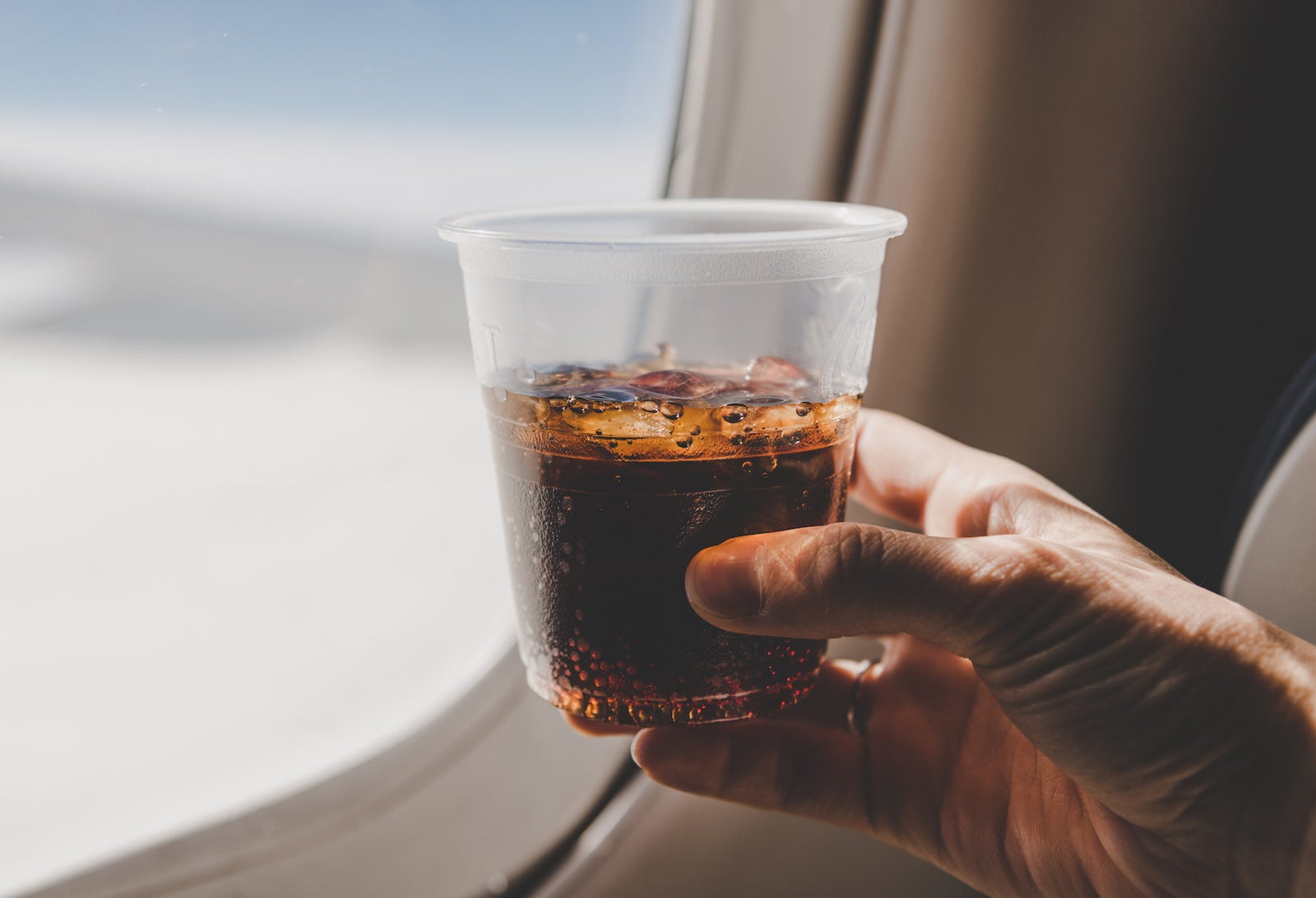 Why some booze tastes better on planes
This post contains references to products from one or more of our advertisers. We may receive compensation when you click on links to those products. Terms apply to the offers listed on this page. For an explanation of our Advertising Policy, visit this page.

There are things I do on planes that I wouldn’t normally do on the ground. Wearing pajamas in front of strangers and drinking before lunch are both on that list.

Even before the doors close on a plane, the rules change for many of us. And so do our tastes.

Part of it is physical. The lack of humidity and air pressure interferes with our taste receptors, and engine noise also plays a part in dampening our sense of taste and smell.

Then there’s the psychological side. Unless you’re on an all-work-no-play trip, there’s usually a sense of excitement about what's ahead. You’re on an adventure and it seems rude not to raise a glass to that.

Although Boeing’s 787 Dreamliners and Airbus’ A350s manage to save some of our taste sensations by increasing the humidity in the cabin, their LED lighting systems can add to the "I think it’s time for a cocktail" mood.

So what are some of the best choices when you reach cruising altitude? Let’s take a look.

As one of three experts on Singapore Airlines’ wine panel, Michael Hill Smith, Australia’s first master of wine, spends a lot of time tasting wine on the ground and in the air.

Michael says the flying experience is stacked against wine: Our sense of taste is dulled, wines aren’t always served at the best temperature and the size of wine glasses in business and first class are relatively small compared to those in a good restaurant. Meanwhile, back in economy, drinking out of plastic is like drinking wine at a picnic. We’ll still drink it, but it’s not the same.

To hold their own in the air, Michael says wines that are more aromatic and boisterous like riesling and sauvignon blanc work best. “Wines that have good lively fruit are good in the air, including Australian wines, which are noted for having really lovely intense fruit flavors," adds Michael. "It’s not surprising that Australian wines do well with airlines internationally.”

One of American Airlines’ master sommeliers, Bobby Stuckey, adds that the vintage can be as important as the varietal. “If it's from a cooler, leaner vintage, it might not be as expressive at altitude. A specific example that might work well on the ground but not in flight would be a 2014 Chianti; it might be delicious on the ground but just might not have the stuffing for inflight because 2014 was a very cool, wet vintage,” says Bobby.

Thanks to the bubbles that bring out their aroma, Champagne and sparkling wines do well in the sky, though they generally won’t seem as aromatic or fulsome in the air. All the more reason to savor a glass before takeoff if you’re lucky enough to be offered one.

And when it comes to Champagne tastes, I bow down to a woman who told Michael Hill Smith that she chooses the airline she flies on based on the Champagne they’re serving in business class. One day, I tell myself, one day.

There are some people who believe Bloody Marys are best enjoyed on a plane. I know, because I’m one of them. Unless there’s a plane or an airport lounge involved, I rarely order a Bloody Mary, but put a boarding pass in my hand and it’s my go-to cocktail.

Clearly, I’m not the only one. When Lufthansa noticed they were serving as much tomato juice as beer in the air (which for a beer-drinking nation is a lot), they turned to a Munich-based research organization, The Fraunhofer Institute, for answers. Researchers put people in a flight simulator complete with cabin pressure and engine noise and found that the subjects consistently rated tomato juice as tasting fresher and better in the fake plane than in a normal environment.

Antony McNeil, Singapore Airlines food and beverage director, says other key Bloody Mary ingredients, including umami-rich Worcestershire sauce and Tabasco, provide heat, vinegar and salt flavors, making the drink even tastier on a plane. This flavor-packed cocktail smashes through any dulled sense of taste or smell, is packed with vitamins and minerals and is rich in lycopene, which has been shown to reduce inflammation.

Unfortunately, a lot of tomato juice is also packed with salt, which can lead to swollen feet, legs and hands, so it’s a good idea to check the ingredients to see if you should go easy on your favorite in-flight tipple.

“The gin and tonic has saved more Englishmen’s lives and minds than all the doctors in the Empire,” said Winston Churchill. A lot of things have changed since his day, but the British still take their G & Ts seriously.

So much so that in May, British Airways released a gin that was specifically designed to be consumed in the sky. Distilled in Edinburgh, Pickering’s British Airways gin has 10 British botanicals, including rose petals and heather. It’s the addition of the bold citrus of lemon myrtle that gives it a depth of flavor that works well on a plane. Considering that it’s made for the sky, it’s surprising that British Airways decided to make the gin as a limited edition that’s only available on short-haul flights.

When it comes to picking a gin for the drinks trolley, Singapore Airlines’ McNeil says they look for a spirit with a balanced fresh flavor and light botanical notes. “A little like wine, we look for gins that are less bitter and that work well for inflight," says McNeil.

Dry gin also works well in Singapore Slings, which are shaken (not stirred) in all cabin classes and all sectors of Singapore Airlines’ network.

When it comes to whiskeys, Scotches and bourbons, those with stronger aromatic profiles come out on top. Straight, on the rocks and a simple Scotch and soda are all popular choices. If you want to mix things up a bit, you can also make an egg-free twist on a Whiskey Sour. Just add bourbon, sugar from a packet and the juice from some lemon slices and stir.

And don’t worry about looking at your watch. As American Airlines' Stuckey puts it, our daily rhythms change when we enter an airport and get on a plane, so we’re entitled to have a cocktail earlier in the day.

So, what will you be having?